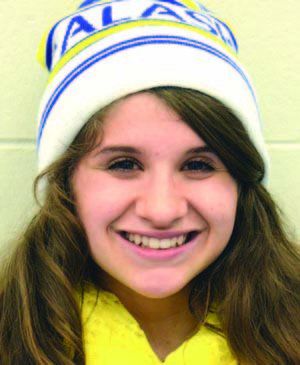 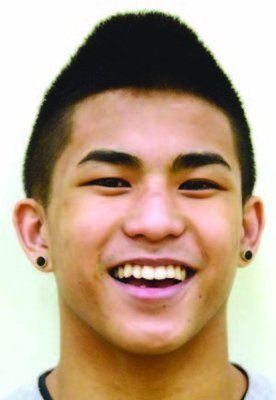 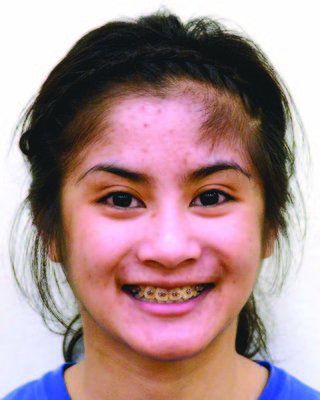 Moving from Michigan to Kodiak four years ago, Izzy Riina had never heard of the Arctic Winter Games.

Neither had Kyrstal Fabricante or Joel Valdez.

The three Kodiak High School students will experience first hand what the games are all about as members of Team Alaska.

Riina is playing on the volleyball team, while Fabricante and Valdez will both be competing in wrestling.

All three are excited to represent Alaska.

“I love volleyball, so anything to do with it, I would be willing to do,” said Riina, who is making her first trip to Fairbanks. “To be on Team Alaska is a really cool opportunity.”

Riina, a junior, first heard of the games from one of her high school coaches. She filled out an application, tried out for the team and made it.

Since Riina plays for the Anchorage-based Midnight Sun volleyball team, she said she knows most of her Team Alaska teammates. Like in high school, Riina will play libero.

“I have to control the back row and the defense,” she said. “I have to always be really positive, talking and communicating.”

What is she looking forward to the most?

“Mostly meeting and competing with other athletes from different countries and talking and making new friendships,” she said.

Valdez won a state 4A title in February and is anxious to test his skills against different wrestlers.

“I’m excited to represent Kodiak and Alaska,” he said. “It seems like a big honor.”

The wrestling tournament begins Monday and ends Friday. When Valdez is not on the mat, he is looking forward to watching the other sports. The Arctic Winter Games consist of 20 sports and several cultural events.

“It seems really cool and neat,” he said. “It will be cool watching the different sports I haven’t seen.”

Fabricante, a freshman that just competed at the girls state championships, is excited to be extending her season.

“I’m looking forward to wrestling my best; I don’t know what to expect,” she said.

Fabricante also heard about the games through a coach. She filled out an application not expecting to be picked for the team. It surprised her when she was notified that she made the cut.

“This is a once-in-a-lifetime kind of thing,” said Fabricante, whose older sister, Charmaine, is a guard on Kodiak’s girls basketball team that will be playing at the state tournament the same time the Arctic Games are going on.

Former Kodiak wrestler and Arctic Winter Game athlete Michelle Canete is coaching the Alaska girls. She has been helping Fabricante and Canete the past few weeks.