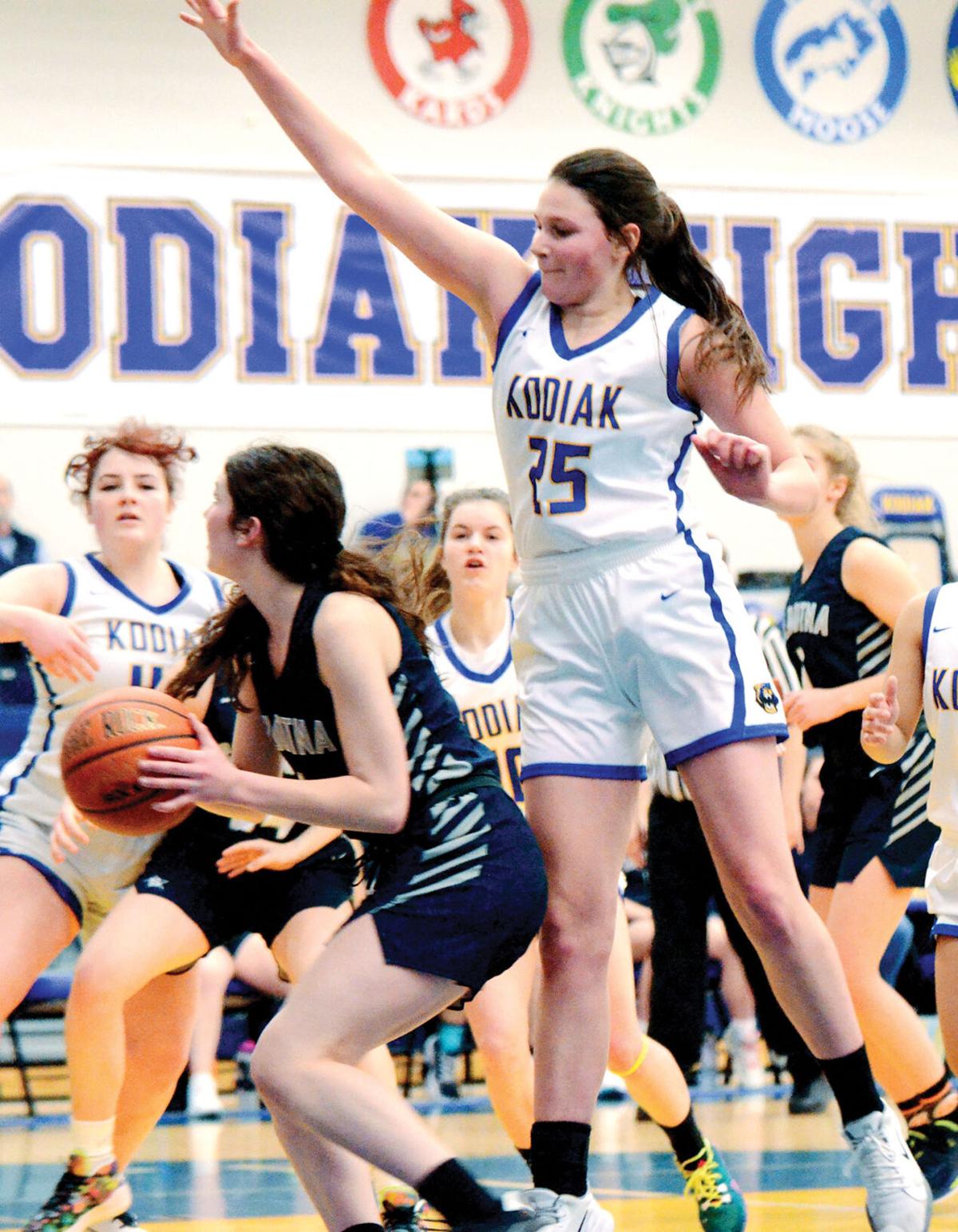 Kodiak’s Serenity Bushell (25) hovers over a Soldotna player during a high school basketball game on Dec. 30 in Kodiak. 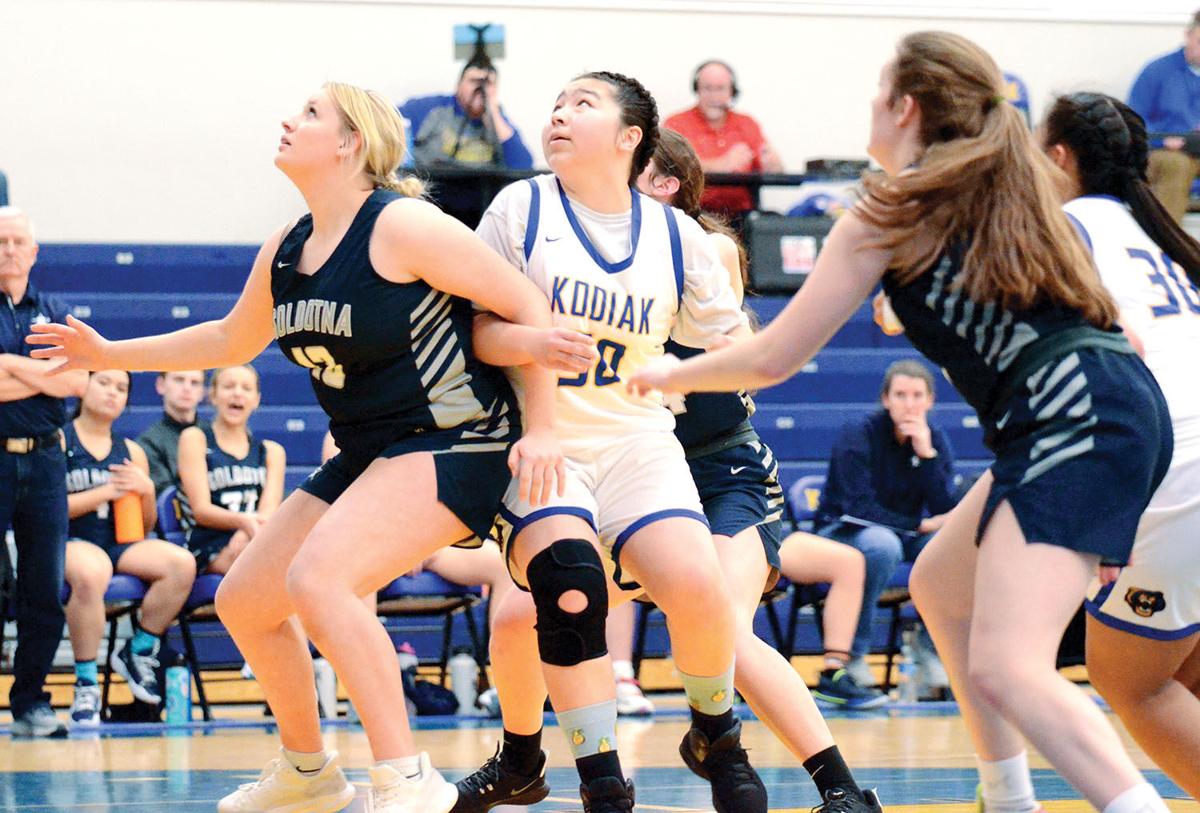 Kodiak’s Serenity Bushell (25) hovers over a Soldotna player during a high school basketball game on Dec. 30 in Kodiak.

The scoreboard said it was an 11-point loss, but it felt much closer.

In a game that the Kodiak girls lead until the third quarter’s final play, Soldotna exited with a 39-28 Northern Lights Confernce victory Thursday at Kodiak High.

But this game had a different feel than the previous 11 losses to Soldotna. Kodiak held the lead for nearly the first 24 minutes and only trailed by one with 5:29 left in the fourth.

“We could have won it. We gave it to them by getting over anxious in the fourth period,” Kodiak fill-in coach Debbie Rohrer said. “I felt like we rushed things, making poor passing choices and shot choices.”

With timely shooting and defense, Kodiak led by as many as four in the second half and looked primed to pick up their first NLC win since 2019 and their second victory in the last 43 conference games.

“I don’t know if they have been in a conference game that has been that close in a long time,” Rohrer said. “I told the girls that I am super proud of them.”

An Anastasia Solomon inside basket gave Kodiak an 18-14 lead with a minute left in the third. The senior post paced Kodiak with nine points, including going 5-for-6 from the free-throw line.

“She had a great game,” Rohrer said.

Soldotna reeled off the quarter’s final six points, including a backbreaking Alex Lee 3-pointer at the buzzer that gave the Stars their first lead at 20-18.

Consecutive buckets by Ellie Burns and Lee pushed Soldotna’s lead to six to begin the fourth.

Behind a Marielle Mangrobang deep ball — her second of the game — and an Avie Arevalo layup, Kodiak closed to 26-25 midway through the fourth.

That was as close as the Bears would get, falling for the third time in four days. Kodiak went 1-2 during the 54th Joe Floyd Christmas Tournament.

“There is a huge improvement from Monday to today (Thursday),” Rohrer said.

After the game, the girls gave Rohrer a present and card and asked if she was traveling with the team to the Northern Lights Conference Championships in March.

“It was fun. The girls were great. I missed the camaraderie with the kids,” Rohrer said. “The last year-and-a-half with COVID, that is 100 percent of the part of what I missed with my job. It was nice.”