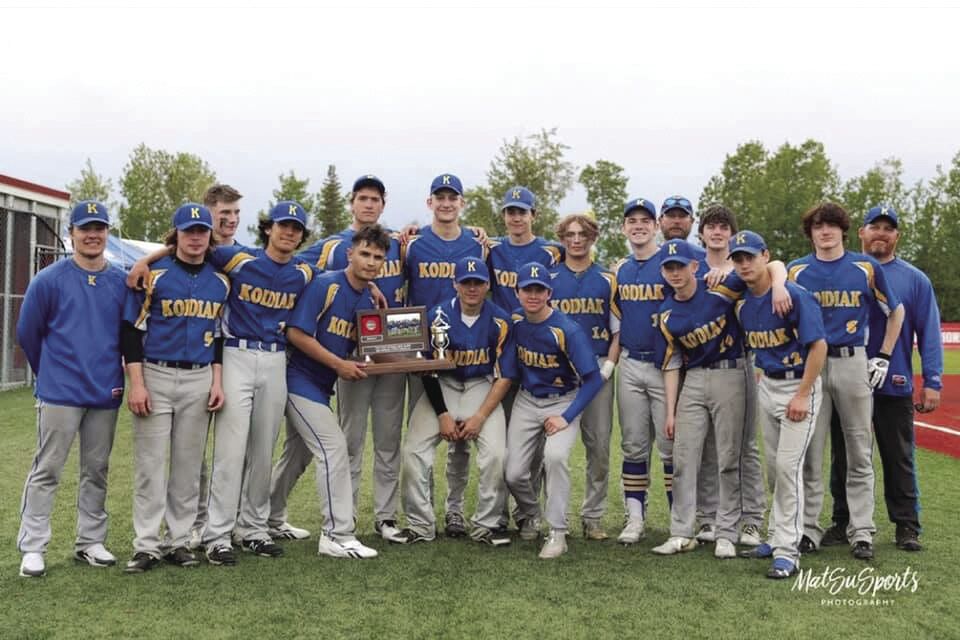 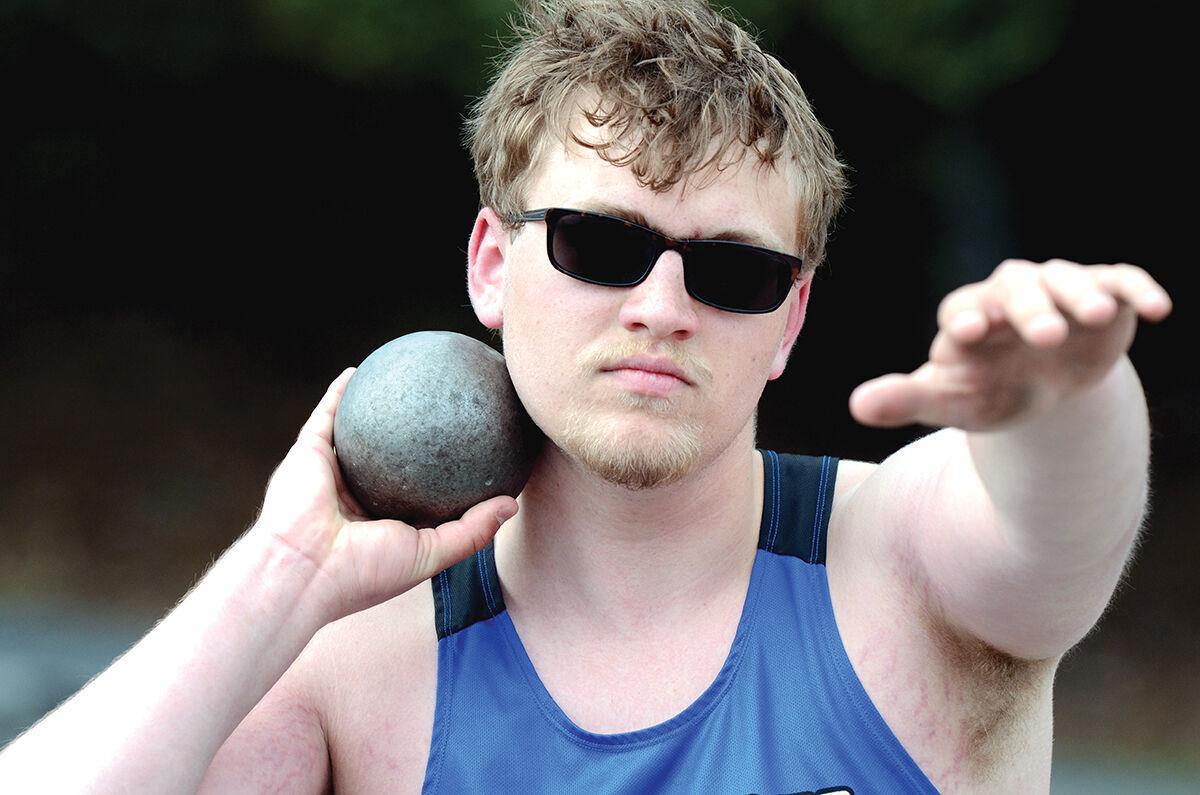 Kodiak’s Orion Harper throws the shot put during a track and field meet earlier this season at Joe Floyd Track and Field. 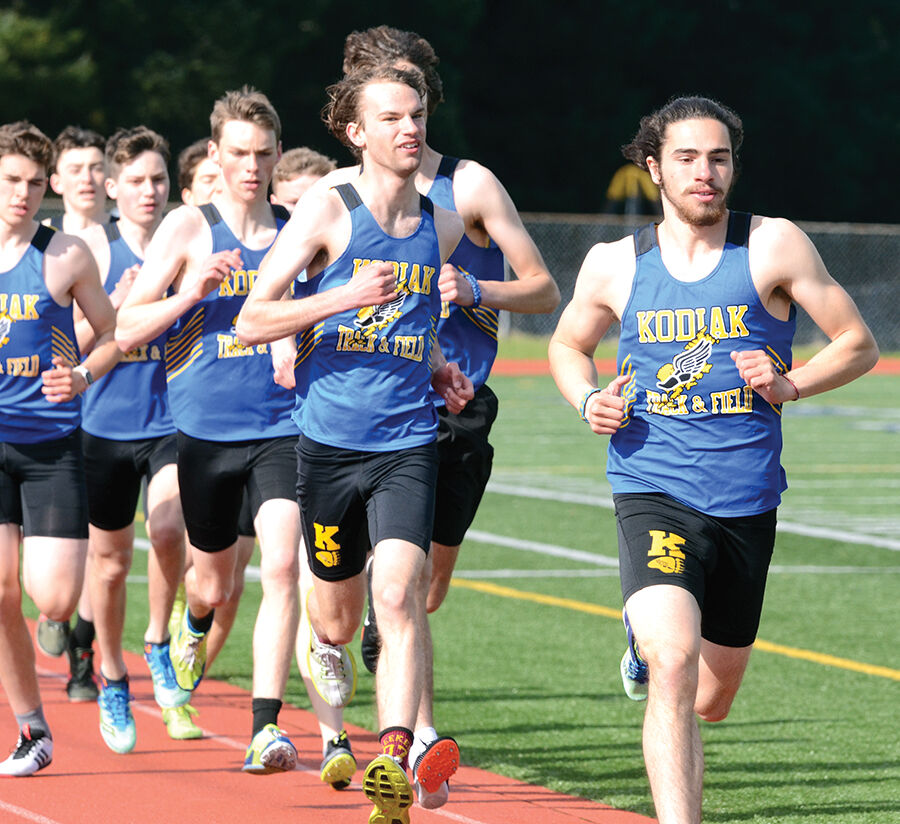 Kodiak’s Micah Fields leads the field in a 3,200-meter race during the Kodiak Invitaitonal earlier this season at Joe Floyd Track and Field. 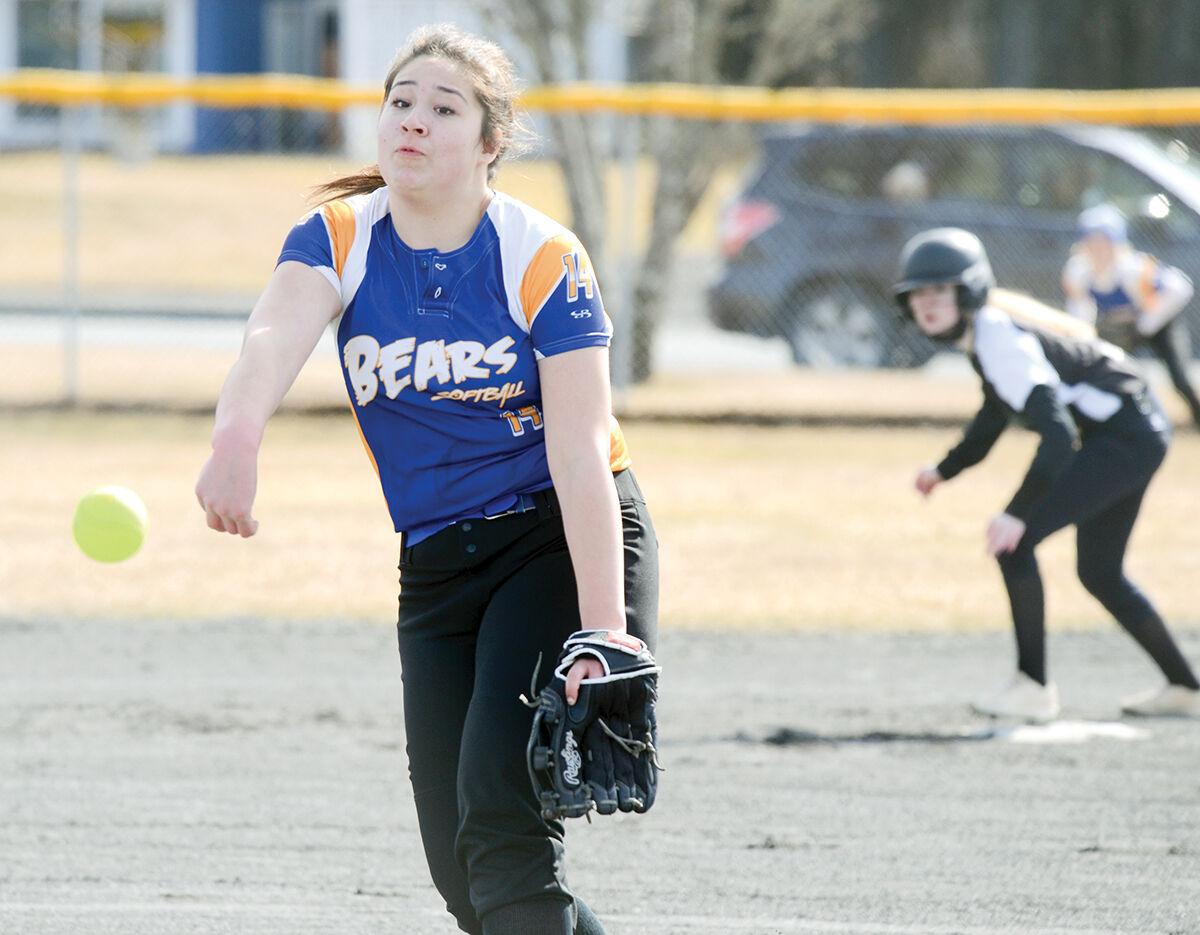 Kodiak’s Orion Harper throws the shot put during a track and field meet earlier this season at Joe Floyd Track and Field.

Kodiak’s Micah Fields leads the field in a 3,200-meter race during the Kodiak Invitaitonal earlier this season at Joe Floyd Track and Field.

In the words of Bugs Bunny, “That’s all folks.”

The short — but jam-packed — Kodiak High sports season closed on Saturday when the baseball team ended a marvelous run through the Division II State Championships with a runner-up finish.

As sports fans, we’re lucky to have players and teams to cheer for during the spring. We were not as fortunate when the school year started back in August, as fall sports, then most of the basketball season was still on hiatus because of the pandemic.

Sports slowly opened up as the calendar turned to 2021, and by the end of March, Kodiak’s basketball teams headed off-island to the Northern Lights Conference Championships. The trip to the Mat-Su Valley was the first for an island team since February 2020.

That opened the door for the spring teams and gave sports-deprived rooters something to follow.

As always, I wrap up every high school sports season by ranking the top 10 stories. This year’s list, as expected, is heavy with spring headliners.

Beginning the top 10 list is the return of prep sports. Kudos goes to the Kodiak Island Borough School District and activities director Debbie Rohrer for getting the students back on the playing fields.

Elan Hilty emerged as the star of the Kodiak girls track and field team. The sophomore moved to No. 4 on the school’s all-time high jump list by clearing 5 feet during the F/V Invincible Pentathlon.

“It was the perfect day — sunshine and a big crowd watching,” Kodiak coach Ashley Mortenson said. “She beat all but two of the boys in the high jump, which I think gave them a healthy respect for her skills.”

She later placed fourth at the Division I State Track and Field Championships with a jump of 4-10.

“She has been the driving force,” Kodiak coach Tom Bolen said. “She motivates the girls by her play, her spirit and her love for the game ... I told her the other day of how proud I am of her and what she has meant to the program.”

Even though Spear played only two games during the basketball season, the 6-foot-2 post was placed on the NLC first team. She ended her career with 697 points despite missing a season’s worth of games due to the pandemic.

Read below for Spear’s swimming accomplishments.

The Bears finished second at the Northern Light Conference Championships and tied for seventh at the Division II State Championships.

The state tournament was only Kodiak’s third meet of the season. The wrestling season was shifted from the fall to the spring for COVID-19 precautions, and wrestlers were required to wear masks while competing.

“I couldn’t be prouder of any other team,” Kodiak coach Junior Valladolid said. “This team came together, were by each other, rooted for each other and worked towards their goals. They went through something that no other team has done.”

The wrestlers finally hit the mat in April, and Olivia Troxell and Hannah Finley didn’t disappoint. Both earned podium finishes at the girls’ state championships.

Troxell, a junior, placed third at 119 pounds, while Finley, a sophomore, was fifth at 145 pounds.

The state tournament was only Kodiak’s third meet of the season. The wrestling season was shifted from the fall to the spring for COVID-19 precautions, and wrestlers were required to wear masks while competing.

“I couldn’t be prouder of any other team,” Kodiak coach Junior Valladolid said. “This team came together, were by each other, rooted for each other and worked towards their goals. They went through something that no other team has done.”

Micah Fields was one of the few who made headlines during the fall and the spring as he continued Kodiak’s gloried history of producing long-distance runners.

In the fall, Fields, a junior, placed 10th in the Skinny Raven Alaska Team XC Championships with a 5-kilometer time of 16 minutes, 43 seconds. His time won the state invitational race.

Fields posted the ninth-fastest 3,200-meter time in school history at the Division I State Track and Field Championships during the spring. His time of 9 minutes, 41.48 seconds earned him a runner-up finish.

Kodiak High’s baseball team picked up two dramatic, late-game victories in their first state tournament appearance since 2015. The two victories — 3-2 over Homer in eight innings and 4-3 over North Pole — sent the Bears to their second state championship game and first since the undefeated 2004 season. Kodiak trailed entering the sixth inning of both games.

There were no late-game heroics in the championship game as Palmer defeated Kodiak 7-3 to claim the inaugural Division II title.

“It is a real big accomplishment for these kids from Kodiak,” Kodiak coach Jason Fox said. “It’s been quite a long time since Kodiak baseball has been there ... We played some good ball and just came up short with the last one.”

Nate Baker’s two-run, two-out single not only topped North Pole but it awarded Fox his 50th victory since taking the program over from James Arnold in 2017. Fox is second all-time in coaching victories behind only Rick Langfitt’s 98 wins.

Jackson Roberts, Bengt Anderson, Jerron Bruce and Micah Fields will go down as the foursome that brought the 3,200-meter relay state title back to The Rock.

The four Kodiak runners zoomed across the finish line first at the Division I State Track and Field Championships with a time of 8 minutes, 30.17 seconds — six seconds ahead of runner-up North Pole.

Orion Harper cranked off a 3-foot personal best to claim the shot put crown at the Division I State Track and Field Championships. The junior took top honors with a toss of 50 feet, 8 inches.

“I could see it flying out over towards the 50 (marker). I was mostly trying to stay back into the ring, so I knew it was a good throw,” Harper said.

“Orion is generally a fairly stoic and reserved individual. But, wow. He was elated after his win,” Mortenson said. “It was fun to see him so expressive in his excitement for clinching the title and breaking 50 feet.”

In Fairbanks Sunday, the mournful song of an Alaska Native singer filled the air as a procession of parents, grandparents and children secured 215 orange banners to the Centennial Bridge, next to the Golden Heart Plaza.

Attorney Kristi Nuna’q Williams, an Alaska Native who was born in Fairbanks, will serve as staff director and general counsel of the Senate Committee on Indian Affairs, of which Sen. Lisa Murkowski is vice chair.

The 17th annual Stream Cleanup Day event started at Lions Club Park picnic shelter near Danby Road and brought together around 35 volunteers, including kids, teenagers and old-timers who have been attending the cleanup for years.