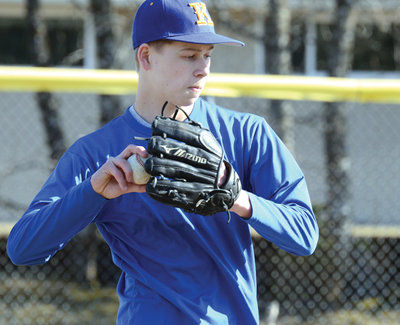 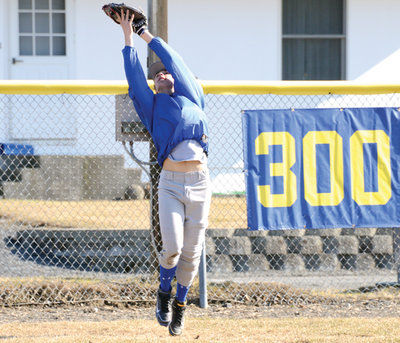 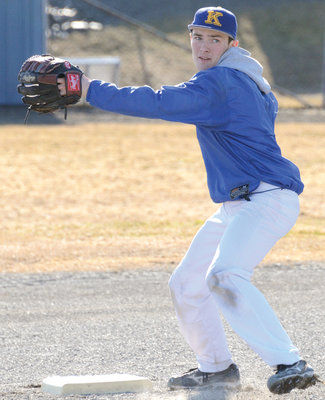 Rick Langfitt begins this season within reach of a momentous milestone.

Langfitt, entering his ninth season as Kodiak’s baseball coach, sits eight wins away from 100. With 12 regular-season games awaiting Kodiak, there is a good possibility that Langfitt will hit the century mark this season.

“It would be nice to have a nice round number of wins,” Langfitt said. “It would mean I coached a while, because you don’t play a lot of baseball games in Alaska.

“I think we could win eight games. I would be pretty disappointed if we didn’t.”

Eight wins is not guaranteed, considering the unknowns Kodiak has as it enters today’s 6 p.m. season opener against Kenai at Baranof Field.

The Bears return only three every day players from last year’s team, which went 12-7-1 and captured the Southcentral Conference title for the first time in three years.

After a month of practice, Kodiak is still searching to fill some of the positions left vacant from the five graduated starters.

“There are a lot of questions, but I feel we can answer those questions and get those holes filled,” Langfitt said. “It will be kind of fun. We are really building a team and trying to put the pieces together to make it all work. The challenge is fun.”

Senior second baseman Dylan Kavanaugh is the only player returning to his starting position from last year.

Senior Alec Eastman is moving from third to shortstop, while junior Austin Frick is rotating from right field to center.

Those three are the only players on this year’s roster who saw more than 100 innings last season.

“It is going to be difficult (to replace the graduated players),” Langfitt said. “Dylan and Alec have shown real good senior leadership. That has really helped a lot. We have had some really good practices, but there is a lot of talent

First base (senior Josh Bezona) and catcher (junior Seth Starr) are the only other positions Langfitt has filled. Third base and the two corner outfield spots are still up for grabs.

Juniors Andrew Gregory and Matthui Sutton are all in the running for third, while freshman Melvin Javier and junior Michael Wislon will begin the season in the outfield.

“We are kind of young and inexperienced,” Langfitt said. “The games will help us figure things out, because we haven’t figured out a lot yet.”

Langfitt does not need to figure out who his top two pitchers are. Junior Brandon Mahle returns for another year as Kodiak’s ace, while Eastman will be the No. 2 starter.

It’s a grab bag after that, but Langfitt said pitching should be the Bears’ strength. That will be highlighted by Mahle, who is entering his third year as a varsity starter.

“He is a control pitcher. A very tactical pitcher,” Langfitt said. “He remembers what that kid did last time and can attack him based on what he did last time.”

Kodiak graduated its top three hitters from last season, Patrick Pickett, Raphael Matautia and Eddie Arellano Jr., and will rely on Eastman (.305 and 9 RBIs), Bezona (.346 and 10 RBIs) and Frick (.271 and 18 RBIs) to carry the team through the beginning of the season.

“The batting order, I will probably put something together the morning of. Normally, I have it pretty much planned out by now. It is going to be much harder this year,” Langfitt said. “What I am looking for is what can I put together that is going to produce runs.”

Despite the looming questions, Langfitt feels Kodiak can compete in the eight-team SCC. The top two teams qualify for the state tournament. The Bears have gone to state the last two seasons.

“I think everybody is going to be good, but I don’t think there is going to be a dominating team,” Langfitt said. “We would like to be the conference champs again. If we work hard and improve, we do have some young talent that I think can make some big jumps. We could be right in the mix at the end of the year.”

The wait is over: University Avenue Bridge reopens after a long 18 months

After being closed for a year and a half, the University Avenue Bridge reopened Friday with much fanfare from Fairbanks residents and local and state leaders.

With 23 Covid patients on Thursday, 37% of all Thursday FMH hospitalizations are Covid positive patients. Statewide, 242 patients were treated for Covid.

Winter forecast: You better bundle up

You know winter in the Interior is cold. This year, it's likely to be a little colder. Thanks, La Niña.