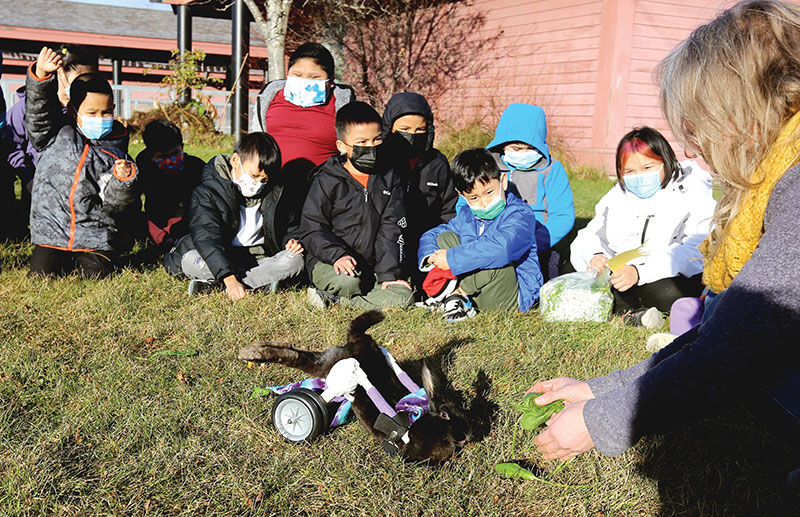 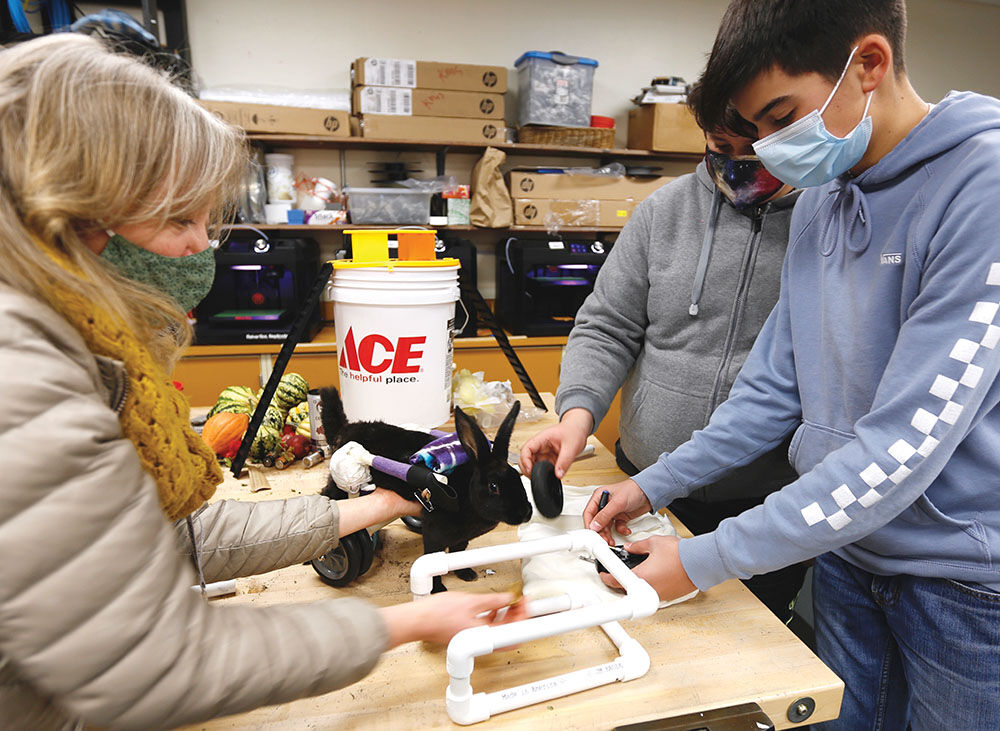 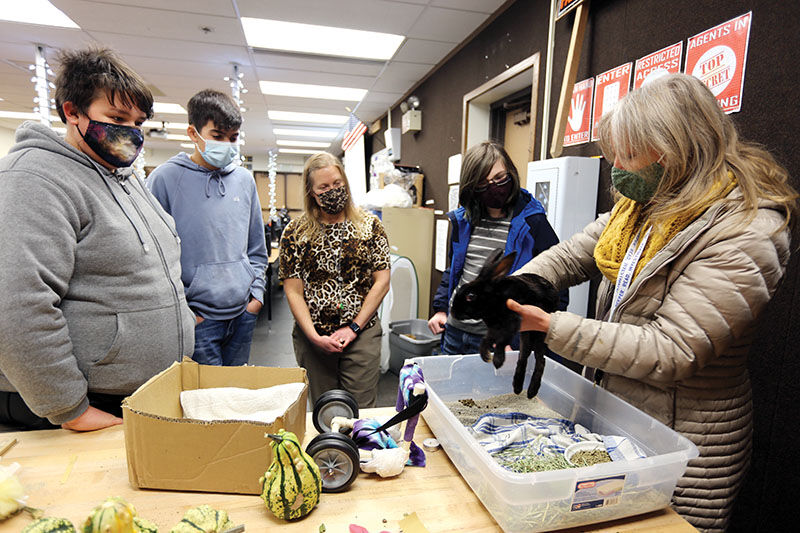 The Kodiak Island Borough School District recently acquired a parapalegic rabbit named Hot Wheels, and a team of Kodiak Middle School students is making a new wheelchair for him. Through this process, students across the district are learning about both engineering and empathy.

“As soon as we heard the story, it really drew us [in],” said  Weston Roberts, an eighth grader who is involved in “Build for the Bunny.”

Ani Thomas, the youth specialist at the Kodiak Public Library, found Hot Wheels in a puddle while walking her dog one morning. After realizing that his back two legs were paralyzed, she picked him up and brought him to her house, where she dried him off and put him in a warm box.

“When I initially took him in, I thought he was going to die and I thought I was going to make him comfortable,” Thomas said. “But he hung on, and then I thought, ‘Yeah, it’s worth giving him my energy and giving him the best chances that he had.’”

Thomas asked one of her friends to build a wheelchair for him. Her friend and his son constructed it out of an oatmeal container, a set of training wheels, tape and a dismantled Hot Wheels truck. Unfortunately, it was too heavy for the rabbit to use, so Thomas decided to buy a rabbit wheelchair online.

So Thomas reached out to Anthony White, the workplace readiness teacher at Kodiak High School, and asked if there were any students who would be interested in building a wheelchair for Hot Wheels. White enlisted Amanda Johnson, the agriculture and STEAM — or science, technology, engineering, arts and mathematics — teacher at Kodiak Middle School. Johnson offered the opportunity to her students and a few of them hopped at the chance.

“It’s truly a really cool story and knowing that she saved this bunny and that we can help too is incredible,” Roberts said. “I’m glad we get the chance to help out.”

Initially, four students volunteered for Build for the Bunny, according to Johnson. However, after visiting Kodiak Middle School with Hot Wheels in tow, more students have expressed interest in working on the project, Thomas said.

So far the students have made one prototype which they constructed out of PVC pipe, and they are designing another to be 3D printed, according to the school district’s Arts & Culture Coordinator JoAnne Knight. It will take a bit of time for Hot Wheels to be ready for the wheelchair, according to Thomas. He is still young, and Thomas wants to wait until he stops growing to fit him for another chair.

“The commercial wheelchair fits, but he’s growing out of it,” Thomas said. “In the meantime it keeps him strong and it helps him have a better life. He can explore and be curious.”

Once the wheelchair is done, students in Margaret Coons’ and David Allen’s second-grade classes at Main Elementary School will have an up close look at it and get a lesson in 3D printing at the same time, Coons said. Build for the Bunny exemplifies the potential of STEAM, according to Coons.

“At an early age, they can learn how technology can be used to help animals and help people,” Coons said.

And the second graders will be learning more than just about STEAM, she said.

“They get to learn that if an animal is disabled, it can still live and function. … It [just] takes a bit of extra care to take care of it,” Coons said.