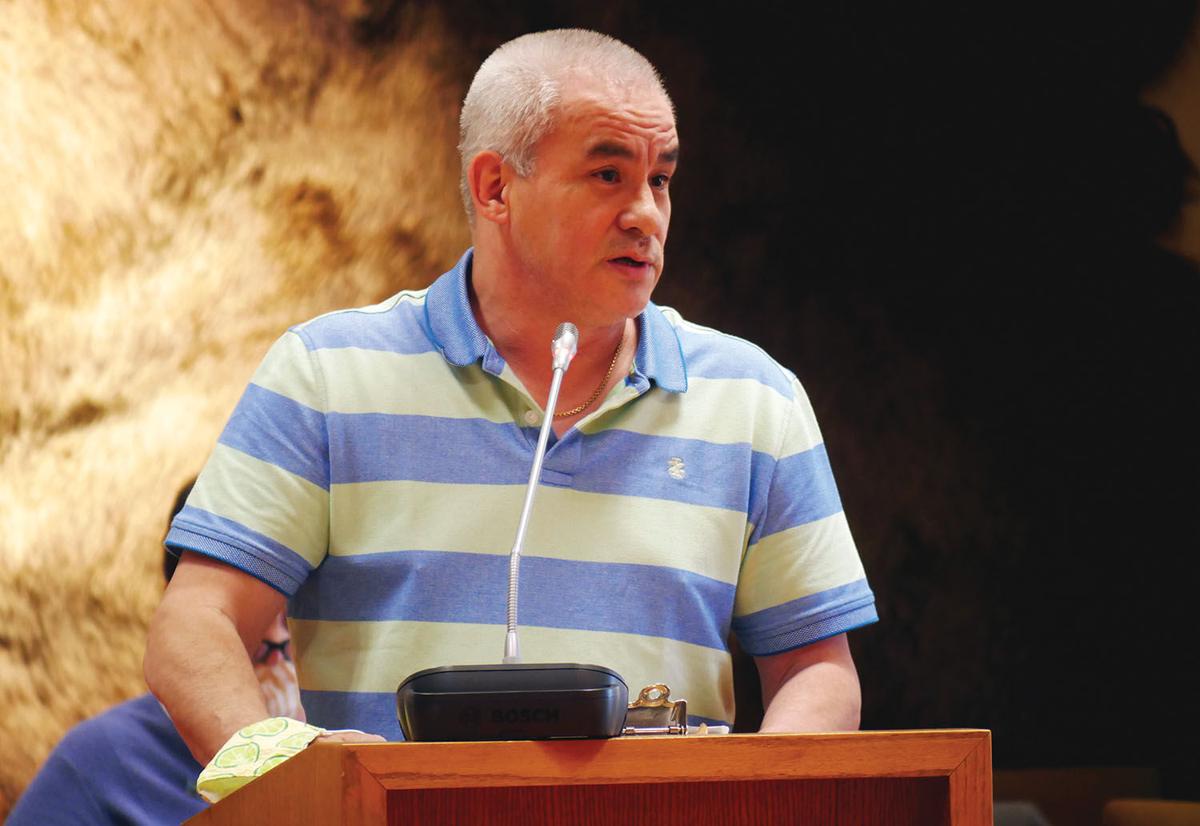 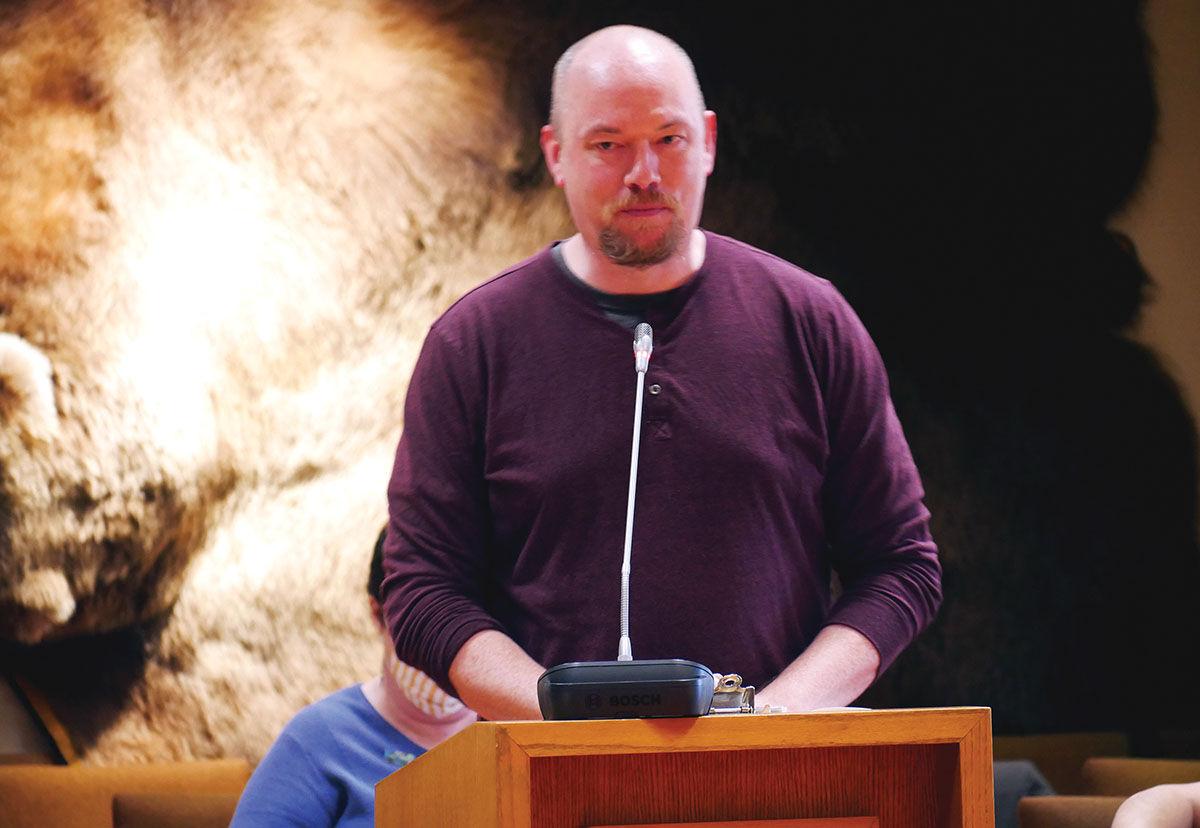 Meanwhile, Kodiak attorney Mel Stephens has filed a lawsuit against the borough asking for an injunction that would stop the appointment process in favor of getting someone chosen by voters this October. A hearing on the injunction has been scheduled for today at 10 a.m. at the Kodiak courthouse.

Griffin, a Kodiak College professor and drama coach at Kodiak High School and Kodiak Middle School, said he applied because his mind revolves around projects.

“There are some big decisions the borough is going to be making over the next year with the borough manager search and the budget picture,” Griffin said. “These are projects I feel I have experience in and have some skills and knowledge to help the Assembly work on.”

Delgado, who sits on the borough’s planning and zoning commission, said he’s been involved in public service for years.

“I’m a board member on the Ouzinkie Native Corporation, and we have the same problems as the Assembly in having to appoint a vacant seat or going to the voters. … A lot of the things you’re dealing with I’ve dealt with in my former life as a former transportation director and politician in Ouzinkie,” Delgado said.

Delgado, a Kodiak native raised in Ouzinkie, said he applied to a previous Assembly vacancy and ran for a seat during the 2020 municipal election. He said that while he’s never served on a board as high as the Assembly, he is willing to learn and adapt.

Roberts asked what traits fit being a good Assembly member.

Delgado said it involved listening to people and experts to help guide the correct decisions. He also said good traits help strike a balance between listening to constituents and to borough staff and Assembly members when making a decision.

“Right now I think I’m in a unique position,” Delgado said.  “I’m a native guy (who) just moved into Kodiak from Ouzinkie, so I’ve got feet on both sides.”

“You get a lot of information every week, every month, and you have to be extremely thoughtful about it, how you think about it and how to process it,” Griffin said.

Like Delgado, Griffin said listening to the public and experts was essential as well.

“If I were sitting where you are, I would consider I have 13,101 advisors that I have to listen to and respect and somewhere in there you’ve got to have that thoughtfulness that there are things we have to do and what’s possible,” Griffin said.

Roberts asked what governing board experience each applicant had.

Griffin said he served on the Kodiak Public Broadcasting Corp. board of directors for more than 10 years, including a stint as its chair. He also served on several governing boards at Kodiak College and the Kodiak Arts Council board, and he chaired the Kodiak Workforce Regional Advisory Council. He currently sits on the joint city/borough consolidation committee.

“I can bring some insight and skills and vision to your process,” Griffin said. “I’m very familiar with how boards and committees work.”

Delgado also has served on boards in the past, including the St. Cloud (Minnesota) Area Indian Center board, the Ouzinkie Emergency Response Planning Committee, the Ouzinkie tribal and city councils and he has a term ending this year on the Ouzinkie Native Corp. He has served on the planning and zoning commission since his appointment in 2019.

“My experience is different from yours in that I come from a native background, which is the kind of governing I’m used to,” Delgado said to Griffin. “Sometimes I think it’s done the same way as the Assembly, with almost predictable results in some cases. But I would like to bring a fresh perspective.”

Roberts asked each applicant what role the Assembly has in borough government.

“We set the vision and have the other guys do the other work,” Delgado said. “We’ve got to do a lot of work, studying, and learning everything.”

Delgado said while he doesn’t completely understand everything the Assembly does on a monthly basis, he reads and listens to Assembly meetings.

Griffin said the borough government has several different roles, including education and health services, as set down in borough code.

“But ultimately it’s about maintaining and cultivating a community we want to live in and will attract other people to live here, too,” Griffin said. “It comes down to ensuring in our code and policies that we are visionary and ready for growth, to create an equitable standard of living for those who live here.’

He said the good thing about the borough code is that it’s made up of language, and Assembly members can be “creative and change it.”

Roberts asked them to define the most pressing issue the borough faces.

Griffin said starting a quality search for the next borough manager, followed by the budget.

“I think right now hiring is extremely difficult. … So there is going to be a lot of consternation and anxiety about that right now,” Griffin said. “The budget will come later.”

Delgado agreed with Griffin regarding the borough manager, and staffing as a whole.

“As a planning and zoning commissioner, I know staffing affects some of the things we do, and I think it’s important to have people who work for and with you to trust and trust you,” Delgado said. “There’s a lot of things you can deal with that bring a lot of heartburn.”

Asked what their first priority would be upon appointment, both applicants agreed it was getting people involved.

“We’ve learned over this last year that you don’t have to have people in this room to attend meetings,” Delgado said. “It’s ideal but certainly you can do it through Zoom and other means that you have.”

Delgado said getting more involvement from the rural areas and the villages would be ideal.

“Many times they feel taxed but not represented, and I know in the past there have been Assembly members that travel to villages to listen and take their advice but others that totally ignore them,” Delgado said. “We need to get all of the Assembly to start doing that (traveling to the villages). Your constituents need to trust you.”

Griffin said his priority off the bat “would be making seven new friends” with the Assembly in order to establish good working relationships.

“We don’t have to agree but we have to be friendly and work together,” Griffin said. “Right off the bat, it’s to find the vibe with the rest of the assembly members and communicate well with each other.”

Other priorities, he said, include keeping the mill rate down and assessments in check.

“We realize it affects the homeowners, but we’re also finding that it really affects the working corps, the middle class,” Griffin said. He said affordable housing in general is a priority, adding that Brother Francis Shelter and the Kodiak Island Housing Authority had to help hundreds of residents just make rent over the past year through a federal relief program.

Delgado said inclusion should extend to the Filipino community as well as the villages.

“Those (the Filipino community) are other people I’m working with to get involved in the process,” Delgado said. “They have some great ideas and ways to get things done. We are missing some great talent and when everyone is not involved, we are losing out.”

Delgado said some of the old ways of doing things are fading in favor of modern techniques and technologies.

“In the running of our communities, we need to start going back to some of the old ways,” he said. “The new ways are great and wonderful, but they also miss out on the earth.”

“That being said, it would be two things: working with the Assembly to help with the plans you already set, and be that conduit to and from the public and help Kodiak become a better place for families and people all around the island,” Griffin said.

Roberts closed the interviews and said the Assembly will discuss both applications during a special executive session meeting on Tuesday. The Assembly then would decide whether to swear in the person the next day at the borough clerk’s office or at Thursday’s regular session at Bayside Volunteer Fire Station.

The $1,100 payout for the 2021 dividend is an estimate that could change in the final accounting. It takes about a month for payments to be processed and sent to Alaskans.

Major project for the Richardson Highway gets a green light

Once complete, a portion of the highway will be elevated above some railroad tracks and the final segment of a bike/pedestrian path will link Fairbanks and North Pole by way of Badger Road.