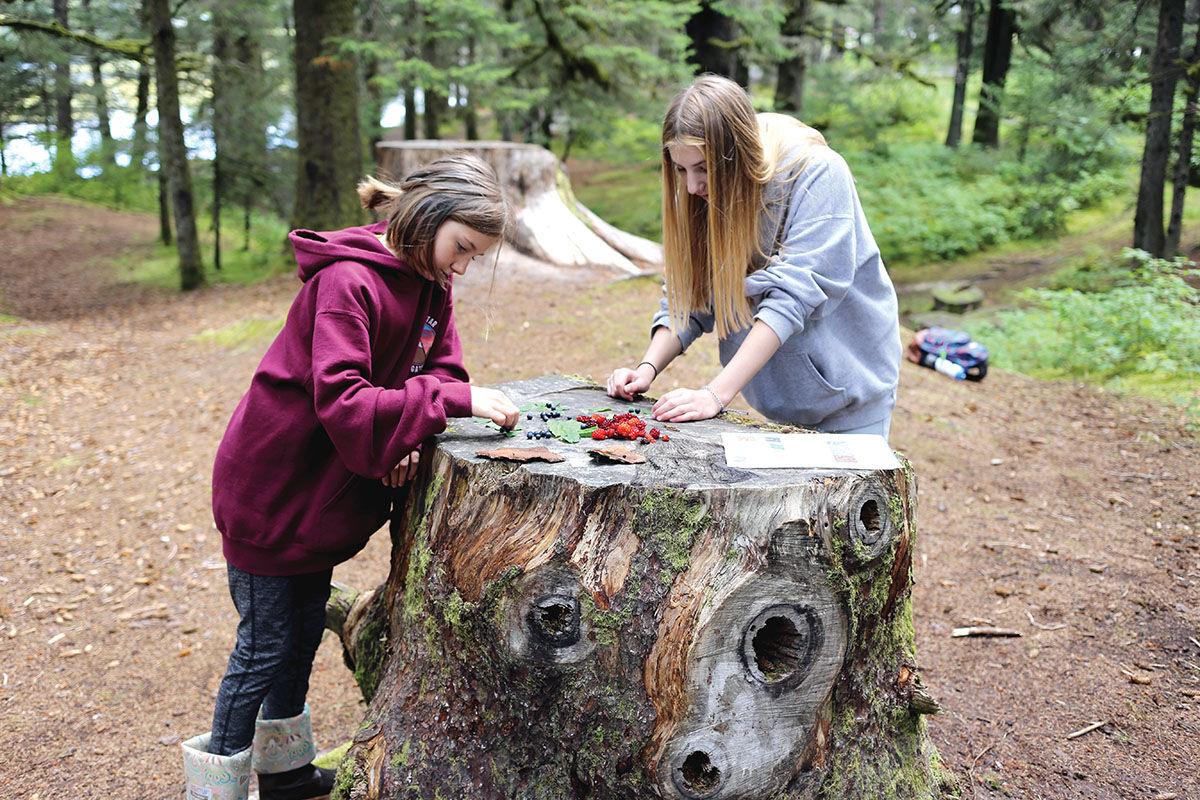 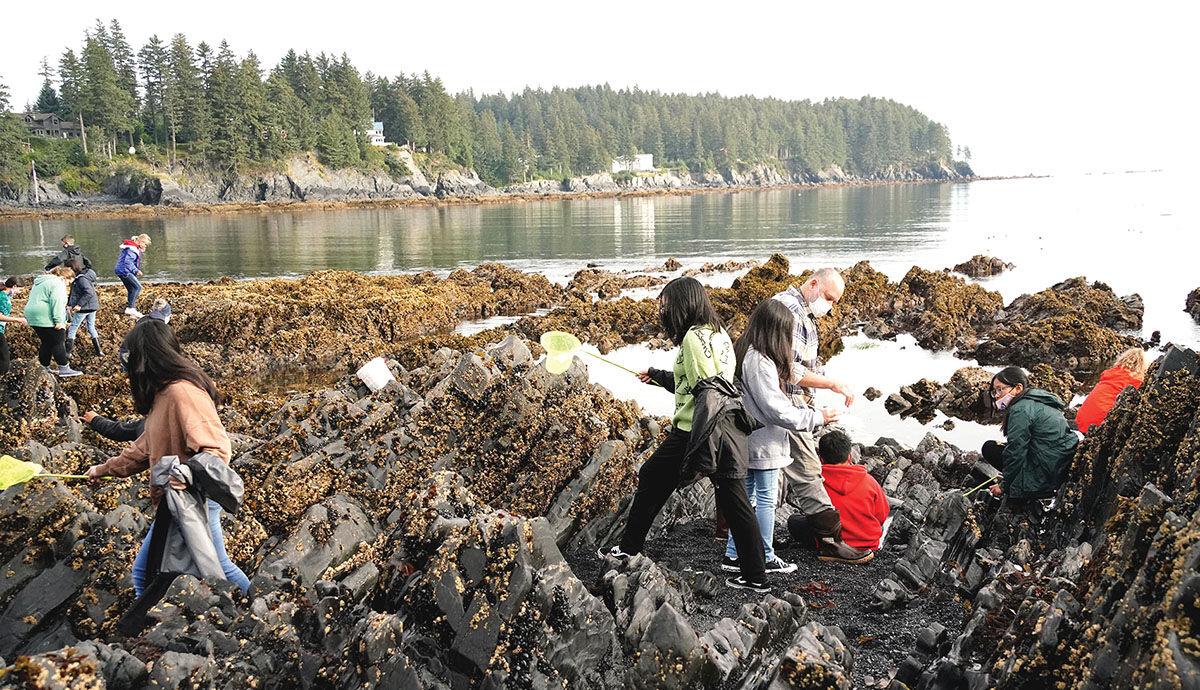 Clusters of Kodiak sixth-graders scrambled over rocks and searched through tidepools at Mill Bay Beach, while others toured local museums and conducted a scavenger hunt in downtown Kodiak. Others had the opportunity for journaling and singing around a campfire at Camp Mueller near Island Lake, while even more went kayaking and explored survival shelters on Woody Island.

All of the events are part of the four-day Grizzly Island Adventure Camp program for sixth-graders, created by East Elementary teacher Monica Claridge.

“She initially wanted to create a facet that would bring all the elementary school students together and create some bonding and relationships that would last all through their secondary school years,” said Todd Burton, Kodiak Middle School’s principal.

The ongoing pandemic created some delays, but Burton said the idea eventually evolved to include the sixth-grade class.

“She essentially partnered with Camp Tuku, which is an organization that creates adventure camps with school-age children all over the world,” Burton said. “They gave her some ideas and a skeleton of how to perform this camp.”

The materials, Burton said, allowed Claridge, the district’s team of sixth-grade teachers, and a host of volunteers and organizations around the island to launch the camp.

“It was offered to rural school and all town school sixth-grade students,” Burton said. “It’s pretty significant because it includes about 165 students.”

The camp began Tuesday at the middle school with relationship-building activities and discussions about the different locations students would visit. Sixth-graders were then split into three groups, and will cycle through individual sites.

Some students visited Woody Island, while others were taken to Camp Mueller. A third group stayed in town, going from Mill Bay Beach and Fort Abercrombie State Historical Park and museums.

Camp activities last all day, with students gathering at the middle school each morning and boarding the buses that transport students to the different locations. The day ends around 4:10 p.m., when the buses bring students back for parent pick-up. Additional transportation accommodations are made for families who live out near Coast Guard Base Kodiak or in the Bells Flats area, as well as for those who live out near Monashka Bay.

“At Woody Island, they will get to experience some journaling and kayaking, learn about survival shelter building and some more discussions on integrity,” Burton said. “For the town day, they are going to participate in discussions about kindness, do some tidepooling at Mill Bay and Fort Abercrombie just to limit the impact to the environment, and go to Sargent Park and write some thank you notes to the volunteers who helped set up the camp.”

The groups circling through Camp Mueller will do some comic booking, a team building project, make a campfire and eat some smores.

“Some elementary school musicians have volunteered to hang out to do some songs with the students, and then the students will be doing some journaling about citizenship,” Burton said.

Burton said the Grizzly Island Adventure Camp could be used as a template for similar ideas in the future.

“It’s a wonderful design and wonderful experience for the kids,” Burton said. “I think it can be used for all kinds of potential groups moving forward.”