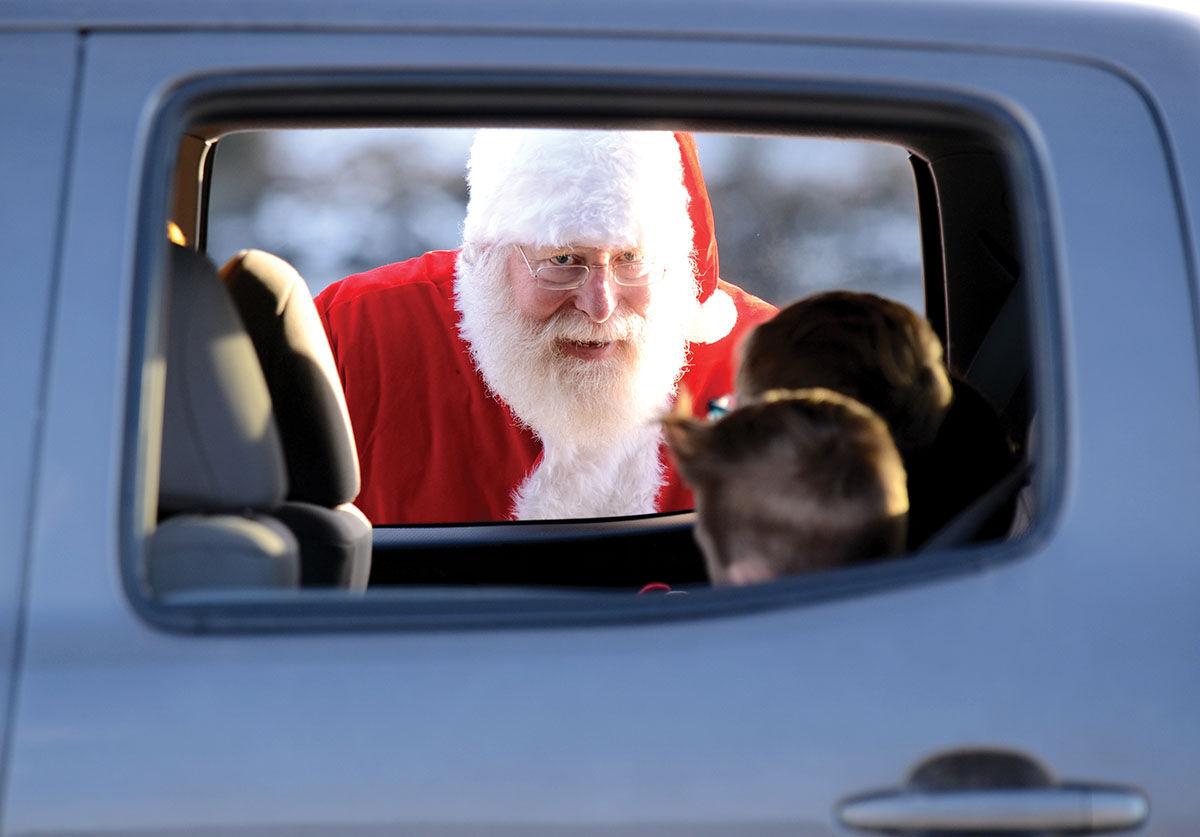 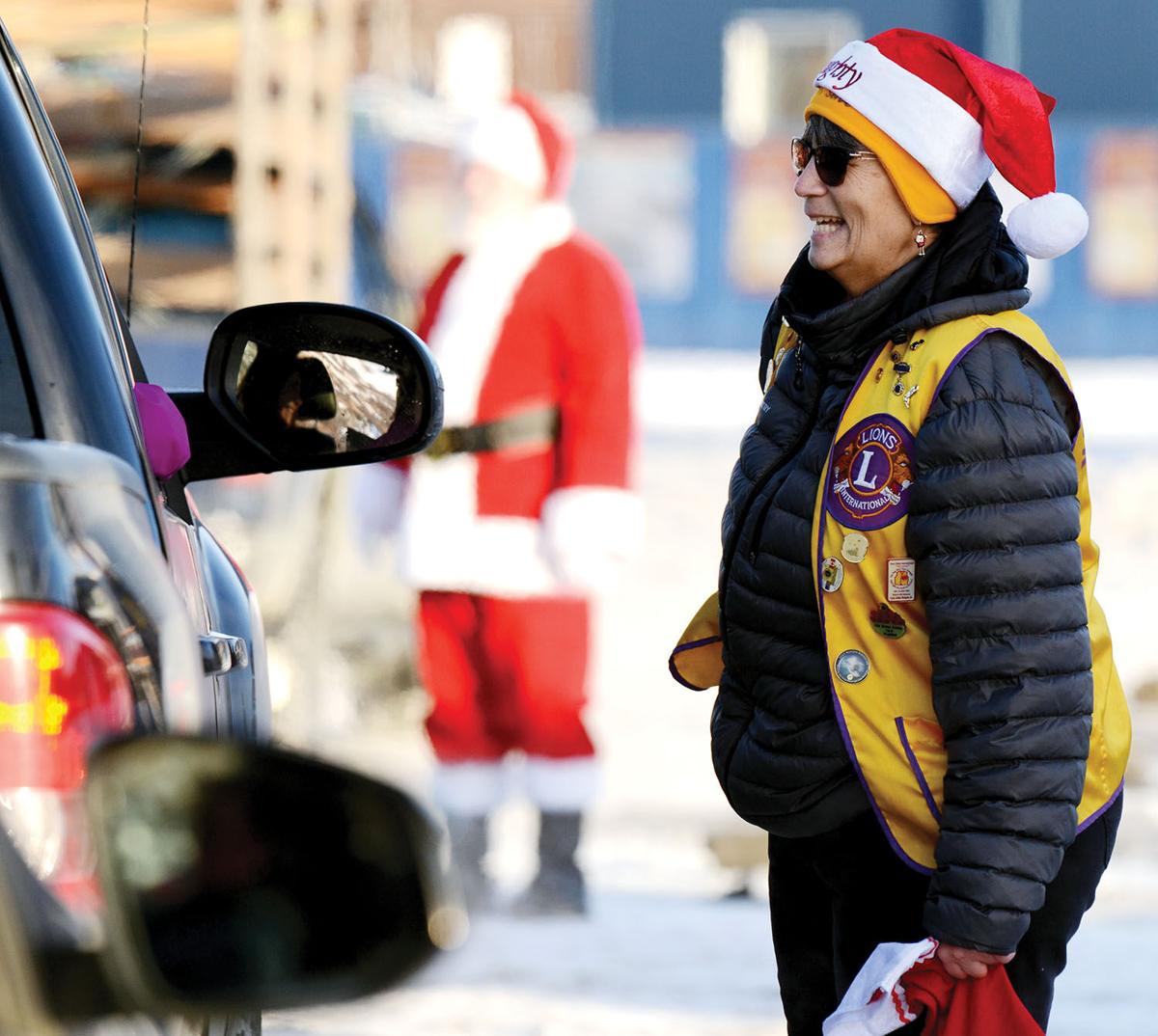 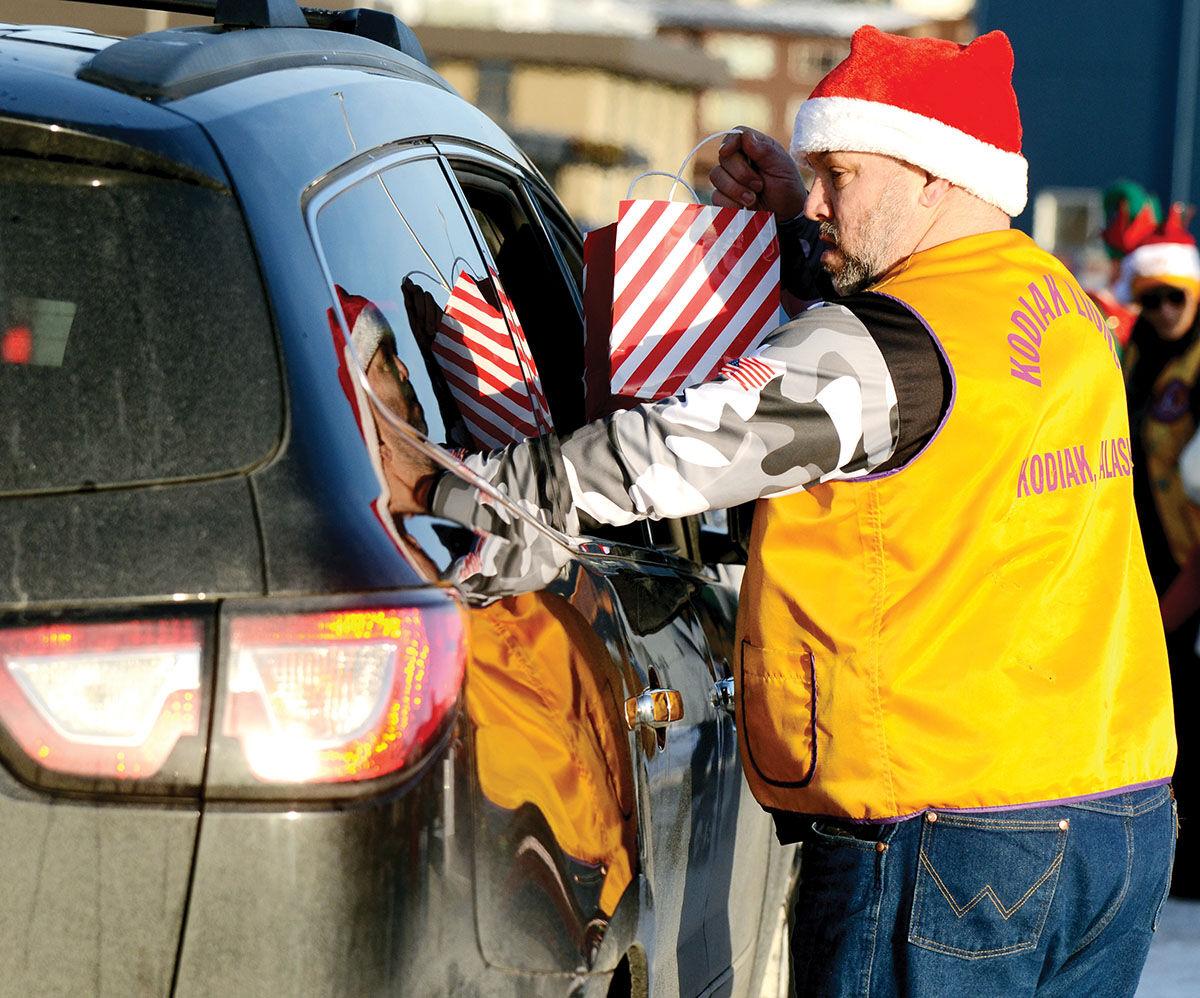 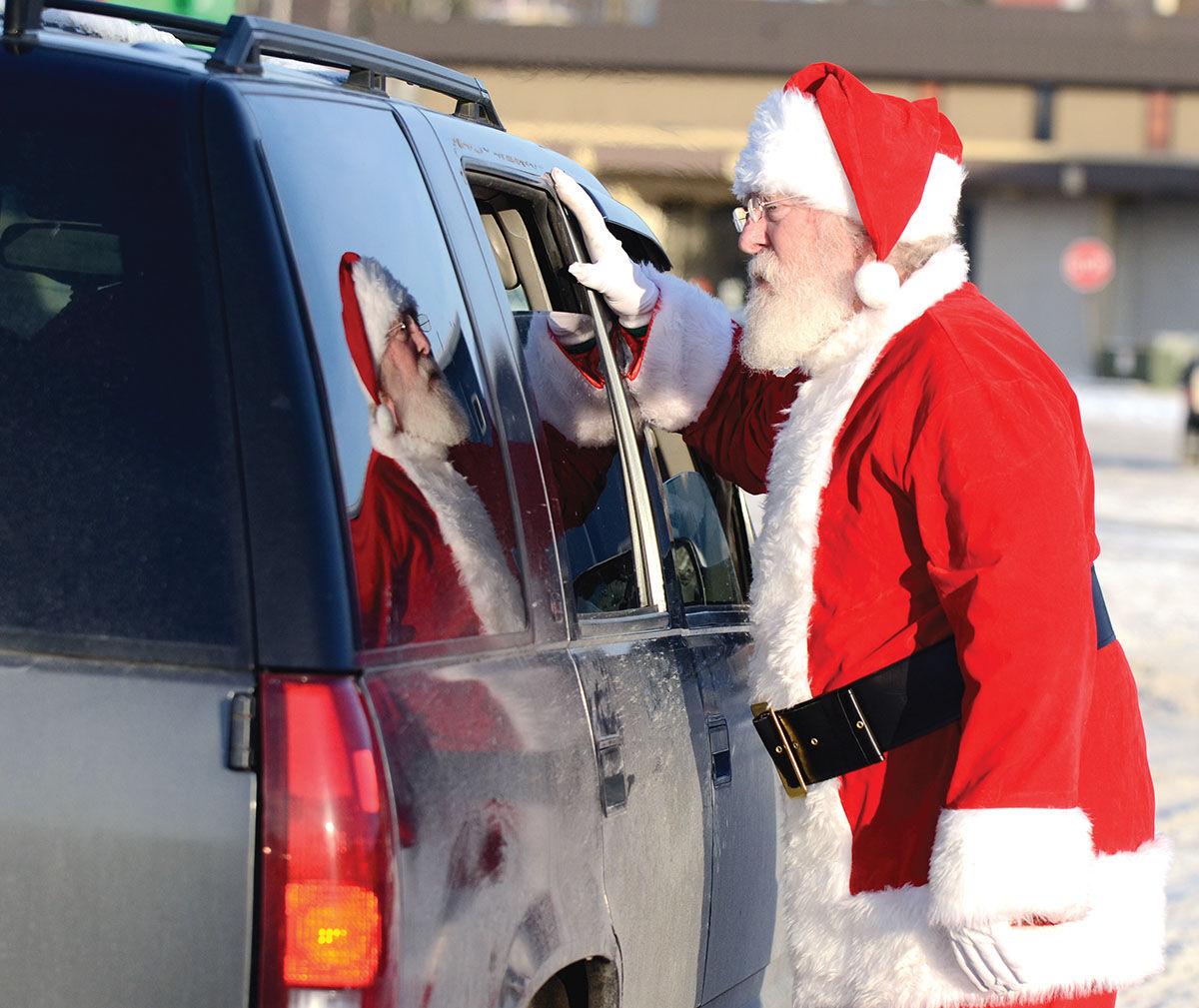 Keith Morin hasn’t shaved since August. That is how long it took him to grow the perfect white beard for his starring role as Santa Claus.

For two hours on Sunday at Oscar’s Dock, Morin relished his part, greeting kid and after kid who rolled up in back seats of vehicles. Holiday classics blared from a nearby speaker as he cheerfully chimed “Merry Christmas” to each eager child seeking to find the best angle to catch a glimpse of the jolly old man.

Just how popular was Santa on Sunday? The line of cars — backed up from the Spit to McDonald’s — formed 30 minutes before the start of the event. The stockings that Lions Club members — dressed as festive elves — handed out were a bonus.

This was the second year that the Kodiak Lions Club held a stocking giveaway before Christmas. The Lions started it in 2020 to bring cheer to a year dampened by the pandemic. It was a huge success. The organization stuffed 300 stockings with toys and candy and ran out of goodies in 25 minutes, leaving Santa giftless for the kids in the 100 cars still in line.

That wasn’t going to happen this year.

Santa and his helpers brought 700 stockings and bags filled to the brim with trinkets and enough sweets that would keep Hermey the dentist elf in business. Adults were not forgotten. Car sun visors awaited them.

Kathie Morin — Keith’s wife and chief organizer of the event — said they handed out 585 stockings. The Lions will give away the remaining haul on Christmas Eve during the Salvation Army’s final Red Kettle Campaign session at Safeway.

“We were happy that many came and we didn’t run out. The best part was that we didn’t have to turn anybody away,” Kathie Morin said. “Keith was happy being Santa Claus and the kids were happy.”

The Morins started stuffing stockings six weeks ago to prepare for the event. Kathie shopped for all the toys, paid for by the Lions Club. She said Ardinger’s Fine Furniture and the Kodiak Chamber of Commerce donated items.

“Last year we did it because of COVID, and it was a great idea, so why not do it again this year,” Keith Morin said. “We went a little bit bigger this year.”

This is Keith Morin’s third year playing Santa. He recalled his dad growing his frosty, white beard out to play Santa when he was young. So why not follow in dad’s footsteps.

“I have this natural beard. It is full, grey, and it looks really good,” he said.

Kids mostly asked for hoverboards, while Santa peppered them with questions.

Keith Morin has donated his time to be Santa for various events around town this holiday season, including the Coast Guard’s Santa to the Village program.

He said a girl he gave a stuffed Nutcracker to at the Chiniak school two weeks ago showed up to see him again on Sunday.

“She was still smiling, saying, ‘I still got it. I still got it,”’ Keith Morin said. “Her dad told me she had not put it down since I gave it to her. That was the coolest thing.”