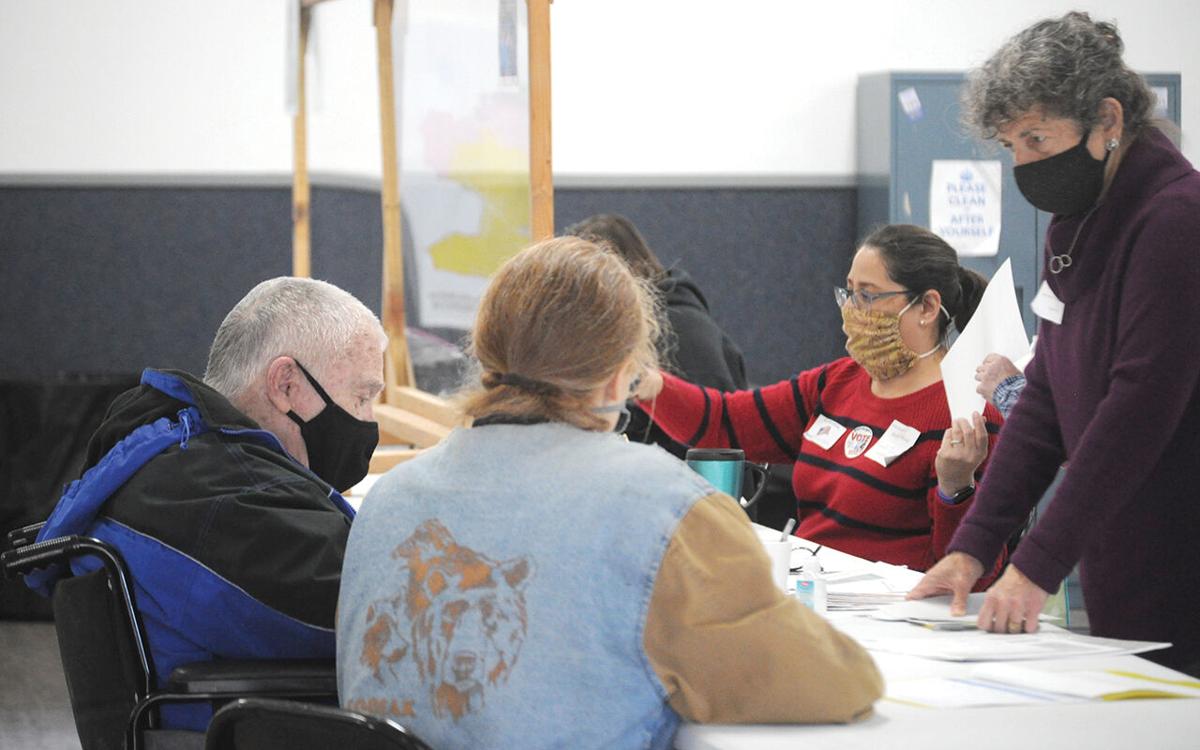 Election officials help voters at the Teen Center on Tuesday. 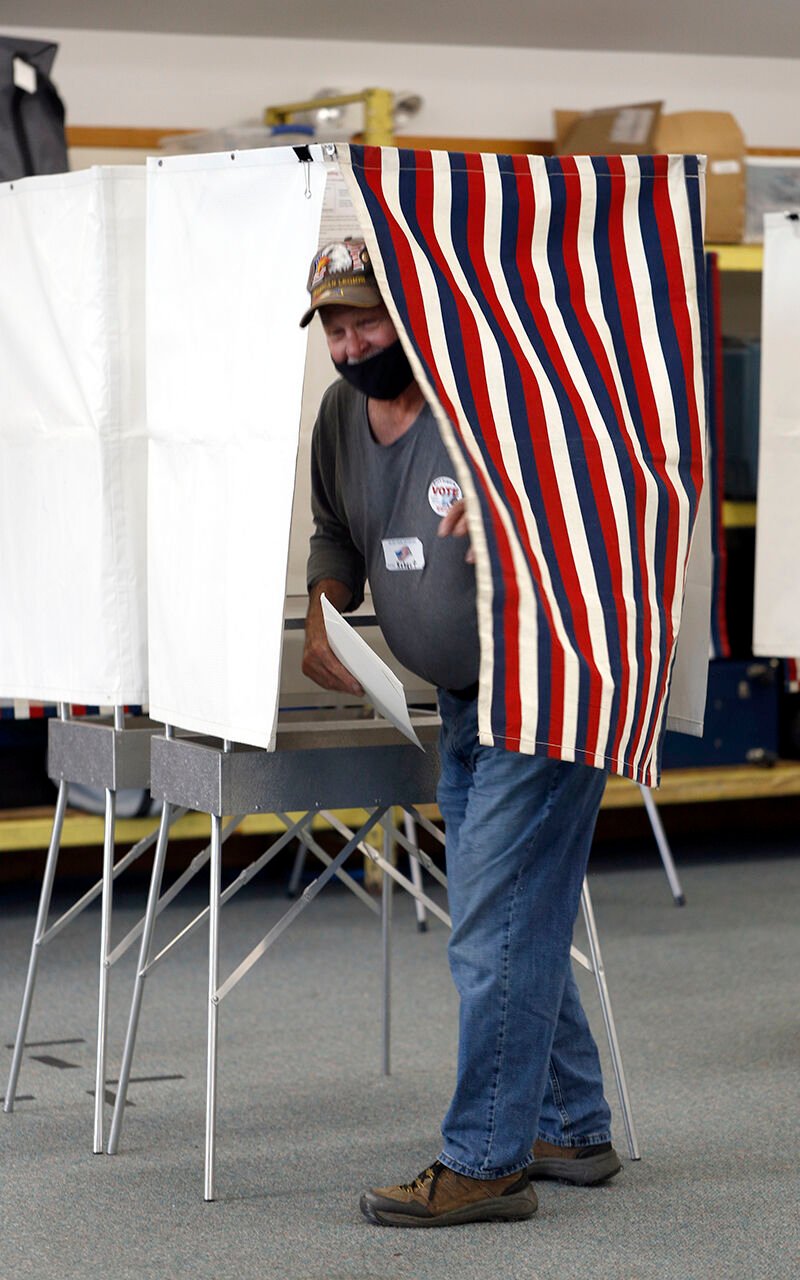 A voter emerges from a voting booth with his ballot at the Bayside Volunteer Fire Station Tuesday during Kodiak Island’s municipal election day.

Election officials help voters at the Teen Center on Tuesday.

A voter emerges from a voting booth with his ballot at the Bayside Volunteer Fire Station Tuesday during Kodiak Island’s municipal election day.

Ed Olson has voted in every election for which he has been eligible, and he didn’t break his streak on Tuesday.

Olson, who is 80 years old, and his daughter Marian Royall, were among the Kodiak residents who took time out of their schedules yesterday to cast their ballots.

“[People who don’t vote] should have no complaints about anything,” Olson said.

Royall agreed: “If [people] don’t vote, they’re a part of the problem they’re complaining about,” she said.

Voter turnout in Kodiak has historically been low, often in the range of 10% to 20% of all eligible voters, KDM has reported about previous elections. That number isn’t unusual for a lot of small towns, which tend to have low voter participation, according to Professor Amy Lovecraft. She teaches political science at the University of Alaska Fairbanks.

But that core group of Kodiak voters was not going to let COVID or any number of other excuses keep them from voting on Tuesday.

Kodiak voters also had the choice of participating in early voting, and some cast absentee ballots. As a result, official election results will not be available until Oct. 15.

There was a range of issues that Kodiak voters wanted to address through their votes.

Fuente, who was born in the United States, spent large portions of her life in the Philippines and Hong Kong. Once she came back to the States in 2003, she has voted in every election she could. Yesterday, she was a polling official at the Teen Center.

Gossett cast his ballot Tuesday because he wants to see the boat harbor updated and Kodiak’s city infrastructure maintained.

“I know it’s been tough to do these last couple of years, and that concerns me,” he said.

Kate Munson and Switgard Duesterloh said they voted because they want to see changes in leadership.

Added Duesterloh: “I have a real problem in our community with people who base their candidacy on having grown up here, with no real [substance]. I want to see candidate statements with [substance], with a vision for the future that goes farther than five years. And we are completely lacking.”

More than anything, Duesterloh wants government officials to plan for a sustainable future to pass on to the next generation.

Voting also gives Kodiak residents the time-honored American tradition of being able to do something no one else has the right to do.

“I vote so I can complain,” said William Haag, who has been voting since 1962.

Multiple options are under consideration to shore up student transportation at the school district, including a potential partnership with the Metropolitan Area Commuter System to help get high school students living along that system to school.