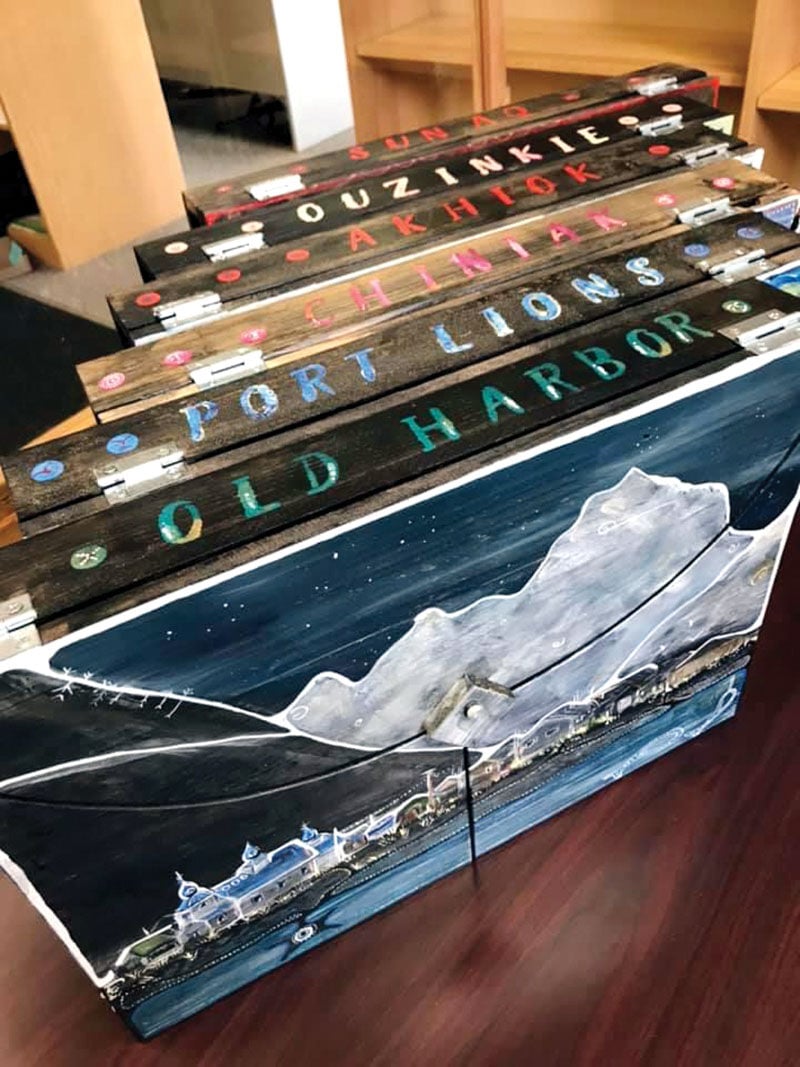 Story boxes, each tied to a village’s local culture, will be sent to schools in Port Lions, Ouzinkie, Chiniak, Old Harbor and Akhiok. A sixth story box will be stationed at the district office. 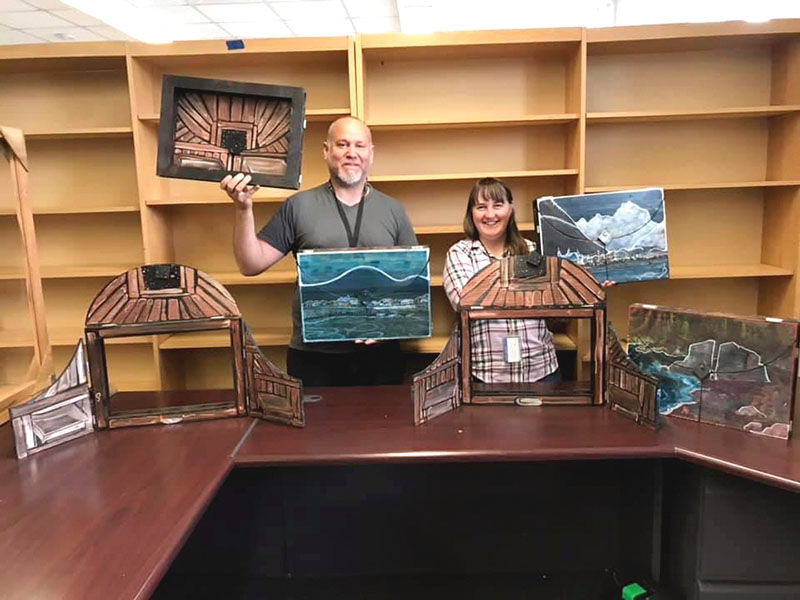 Story boxes, each tied to a village’s local culture, will be sent to schools in Port Lions, Ouzinkie, Chiniak, Old Harbor and Akhiok. A sixth story box will be stationed at the district office.

The district was awarded the grant in the 2019-2020 school year, and it will run for five years, according to Rural Schools Principal Peggy Azuyak.

The school district has not been able to do everything it has wanted to do with READ so far, thanks in large part to the impact of the COVID pandemic. But, with the start of the 2021-2022 school year only days away, Azuyak and others have not given up on the project.

Sperry Ash, a literacy specialist who was hired with grant money, was brought on to help support students in literacy teaching and learning, and as a result also began to “masterfully integrate the Alutiiq culture and culturally relevant teaching strategies into his work.”

One of his ideas was borne of a project he had been working on for several years after attending an Indigenous Language conference in Arizona.

“He had a dream of using Japanese-style Kamishibai theater boxes and story cards to teach stories through the Alutiiq (Sugpiaq) language, and introduce traditional stories and storytelling to our students,” Azuyak wrote. “He was able to begin the process by working on lesson plans for five stories and purchasing a Kamishibai box while working for the Sun’aq Tribe of Kodiak.”

Kamishibai is a form of Japanese storytelling that uses illustrated cards to tell a story in a small theater-like box to help narrate the story. The art form dates back to the Depression era.

“I was fortunate to hear traditional stories from our late grandma,” Ash said in a statement. “This is a great way to introduce those stories in the classroom and help our students become carriers of our ancient sugpiaq (legends) and quliyanguat (stories).”

According to Azuyak, the idea was then integrated into the READ project.

“We commissioned the building of our story boxes and carrying cases for our five rural schools and our Rural Schools office by local woodworker Seth Minyard,” Azuyak wrote. We took the stories and commissioned the artwork for story cards by local Alutiiq artist Hanna Sholl.”

The boxes and their stories will be sent to schools in Ouzinkie, Port Lions, Old Harbor, Chiniak and Akhiok.

Sholl painted a landscape and waterscape scene unique to each community where the boxes will be used. The district partnered with the Alutiiq Museum to revise the language of the stories to be ready for printing on the story cards.

The end result was “Quliyanguarwit,” or story places in the Alutiiq language.

“The ciqlluaq (sod house) design will help our students imagine stories, legends and history as they were told in the barabara (the Russian name for sod house),” Ash said. “We will place story cards in the screens, and the teacher can retell traditional stories with visual images.”

Ash said the script will be on the back of each card to help guide storytellers.

Azuyak wrote that the lessons will become part of the READ project’s lesson plan.

“We look forward to teaching and practicing our stories and working with students to have them create their own stories and present them either through story cards, shadow puppets, or puppet shows,” Azuyak wrote.

In mid-August, Azuyak told Kodiak Daily Mirror that the stories are nearly finished and will be dispatched to the village schools. In addition, a story box set will be present at the district office in Kodiak. Copies are also being made for the Sun’aq Tribe’s preschool program and the four town elementary schools.

U.S. Rep. Don Young called the Alaska Safety Initiative report a blueprint for Congress, as he and Alaska’s two U.S. senators advocate for resources that support aviation safety in Alaska.