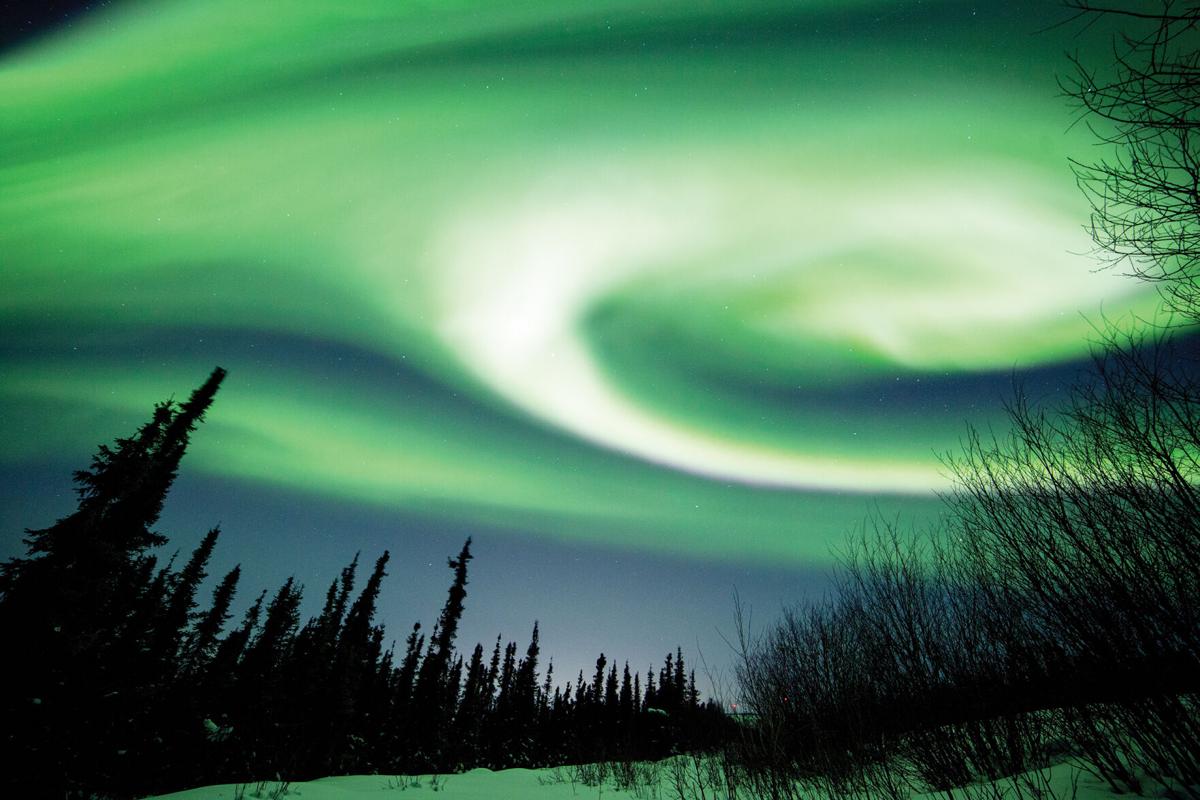 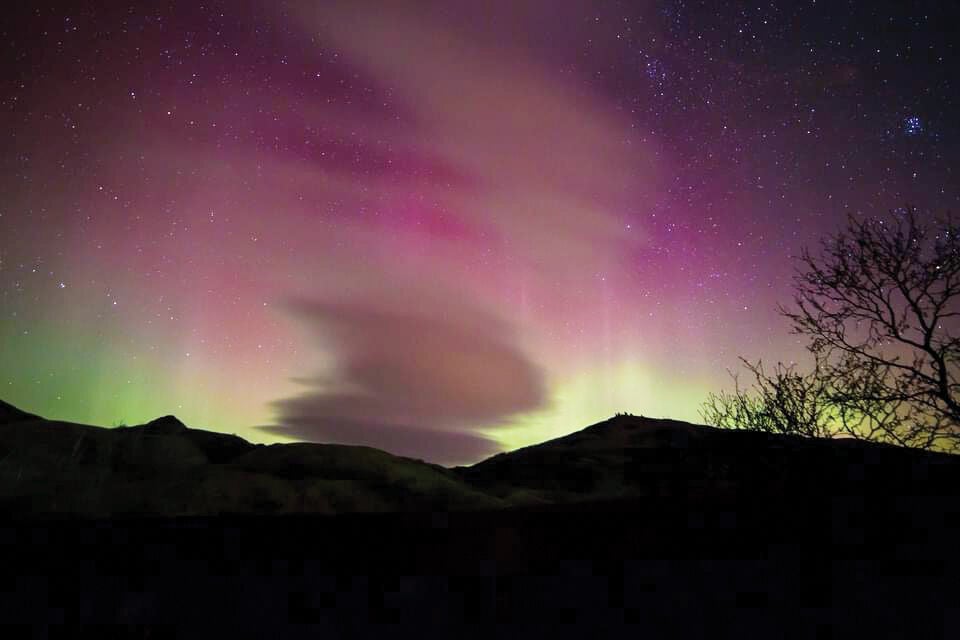 Chilly fall days and lengthening nights mark the start of the northern lights season, when photographers, nature lovers and adventure seekers brave the cold in search of “Lady Aurora” and her dancing lights.

The northern lights, or aurora borealis, have inspired countless colorful legends and stories. Some northern cultures believe the lights are connected with life after death. According to Alutiiq cosmology, the lights are the spirits of dead warriors, and whistling will bring them closer.

The scientific explanation is that the lights are particles from the sun’s atmosphere released into space during solar storms caused by explosions of solar energy. Some particles enter Earth’s magnetic field and interact with gases in Earth’s atmosphere.

The stronger the storm, the more visible it is to the naked eye, said photographer Sarah Lovette, who owns Sarah Ann Photography in Kodiak.

Although often visible from Kodiak, the aurora borealis can be difficult to find. The weather, rotation of the Earth and strength of the solar storm must be just right to be able to view it.

Hanna Sholl, who owns Fine Arts by Hanna Sholl, is another photographer who has been capturing images of the lights since 2013.

“It’s hard to find it if you are going to look for it. Just like weather, it is unpredictable,” Sholl said.

Lovette spends the northern lights season constantly scanning the National Oceanic and Atmospheric Administration’s online space weather maps and forecasts. She then checks to see if Kodiak is in the right spot to see the lights and, if so, goes out in search of the best vantage point.

She said the lights occur throughout the year, but can only be seen when the days begin getting darker. The season starts in late August, goes through the fall and winter months, and lasts into late April.

The best and most accessible places to view them in Kodiak include Mil Bay Beach, Pillar Mountain and a lookout point in the Monashka area toward White Sands beach.

Lovette and Sholl both said that to successfully view or photograph the lights, people have to be committed and patient.

Sholl said that the best time to search for them ranges from 8 p.m. to sunrise.

They both agreed that the light show is more vibrant and spectacular in Fairbanks than in Kodiak.

“Up north it's magical,” Lovette said. “It’s almost like they snake across the sky.”

To capture the best images, they advise photographers to use a 14mm lens with the aperture set at 2.8.

Sholl said that in addition to the right lens, photographers should use a tripod. Patience is also required.

“It’s definitely a waiting game. You have to have patience and be prepared to be cold,” she said.

When Sholl first began to photograph the northern lights, she would spend hours on top of Marine Hill standing in the cold until she got the perfect shot. Over time, she has learned to go out in search of the lights without any expectation.

“Your eyes will play tricks on you if you are too excited about it,” she said. “Don’t go thinking you will catch the aurora. It sneaks up on you.”

Sometimes the light show can last for mere minutes or, if viewers are lucky, a few hours. When Lovette photographed the northern lights on Monday in Fairbanks, she said the show only lasted for 10 minutes.

Sholl said she has had the most luck finding the fleeting lights by looking on social media and websites that predict when the aurora borealis will be visible in different areas.

And while it is inadvisable to go out when it’s raining, Sholl said that cloudy nights should not discourage people from chasing the lights.

“Some of the coolest auroras I've seen are dancing with the clouds. Don't be discouraged if it’s not a perfect night,” she said.

Despite the challenges in finding the northern lights, the payoff of seeing the colors float across the sky is worth it.

“It’s like fishing — they call it fishing, not catching,” Sholl said. “Be happy with your journey. Once you do find them, it will all be worth it.”