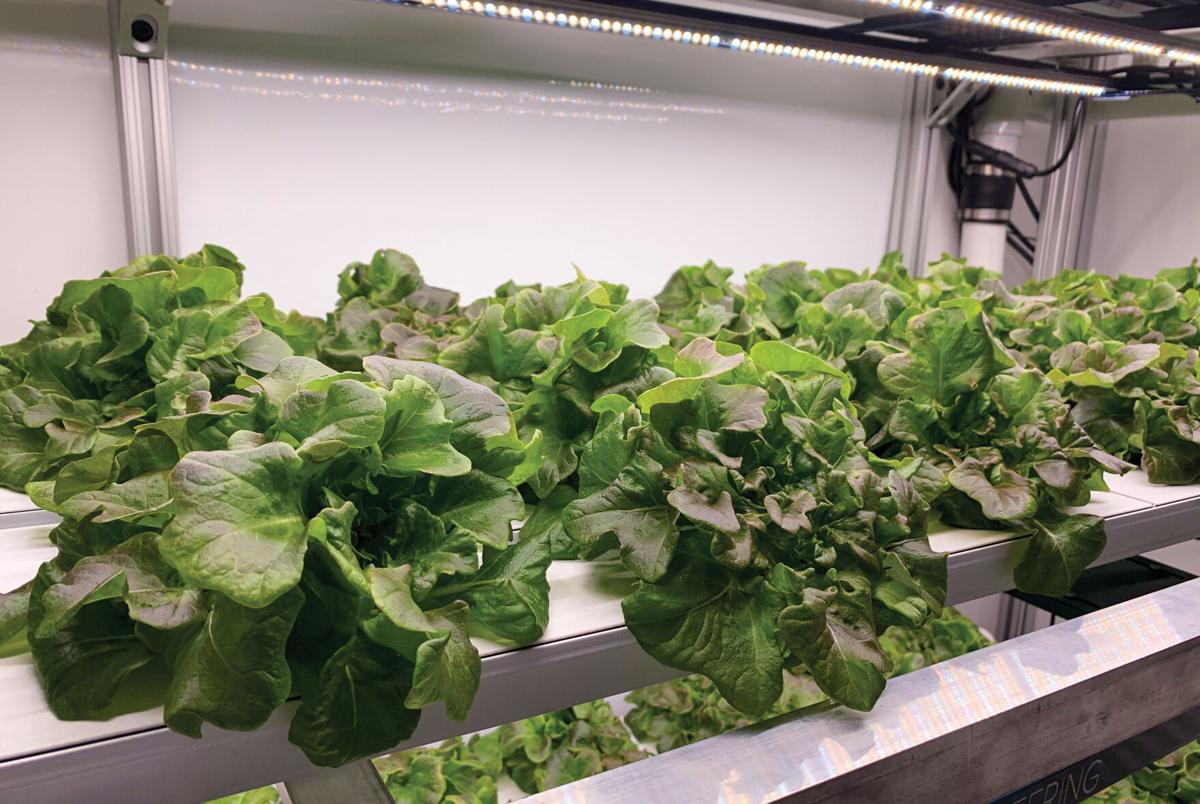 The harvest came from Mal’uk Farms, the first tribally owned farm on the Kodiak road system. It is operated as a partnership between the Native Village of Afognak and Tangirnaq Native Village.

A total of 230 heads of salanova lettuce were harvested and distributed locally during the past two weeks.

The plants were grown using a hydroponic system, without soil, laid out in grow trays with a mix of water and nutrients.

The Port Lions Farm and Marlene Kenoyer Gardens in Larsen Bay also had their first harvests, with the former harvesting basil and butter leaf and salanova lettuces, while the latter harvested salanova lettuce.

J.J. Orloff, the tribal administrator for the Native Village of Afognak, said the produce grown in hydroponic systems will help tribal community members, as access to fresh vegetables can be difficult on the island.

“It is going to mean a lot to our Elders and tribal members as far as getting fresh vegetables on the table,” Orloff said.

She said that in Kodiak, buying fresh produce is expensive and not always an option for families, especially those who live in the villages and ship their food items from Kodiak.

Many families typically eat canned and frozen vegetables, and some do not know how to use some of the fresh vegetables that will be grown hydroponically.

“The challenge we have seen is trying to get people familiar with things that they haven't used before. There are people that have never used this type of lettuce,” Orloff said.

To solve the issue, the tribe plans to create recipe cards to go along with the produce.

The hydroponic system was designed and built by Vertical Harvest Hydroponics based in Anchorage. The structure consists of rows of growing trays placed under lights in a cabinet-like structure.

Funding for the hydroponics project — called Suupet Neregkwarluki in Alutiiq language, or “We Are Feeding Our People” — comes from a three-year grant administered by the Kodiak Archipelago Leadership Institute (KALI). The money is from the Social and Economic Development Strategies Program under the Administration for Native Americans, part of the federal Department of Health and Human Services.

The grants pay for 11 growing cabinets, some in containerized growing systems delivered to the villages as well as Native Village of Afognak over three years. Six were delivered for this  harvest, and the rest will be delivered over the next two years.

KALI’s Project Director Robbie Townsend Vennel said the project has been ahead of schedule.

Vennel said the first harvests have been “phenomenal” and fast, since the plants began to grow during the last week of February and first week of March.

“VH Hydroponics delivered the cabinets two months ahead of schedule. The first harvest had four sites that did exceptionally well,” she said of Mal’uk Farms, and Marlen Kenoyer Gardens in Larsen Bay and Port Lions.

She added that Old Harbor’s harvest “is not too far behind,” while Ouzinkie had issues with where they first put their cabinets so their harvest has been slightly delayed.

“Vertical harvest has delivered. They are a great potential for rural Alaska and I think we demonstrate that,” she said.