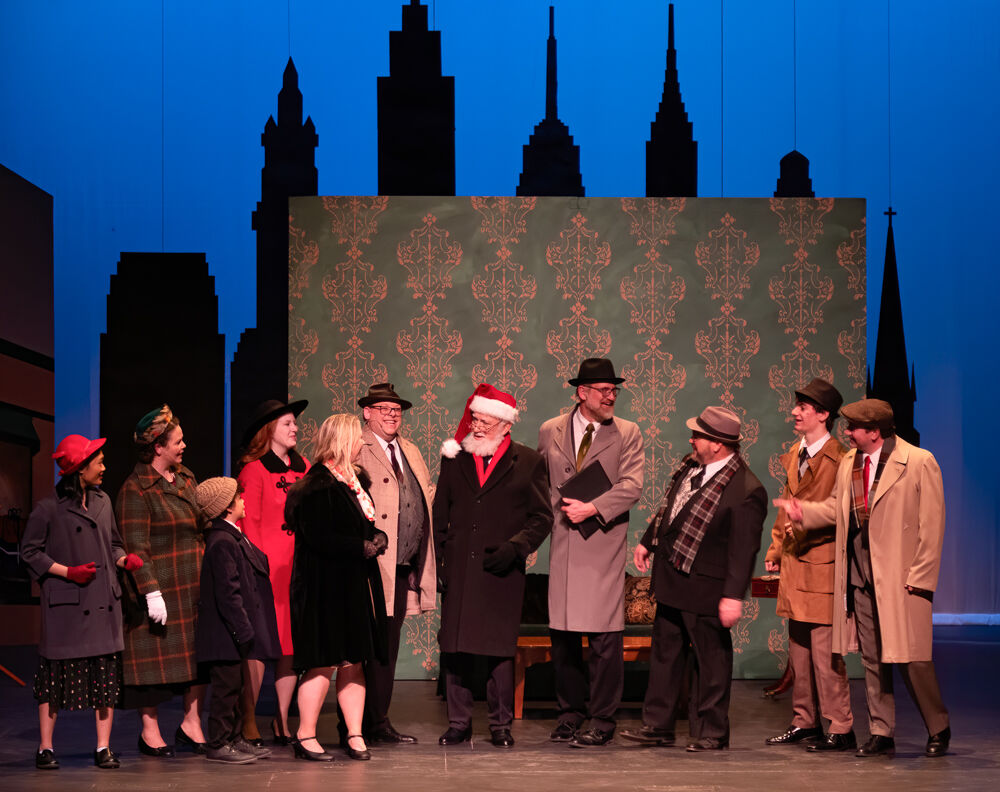 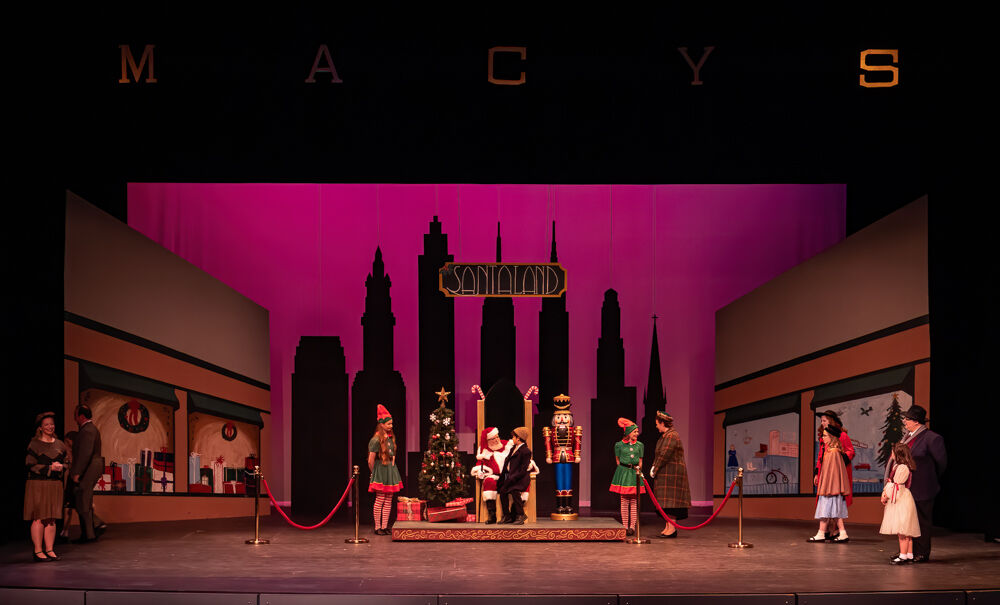 The Kodiak Arts Council will put Santa Claus on trial in its production of “Miracle on 34th Street,” which opens tonight at Gerald C. Wilson Auditorium in the high school.

“Miracle on 34th Street” is about Kris Kringle (Bill Barker) — a.k.a. Santa Claus — who inspires the spirit of Christmas in the people around him while working as the department store Santa in the Macy’s flagship store on 34th Street

in Manhattan. However, after claiming to be the real Santa Claus, Kringle upsets people and must defend his identity in court. The play, written by Meredith Willson, is an adaptation of Valentine Davies’ novel of the same name.

At its core, the show is about faith and kindness, according to director Jessi Marlow.

“It challenges Christmas as a corporate, material holiday and really gets down to the true meaning of it, which is community and family and believing in something greater than yourself and also believing in the mystical,” Marlow said. This is the 10th show that Marlow has directed and her second show with the Arts Council.

The star of the show is Barker, no stranger to playing Santa Claus-like figures. For more than 30 years, he has been known in town as “Father Christmas,” which is the Northern European iteration of Santa Claus. As Father Christmas, he has volunteered to share stories at Christmas events — like reciting “Twas the Night Before Christmas” at the Isle’s Bell Choir show next weekend — as well as pass out candy at downtown events hosted by the Chamber of Commerce and going house-to-house to spread holiday cheer, he said.

There are many things to look forward to in the play, in addition to the acting. The production crew put in a lot of effort to create a good show, said Kraig Patridge, who designed the sets. The set captures the magic of live theater, Partridge said. The period appropriate costumes, including the hats which were once a part of Darlene Olmid’s collection and donated to the Arts Council by her family after she passed, set the scene, said to Judy Carstens, who has done costuming for 11 shows in Kodiak.

“There is nothing about this show that is small,” Marlow said. “So many hours of work have gone into it.”

This will be the largest production the Arts Council has done in almost two years, Marlow said.

The Arts Council has taken precautions to protect people from COVID-19. There will only be 300 tickets sold for each show, which is 40% of the auditorium’s capacity, according to the Arts Council’s website.

Tickets are going fast. Seating in the main auditorium has sold out for every show, except for the Saturday matinee as of Thursday. Tickets can be bought at www.KodiakArts.org. Showtimes are 7 p.m. Friday, Dec. 3; 2 p.m. and 7 p.m. Saturday, Dec. 4; and 2 p.m. Sunday, Dec. 5.