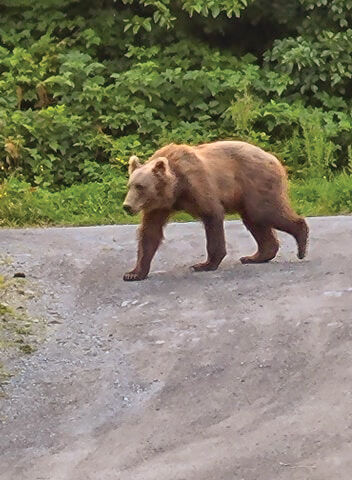 Kodiak residents captured videos and snapshots of bears all over town in 2020, including an unusual sighting on Near Island. 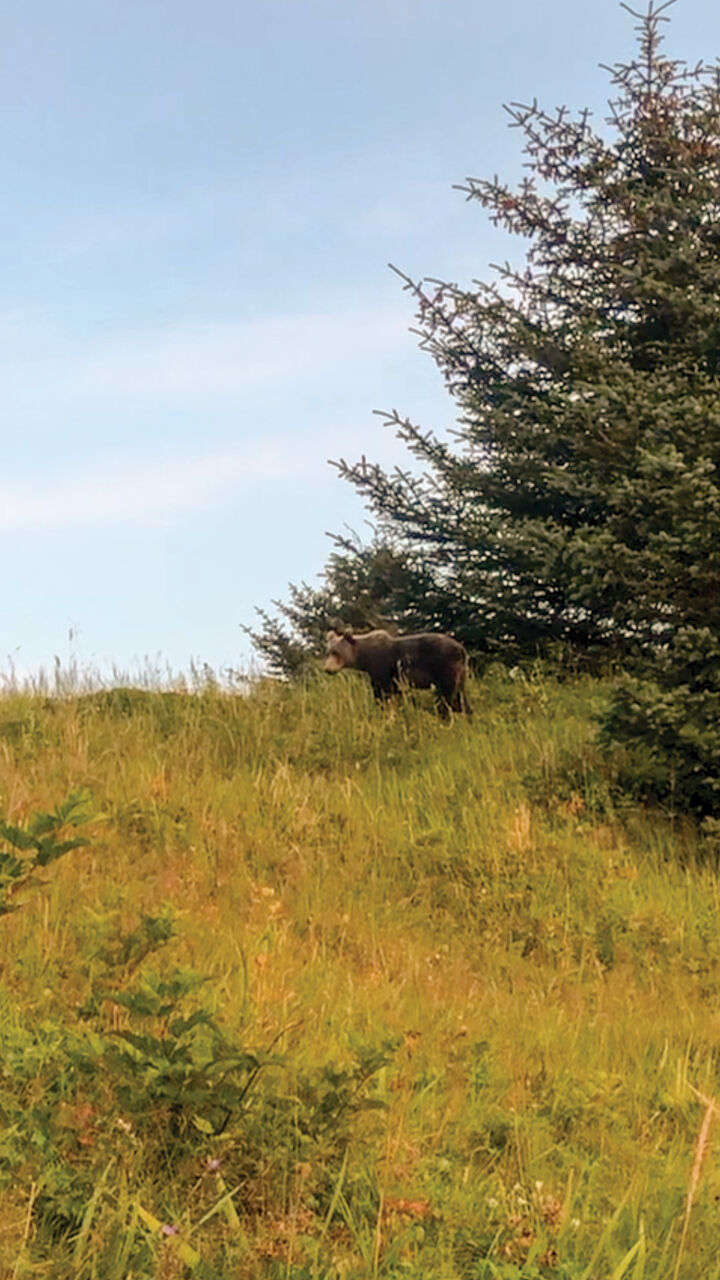 Kodiak residents captured videos and snapshots of bears all over town in 2020, including an unusual sighting on Near Island.

Among the many photos and videos on social media of bears wandering the mountains, forests and even streets of Kodiak this summer, several posts this week have stood out: those showing a bear walking along the breakwater at Saint Paul Harbor.

The animal was also seen swimming across the channel to Near Island, which is known to have abundant salmonberry bushes and other food sources favored by bears.

Nate Svoboda, an area management biologist with the Alaska Department of Fish and Game, said this occurrence, while uncommon, is not entirely unheard of. Reasons for the rare behavior could be that the bear was scared or was looking for food, he said.

Over the past couple of weeks, many Kodiakans have seen bears roaming around town in the middle of the day, and have posted near-daily sightings on Facebook. The Kodiak Police Department has sent out three bear alerts since the beginning of August.

Since the mauling of a trail runner on Pillar Mountain on Aug. 2, some locals have taken to social media to express their anxieties, and even their desires for the Department of Fish and Game to change their animal management strategy.

Officials never identified the animal involved in the mauling, and don’t know whether the bear was being aggressive, or whether it was protecting the site because of food or nearby cubs.

Although it might seem like there has been an increase in the number of bears meandering through town this summer, Svoboda said that might not be the case.

He said bears have always walked through town, but they are more noticeable during the middle of the day.

“We would be shooting bears nonstop if we shot every bear that came into town,” Svoboda said. “That’s something I certainly am not going to implement.”

He said that if he did so, there would be public outrage.

One potential reason for the seemingly higher number of bears roaming through town could be the lack of a spring nonresident and registration hunt because of travel restrictions put in place to help combat the COVID-19 pandemic.

During this year’s registration hunt, only one bear was harvested, compared to 10 to 15 bears in a typical year.

Some residents have commented that many years ago they never saw bears walking through town. Svoboda said one reason for this could be because decades ago, any bear that came near town was shot.

According to the Kodiak Archipelago Bear Conservation and Management Plan, in 1970 the state issued a policy limiting bear-control programs.

While ranchers who suffered losses could continue to take bears in defense of life and property, they could not shoot bears from airplanes or poison them.

“Sport hunting was to be the primary means of reducing bear numbers, and hunting regulations were liberalized,” said the management plan.

Svoboda said bears could be coming into town in search of food.

Before last week’s rainfall, water levels in rivers around town were extremely low, meaning fish were not swimming upriver in such high numbers, causing bears to potentially look elsewhere for food sources.

Svoboda said that despite the recent incidences of bears in town, he is surprised with how few reports he has received about bears getting into trash cans or dumpsters.

“Other than a few incidences on occasion, we haven't had the influx of problem bears that we’ve seen in previous years,” he said.

In high-bear-activity areas, the bins were removed and replaced with dumpsters. Svoboda noted that it is too early to tell if the new solid waste management strategy has been a success.

He reiterated that bears are constantly coming in and out of residential areas.

“Even shooting every bear (in town) isn't going to make all our problems go away,” he said. “We are just going to continue to have bears that come into town.”

Svoboda said the best way to change bear activity in town is to change human behavior, including improving solid waste management, being careful when hiking outdoors and building electric fences around livestock and other attractants. He added that many people in Kodiak are already doing a good job following these methods.

He said Fish and Game works with the Alaska State Wildlife Troopers when bears come into town.

They do not have a blanket policy, and gauge every situation differently depending on the age and behavior of the bear.

Young bears that come into town a few times and get into trash would not be considered a threat because they are trying to find their way in the world.

“Our job is to teach that bear, if you will, that this isn't the place to be,” Svoboda said. “Bears exist everywhere on Kodiak Island, not just in the refuge or outside city limits.”

If Fish and Game and the Wildlife Troopers decide that a bear poses a risk to the community, such as the three bears that were shot within the span of several days last January, then the agencies will take action.

He added that there are certain bears that are approaching that threshold, and the agencies will deal with them as they come.

Multiple options are under consideration to shore up student transportation at the school district, including a potential partnership with the Metropolitan Area Commuter System.