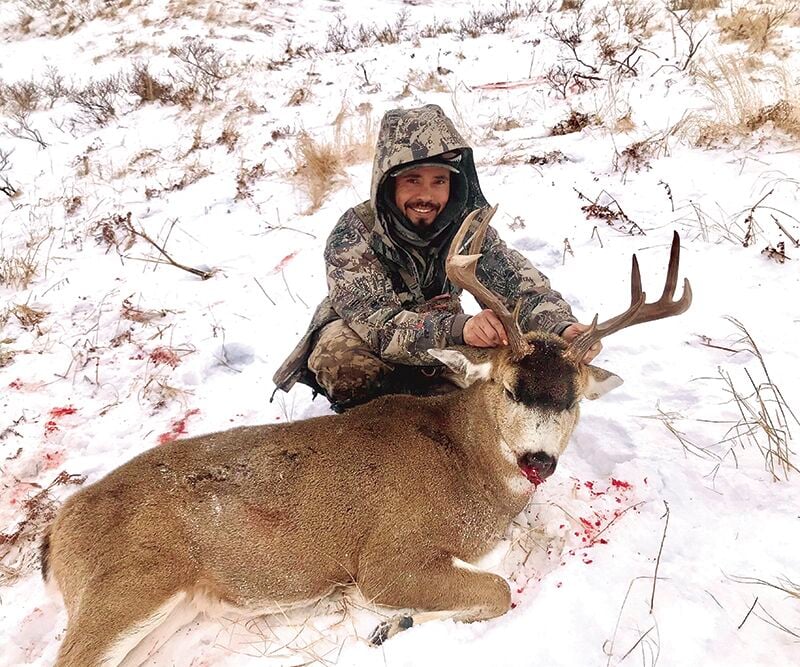 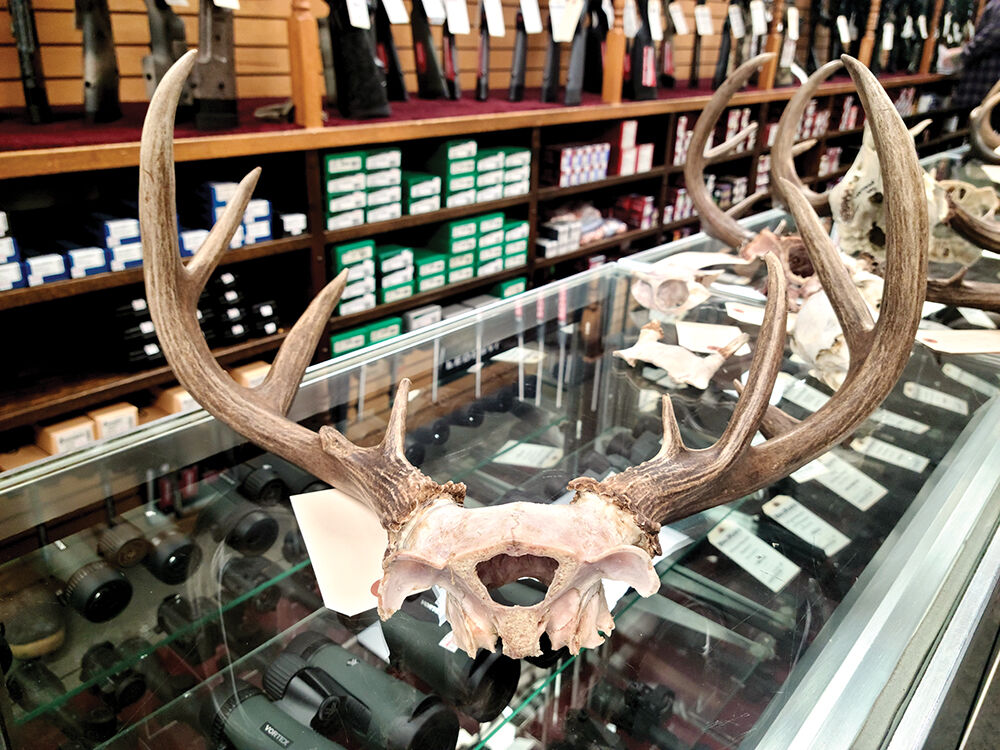 The winning rack of the Eric Lochman Memorial Big Buck Contest scored a 111 2/8.

The winning rack of the Eric Lochman Memorial Big Buck Contest scored a 111 2/8.

Twice out of the last three years, Gary Rozelle Jr. has been the bridesmaid in the Eric Lochman Memorial Big Buck Contest.

Now, he’s a runner-up no more. The 33-year-old native of Akhiok can finally celebrate. At a Saturday awards ceremony at Big Ray’s, Rozelle was announced the 2021 winner of the prestigious contest that the sporting goods store has sponsored since the 1980s.

“It was one of my biggest dreams to win the Kodiak blacktail buck contest,” Rozelle said. “Since I was big enough to hold a set of horns, I would sit on the couch and play with the points and just dream of dad bringing in the next big buck.”

And as luck would have it, Rozelle wasn’t in attendance to collect kudos and the accompanying prize package worth $2,300. He was in Anchorage. That didn’t stop others assembled at the store from drooling over the winning rack that scored 111 2/8 — two points better than runner-up Randy Diocares.

Measurements of a buck’s rack determine scores, and judging — Big Ray’s brought in four judges — criteria includes the antler spread, length of the points and number of points on each side of the rack.

The Boone and Crockett Club — the authority on game records — lists the world record typical Sitka blacktail as 133 points. That mark was set in 1970. Anything above 108 points is worthy of making the record list.

“It was one of the biggest animals I have ever shot,” said Rozelle, who bagged his first Sitka blacktail at the age of 7. He is now 33.

Before entering his hometown contest, he recorded several high places in the Boondocks Sporting Goods buck contest in Eagle River. Fun fact: The winner of this year’s Eagle River contest hunted out of South Kodiak Adventures.

“For both winners to come out of one lodge is unheard of,” Rozelle said.

Rozelle harvested a decent deer early in the season but knew it wasn’t a winner. That kept him and his buddy going.

“We knew they were out there, we just couldn’t quite pinpoint where the big ones were hanging out,” Rozelle said. “We hunted hard and just didn’t see any big bucks really.”

That drove Rozelle to explore a part of the island he had never hunted before. It turned out to be his lucky spot. He spotted the deer two days before leaving Akhiok for the season.

“It was in a place where I would never have imagined deer to be,” Rozelle said. “It was out in the open with no cover around.”

Not to mention a blizzard had just hit the area.

“It was cold. It was the worst November that we have ever had for hunts,” he said.

After seeing how big the deer was, there was no hesitation. He shot the 200-pound deer with a 300 Weatherby from about 175 yards out. He instantly knew it could be a deer that ended his drought.

“It’s been a long time coming,” he said.

Diocares has been hunting for over a decade but has never entered the contest before. His runner-up rack scored 109 1/8.

He bagged his deer on day four of his hunt. He said the deer walked right in front of him and he had about 10 seconds to put it down. Lucky shot.

“I couldn’t have not turned this one in,” Diocares said. “I never thought I would have the caliber to compete, but this one was. I was just hoping for top 10.”

Jeremiah Smith placed third with a score of 107 3/8. The top nine spots all scored above 102 1/8. Only five entries topped 100 points in last year’s contest.

“It was a nice contest,” Big Ray’s store manager Lenny Heglin said. “We appreciate the support from everybody, both vendors and our customers. It is a fun event.”