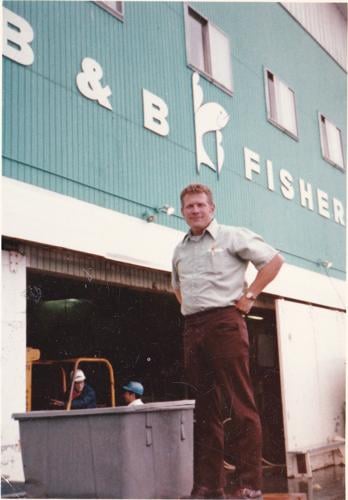 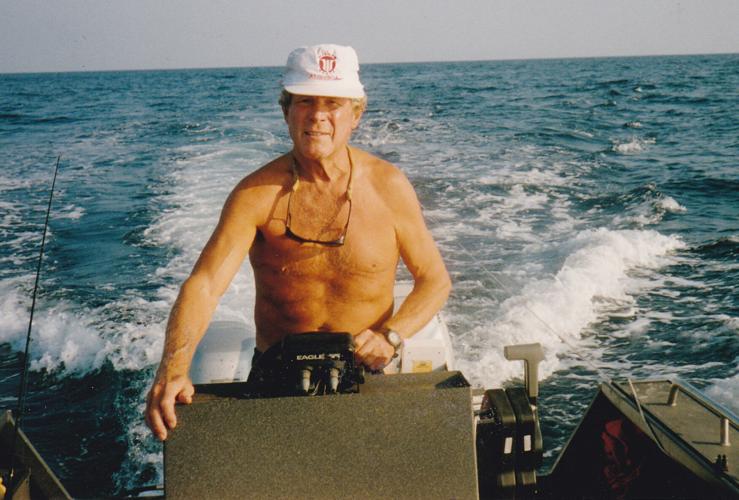 Bixby Wellington Bonney (Bix) passed away peacefully on November 5, 2022, at Providence Hospital in Kodiak after a lengthy battle with dementia.  Born on January 27, 1928, in Seattle Washington, Bix was the eldest son of Lyle and Miriam Bonney. After graduating high school in Seattle, Bix joined the Navy and served honorably until he was discharged after World War II. He then went on to attend college at Western Washington University and the University of Washington, where he earned a bachelor’s degree in chemistry. In 1952, while attending college, Bix met and married Patricia (Pat) Keithley, with whom he had six children: Tara Dawn (Tara), born in 1952 in Bellingham, Washington; Rory Scott (Scott), born in 1954 in Ketchikan, Alaska; Shawn Tuckness (Tuck), born in 1956 in Ketchikan, Alaska; Kirk Lyle (Kirk), born in 1958 in Everett, Washington; Miriam Lura (Mimi), born in 1960 in Sitka, Alaska; and Torrence Lane (Torr), born in 1965 in Kodiak Alaska.

Bix’s love of Alaska began when he moved with his family to Ketchikan to work as a chemist at the Ketchikan pulp mill. The family eventually moved to Sitka, where Bix worked at Sitka’s pulp mill as a Chemist/Quality Control specialist. It was while living in Sitka, that Bix’s love of fishing led to an offer to manage a fish plant in Kodiak. And so in 1962, with only $1.65 in his pocket, Bix packed up his wife Pat and five children and moved to Kodiak to become the general manager of Alaska Ice and Cold Storage (now APS).  Bix worked at Alaska Ice for several years before going out on his own and starting a business processing king crab on board a boat. Then in 1966, he branched out and partnered with the Japanese company Taiyo seafoods to build the most advanced shrimp processing plant on the west coast, which opened in 1967 as B&B fisheries (now Trident Seafoods, 521 Shelikof Street).

In 1973 Bix left B&B Fisheries to start a fish company in Ecuador that consisted of a mother ship and three catcher boats.  As this venture wasn’t as lucrative as hoped, and tired of the fish business, Bix moved to Anchorage in 1975 and bought into an executive search firm. Unhappy with sitting behind a desk, Bix, who was then divorced, moved on to start Northstar Adventures, a fish guiding business he began on the Kenai River and eventually expanded into Rincon De Guayabitos, Mexico. He met his later-in-life partner, Ellie Snodgrass, also an avid sport fisherman there.  Bix and Ellie spent the next 15 years building Northstar Adventures into a lucrative business, offering guided salmon fishing trips on the Kenai River during the summer and then, after towing the boats back to Mexico for the winter, provided clients with guided fishing trips for dorado, tuna, sailfish, and marlin.

In his late 1970s, Bix retired from fulltime fish guiding and he and Ellie moved to Oregon, where Bix enjoyed gardening, flyfishing, and going to garage sales. Bix began experiencing symptoms of dementia in his 80s and when it became apparent he was no longer able to live without assistance, he moved back to Kodiak to live with his son Tuck and daughter-in-law Julie.  He eventually moved to Sunrise Assisted Living, where he spent his last three years under the loving and compassionate care of the staffs of both Sunrise Assisted Living and the Island Cove Senior Center, whose services were invaluable to Bix and his family.

Bix lived life large and was a very charismatic and forceful man. During his life in Alaska, he ran for state legislator in the late 1960s, losing by only 26 votes. He served on the Kodiak Chamber of Commerce, regularly attended the episcopal church, was active in the Snow Bruins and Elks, and was a committed and involved businessman in the Kodiak community.  He also served on the Alaska Board of Fisheries, and in the late 1980s became politically active as Bob Penny’s representative for the Kenai River Sport Fishing Association. He was Senator Ted Stevens fishing guide for many years during the annual Ted Stevens Kenai River Classic, a fundraising event to support fishery conservation.

Bix is survived by all of his children, with the exception Kirk, who died in 1978, 12 grandchildren, 10 great grandchildren and by his sister Linda McCloud and brother John Bonney.  Bix’s ashes will be spread by his family and friends during the 2023 silver season at Pasagshak, where he camped and fished with his children, grandchildren, and friends every summer beginning in 1975 until he was not capable of enjoying the sport that played such an important part in his life.

Omicron BA.2: What we know, what what to expect

In Alaska, Covid-19 cases are leveling off after reaching record highs during the Omicron surge, but a new and even more highly contagious variant is on the rise. The BA.2 variant of Omicron now accounts for over 50% of new cases nationally, and just under half of cases in Alaska, state epid…

North Pole Rep. Mike Prax was one of eight lawmakers diagnosed with Covid-19 Wednesday in an outbreak that has swept through the Alaska House.