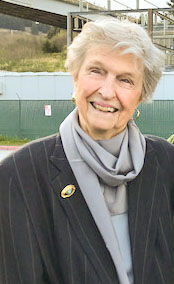 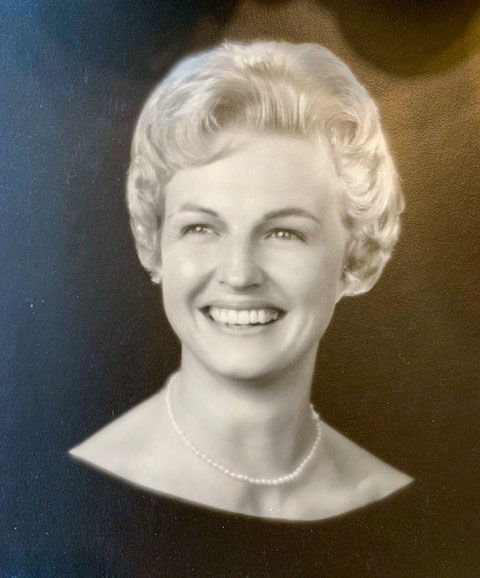 On the 19th of May 1933, the depths of the Great Depression, in a sharecropper’s cabin in cotton fields west of Bonham, Texas, a baby girl they named Norma was born, the first child of Clarence and Lila Howard. She would be followed by a sister and four brothers. Soon, however, the family moved to Bonham and then Sherman, where Norma eventually graduated from high school with honors. While in school, she worked in several businesses, one, a flower shop, where she developed a lifelong love for gardening. Another was a clothing shop where she acquired a taste for fashion. After graduating, she worked as a telephone operator before moving on to Omaha, Nebraska, to acquire additional clerical skills.

While there, she was recruited to go to Washington, D.C., to work for the Federal Bureau of Investigation, first as a clerk typist, then as stenographer taking dictation from several agents. Norma was always proud of her FBI service during which she received several letters of commendation. One such was for the long hours spent working on the Bobby Greenlease kidnapping, a case which dominated national news at the time, for which she received a letter of commendation and a handshake from J. Edgar Hoover.

At an informal pizza party in an apartment she shared with several other “government girls,” Norma met her future husband Jerry, a sailor stationed nearby. The two hit it off at first sight and two years later obtained a “quickie” marriage in Yuma, Arizona. Although warned that “Yuma marriages don’t last,” it was the beginning of a marriage that was to last for 66 years. The nine-month “honeymoon” was spent by Norma alone in San Diego while her husband was aboard ship in the western Pacific.

On return to from his “honeymoon cruise,” the couple relocated to Memphis, Tennessee, where Jerry was sent for further training and where their first son Charlie was born, then Jacksonville, Florida, and finally Seal Beach, California. While there, Jerry was accepted into a program which would lead to an officer’s commission, another life-changing move which Norma took in stride. A second son, Robert, was born the day after Jerry’s graduation from Officer Candidate School and the family relocated again, this time to his new ship home ported in San Diego, but which was at the time operating in the western Pacific.

After four years and two more deployments, while raising two small children with her husband at sea, the couple relocated halfway around the world to Taiwan, where Jerry was assigned as an advisor to the Nationalist Chinese Navy. Again, she adapted readily. Now blonde, almost 6 feet tall in heels and a bouffant hairdo, she drew crowds of small, dark-haired people wherever she went. She drove a green, Japanese canvas-topped four-wheel-drive and which earned her the name “Hatari” with the locals after a movie current at the time about Africa. While there, Norma worked as a volunteer with the United States Information Service (USIS), teaching conversational English, as well as teaching the same at the Chinese Naval Academy. In her spare time, she earned her Red Cross Life Saving certificate and taught swimming.

Two years in Taiwan and another move, this time to San Francisco, where her husband’s ship was home ported. Eighteen months later, Norma and the family returned to Texas to be near family while Jerry was in Vietnam. Toward the end of that assignment, a letter from Jerry asked where she would like to go next. She wrote back, “Greece, Spain or Hawaii.” Letters crossed somewhere and she learned the next stop would be Kodiak, Alaska.

In Kodiak, before long, Norma went to work for the Kodiak Island Borough, first as a file clerk, soon office manager and finally clerk treasurer, one of only four paid employees at the time. After about two years, a dinner conversation resulted in Jerry requesting retirement from the Navy and plans to buy a sailboat and set sail for wherever the winds might take them.

Seven years later, that dream became reality and the two departed San Diego in their new 36-foot cutter “Stormalong” headed south. Norma adapted again, learned “the ropes,” how to “hand, reef and steer” and to do celestial navigation. Four and a half years later, they sailed into Key West having spent the years along the coasts of Mexico, Central America and the western Caribbean.

Returning to their home in Kodiak, Norma re-adapted to dry land and after working several jobs went to work for the Kodiak Regional Aquaculture Association as its only employee except for the director.

Norma loved the sun. During annual winter breaks and after retiring, for almost 20 years, for two or three months at a time, she and Jerry explored the countries of Southeast Asia and India. Rickshaws, trishaws, elephants and camels, she rode them all. Thatched huts or (occasionally) plush hotels, she took them all in stride.

She was preceded by her sons Charlie and Rob, parents and three brothers, Thelbert, Troy and Dwight Howard, and survived by Jerry, her husband of 66 years, her sister Carron and brother Roger.

One of Norma’s interests was genealogy, and she was an active member of the Daughters of the American Revolution for many years. She was also active in the Kodiak Garden Club and Kodiak Pioneers of Alaska, and a longtime member of Kodiak Island Sportsman’s Association, as well as various others over the years that escape the memory of the author of this obituary.

A celebration of Norma’s life will be held at the Afognak Center on Near Island, August 1 from 2 to 5 p.m.

At the fair, a lesson in ranked choice voting

The League of Women Voters of Tanana Valley is hosting the fair food poll to provide a way for people to try out ranked choice voting, the new voting method starting next year in Alaska.

This city airport, just about 50 miles south of Fairbanks, includes a paved 4,600 foot runway, a ski strip and a float pond. Avgas and Jet A fuel are available for sale.