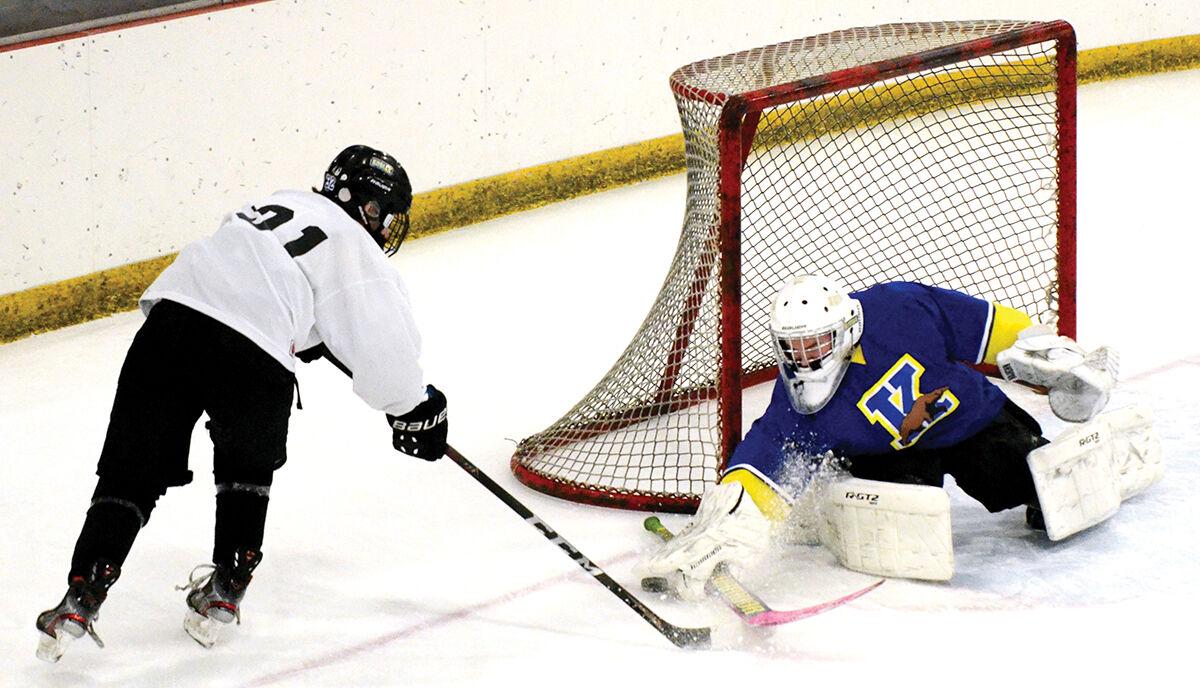 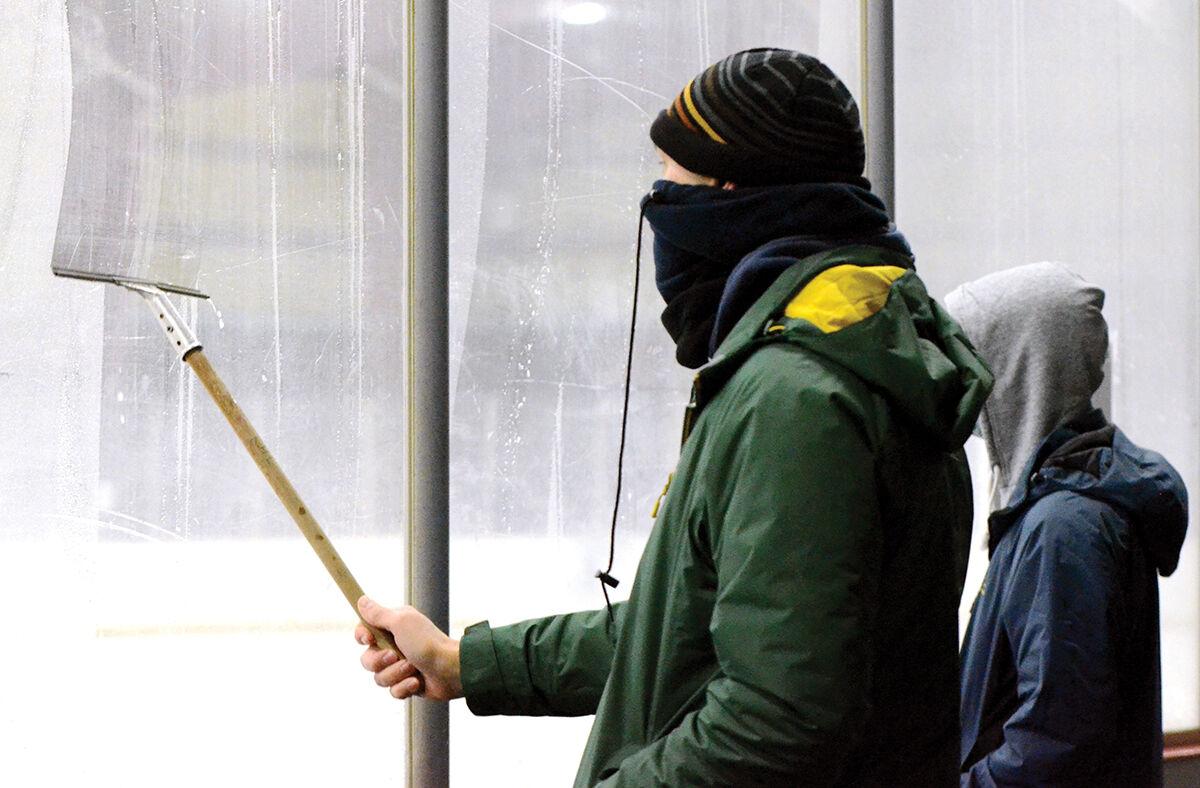 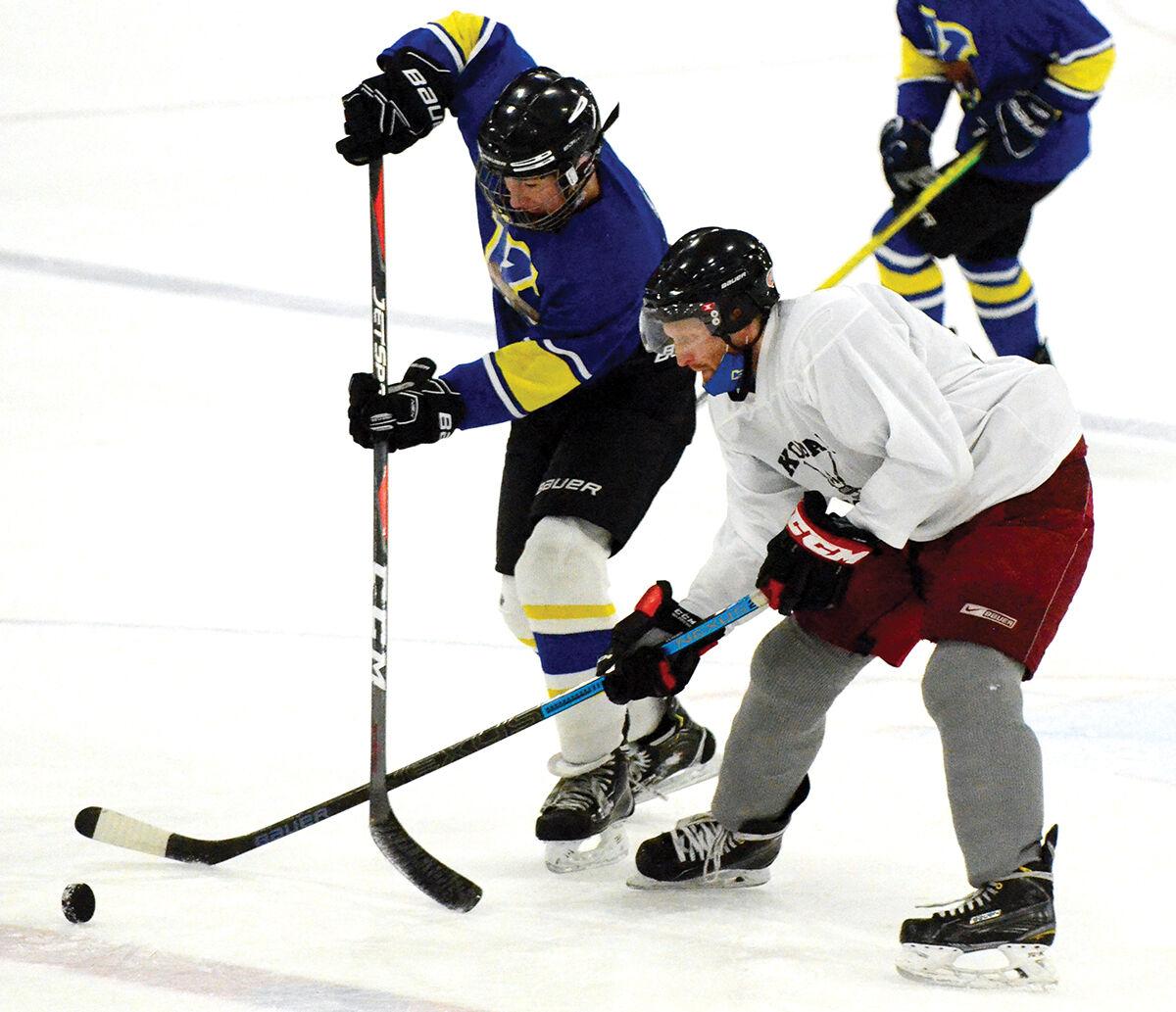 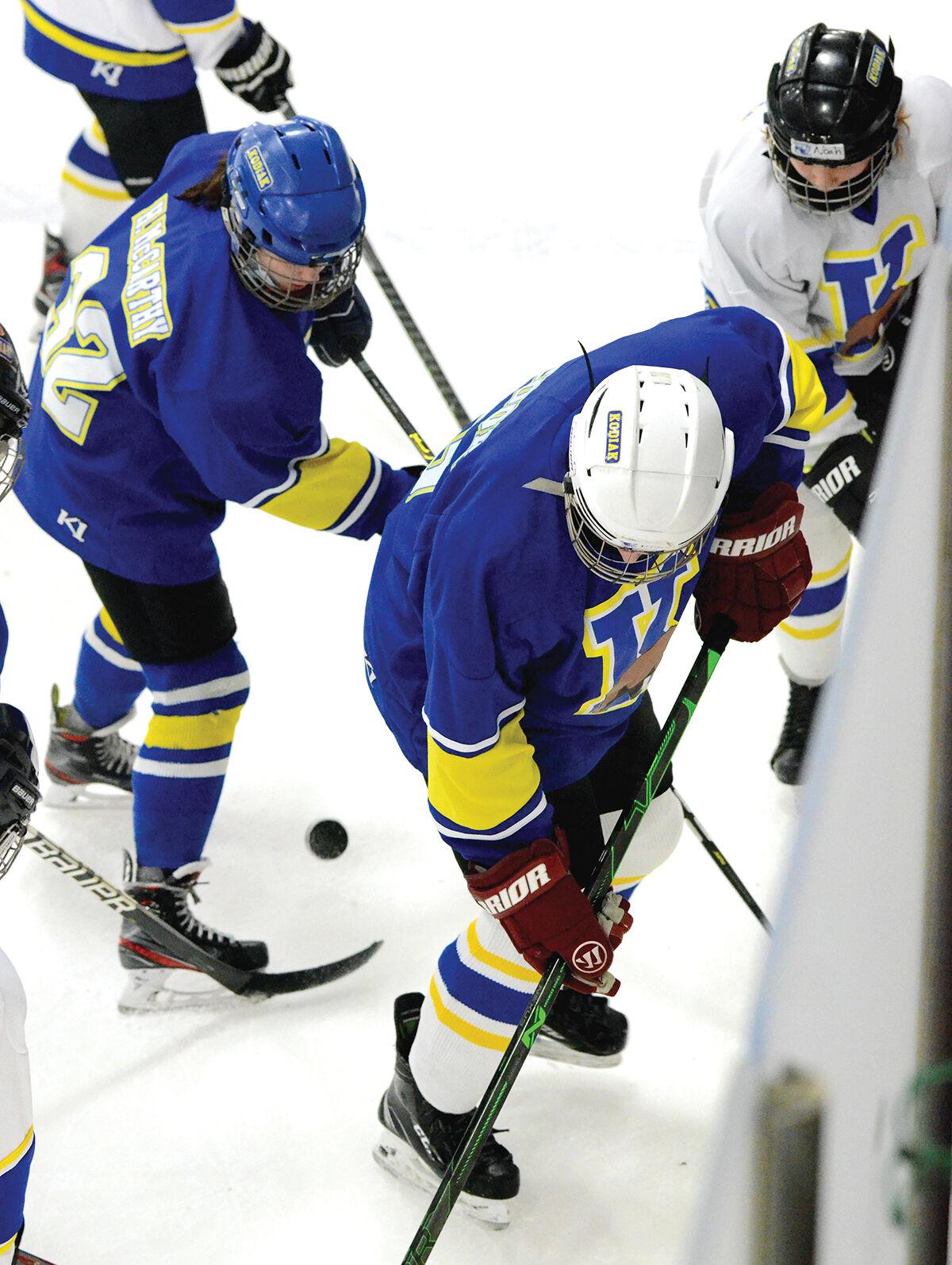 The Kodiak Hockey League’s 18U and 16U teams held a Saturday night scrimmage at the Baranof Park Ice Rink. The Blue team used five goals in the third period to shot past the White team 8-3. The White team included seven adults.