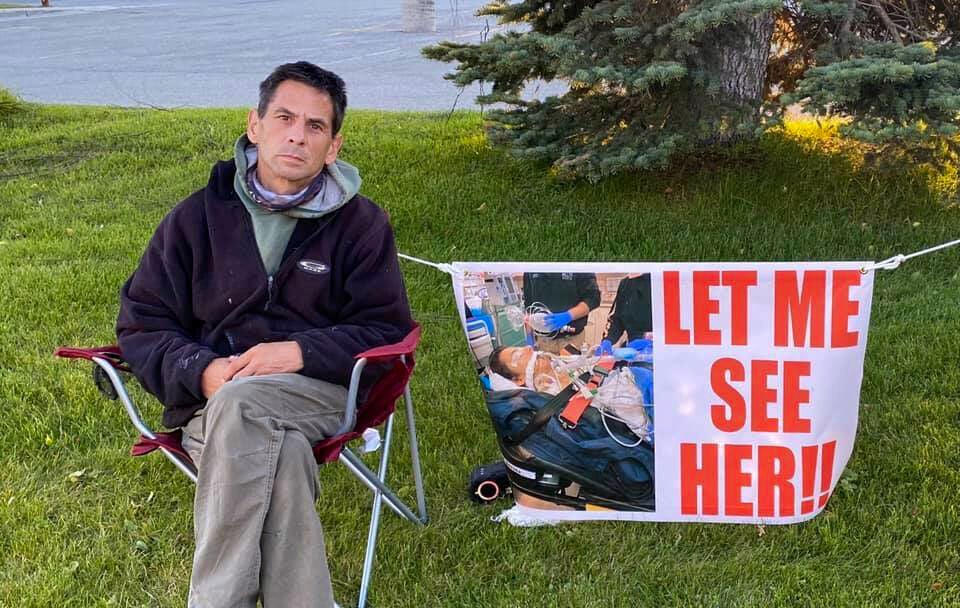 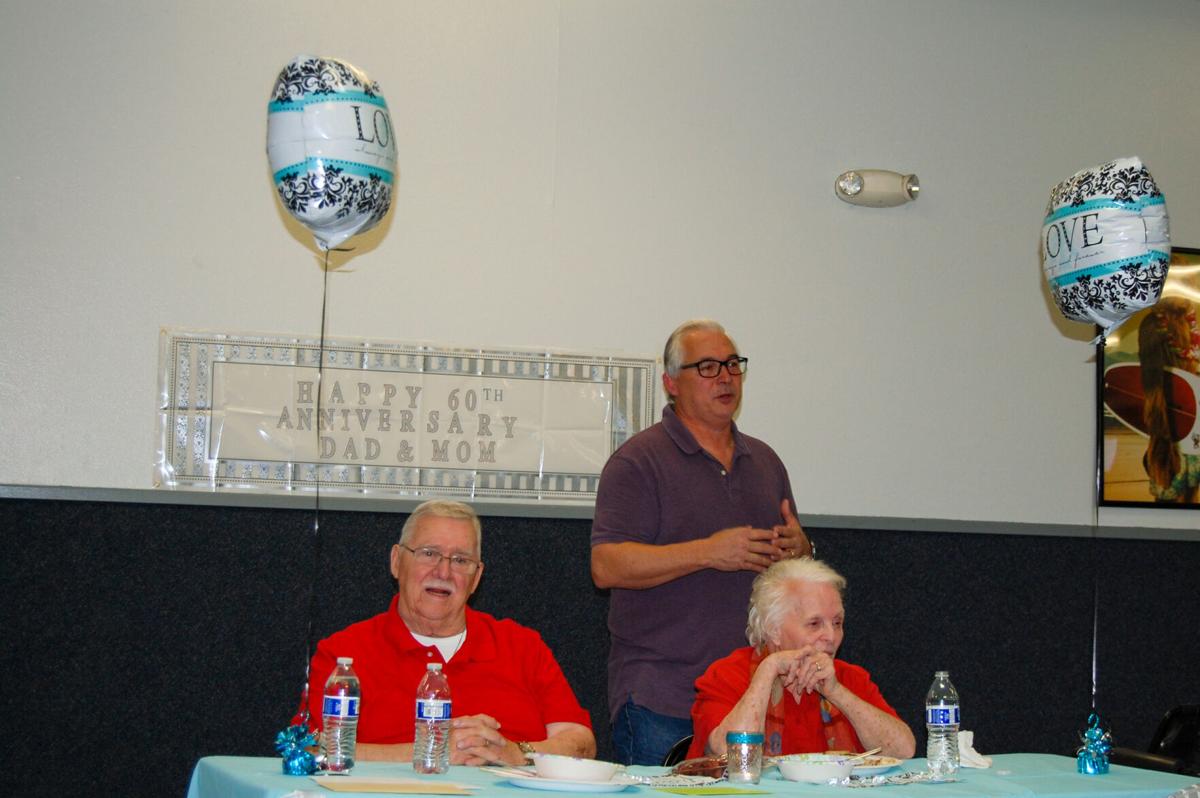 To all of you fathers out there who have stood by your families and shown your children and grandchildren the important things of life, we salute you.

For this tribute to fathers, I’d like to single out two men who are quite different in age and disposition. But both epitomized what is great enough about fatherhood that it deserves its special day.

First of all, I’d like to salute the late Laurence (Lavrenti) Anderson, who brought much joy and laughter to his family, friends and even strangers during his sojourn on this earth.

I worked with Laurence at St. Herman’s Seminary, where he was a custodian and I was a language arts teacher, cook and bookstore manager. Laurence joked a lot with the students, but he had his serious moments, too. One day I noticed Laurence’s Bible on his desk. He had underlined a passage in the book of First Samuel that says God does not look at the outward form of man, but at the heart.

Laurence had a big heart — big enough to hold his beloved wife Haroldean and their children and grandchildren, as well as others.

I’ll never forget the Andersons’ 60th anniversary celebration. Laurence stood at the table with his family beside him. He said that when he was young, he wanted to get rich.

Pointing to his family, he said, “These are my riches.”

He said this with a few tears falling down his cheek. Laurence wasn’t ashamed to cry. More than once he told me that when a person feels a tug to cry, that’s the Holy Spirit working within your heart.

Laurence’s heart encompassed a lot of people. He liked bringing joy to family, friends and strangers, especially those who didn’t have much to be happy about. For years he was Kodiak’s secret Santa who went to homes with gifts and kind words.

He started his Santa Claus stint at the Donnelly and Acheson store.

While he worked as a custodian at Peterson Elementary, Laurence was that school’s Santa at Christmas.

Laurence apparently played (and looked) the part well, because he got a lot of invitations to appear at office parties.

“I went partying all over,” Laurence said.

He liked to party in situations that were alcohol-free. But there was a time when Laurence had an addiction to alcohol. He unabashedly shared his story of how he got to the point where he couldn’t quit drinking on his own.

Finally, he sought God’s help. In Laurence’s own words, the Lord told him, “Lavrenti, let Me come down and help you.”

After that conversation with God, Laurence didn’t have a problem.

For 53 years Laurence, dressed as Santa, visited homes on Christmas Eve with his helpers, who usually were members of the family.

Laurence recalled going to a home where three kids and their parents had very little. They had no electricity or heat.

“They just had a little limb for a tree, a branch. I just about cried. It was sad to see that,” Laurence recalled.

Laurence and his helpers provided the family with gifts and a turkey dinner.

One of Laurence’s helpers that night was his son David, who recalled that once they were ready to go home, “The dad came out ... and said, ‘I don’t know who you are, and I don’t know who your Santa Claus is, but God bless you guys. You made my family very happy tonight.’”

Often Laurence came home late — and tired —  on Christmas Eve because of his Santa Claus gig. But his wife Haroldean understood that this was worth it.

Some gave Laurence a monetary renumeration for his kind deeds, but he turned the money away.

“‘You’re taking the joy from me. I won’t come to your place if you put money in the envelope. I’m doing this because I enjoy it. ... I take the spirit of Christmas. ... You can leave me a cookie or a glass of milk, or a duck, I’ll take that.’ That’s what a lot of them did.”

As I reminisce about Laurence, I recall seeing him at Holy Resurrection Orthodox Church as a starosta. He always showed love and acceptance to all who stepped inside the church.

If you have some Laurence stories, you’re welcome to share them at a celebration of life in honor of him on July 5, from 4 to 8 p.m. at the Elks.

The first time I saw Marvin Abbott — the other person I salute on Father’s Day — was at the family reunion of his mother Lydia Olsen. Marvin didn’t like having his picture taken. He even balked the time that I took pictures of him and his fellow classmates shortly before his high school graduation.

I never dreamed that, one day, I would stand in awe of his devotion as a father. I recall sitting in his home while he showered loving gestures and words with his daughter Rachelle Abbott, who was recovering from respiratory failure due to an asthma attack.

Rachelle had been hospitalized at Providence Alaska Medical Center in Anchorage for weeks during the COVID restrictions. Marvin couldn’t visit his daughter, so he camped out in front of the hospital displaying a sign reading “Let Me See Her.” He became somewhat of a folk hero.

With help from his mother, Marvin looked for a house where he could take care of his daughter. After all, recovery is more possible in a family home than in an institution.

Defying the professional advice that he couldn’t take charge of his daughter’s recovery, Marvin led the way to rent a home where he could bring his daughter.

His mother commended Marvin for stepping up to the plate, not only for caring for his daughter, but also for looking after the needs of his mother and granddaughter — Rachelle’s daughter Izzie.

Marvin also looked steadfastly for special equipment for his daughter, such as a wheelchair and a special-needs van.

Lydia said a “huge blessing” through this ordeal was seeing her son take on the responsibility of caring for his daughter. He braided her hair and gave her a bath.

Marvin also looked after his mom, who was thrilled when her son asked her if she wanted to go for a ride.

“It was so many years that I wished my kids would have done that,” Lydia said.

“One of my biggest blessings (was) to see (Marvin) take that full responsibility. He’s ‘Johny on the spot’ with (Rachelle’s)  meds. He looks like an old pro.”

Laurence and Marvin, in their exemplary love for their family — provide a powerful rebuke to those in our society who say that fatherhood is insignificant and obsolete.

At the fair, a lesson in ranked choice voting

The League of Women Voters of Tanana Valley is hosting the fair food poll to provide a way for people to try out ranked choice voting, the new voting method starting next year in Alaska.

This city airport, just about 50 miles south of Fairbanks, includes a paved 4,600 foot runway, a ski strip and a float pond. Avgas and Jet A fuel are available for sale.