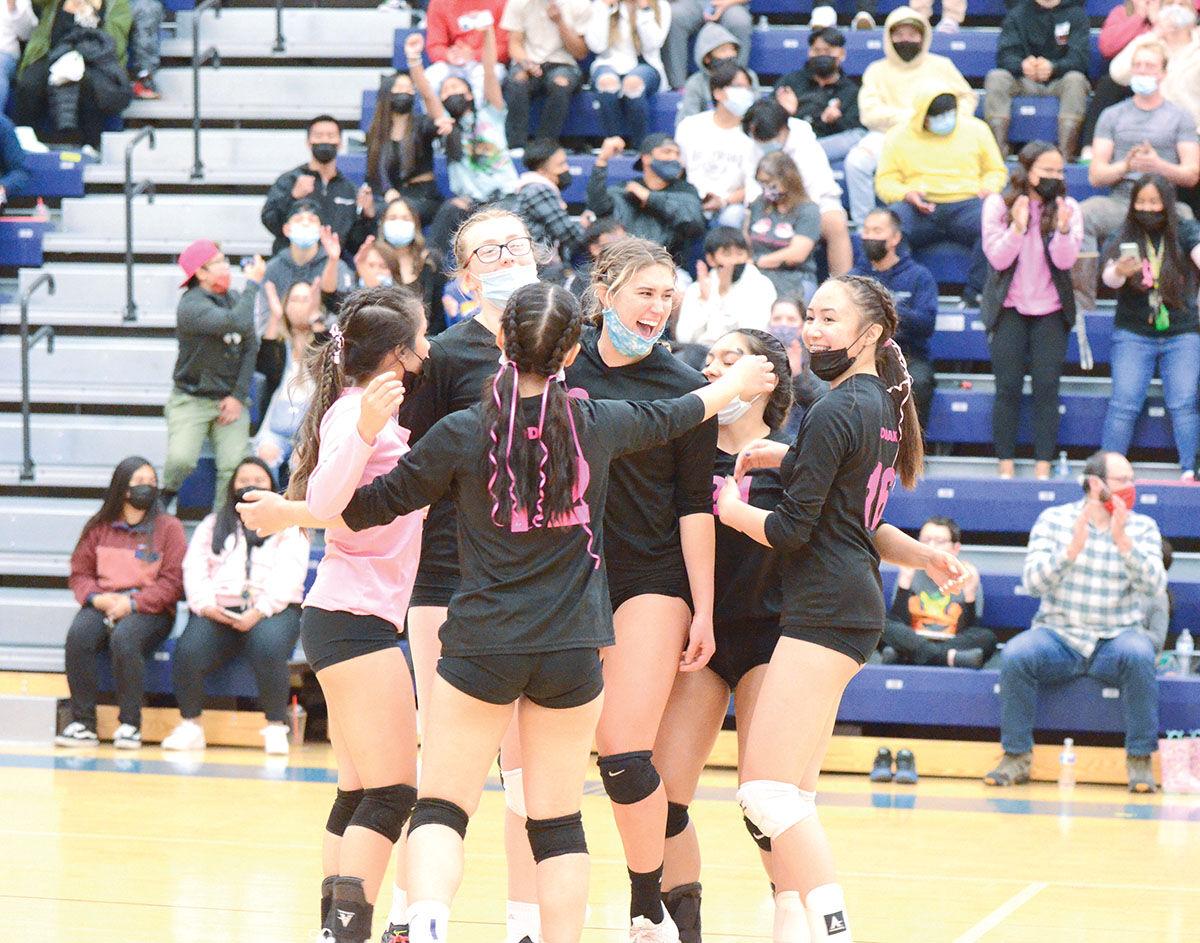 Members of the Kodiak volleyball team celebrate after beating Palmer in October at Kodiak High School. 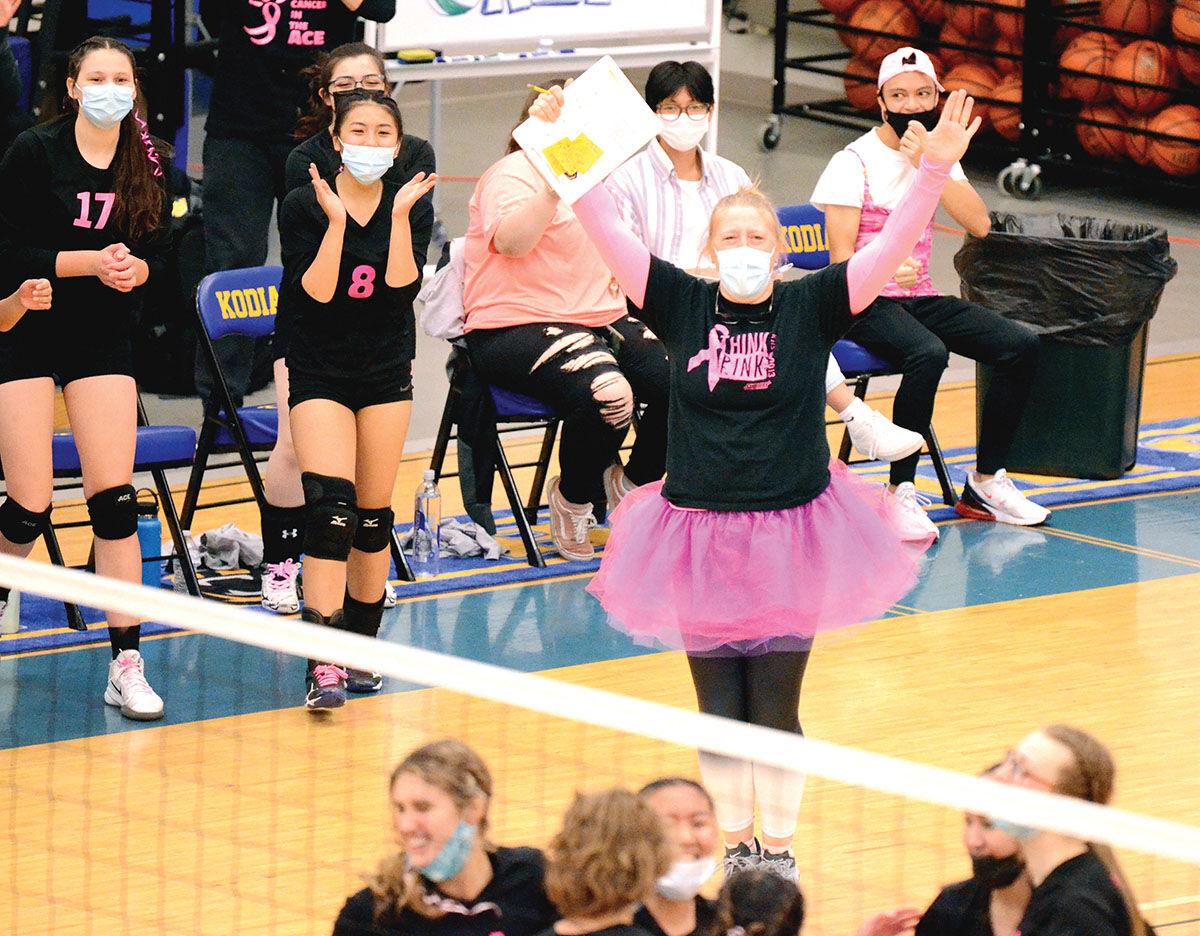 Kodiak coach Amy Willis, in her pink tutu, celebrates a play from her team during a volleyball match against Palmer Friday at Kodiak High School. 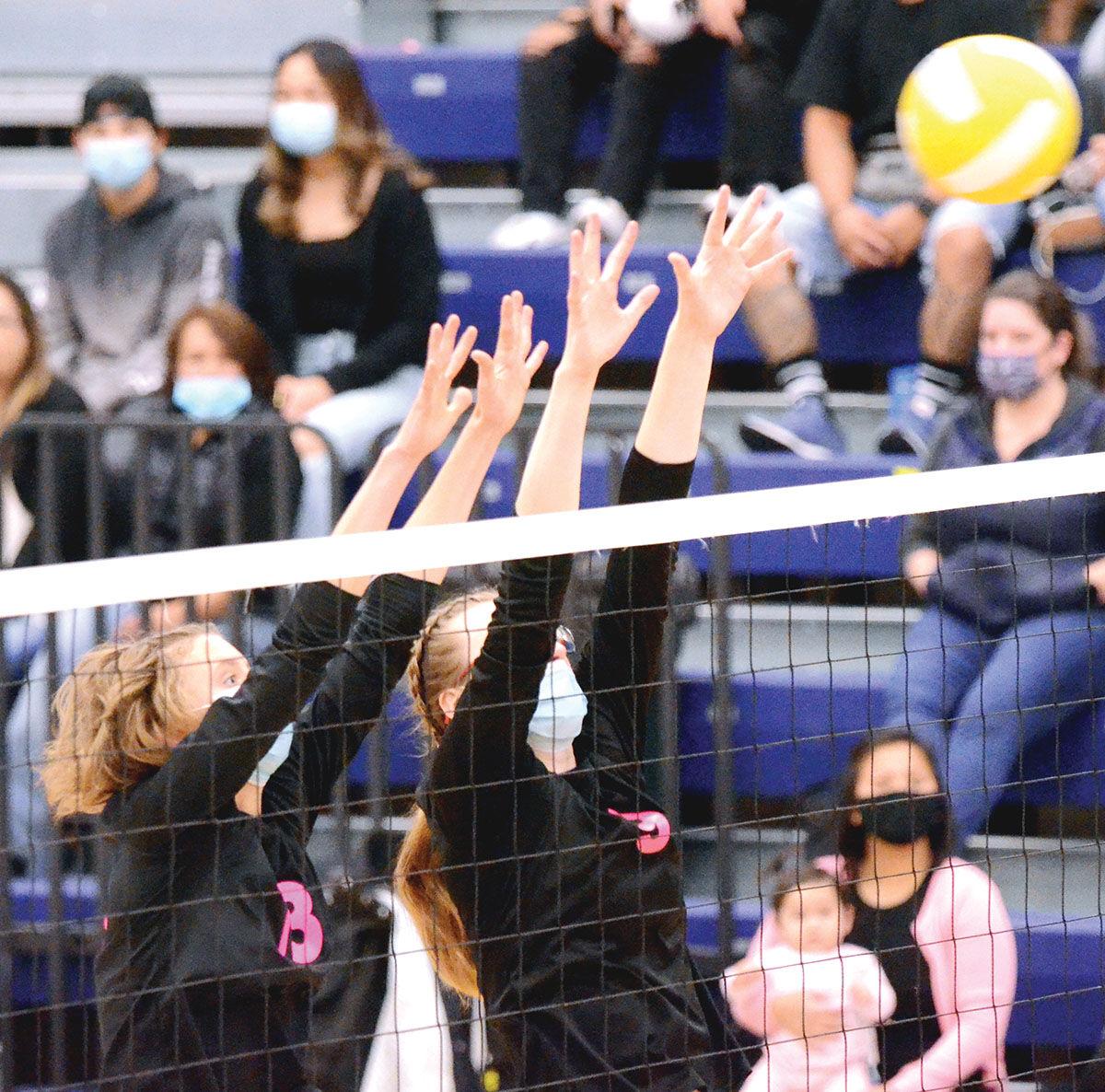 Kodiak’s Elan Hilty, left, and Kristin Carstens go up for a block. 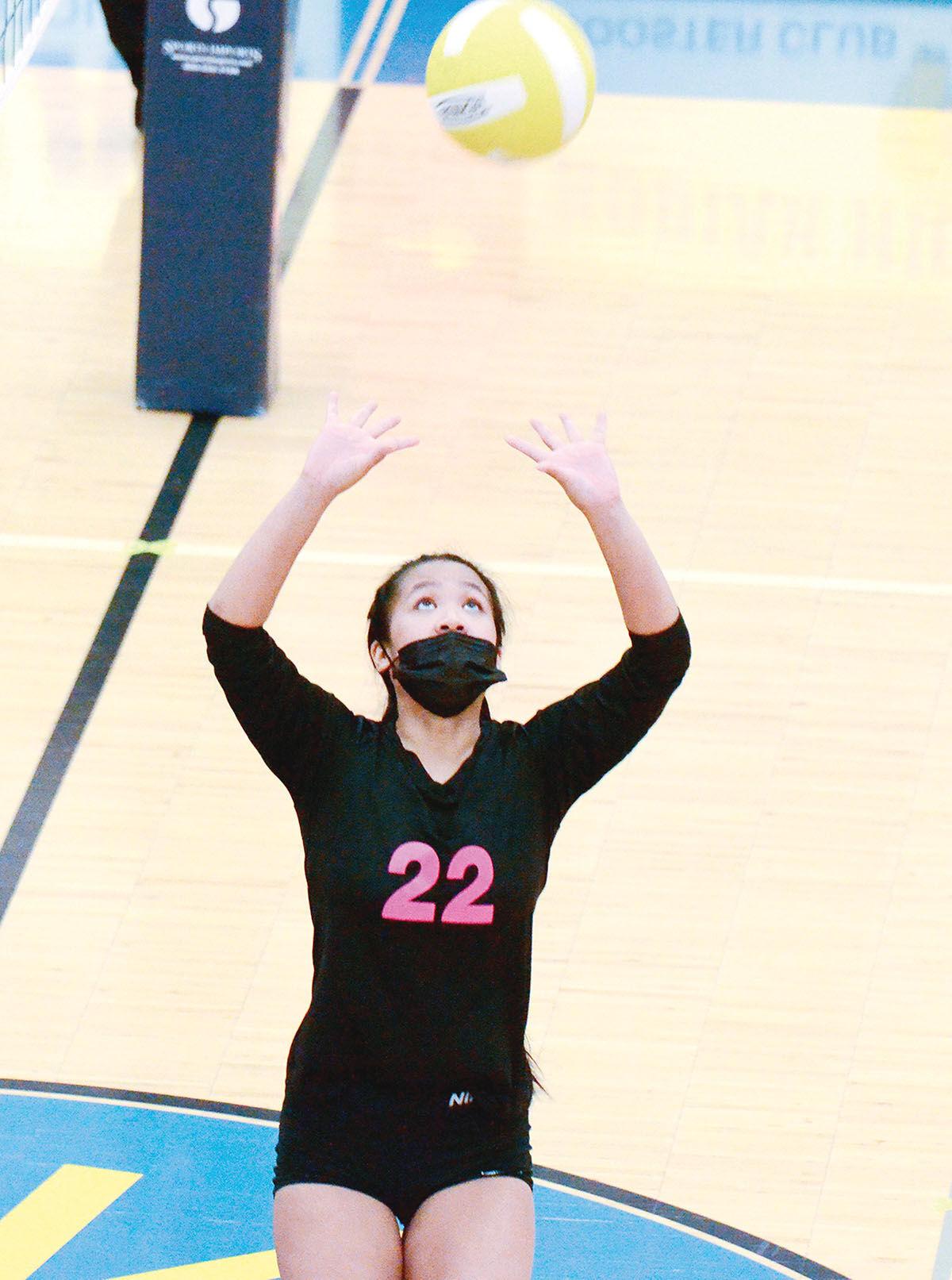 Members of the Kodiak volleyball team celebrate after beating Palmer in October at Kodiak High School.

Kodiak coach Amy Willis, in her pink tutu, celebrates a play from her team during a volleyball match against Palmer Friday at Kodiak High School.

Kodiak’s Elan Hilty, left, and Kristin Carstens go up for a block.

All it took for Kodiak volleyball to end a lengthy Northern Lights Conference losing streak was for coach Amy Willis to donn a pink tutu.

Mangrobang was surprised to see her coach in a tutu and said it was the team’s good-luck charm against Palmer.

“I love it,” Mangrobang said. “It is really cute. She really has the spirit.”

Despite Friday’s victory, Willis didn’t break out the tutu in Saturday’s match.

“I have some superstitions, but this outfit is not it,” Willis said. “I was telling them (the players) if we lose and I’m in this outfit, I’m going to be really mad.”

After being swept by Wasilla and Colony earlier this season, Willis was at her best in a pivotal weekend for Kodiak.

With the Bears playing their first match at home since school started, Willis reminded the fans to cheer during the first set. The veteran coach led the effort from the sideline.

“You know what I realized, no other coaches really do the cheers with the team, and nobody else seems to get animated,” Willis said. “I always knew I was a little different, but honestly, whatever it takes to get them pumped up and excited. I’m just so happy for them when they are achieving their goals — I can’t contain it.”

Elan Hilty and Kristen Carstens powered Kodiak to its first conference win of the season. The powerful duo accounted for 18 of the Bears’ 26 kills — Hilty sprung for 10 and Carstens had eight.

Late in the first set, Kodiak tied it at 22 on an Annora Virgin kill, took the lead on a pair of Palmer hitting errors and polished off the victory on a Hilty kill.

The Bears never trailed in the second set and led by as many as 10 points to go up 2-0.

Palmer avoided the sweep by jumping out to a 19-13 lead to take the third set.

Kodiak regrouped and took a 16-9 lead in the fourth set. Carstens finished the match with an ace.

“I’m really proud of them,” Willis said. “I was a little nervous that we lost some energy in set 3 and I thought it would be easy to stay on that path and not resurrect ourselves. They wanted it and worked really hard for it.”

Mangrobang, who dished out 11 of her team’s 23 assists, was inspired by playing at home for the first time since August and fed of the vocal crowd.

“I missed this feeling a lot, and I’m pretty sure the rest of the girls did, too,” Mangrobang said.

After dropping the first set, Kodiak reeled off three straight victories to complete the sweep of Palmer.

Mangrobang had a team-high 22 assists, while Llorente had 27 digs and five aces.

On Friday and Saturday, Kodiak is at the Dimond/Service Tournament in Anchorage.