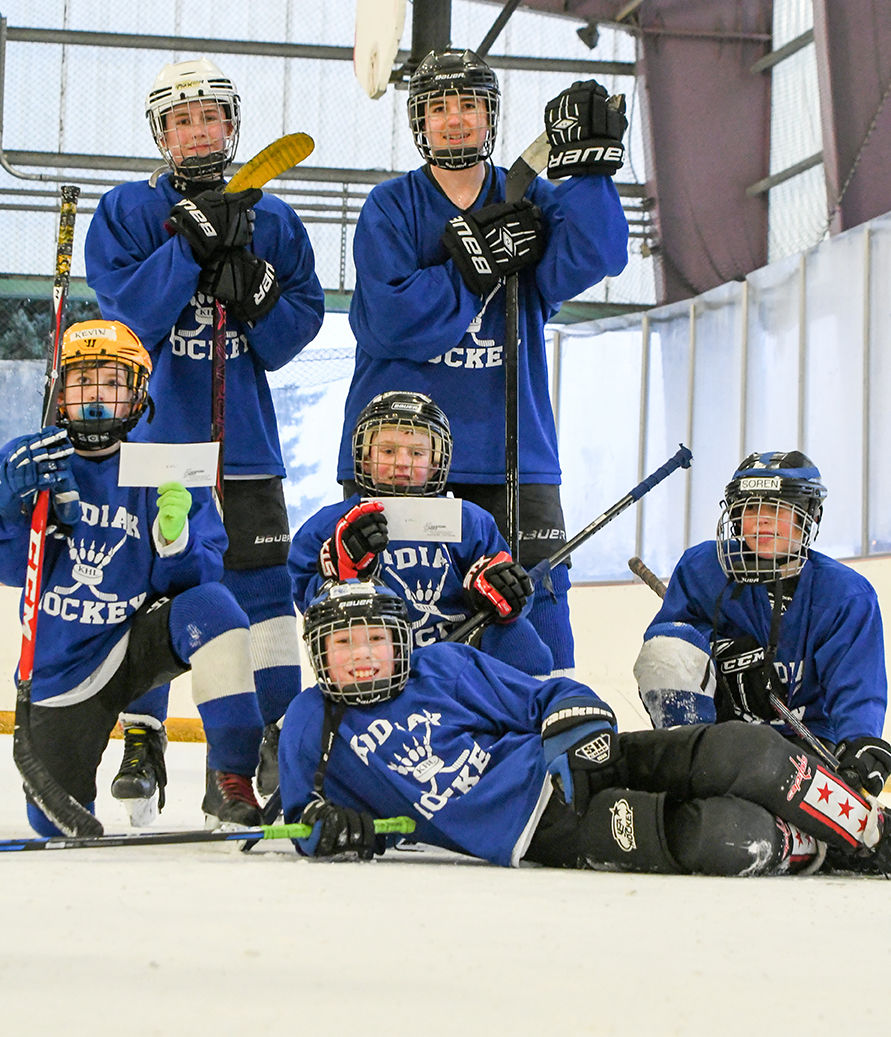 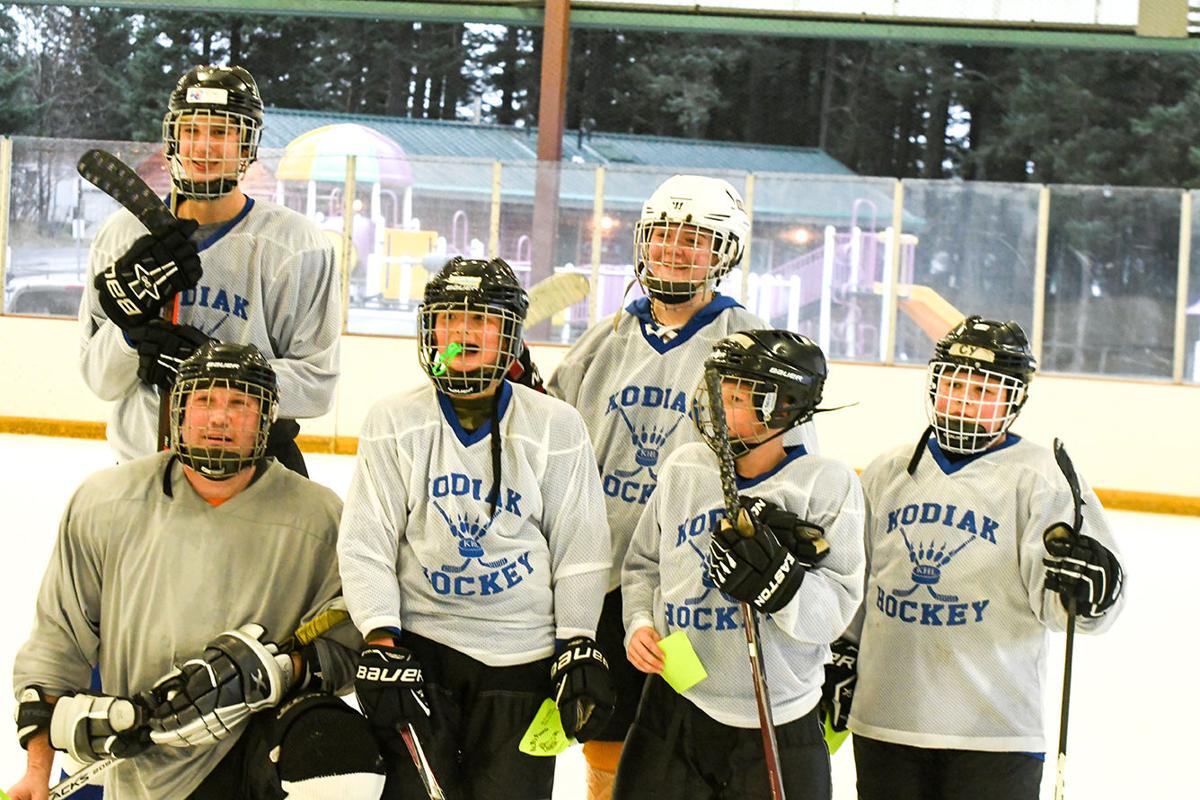 KODIAK — The Knights took the top place in a “pond hockey” tournament, battling it out against 13 teams at Baranof Park ice rink Saturday. The tournament, organized by Jeff Sanford and hosted by Kodiak Hockey League, saw 78 participants ranging from U6 youths to U18 teens take to the ice.

The primary differences between pond hockey and regular regulation hockey are that there are no goaltenders protecting the small, specialized nets; there is no contact; and there are no age divisions, explained Sanford.

“The tournament was a tremendous success, we had 78 participants across 13 teams. The highlights were having so many smiles and kids of all ages and skill levels played together,” Sanford said.

“Player development is exponentially better when we have kids playing hockey with new players, kids emulate their surroundings and having fun with positive influence from older players makes sure they will be coming back for more.”

Battling back from the loser bracket to the championship against the Knights at about 3:00 p.m. were the Kings: Derek Heitala-Captain, Simon Grimes, Aven Gruner, Cy Simeonoff, Gabe Lagarde and Joseph Dube.

The Knights — Shawn Glade-Captain, Max Cook, Ronin Hinman, Soren Hinman, Kevin Foster, and Daniel Larson — fell to the Kings in the first round of the championship match, forcing a final game with each team having lost once in the double-elimination tournament.

However, by the final buzzer in the final match, the the Knights managed to land on top, securing their victory.

Sanford, who is still securing a December date for the next pond tournament, said that he hopes to make the tournament a monthly part of the Kodiak hockey calendar.

One day after ordering a stay on the effort to recall Gov. Mike Dunleavy from office, Superior Court Judge Eric Aarseth reversed his ruling, claiming the order was “inadvertently issued.”