Racers in the big bike motocross event accelerate out of the gate for the last of three races Saturday at the Kodiak Island Raceway. 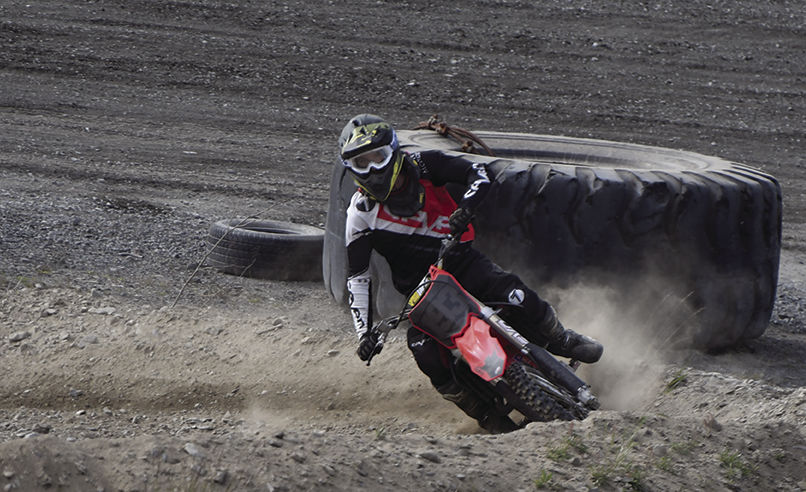 Steven Pillans, 24, takes a tight turn during his third race Saturday at the Kodiak Island Raceway. 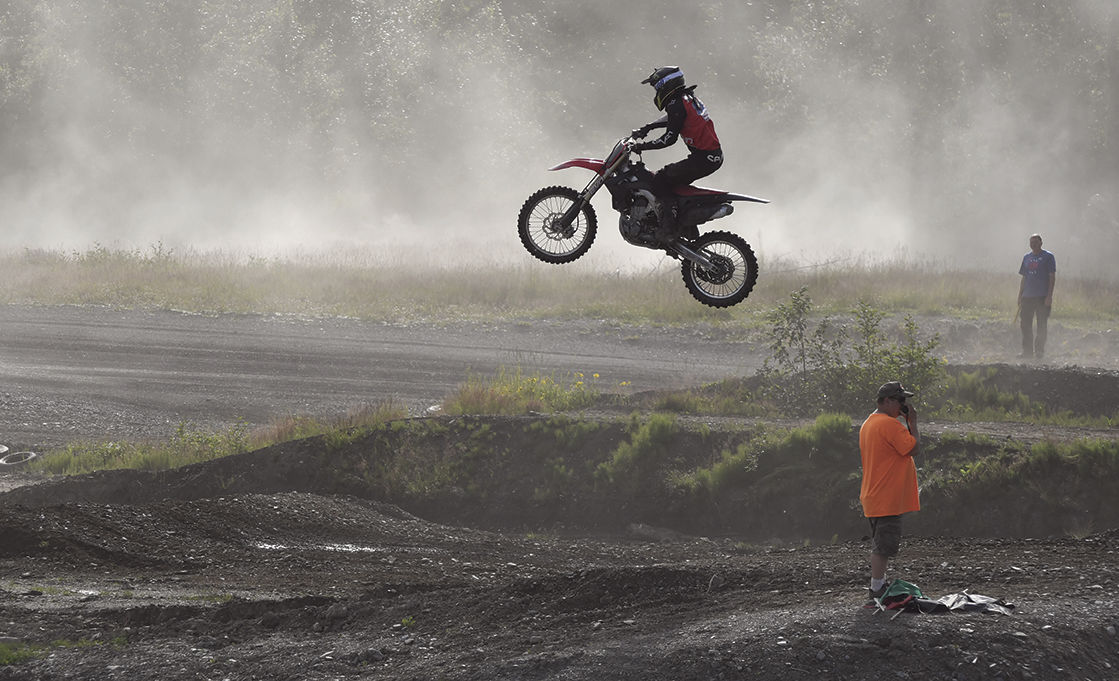 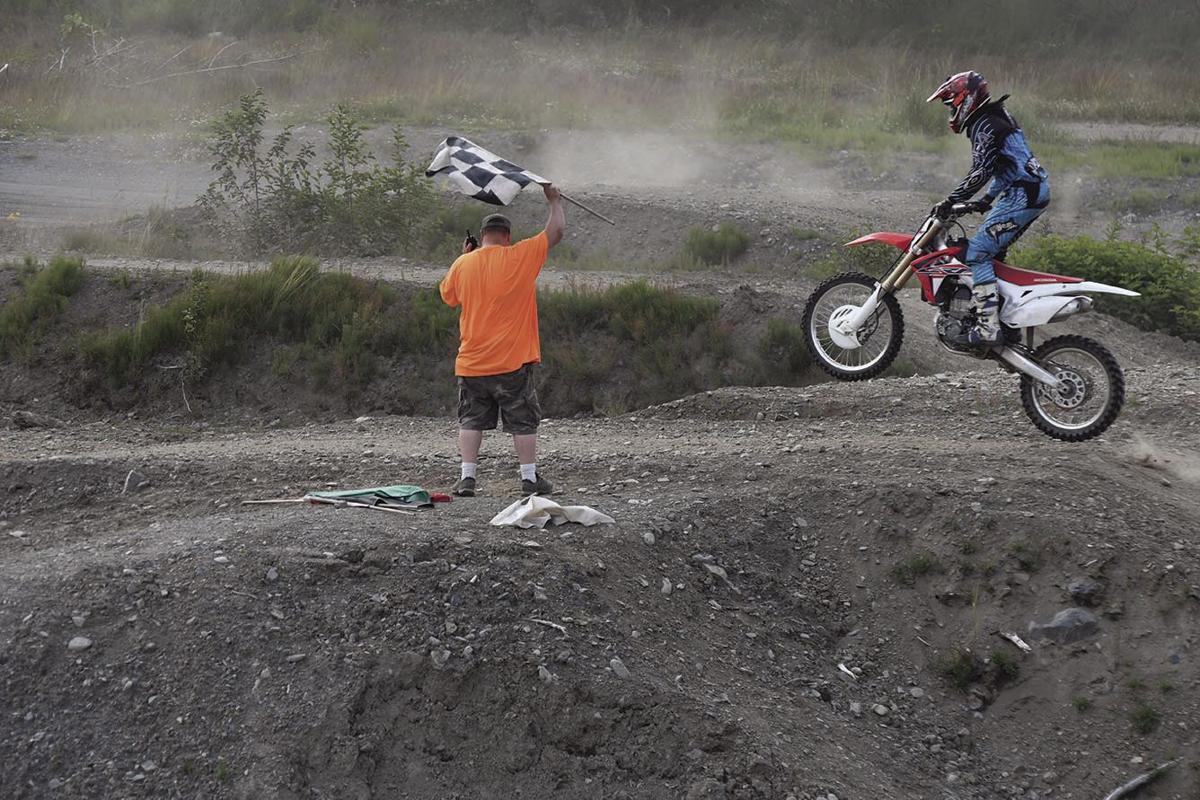 Racers in the big bike motocross event accelerate out of the gate for the last of three races Saturday at the Kodiak Island Raceway.

Steven Pillans, 24, takes a tight turn during his third race Saturday at the Kodiak Island Raceway.

KODIAK — Anthony Juhlin was quick out of the gate taking a lead over the pack Saturday afternoon at the Kodiak Island Raceway in the big bike motocross event. However, in what would become a familiar pattern over the three big bike races that day, 24-year-old Steven Pillans overtook him in the backstretch as they headed into the wooded section of the track.

As with most races, bar Pillans suffering a mechanical failure, the dozen or so riders in the big bike event found themselves vying for second and third place.

Though Pillans has raced motocross in the Lower 48 and has become something of a star on the island, the Kodiak native — whose family maintains the Kodiak Island Raceway— doesn’t see a future for himself in the sport.

“I’m in the wrong spot … It’s past me — I’m too old now. I’m just doing it for fun,” Pillan said after sweeping the competition Saturday.

Juhlin put up the next strongest showing, taking second in the first two races, and slipping to third in his final run of the day.

“It’s intimidating [to be on the track with Pillans]. You don’t want to be right behind him because he throws some big rooster tails,” 18-year-old Juhlin said.

After the second set of races, there was a cheer from the crowd as a water truck managed to find its way onto the dry track and settle the dust clouds that were dramatically limiting racers’ vision once things were underway.

“The track was super dusty, you can’t see. So, you got to go by feel,” Juhlin said. Despite the strong finish, the 18-year-old was clearly frustrated with the results of the last race.

“I had a bad start deep in the pack,” he said. “I worked really hard to make it up, but threw it away in the end.”

In addition to the big bike event, the Kodiak Island Race Association hosted three sets of races each for small wheel vehicles, mid-sized bikes (for 8-18-year-olds) and stock cars.

The next round of racing at Kodiak Island Raceway is scheduled for Aug. 4.