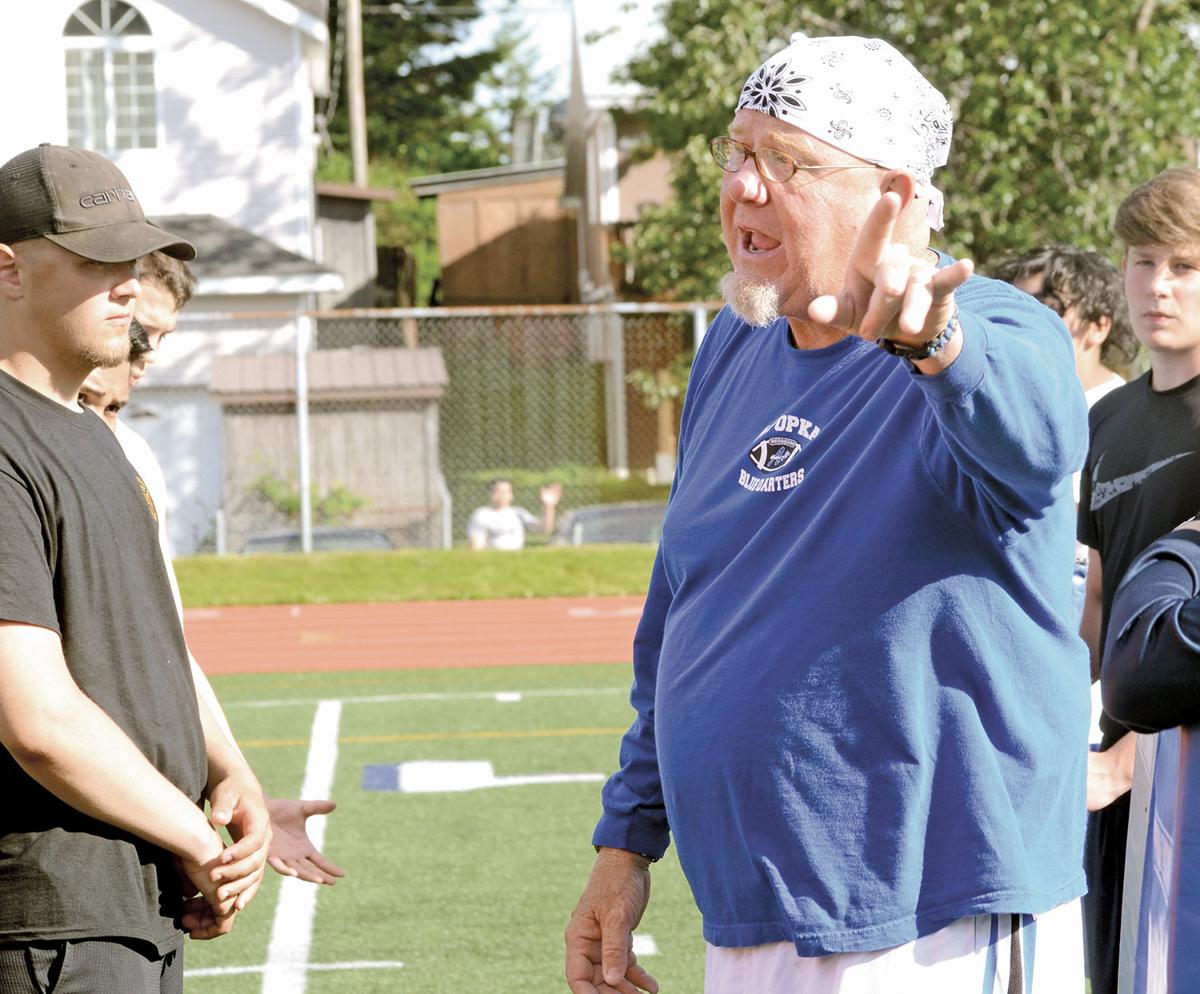 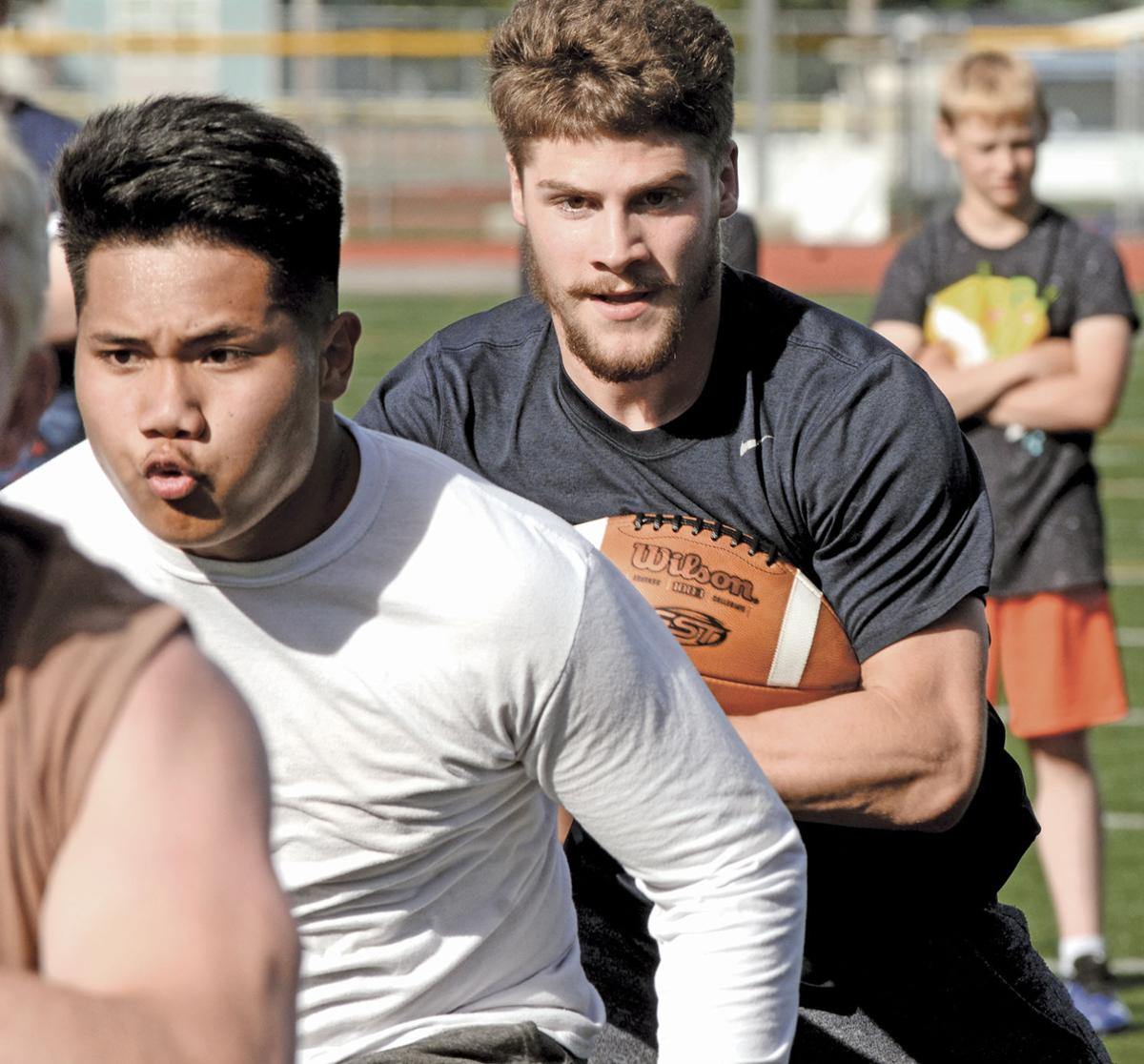 Pop Warner created the single-wing offense in the early 1900s and Rick Darlington is making sure it remains relevant in today’s game.

The legendary head football coach from Apopka High School in Florida was on the island last week teaching the X’s and O’s of the ancient single-wing offense to members of the Kodiak High School football team.

Darlington spends his summers touring the states talking about an offense, which has led him to a career record of 206-69 and three state titles.

Last week was the first time he stepped foot on a football field in Alaska.

“I don’t know much about Alaska, but if I were to pick a place to go in Alaska this would be the place ... I’ve never seen anything more beautiful — the mountains and the water together,” Darlington said.

Between his sessions at Joe Floyd Track and Field, Darlington and his wife crammed in a fishing and hiking adventures.

The trip, though, was mostly about business and unveiling the single-wing offense to Kodiak.

Bryan Ellsworth, Kodiak’s new head coach, ran a single-wing offense with his team in the Kodiak Football League. While researching the offense, he came across Darlington. He spent time with him in Florida — watching a practice — and invited him to the island.

“The creditability that he brings to the players is really important, and not to mention the knowledge that he brings,” Ellsworth said.

In a day and age when chucking the football around the gridiron is the norm, the single-wing offense is one most coaches leave in the closet.

A quarterback is not needed to run the single-wing, and when Darlington did not have a quarterback one year he dusted off the offense that made Jim Thorpe famous.

“I knew that no one would follow it because it was such a contrarian offense ... how are you going to explain to your principal, booster club and the fans that no we don’t have a quarterback,” Darlington said.

The results have been stunning. In 2013, Apopka set a state record with 50.1 points per game and 6,000 yards rushing. The school has had three 1,000-yard rushers in the same season three times — Kodiak has never had a 1,000-yard rusher in the history of the program.

“The uniqueness off it and the physicalness of it  is really hard to defend these days because they don’t ever see it,” Darlington said.

During the three-day camp, Darlington was impressed how quickly the players picked up the details of the offense, which features four backs — a tailback, fullback, quarterback and a wingback.

“I am very honored and humbled that I get to work with them,” Darlington said. “They are a great bunch of guys and hopefully it will be really good for them.