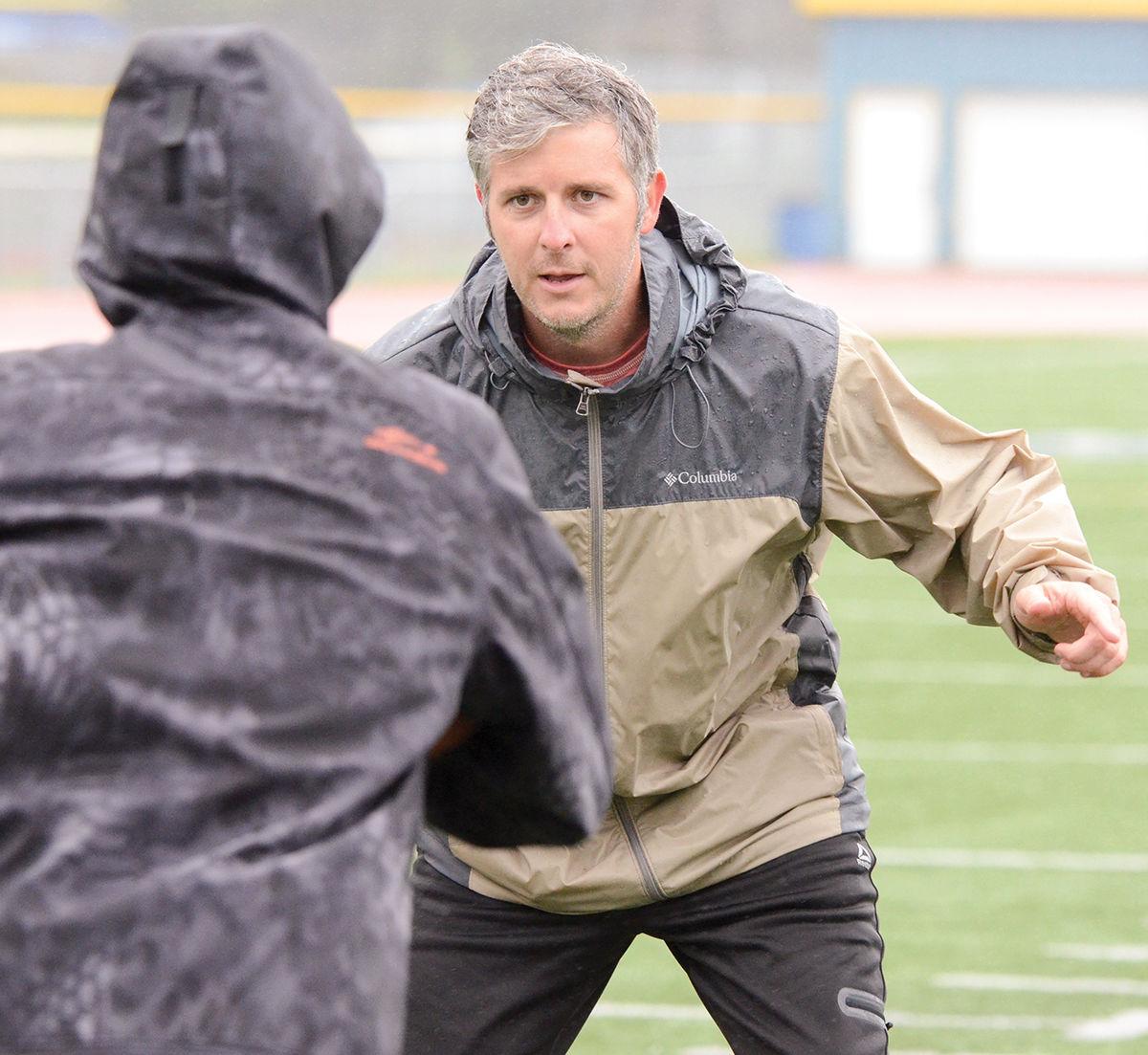 Mark Kelley conducts a youth football camp at Joe Floyd Track and Field Wednesday in Kodiak. Kelley and Little are both high school coaches in Arkansas. 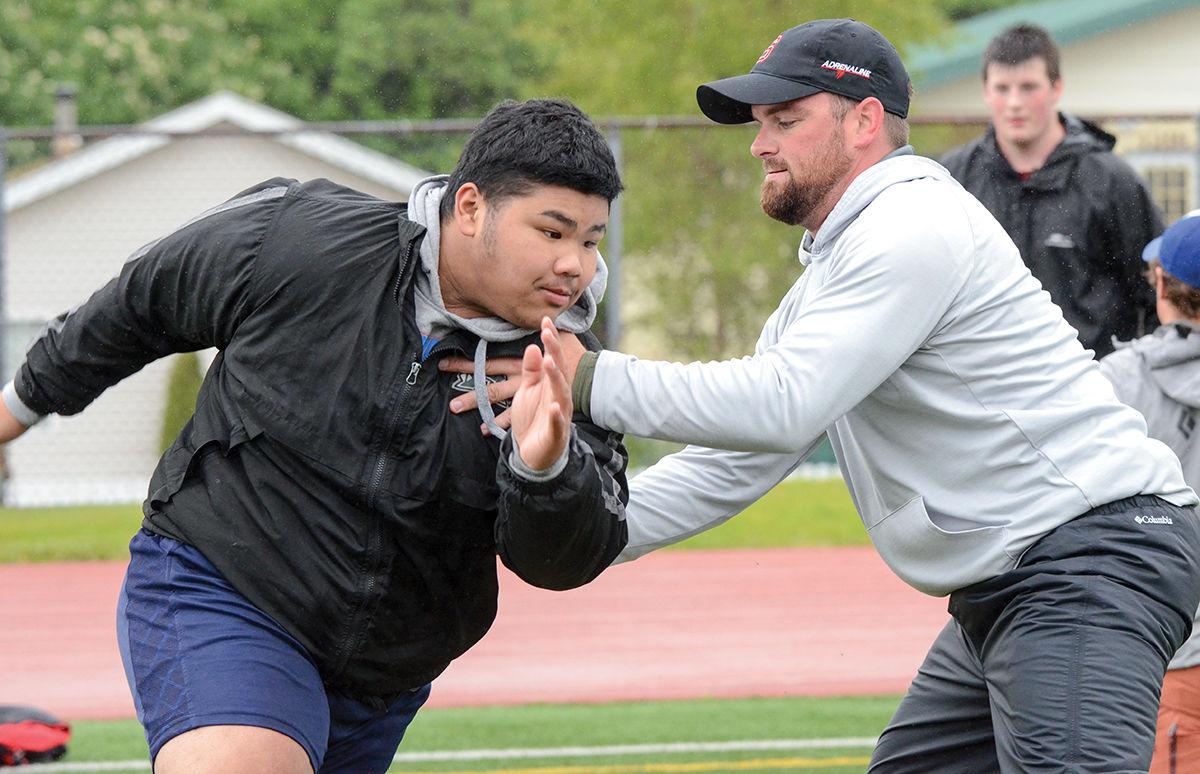 Lance Little conducts a youth football camp at Joe Floyd Track and Field Wednesday in Kodiak. Kelley and Little are both high school coaches in Arkansas.

Mark Kelley conducts a youth football camp at Joe Floyd Track and Field Wednesday in Kodiak. Kelley and Little are both high school coaches in Arkansas.

Lance Little conducts a youth football camp at Joe Floyd Track and Field Wednesday in Kodiak. Kelley and Little are both high school coaches in Arkansas.

In December, long before COVID-19 interrupted the sporting world, Kodiak football coach Bryan Ellsworth invited two state championship coaches from Arkansas to The Rock to put on a camp.

As the pandemic spread across the nation, it looked like the trip would be canned.

Then states started to open up, given the two coaches a chance to keep their itinerary after testing negative for the virus.

“We really didn’t think it was going to have a chance to go, but a lot of the restrictions started getting lifted — it worked out somehow,” said Mark Kelley on Wednesday evening at Joe Floyd Track and Field. “We just had a lot of faith, and it ended up working out for us to get up here to put on this camp.”

After spending the spring hunkering down and missing out on sports, the participants were eager to be on the field — even if it was raining. More than 30 middle and high schoolers were at the field Wednesday for the Kelley and Little Kodiak Elite Youth Football Skills Camp that started Monday. The camp ends today.

Kelley and Lance Little — both coaches who led Searcy High School to a 6A state title in 2019 — instructed the campers, Kelley focusing on offense and Little on defense.

Ellsworth stumbled upon Kelley while researching offenses during the winter. He was intrigued by Kelley’s spread offense and wanted him to teach it to the kids of Kodiak.

The spread offense helped Kelley — the head coach and offensive coordinator — lead Searcy to its first state title since 1933. He was recently named the football coach of the year by the Arkansas High School Coaches Association.

“We threw the ball more than anybody in the state of Arkansas last year,” Kelley said. “We try to get the ball in space as much as possible and spread the field.”

Kelley said he couldn’t pass up the opportunity to come to Kodiak. He admitted he had to look on a map of Alaska to find out where Kodiak was but did know that the island was famous for bears.

“You hear of Alaska football and you don’t know what to expect — kids are kids wherever, rather you are in Alaska or Arkansas,” he said. “These guys love football, and they are excited to learn.”

Kelley was the head coach for five years at Searcy before landing an offensive coordinator gig at Conway High School, a bigger school in Arkansas. Before coaching, he played college football in Tennessee and Arkansas. He’s been coaching ever since his playing days ended.

“A lot of good coaches have come out of the state of Arkansas to go to the college level. It is good competition, but not quite the level of Texas,” Kelley said.

Kelley and Little went fishing, saw a whale and watched a bear eat garbage at a dumpster so far during their visit to the Emerald Isle.

“It is so different,” he said. “Every time you turn around, there is a bald eagle flying around. We are just here for the experience, doing whatever locals do.”