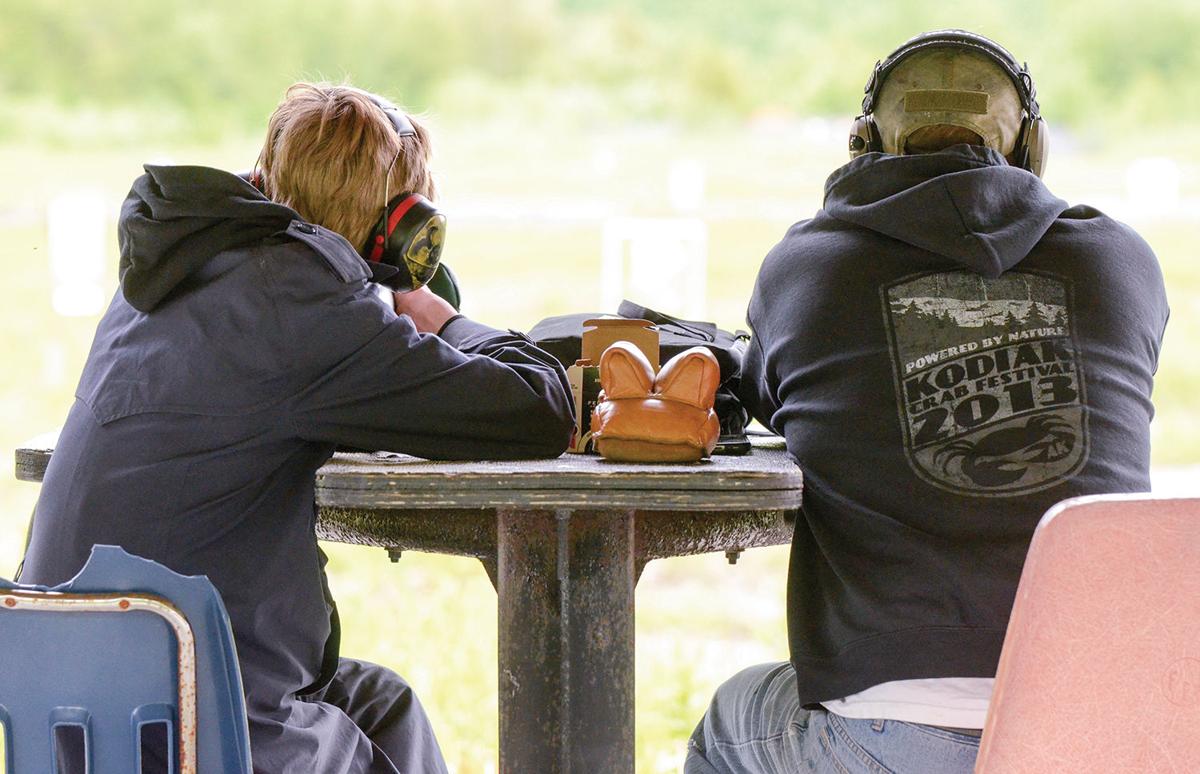 Branden Lorch, left, takes aim at a target, while his dad Matt looks on during a Benchrest Rimfire Rifle Competition Sunday evening at the Salonie Creek Rifle Range. 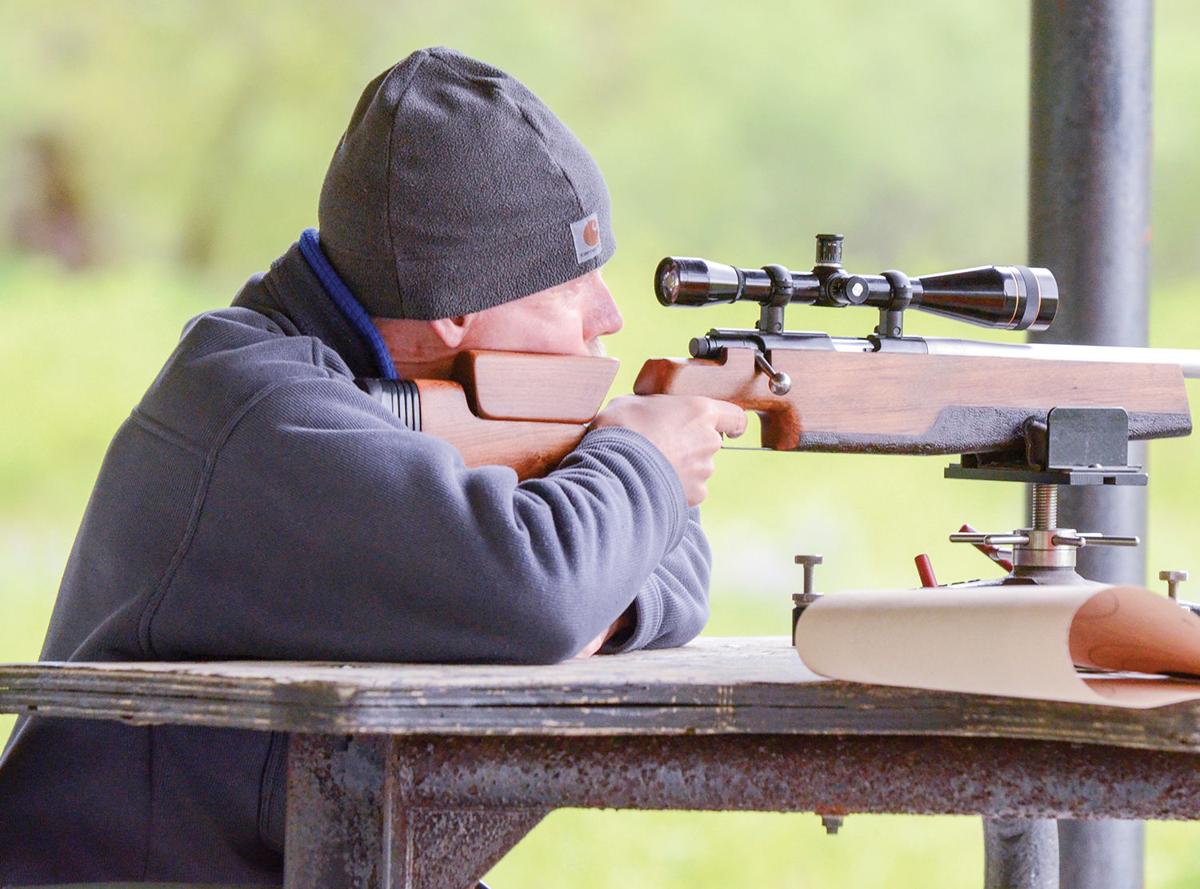 Erik Berggren locks into his target during a Benchrest Rimfire Rifle Competition on June 21 at the Salonie Creek Rifle Range. 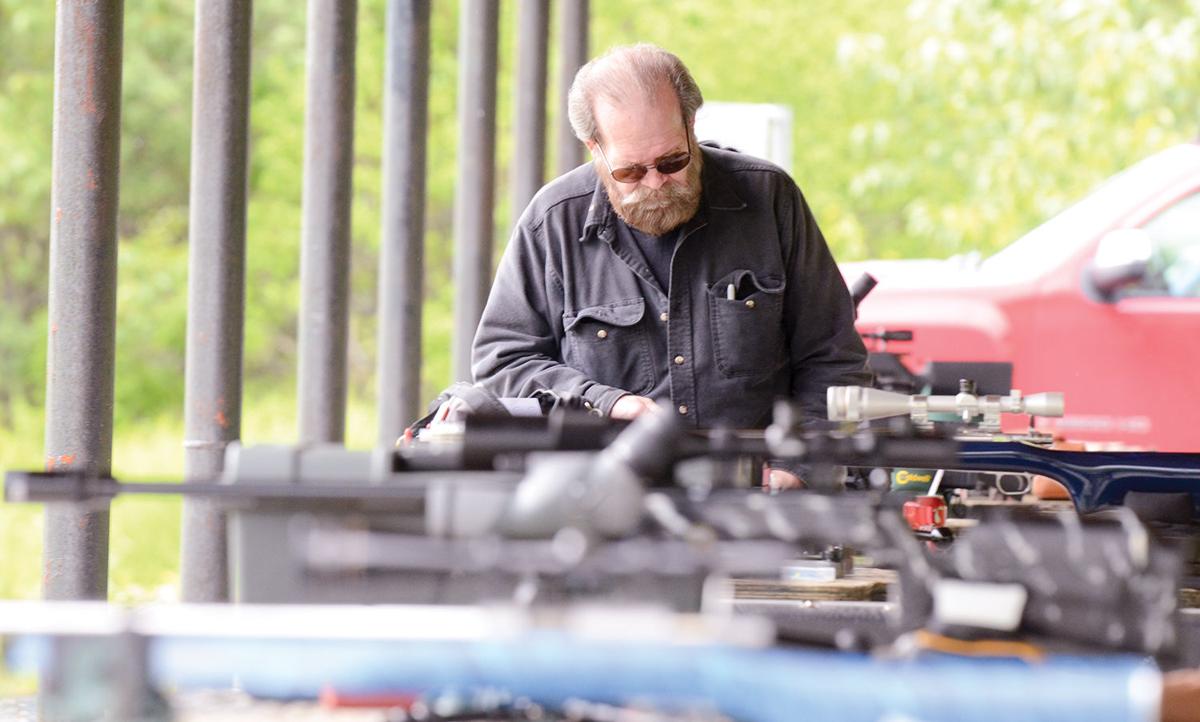 Mike Kerwood, event director, looks at his rifle before the event. 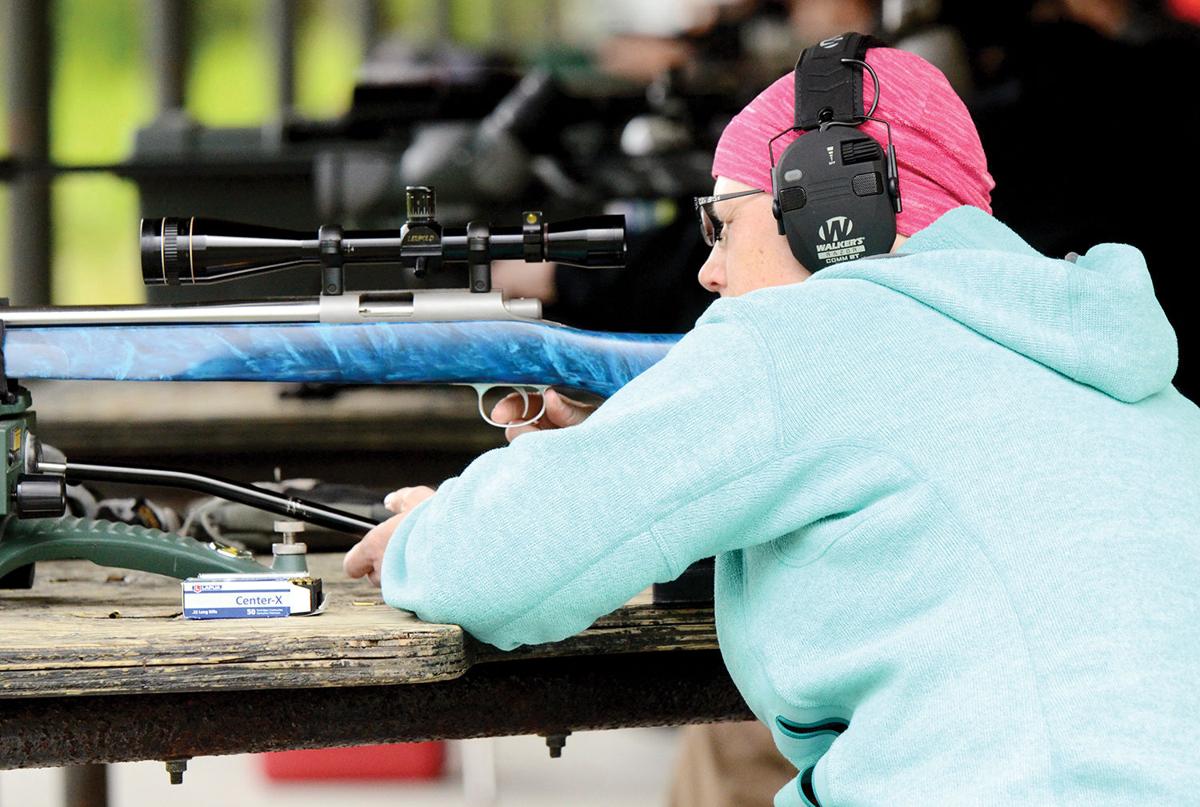 Velma Vining looks through the sight on her rifle during a Benchrest Rimfire Rifle Competition Sunday evening at the Salonie Creek Rifle Range.

Branden Lorch, left, takes aim at a target, while his dad Matt looks on during a Benchrest Rimfire Rifle Competition Sunday evening at the Salonie Creek Rifle Range.

Erik Berggren locks into his target during a Benchrest Rimfire Rifle Competition on June 21 at the Salonie Creek Rifle Range.

Mike Kerwood, event director, looks at his rifle before the event.

Velma Vining looks through the sight on her rifle during a Benchrest Rimfire Rifle Competition Sunday evening at the Salonie Creek Rifle Range.

Matt Lorch sat at the Salonie Creek Rifle Range, left elbow resting on a round table, looking through binoculars at a paper target 50-yards away that his 15-year-old son Branden was aiming at.

“You’re doing good,” the father kept telling his son. “Keep it right there.”

Branden was shooting in his first Sunday Night Benchrest Rimfire Rifle Competition and, even though each round was 20 minutes long, the youngster needed reminders from his dad to slow down. He still finished with an enternity left on the clock.

“I really like to shoot fast and get as many rounds into the target as possible,” Branden said.

A lot of factors come into play if the trigger man is impatient.

“If you rush, you can pull the trigger wrong; you’re not breathing right; you jerk ... if you are slow, methodical, and nice and easy, everything is smoother,” Matt said.

Branden found his rhythm and finished with five bullseyes and 360 points.

A reasonable effort for a newbie, but not good enough to keep pace with the top five experienced shooters who all eclipsed 390 points in one of the first competitive shooting events of the 2020 season here on the island.

A sixth-place finish didn’t dampen the experience for Branden.

“I really like shooting,” he said. “I did pretty well.”

The Sunday shoots are organized by local Mike Kerwood, who peppered the bullseye 29 times to finish third with 397 points, just two markers shy of champion Erik Berggren and a point off runner-up Velma Vining.

Kerwood, a retired Alaska bush pilot, created the weekly benchrest rimfire and centerfire rifle competitions nearly two decades ago when he hurt his back loading a plane in Akhiok.

“I had been shooting nearly 50 years and thought, what can I do that I can still shoot and not strain the body,” Kerwood said.

Seven shooters — first-timers and veterans — showed up for Sunday’s event, which took place in an open field 11.5 miles south of Kodiak city. People were spaced apart at tables and sheltered from the drizzly conditions by a roof that was constructed years ago. The two 20-minute rounds had shooters aiming at targets 50- and 100-yards away. Shooters were allowed 20 shots per round, with unlimited sighting.

The only element was the wind, which shooters gauged by flags placed on the 500-yard range.

“It’s really pretty easy. The challenge is shooting in the wind, trying to figure out what the wind is going to do,” Kerwood said.

Kerwood was a pilot here for 12 years after flying in Bethel. He has been involved in ballistics and firearms for 50 years and was a competitive shooter on the West Coast.

Regardless of experience, Kerwood welcomes new faces to the competition.

Cole Hockema, a fisherman, was a first-time competitor on Sunday. He finished seventh with 358 points.

“I heard that it was going on, had the rifle and thought I would come check it out,” he said. “I’ve always been a hunter and always shot when I was hunting. The last year I have been coming out here trying to hone up my shooting skills and become more accurate.”

“This is a marksmanship competition,” she said. “The tighter groups you get, the better.”

Entry fee for the Sunday shoots is $8, with proceeds going to the Kodiak Island Sportsman’s Association, which runs the outdoor and indoor ranges in Kodiak. Set up begins at 4:30 p.m. with competition starting two hours later.

There are no prizes awarded for the top shooters, but that is OK.

“We are really trying to compete against ourselves, trying to raise our scores and do better than last time,” Kerwood said.

“There have been instances when we have rejected expenses where we didn’t see how they could be related to COVID,” Soden added. “People are giving us very detailed information as to how they were impacted.”