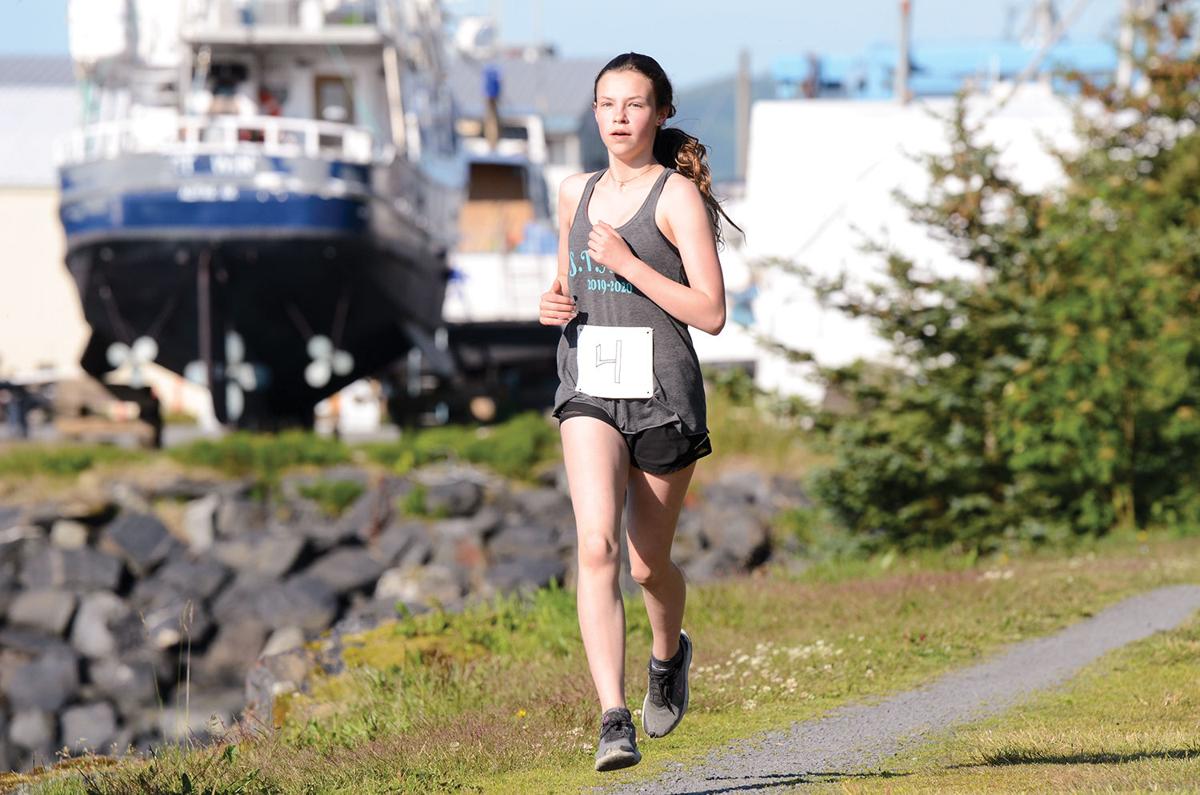 Abby Harver, an incoming freshman at Kodiak High School, runs past Fuller Boatyard during a Fourth of July 5K on Saturday. 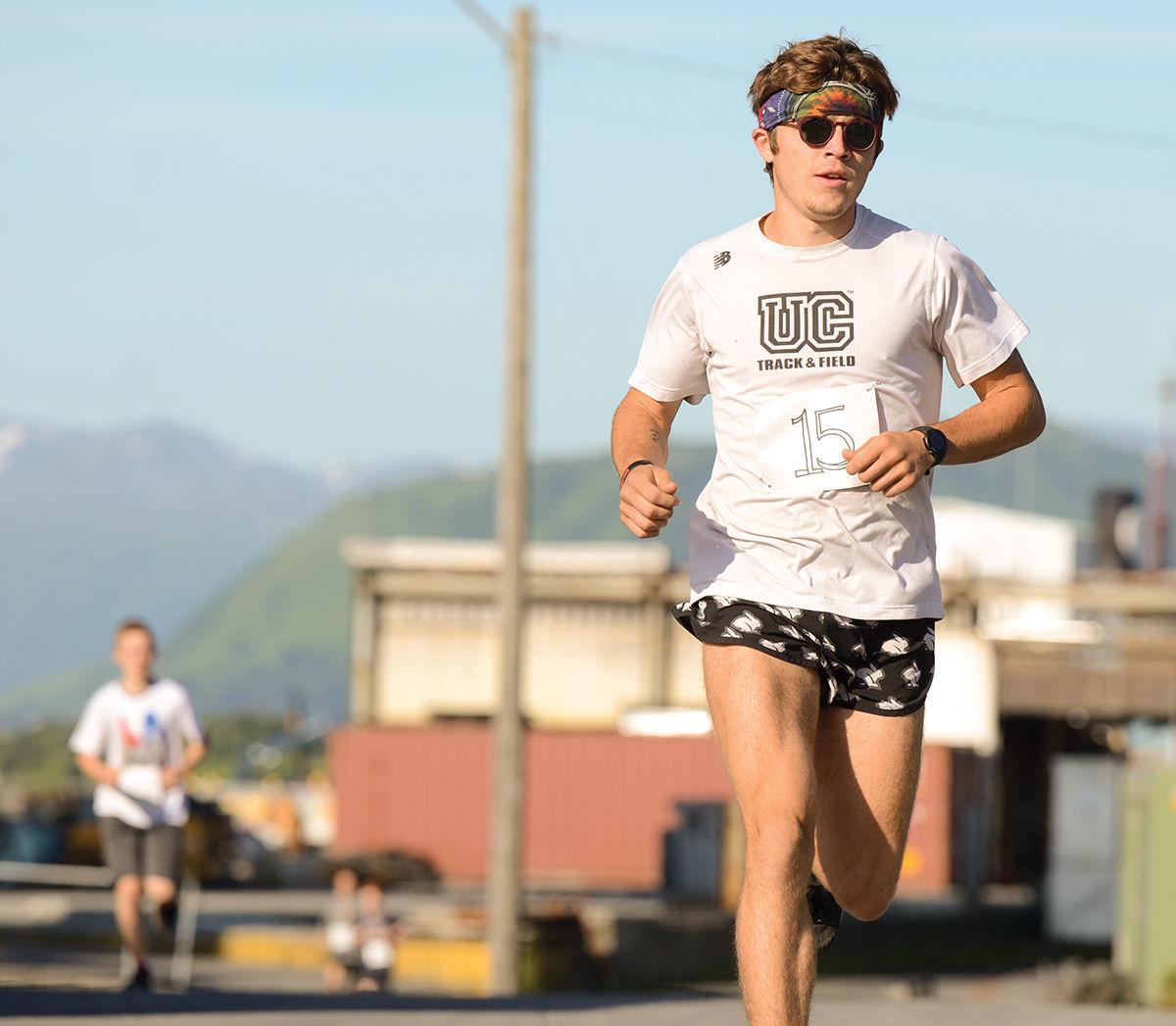 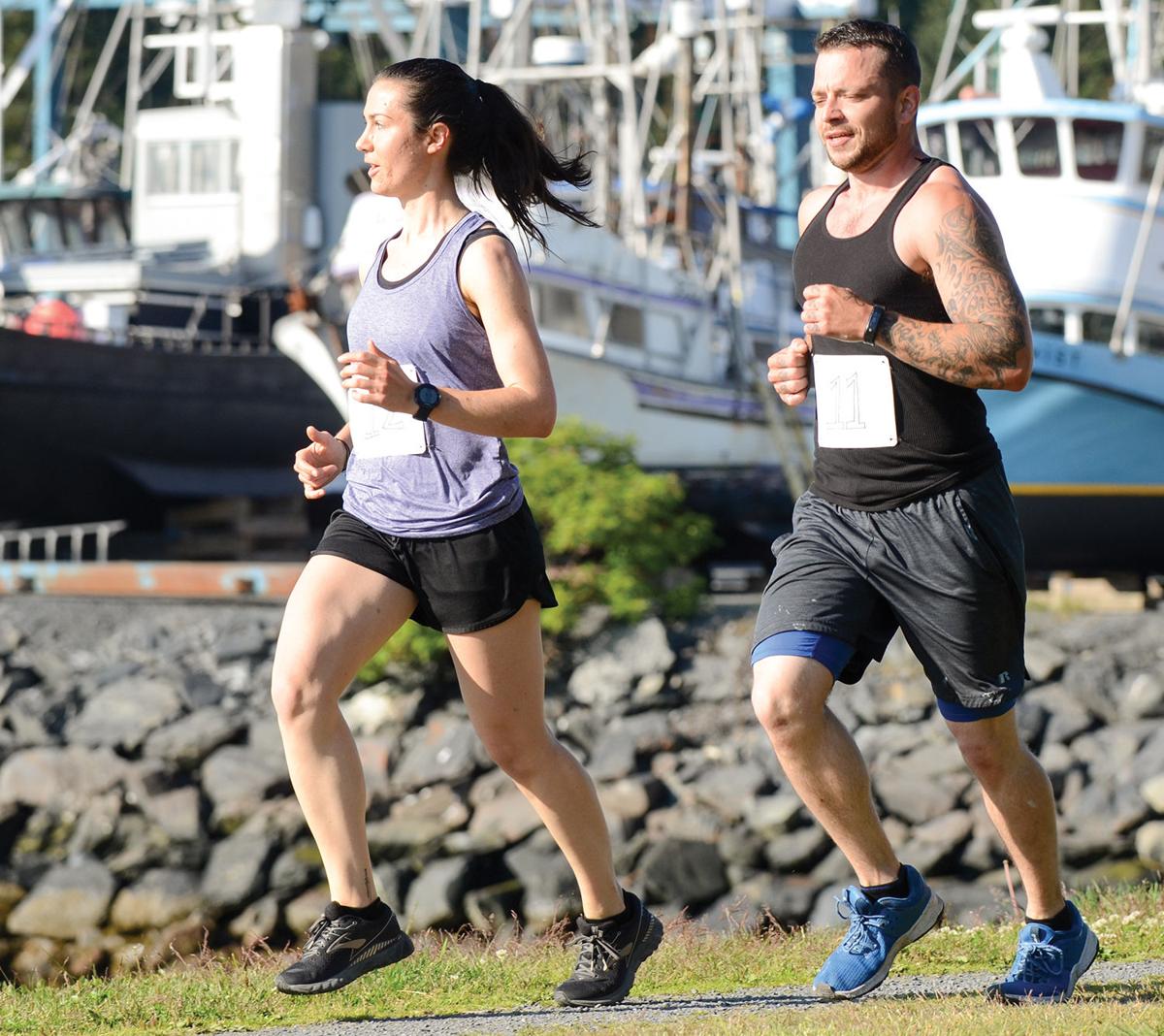 A pair of runners go past Fuller Boatyard during a Fourth of July 5K fun run  in Kodiak. 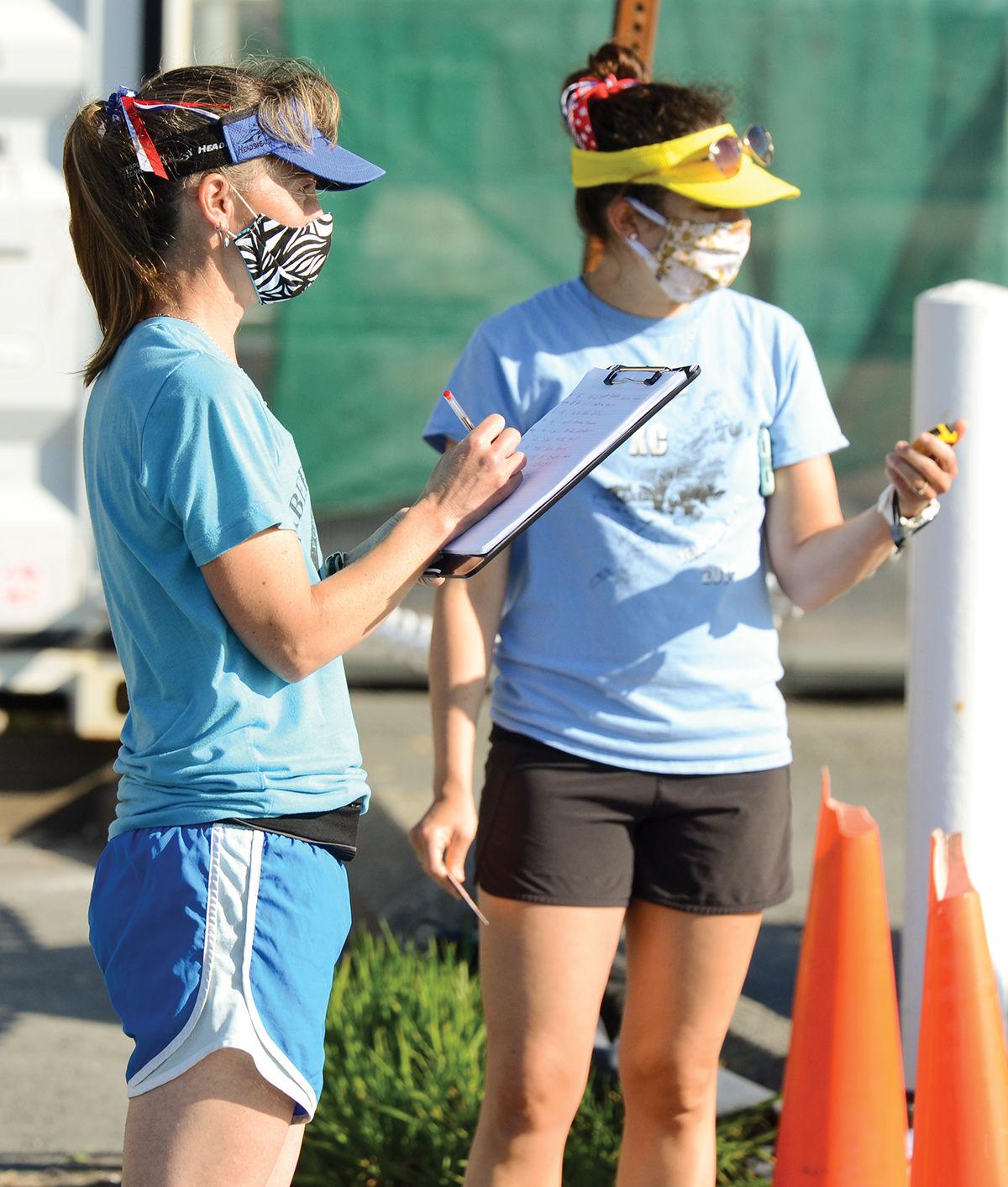 Abby Harver, an incoming freshman at Kodiak High School, runs past Fuller Boatyard during a Fourth of July 5K on Saturday.

A pair of runners go past Fuller Boatyard during a Fourth of July 5K fun run  in Kodiak.

A veteran Kodiak runner and a newbie to the island raced to victories in the inaugural Kodiak Cross Country Fourth of July 5K.

The event was in lieu of the island’s annual Fourth of July 10K Fun Run — organized by the City of Kodiak Parks and Recreation Department — that was canceled for the first time since debuting in 1980.

Arielle Himelbloom — a two-time Fourth of July 10K champion — added another holiday title to her resume on Saturday by cruising to the women’s title in 21 minutes, 11 seconds.

“It was a great course and great weather — definitely very unique,” said Himelbloom, a 2017 graduate of Kodiak High School and current runner for the University of Alaska Anchorage.

The course — designed by Kodiak cross country and track and field coach Ashley Mortenson — took runners past Fuller Boatyard on East Marine Way, which gave them a scenic view of the morning sun glistening off the harbor water.

“It was gorgeous. A perfect July Fourth,” said Brandon Slaboda, who won his first race in Kodiak with a time of 18:13. He topped runner-up Christian Harver by 48 seconds.

Slaboda, a rising junior runner at Ursinus College in Pennsylvania, is exploring The Rock this summer while visiting his Coast Guard cousin.

Growing up in New Jersey, Slaboda has noticed the difficult terrain of the Kodiak trails.

“The hills are just non-stop here,” he said. “There are no flat parts here.”

Slaboda discovered running in high school after a shoulder injury ended his baseball career. He was a catcher that was garnering interest from colleges.

“Running is a new thing for me, and I’m competitive for sure, so I try to be the best I can, but it is a lot harder than it looks,” Slaboda said.

Slaboda, a mid-distance specialist, excelled in track, advancing all the way to the 2018 New Balance Outdoor Nationals, where his 800-meter sprint relay team placed 37th.

He landed at NCAA Division III Ursinus College and is hoping a summer training in Kodiak — a place that has produced a bevy of high-caliber college runners — will catapult his career to a new level.

“It’s cool to see that running happens everywhere,” Slaboda said. “Everyone who runs is very welcoming and friendly.”

Himelbloom is one of those homegrown runners, having run at state track and field, and cross country championships. She finished 57 seconds ahead of runner-up Hannah Donadio.

After graduating from KHS, she stayed in state to run for UAA, where her times have dropped in a Seawolves singlet.

“It’s been good, so far. It is a different dynamic than high school — a little bit busier and traveling a little bit further.” Himelbloom said.

She is headed into her senior academic year but has two years of eligibility in cross country and all of her eligibility left for outdoor track.

“I really like my team,” the health sciences student said. “We have a diverse group that brings a lot to the table — different levels and styles of running.”

Amid the virus outbreak, home school programs are growing in Fairbanks

Kim Bergey, program director of Raven Homeschool, said pre-pandemic enrollment of about 1,900 students is now approaching 4,000, and they are hiring.

“After reviewing in detail all of the federal unemployment aid options presented to me and my team, choosing to give $300 more per week allows us to use the state’s unemployment trust fund and helps us to best serve Alaskans ..." Dunleavy said.