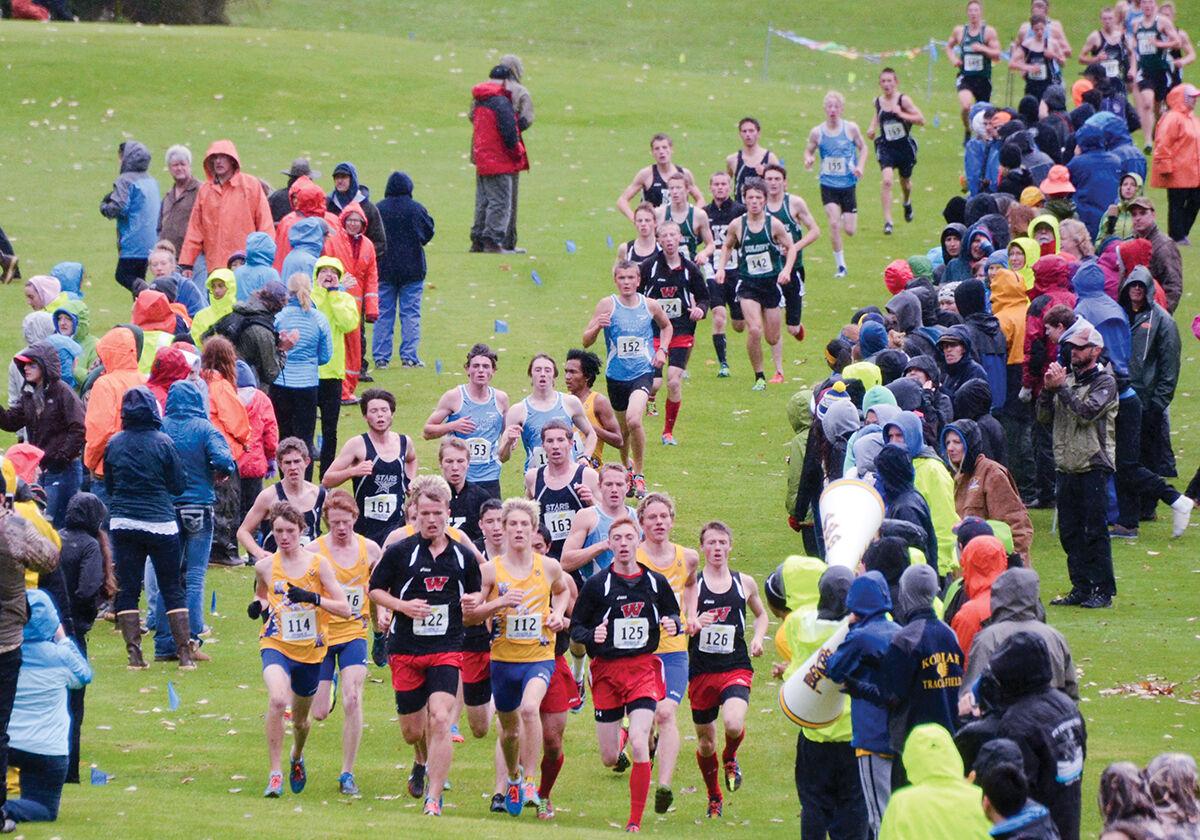 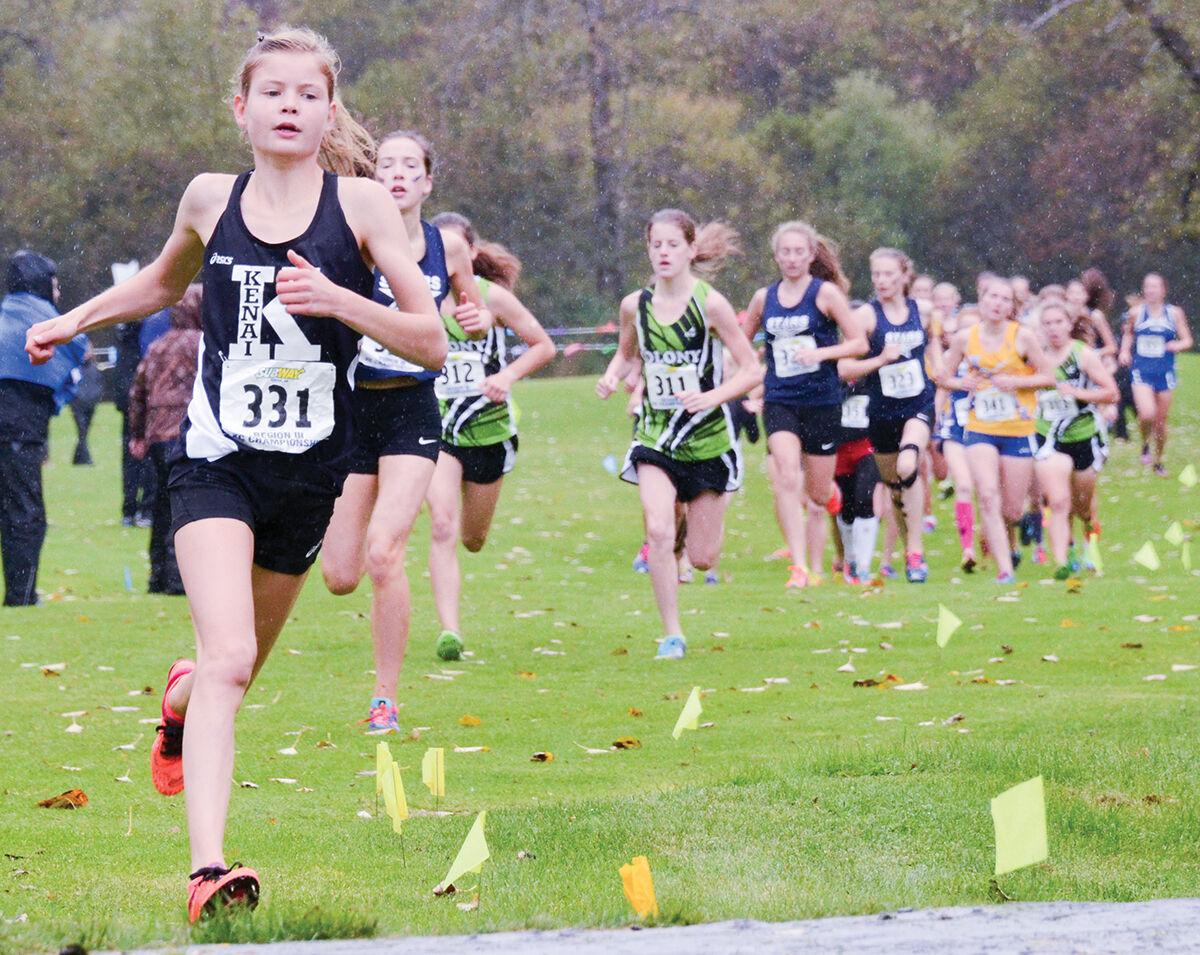 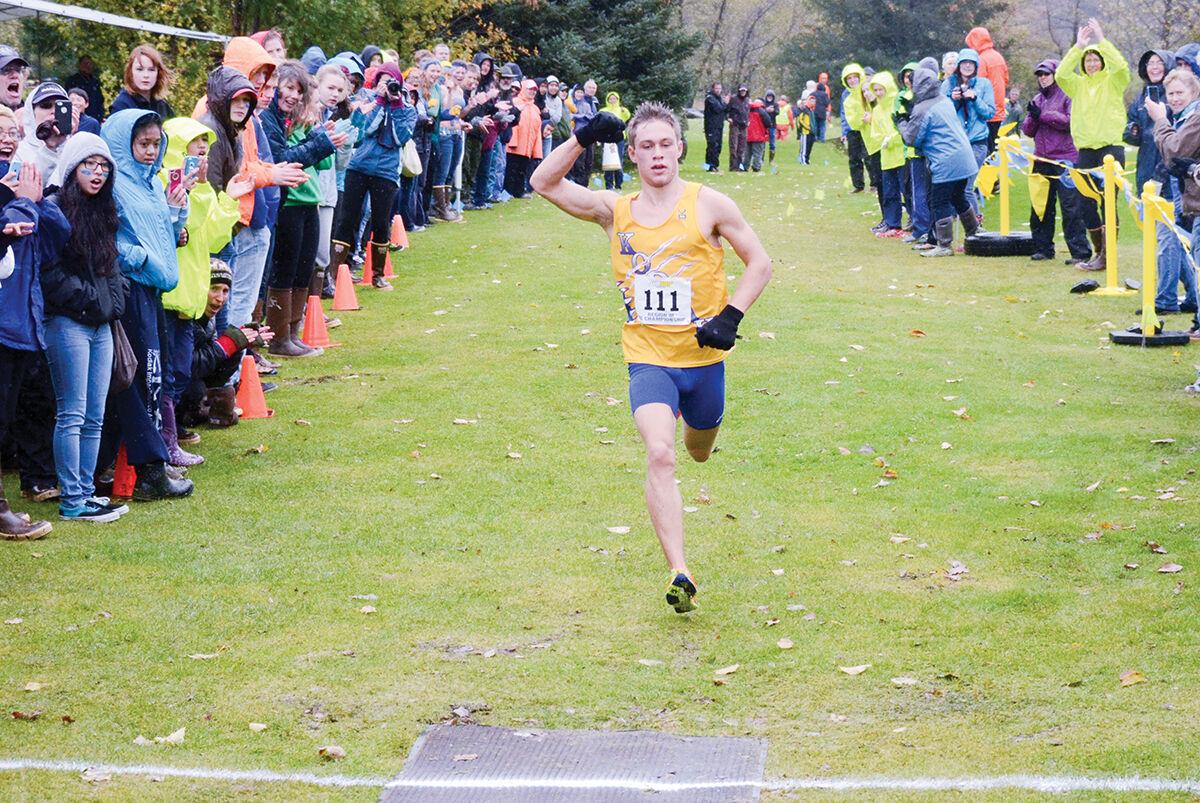 This will be the first time a 5K cross country race will be held at the nine-hole golf course since 2014 when Kodiak hosted the Region III Championships.

That makes this the perfect time to flashback to the 2014 and 2005 regional races, both at Bear Valley.

Prior to hosting the 14-team meet in 2005, a mere two races were held at the golf course — the first in 2003 and the second happened a week before the 2005 Region III Championships. In the history of the Region III race, which dates back to 1979, there have been only five years where the race was conducted on a golf course — Settler’s Bay in Wasilla staged the postseason event from 1980-83.

“Normally I’m prejudicial against golf courses because we have so many nice trails here in Alaska, but it was a very good running course. Very challenging uphills and great for spectators,” Colony coach Mark Doner told the Daily Mirror in 2005, a week before the race.

Kodiak owned the course during the 2005 meet, with both the boys and girls defending their regional titles with runaway victories — the boys won by 44 points, while the girls conquered by 38 points.

The top individual performance went to Kodiak sophomore Abby Reed. She won her only regional title with a time of 20 minutes, 8 seconds, and was later named the Region III runner of the year. She edged Kenai’s Alee Rowley by 11 seconds.

“Talk about pressure,” Kodiak coach Marcus Dunbar told the Daily Mirror. “(Reed) had the home crowd and expectations were high, Alee’s a senior, and she challenged her the whole way. It’s hard to keep your confidence and stay relaxed and keep running your race; you’ve got to keep believing in yourself. She certainly met that challenge.

“I was really proud of her composure for someone her age under those circumstances. She had to run faster than she ever has before.”

Reed went on to be a three-time captain at NCAA Division III Messiah College and was a graduate assistant coach for the Falcons during the 2016-17 school year. During her time as a runner there, she coordinated a team trip to Kodiak to run a meet against the Bears at Fort Abercrombie State Historical Park.

After holding off Rowley, Reed had this to say: “I pulled ahead on every hill, and she caught up on the straightaways and the downhills. So I was depending on that last big hill to pull away and make a little distance.”

Kodiak senior Naphtali Fields placed third, 46 seconds behind Reed. She was emotional after running her final race on the island in front of hundreds of fans that lined the course.

“This is what you always dream about when you’re a freshman and starting on the cross country team,” she told the Mirror after the race. “You never know if it will happen or not, and I’m just really privileged to be on this team.”

The meet returned to The Rock in 2014 and included a pair of mega headliners — Kodiak’s Levi Thomet and Kenai’s Allie Ostrander. Both senior runners headed into the meet nationally ranked on dyestat.com — Ostrander second and Thomet 13th. Neither disappointed as they both established course records on a day that featured a driving rain and soggy terrain.

Ostrander, now a professional runner for Brooks following an All-American career at Boise State University, finished in 17:48 — 2:04 ahead of the next person to cross the line. Her time would have won the 3A boys race and placed eighth in the 4A boys race.

“I heard it was on a golf course, and I was like, ‘sweet completely flat, and we can just fly.’ But it wasn’t exactly like that,” she told the Daily Mirror after the race. “It was a really good challenge.”

The victory was Ostrander’s fourth regional crown, which had only been accomplished by Kodiak’s Kristi (Klinnert) Waythomas.

“It is really special for me just to continue running strong for all these years,” Ostrander said. “I definitely didn’t want to see any lack of intensity or ambition in my training, and I think this proves that I have worked really hard.”

Thomet claimed his third regional title in 16:03 — 45 seconds ahead of runner-up Jonah Theisen of Kenai. The plan for Thomet was to make his move in the middle of the race, but that plan evaporated when the gun went off.

“We had talked about a more conservative start, but you can’t put a leash on a stallion. He has earned it,” Marcus Dunbar told the Daily Mirror.

The efforts were witnessed by Trevor Dunbar, who flew from Oregon to be part of the meet.

“It is really inspiring for me to be out here and looking at the up and comers. The team here is a tradition that never goes away. I see all the excitement and energy — you can really feel it when I am back,” Trevor Dunbar told the Daily Mirror in 2014. “It is really special to see the varsity boys continue the streak — it always brings a smile to my face.”