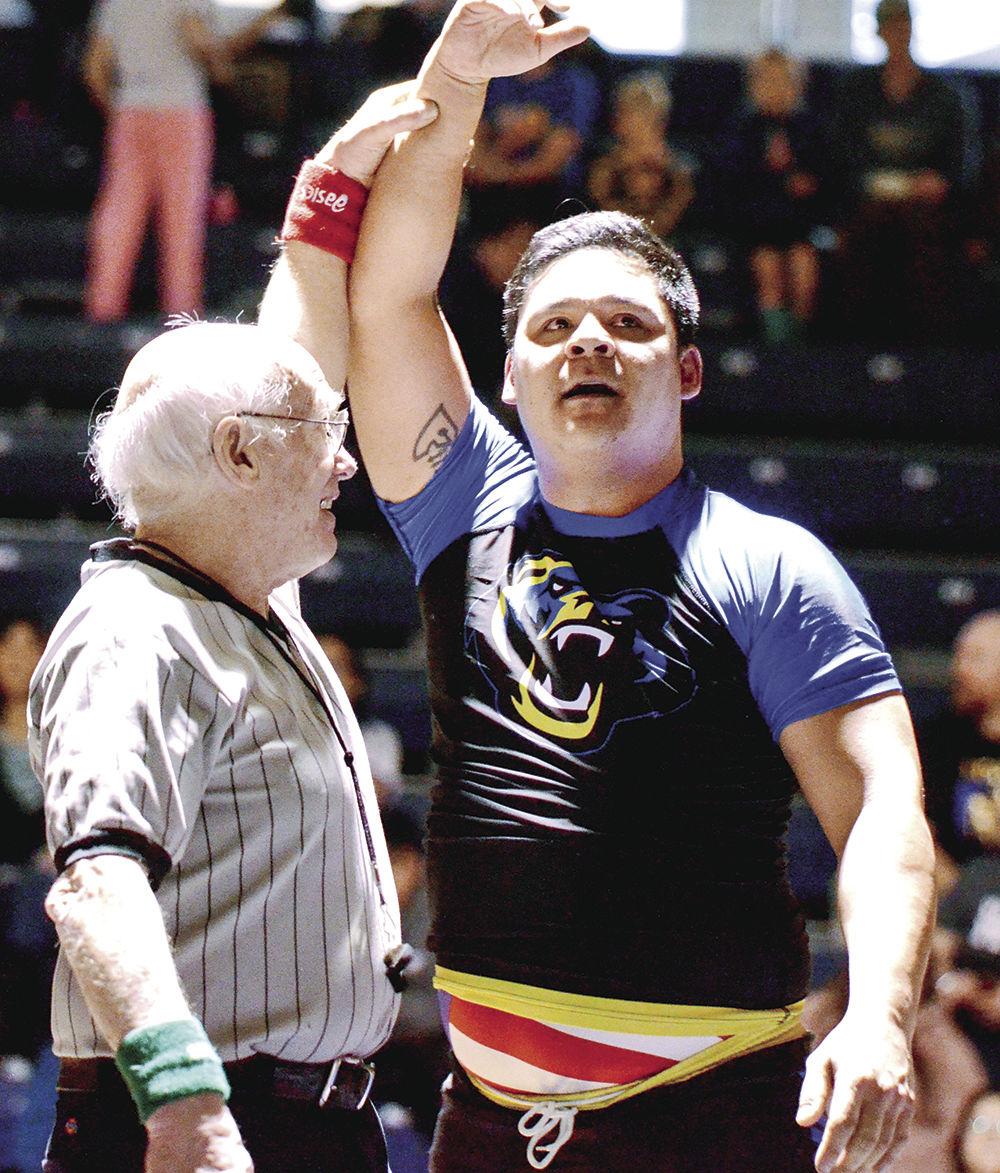 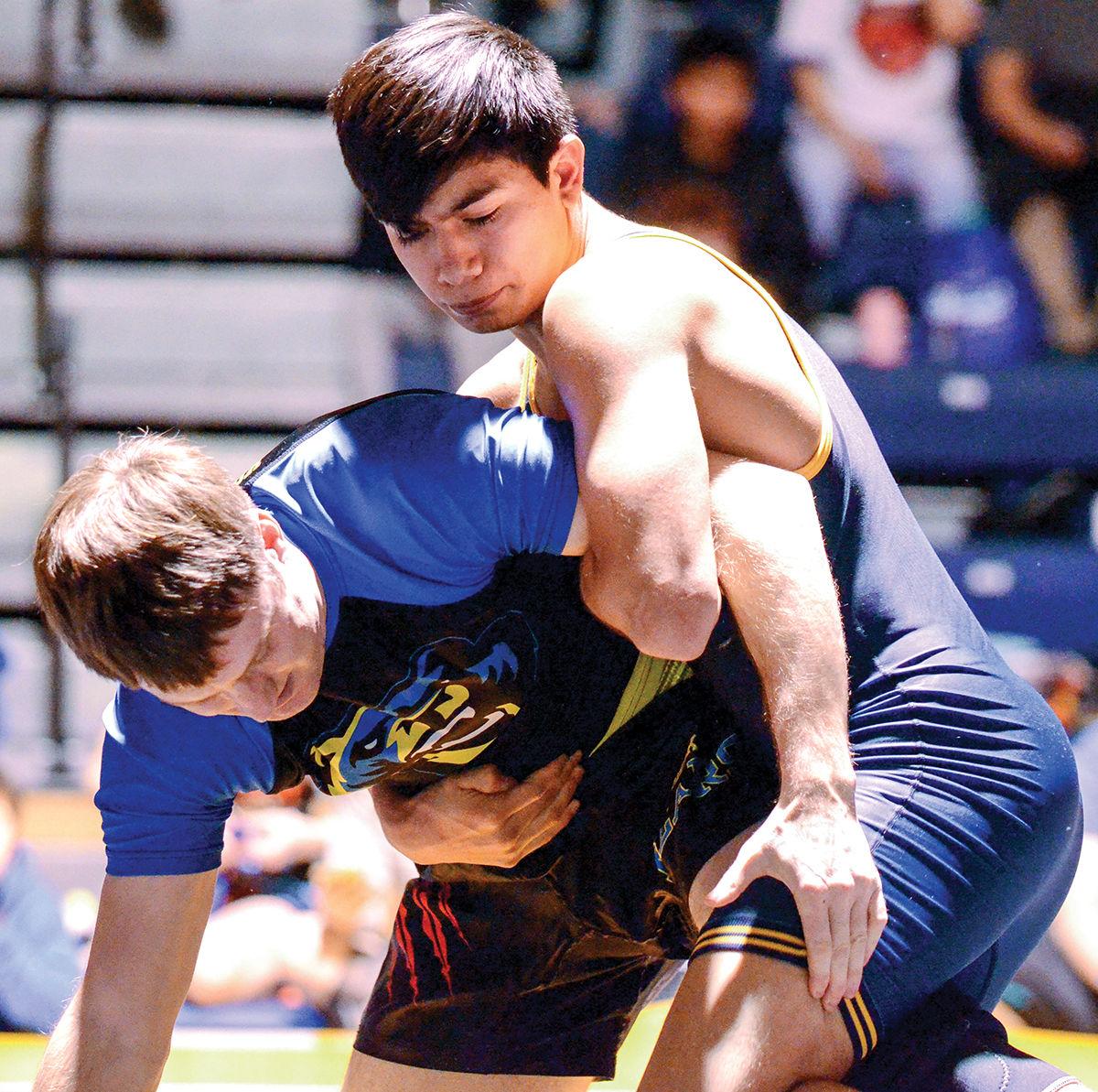 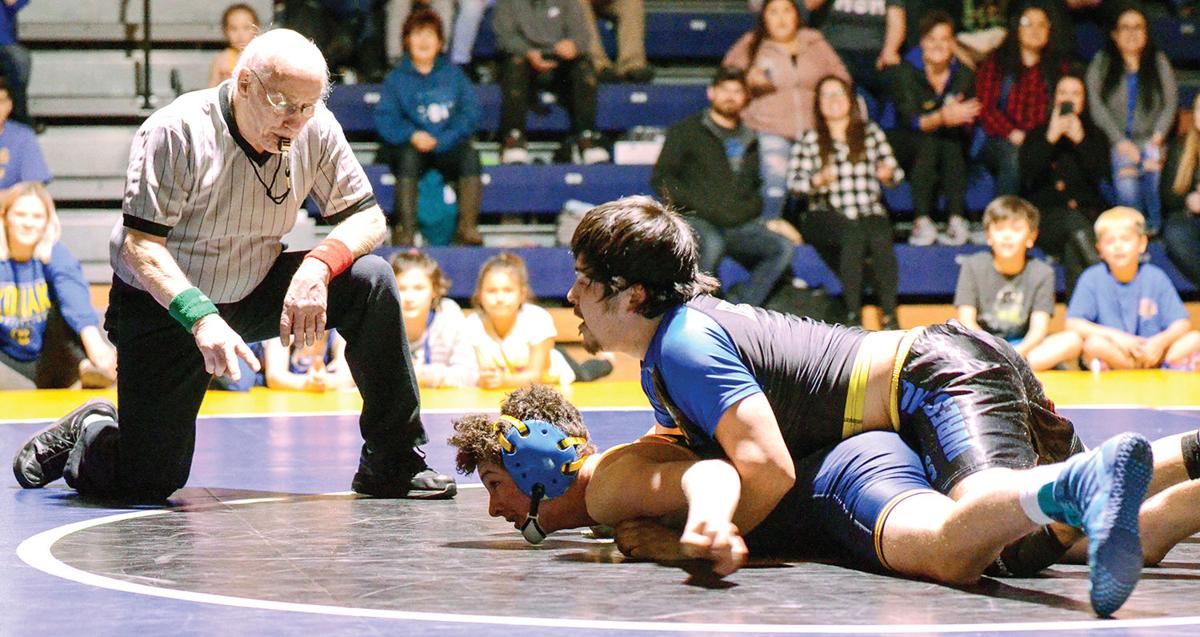 The second Kodiak High School wrestling alumni matches had it all — a daughter tangling with her mom, a son battling his dad and out-of-shape men gasping for air.

The crowd inside the high school gym Saturday afternoon soaked it all up, laughing and documenting the 10 matches on their cell phones.

“What a cool thing here, the past and the present inspiring the future,” said Stewart Valladolid, a 1997 graduate of Kodiak High. “All these little kids around here watching us young guys and old guys go head to head.”

Valladolid lives in Anchorage and, despite his last match being 22 years ago, didn’t hesitate to fly to The Rock when his cousin — Kodiak coach Junior Valladolid — asked him to participate.

Matches consisted of three one-minute rounds — a fourth round was added if $20 of donations was collected during a match — and the alumni were allowed a full compliment of timeouts, which were frequently used. With modified rules, the alumni won 5-4, earning their second victory in as many years.

“There is no shape like wrestling shape. I can’t believe I used to wrestle multiple matches in a day,” said Hayden Foster, a 2015 graduate of Kodiak High School who is now in the Air Force stationed in San Diego.

After his loss to junior Jerron Bruce, Valladolid slipped his wrestling shoes off and left them in the center of the ring — the international symbol of retirement.

“That was the last match for the rest of my life,” he said. “I wanted to do it back in my hometown, which now I am getting a little emotional about. I love wrestling so much, and so does my family.”

In the most entertaining match, freshman Hanna Finley pinned her mom, Brenda Finley, in the fourth round. Daugher was up 10-4 when the pin happened.

“I was nervous. I thought I was going to go out there and be like, ‘she is my mom. I have too much respect for her,”’ Hanna Finley said.

This was Brenda Finley’s first match. She received pointers from her son, Kaleb, the night before at their home.

“Wrestling is hard, and I didn’t know that,” Brenda Finely said. “They make it look easy sometimes.”

Saturday’s match was just the beginning for Brenda Finley, as she will be practicing with her daughter in preparation for the mom’s bracket at the Alaska USA Wrestling state tournament that begins April 30 in Wasilla.

“I have a lot to learn before then because I don’t want to lose,” Brenda Finley said.

Senior Riley Birbilas avenged last year’s loss to his dad, Richie, by picking up a 4-2 victory.

“Everybody on the alumni team had the same mentality — they swallowed their ego and are here for the kids. They all knew they were going to die out,” said Junior Valladolid, who organized the event.

Five new cases of COVID-19 were announced Monday: two in Fairbanks, two in Anchorage and one in Palmer.