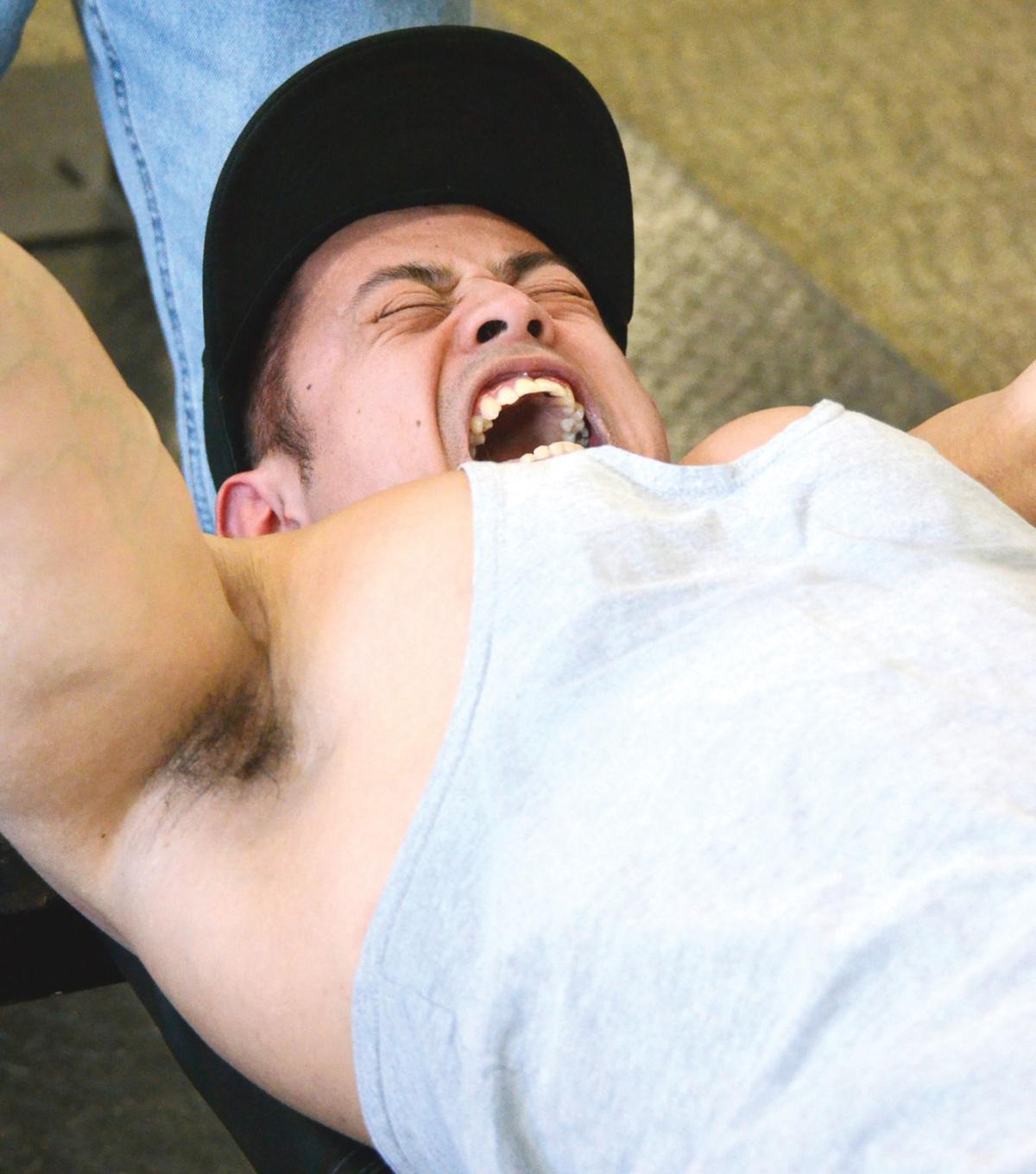 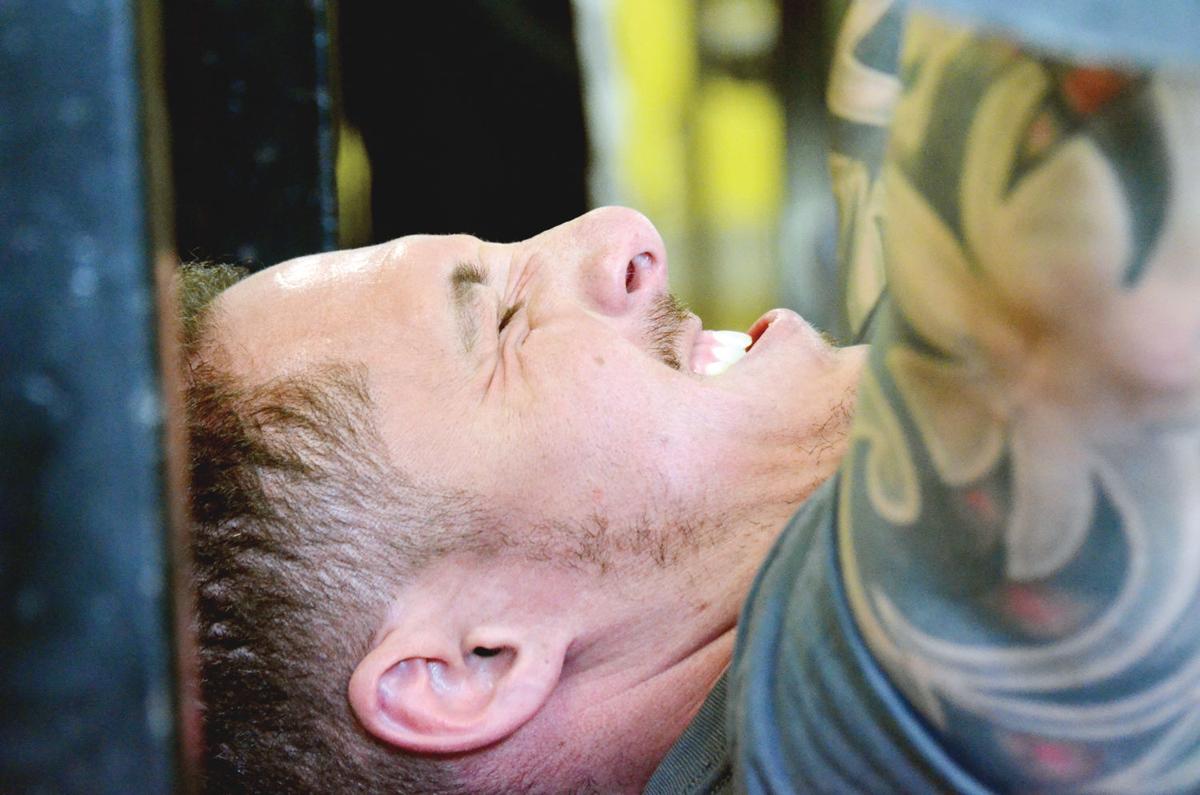 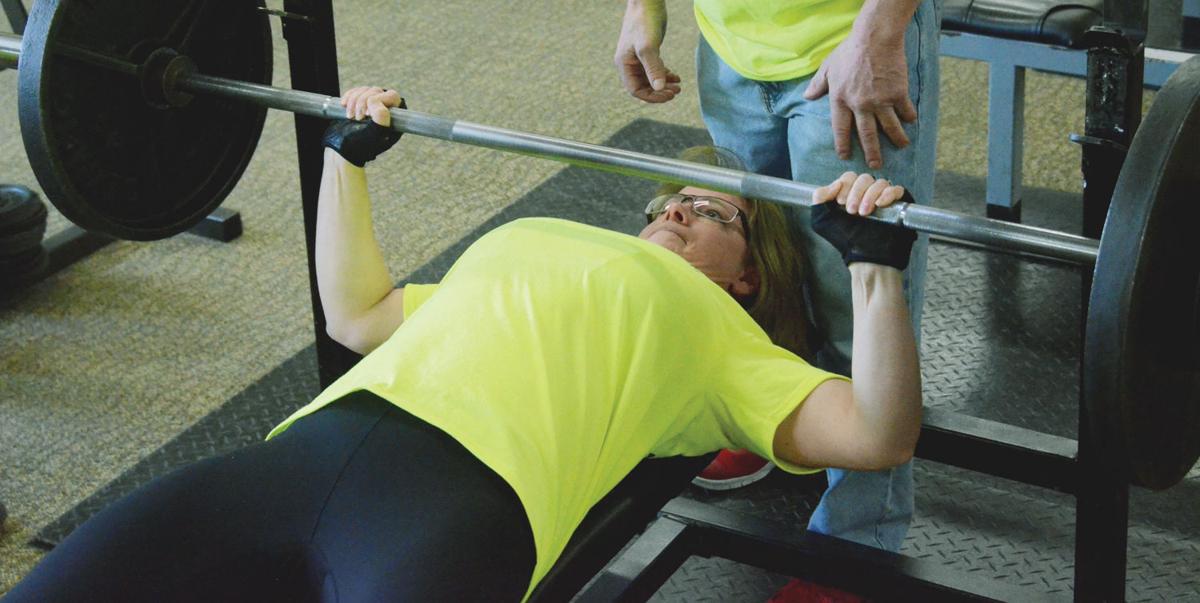 It was just a year ago that the barrell-chested Fortaliza muscled his way the men’s bodyweight division record by pressing 160 pounds an impressive 41 times.

He was back at it Saturday at the Kodiak Athletic Club, only this time the medical lab technician went after Hadji Wight’s half bodyweight record of 138 repetitions of 75 pounds, set in 2012.

Fortaliza got it, but it wasn’t easy.

He pushed up 75 pounds an incredible 140 times, squezzing out the last few reps in pain.

“The hardest part was just to keep going,” he said. “When I got to that fatigue point, my arms were burning.”

Fortaliza — a regular at the competition that has been going on for nine years — outlasted four other competitors. Luis Mendez was second with 111 reps of 100 pounds, a 39-rep improvement from last year’s performance.

After losing 10 pounds since last year’s event, Fortaliza decided to enter the half bodyweight division for the first time. He trained the last month by building stamina under the bar.

“I didn’t do anything full bodyweight; I have been training endurance,” the 2006 Kodiak High School graduate said.

Now that he owns both records, what is next for Kodiak’s Mr. Bench Press?

“I will probably go back to full body and try to break that again,” Fortaliza said.

A pair of first-timers also outpressed the competition on Saturday.

Angie Smitley, a dental hygienist on the Coast Guard base, took the women’s half bodyweight division, while Coast Guardsman Dakota Warren won the men’s bodyweight class.

Smitley wasn’t expecting to win, but her 44 reps of 55 pounds was enough to knock off defending champion Jenny Pederson, who finished second with 34 reps at 70 pounds.

In preparation for the contest, Smitley’s max was 35 reps. She said the vocal crowd helped her dig deep to reach a new plateau.

“It is nice to have a competition like this because it gives you a little goal to go for,” Smitley said.

Warren decided to enter hours before the contest and pressed 230 pounds an astonishing 20 times. Chris Pierce was second with 19 reps at 180 pounds.

The Wisconsin native said the final few reps were the worst.

“I’m used to doing full extension (reps) and it was different doing quick ones,” said Warren, who has been stationed in Kodiak for three years.

Morgan Griffin captured the Special Olympics women’s division with 30 reps of 25 pounds, while Chris Kavanaugh took the men’s class with 48 reps of 90 pounds.

After feedback from the business community, the council elected to keep the sales tax rate increase to 5.5% and amend the maximum tax on any single transaction to $11 instead.