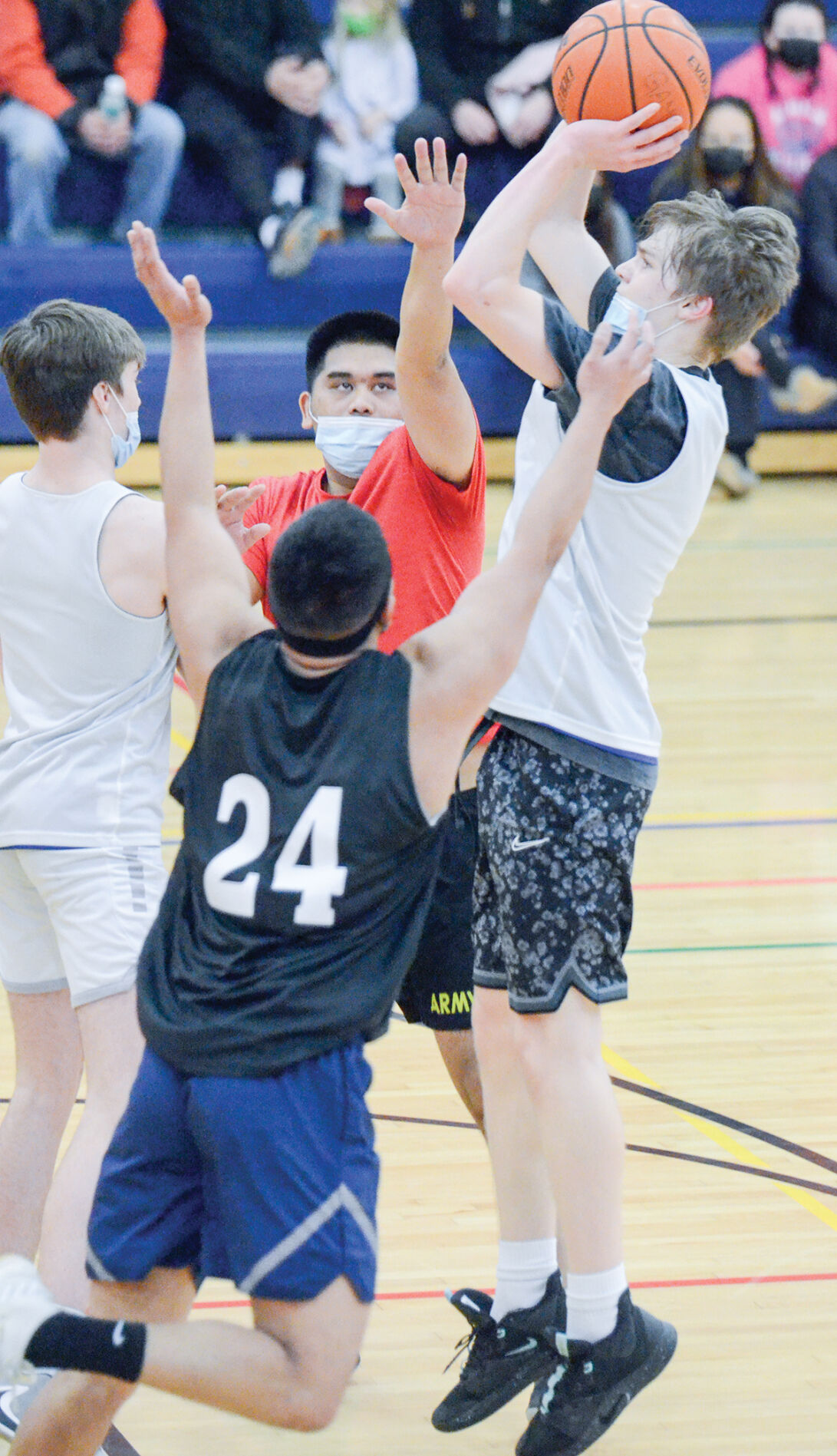 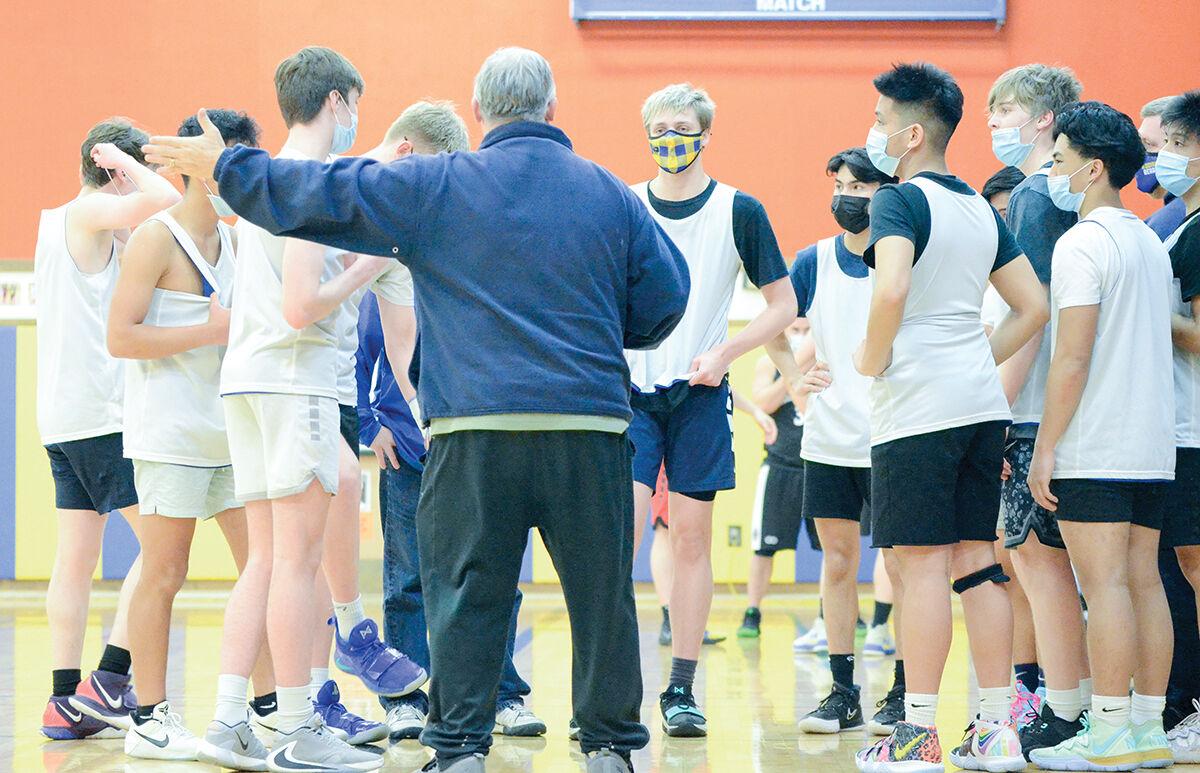 Lyndon Dela Cruz scored only five points in the second half of Kodiak High’s opening city league basketball game of the season. However, the two shots he hit were clutch.

The junior’s 3-pointer with 5:23 left in the second half erased a 13-point deficit to Asian Groceries and knotted the score at 55. Then, in the closing minute, his layup gave the Kodiak boys their first lead since the early stages of Friday’s game at the Kodiak Middle School gym.

John Ticman added a free throw, and the Bears survived a last-second 3-point attempt by Elijah Hiner for a 65-62 victory.

The Kodiak High School basketball teams are playing a city league schedule until COVID-19 restrictions lift. Currently, the school district has a travel mandate, while other districts have imposed in-district only competition.

Regardless of the opponent, the excitement was there from the 30 spectators allowed into the gym. The play was intense and the game went down to the wire. Kodiak coach David Anderson couldn’t have asked for a better opener.

“This will probably be one of the better teams that we play in the Open Division,” Anderson said. “This gives these guys an opportunity to play against men. It is tough to beat guys who play a lot of basketball.”

With a roster full of former Kodiak players, Asian Groceries controlled the first half, and with 13 minutes left in the second half, held a 43-30 lead.

With only eight players, Groceries started tiring, which enabled Kodiak’s Jackson Krug and Frankie Marcelo to take over. Each scored 15 points in the final 20 minutes. Krug ended with a game-high 21 points, which included three triples, while Marcelo finished multiple drives and chipped in 19.

“First half, they were just jacked up to get into a game and not just have to practice, so a lot of shots went array there,” Anderson said. “Second half we settled down, and they got into a rhythm.”

Jemuel Mangalus, who played nearly the entire game for Asian Groceries, said he stretched more before playing the high school kids than he had the whole city league season. He said there was more defense in Friday’s game than most city league affairs. He had multiple steals to go along with three points.

“It was pretty competitive out there. I feel pretty old compared to these guys. They made us work,” said Mangalus, a 2015 first-team Northern Lights Conference selection.

Kodiak returns the majority of its roster from last year’s team that had its season end before postseason tournaments because of the pandemic.

“We are deep. I can play most anybody,” Anderson said.

With a vaccine now available and active COVID-19 cases dropping, Anderson is hopeful to be playing high school opponents in February but until then, he said city league games would provide his team an opportunity to focus on game situations.

“As long as they are not here for the tournament — we don’t mind losing now,” Mangalus joked.

“We are not going to like any of the things coming our way.”

The federally funded program has more than $200 million to provide, with $38 million allocated to Anchorage and the rest to be distributed across the state, Butcher said.

For first time, Alaska sees deflation across the state

Urban Alaska’s consumer price index showed a 1.1% decline in prices for 2020, according to the March edition of Alaska Economic Trends issued yesterday by the Alaska Department of Labor and Workforce Development.