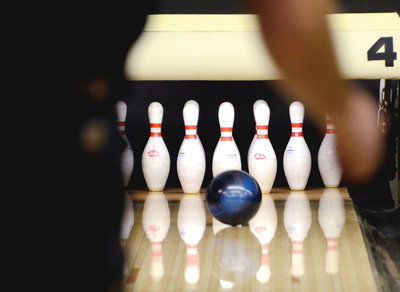 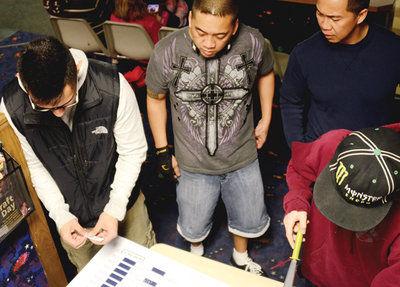 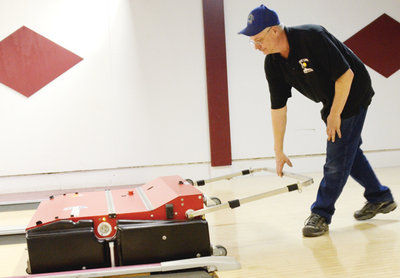 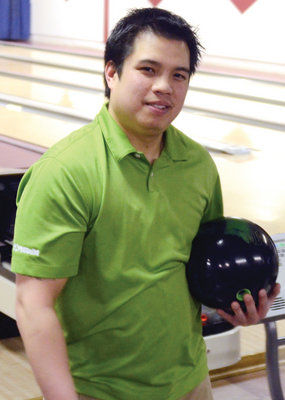 After four hours of bowling, the third edition of the Spenard Builders Supply Pro-Build Championship came down to one frame.

Needing a strike to win and nine pins to tie, Manny Narra’s final ball knocked down only eight pins, which gave the title to Stefan Macahilas, 218-217, in a tense championship match Sunday afternoon at Tropic Lanes.

Macahilas had already finished with a 218 and could only watch nervously as Narra attempted to steal the win.

“I don’t have any control over that. If he gets it good deal — great job to him — and if he didn’t, it was my time to shine,” Macahilas said.

It was Macahilas’ time to shine.

Macahilas earned every penny of the purse by not only battling the slick oil patterns, but also escaping Narra in a tightly contested title round.

Macahilas had to make up 20 pins on Narra in the handicap format and did by opening with three straight strikes. Narra didn’t fade as he struck in five of the first six frames. His only blemish was an open in the third, which was enough of an opening for Macahilas.

Both missed spares in the ninth, which set up the pulsating finish.

“I saw him open that one frame towards the end and I knew that was my passing lane,” Macahilas said. “That was my time to put some pressure on him — 20 pins is a lot for a bowler of Manny’s caliber. That is two frames you have to make up right away.”

Thirty-one bowlers started the tournament, and after four qualifying games, the field was cut to 16. Macahilas was the top qualifier, rolling games of 269, 257, 245 and 179 on the Shark oil pattern — a pattern used on the Professional Bowling Association tour.

Macahilas narrowly edged David Anderson by six pins in the round of 16, then beat James Barton 217-183 in the quarterfinals. In the semifinals, he opened with seven strikes to ease past Jimenez 239-137.

Bracket play was bowled on the USBC Master’s pattern. Macahilas, who helped organize the tournament, and pick the oil patterns, said this tournament gives bowlers an appreciation for what the professionals have to endure on the tour.

“It gives them a real feel for what it is on TV,” Macahilas said. “What you have to put in to make it to the PBA.”

As a youth coach, Macahilas is taking a group of Kodiak bowlers to the state tournament today. Many of his bowlers were at Tropic Lanes to cheer him on; he plans to treat reward them for their support now that his wallet is a bit thicker.

“I will probably take them all out to dinner,” he said.

The "career contrarian" has made a name for himself in the science world.

Alaska recorded nearly 1,400 new cases of COVID-19 in the most recent two days of reporting as virus transmission continues to spread in the state.

While a lot of small businesses are struggling during the pandemic, the big shopping weekend has brought some hope for the holiday season.