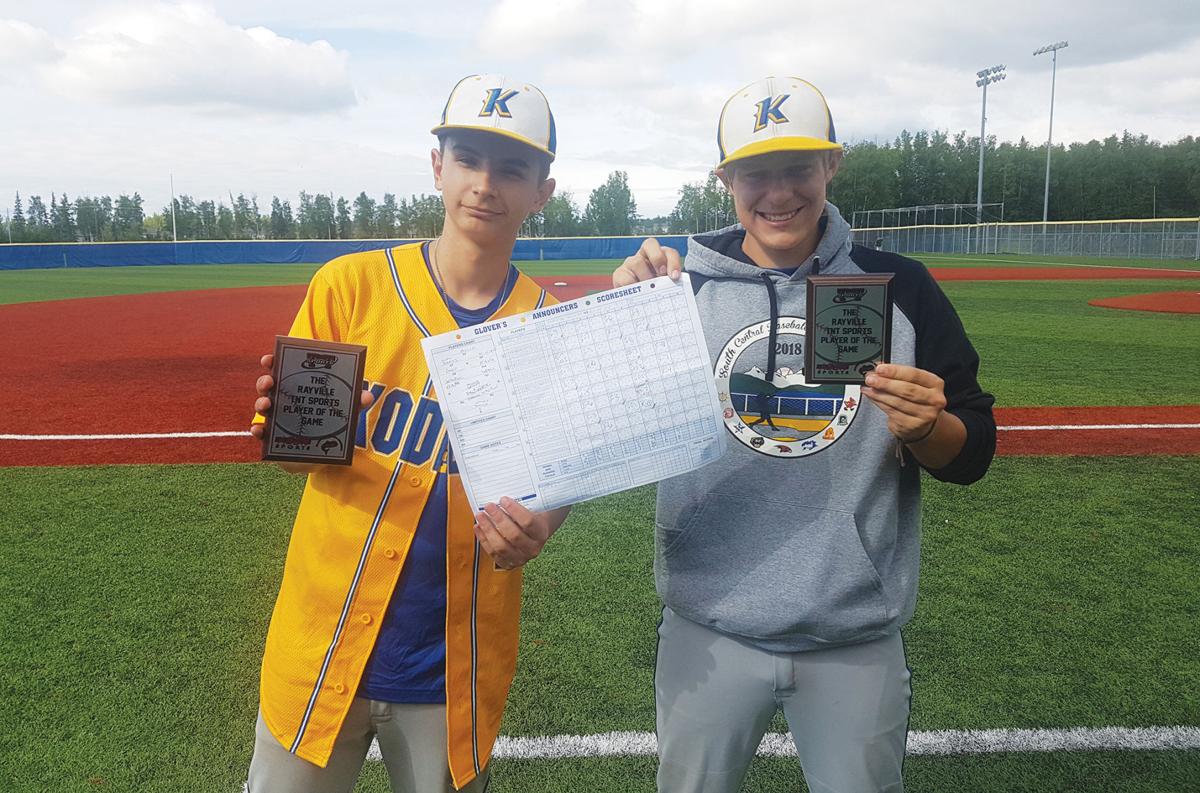 Kodiak Post 17's Jace Crall, left, and Chase Good hold plaques after being selected players of the game for the Bears 5-4 win over Service Saturday at Bartlett High School. 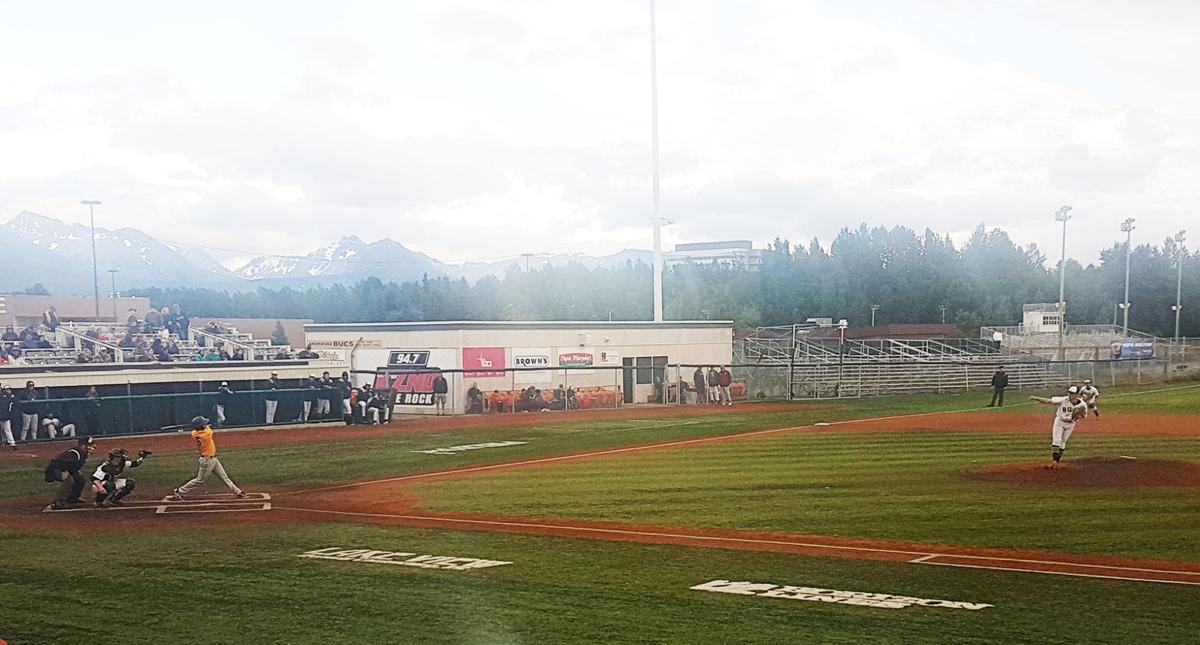 Kodiak Post 17's Jace Crall, left, and Chase Good hold plaques after being selected players of the game for the Bears 5-4 win over Service Saturday at Bartlett High School.

One out away from being swept by Service in an American Legion baseball league doubleheader, Kodiak Post 17 responded with a dramatic victory.

Trailing 4-0, the Bears scored four runs in the final two innings - all with two outs - to force extras.

In the eighth inning, with two outs and the bases loaded, Chase Good’s grounder up the middle scored pinch runner Ethan Booth to send Kodiak off with a 5-4 win Saturday at Bartlett High School in Anchorage.

Service grabbed the first game of the twinbill, 5-2.

The walkoff pushed Kodiak to 1-5 in league, 2-7 overall. The Bears sit tied for sixth place in the eight-team American Division with nine points, one spot ahead of Palmer, which will be in Kodiak for a four-game series starting July 6.

Jace Crall and Nathan James both collected two singles and an RBI in the win.

With two outs in the sixth, Kodiak plated two runs on a Hunter Williams walk and an error on a Khyler Kane grounder that trimmed the deficit to 4-2.

Kodiak sent the game into extra innings by scoring two runs off of back-to-back Service errors.

After a scoreless top of the eighth spun by reliever Shaun Walton,  Zac Crane was hit by the pitch with two outs in the bottom of the inning.

Anders Hocum and Nathan James followed with bloop singles that loaded the bases. Good followed with a grounder up the middle that got away from the second baseman that enabled Booth - pinch running for Crane - to score the winning run.

Micah Arndt started for Kodiak, giving up four runs - three earned - on six hits in 5 1/3 innings. He struck out one and walked four.

The right-hander struck out eight, walked four and gave up six hits.

Service broke a 2-1 game open with a three-run sixth, which was aided by an error that cleared the bases.

Kodiak collected five singles, while Nathan James and Crane each drove in a run.

Good was one of 27 players selected from a four-day camp to play in the game against college players.

Good struckout in his only at bat in the sixth innings and played third base in the seventh. The game finished in a 3-3 tie.

“We do a full physical exam, so we assess their cardiovascular status, their hydration, their bones, joints — we put them through a range of motion — we look at their teeth, their eyes, their ears,” she said.