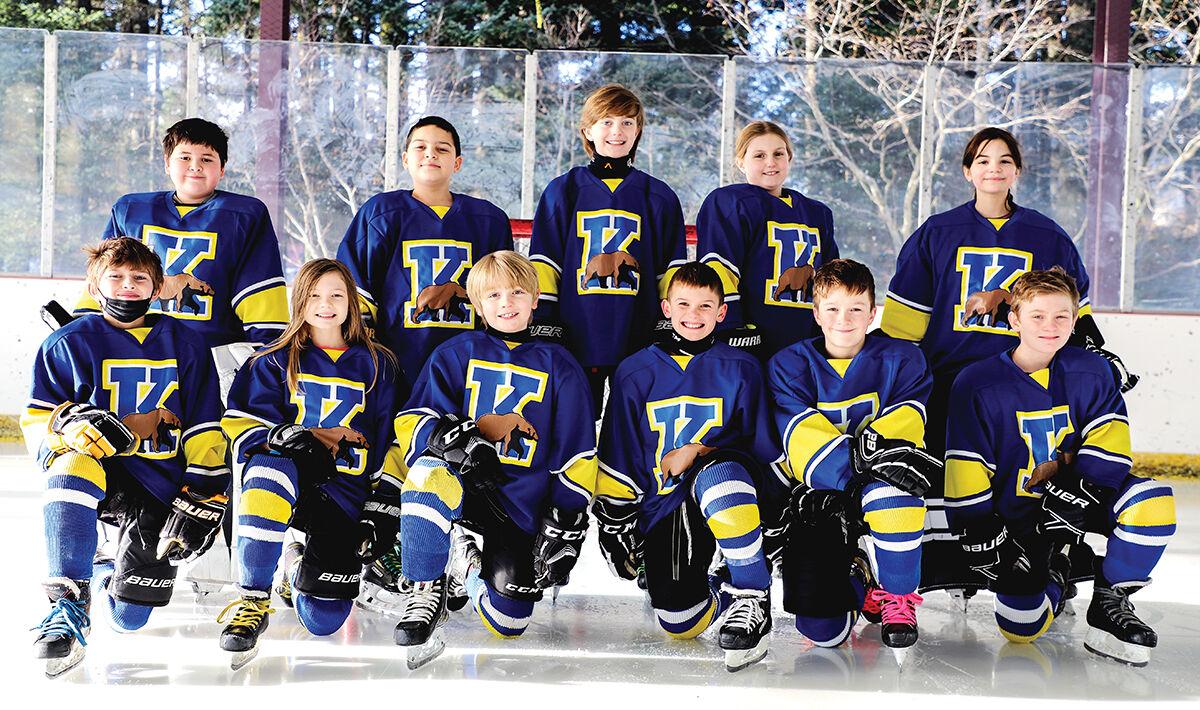 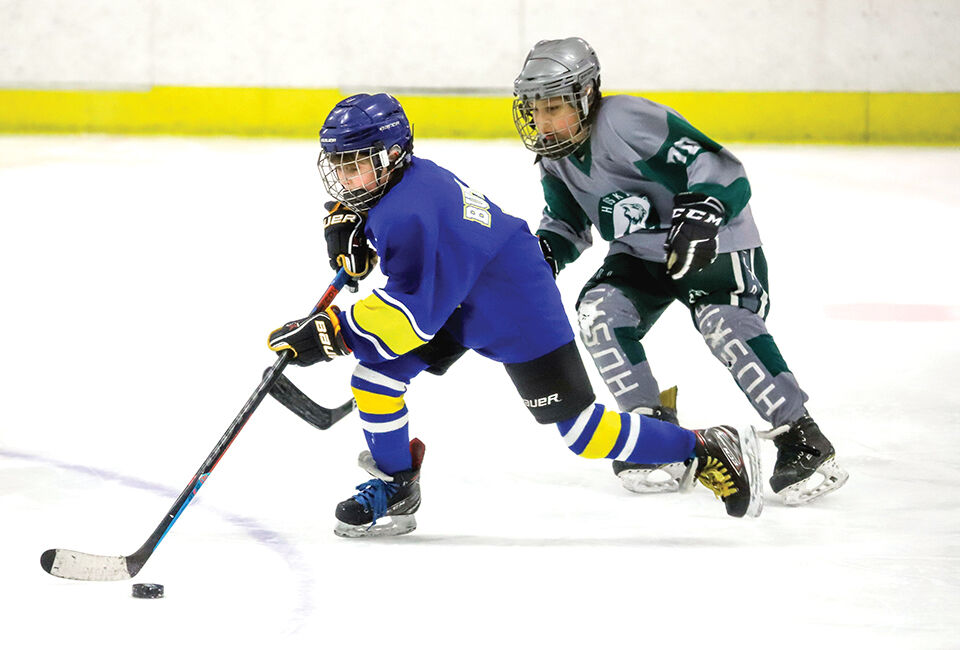 Kodiak’s Treyten Butler breaks away against Delta in a semifinal game at the 10U A Alaska Hockey State Tournament last weekend in the Mat-Su Valley. 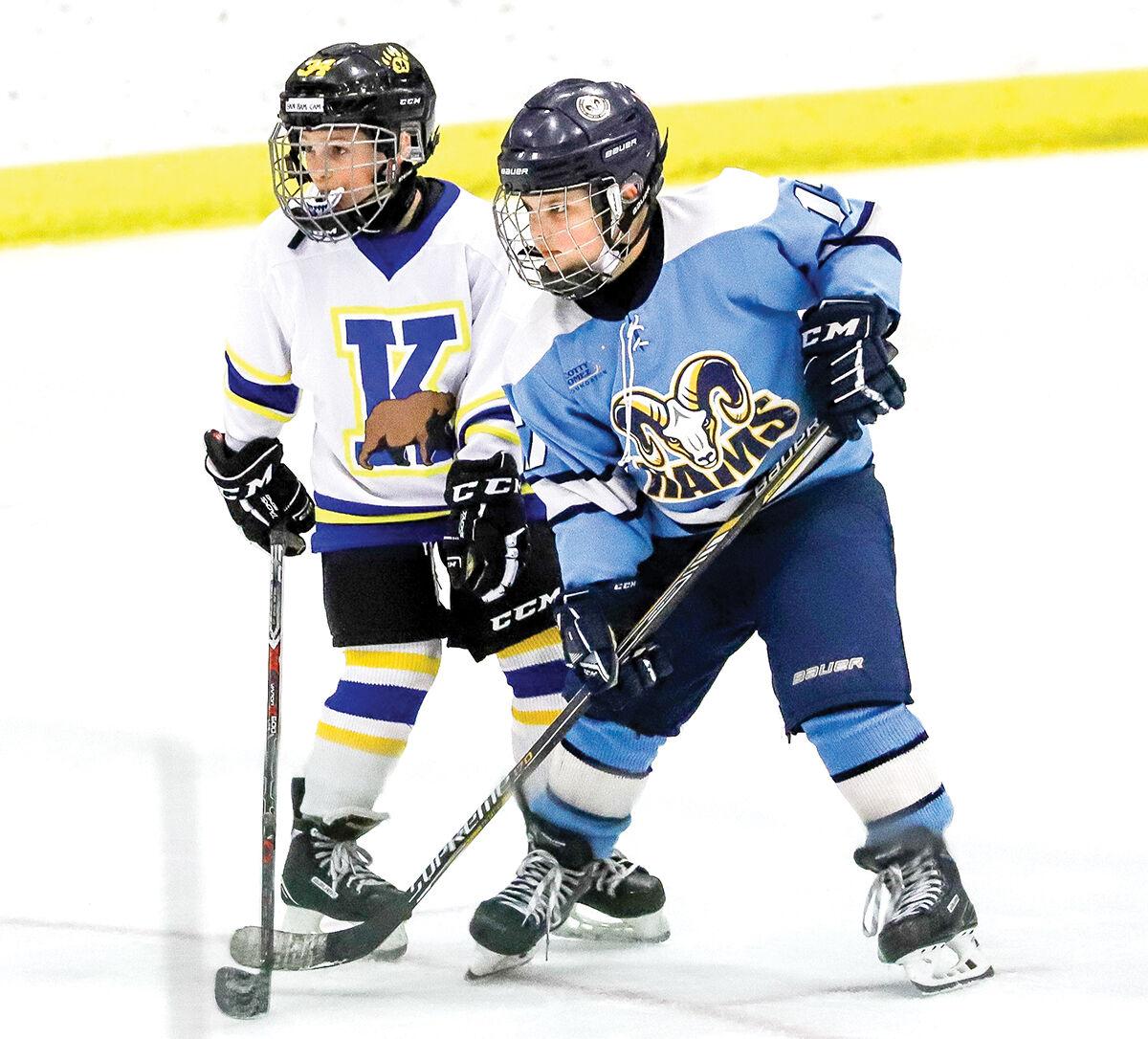 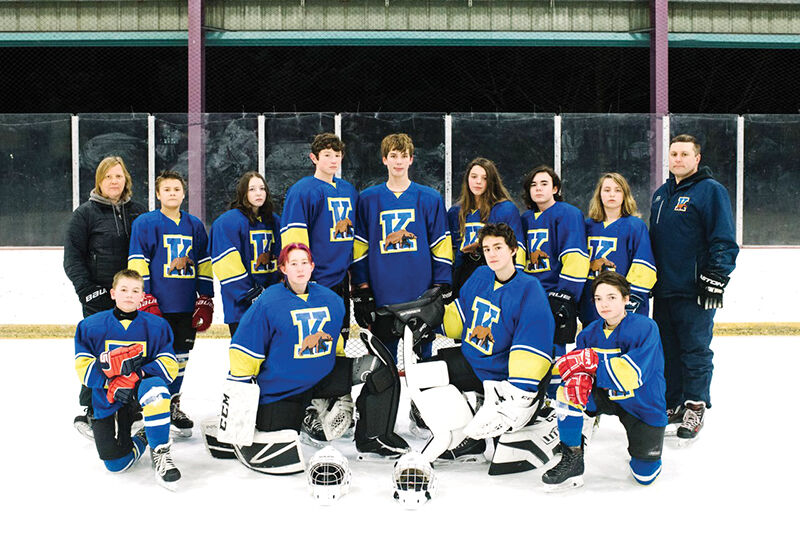 Kodiak’s Treyten Butler breaks away against Delta in a semifinal game at the 10U A Alaska Hockey State Tournament last weekend in the Mat-Su Valley.

Who needs a regular season against off-island opponents?

Not the Kodiak Hockey League 10U skaters.

The league’s youngest team to participate at the Alaska Hockey State Tournament picked up a solid third-place finish in the 10U A division last weekend in the Mat-Su Valley.

The three-day tournament was the first Mainland trip of the season for the 10U team and the first time not playing against friends at the Baranof Park Ice Rink.

“They just came fired up and ready to play,” 10U coach Nate Woodward said. “We couldn’t be more proud of them. They had an absolute blast.”

The islanders showed no nerves, winning their first two games — 8-2 over Anchorage Willingham and 5-1 over Gomez — to push them to a semifinal match against power Delta.

Kodiak fell 11-1 to Delta, which went on to win the state title. The locals finished with a 2-2 record — they ended pool play with an 8-1 loss to the Grizzlies.

When Kodiak’s Treyten Butler put the puck in the net in the third period of the semifinal game, it marked the tournament’s first goal scored on Delta.

“They got that goal, and we went pretty wild on the bunch,” Woodward said. “It was a win for us at that point. Third place in a 10 A tournament is a pretty big deal. Those kids should be really happy with their play and effort in the tournament.”

“They are very skilled players,” Woodward said. “They are leaders on the team and had an incredible weekend.”

Tyler Demerest and Cy Simeonoff each contributed a goal and an assist. Charlie McCarthy chipped in a goal and Camden Hansen added an assist.

With 12 skaters, Kodiak had the smallest roster of the nine teams. Woodward said more than 30 skaters particpated during the regular season and the team was widdled down to a dozen for the tournament.

After being an assistant coach for six years, this was Woodward’s first season as a head coach.

“I was nervous to begin with, but we had such great kids that they made it easy on us. I couldn’t have done it without the assistant coaches. We had four to five coaches helping each practice. It was awesome.”

Miles Grimes tallied four goals and one assist to lead the KHL 14U squad to a third-place showing at the Alaska State Hockey 14U B tournament.

Vonn Arndt added two goals and two assists, while Rowan Wyszkowski and Rylee Otto each contributed a goal and an assist.

Hannah McCarthy had two assists and John Bowman one assist.

The state of Alaska is anticipated to receive more than $1 billion.