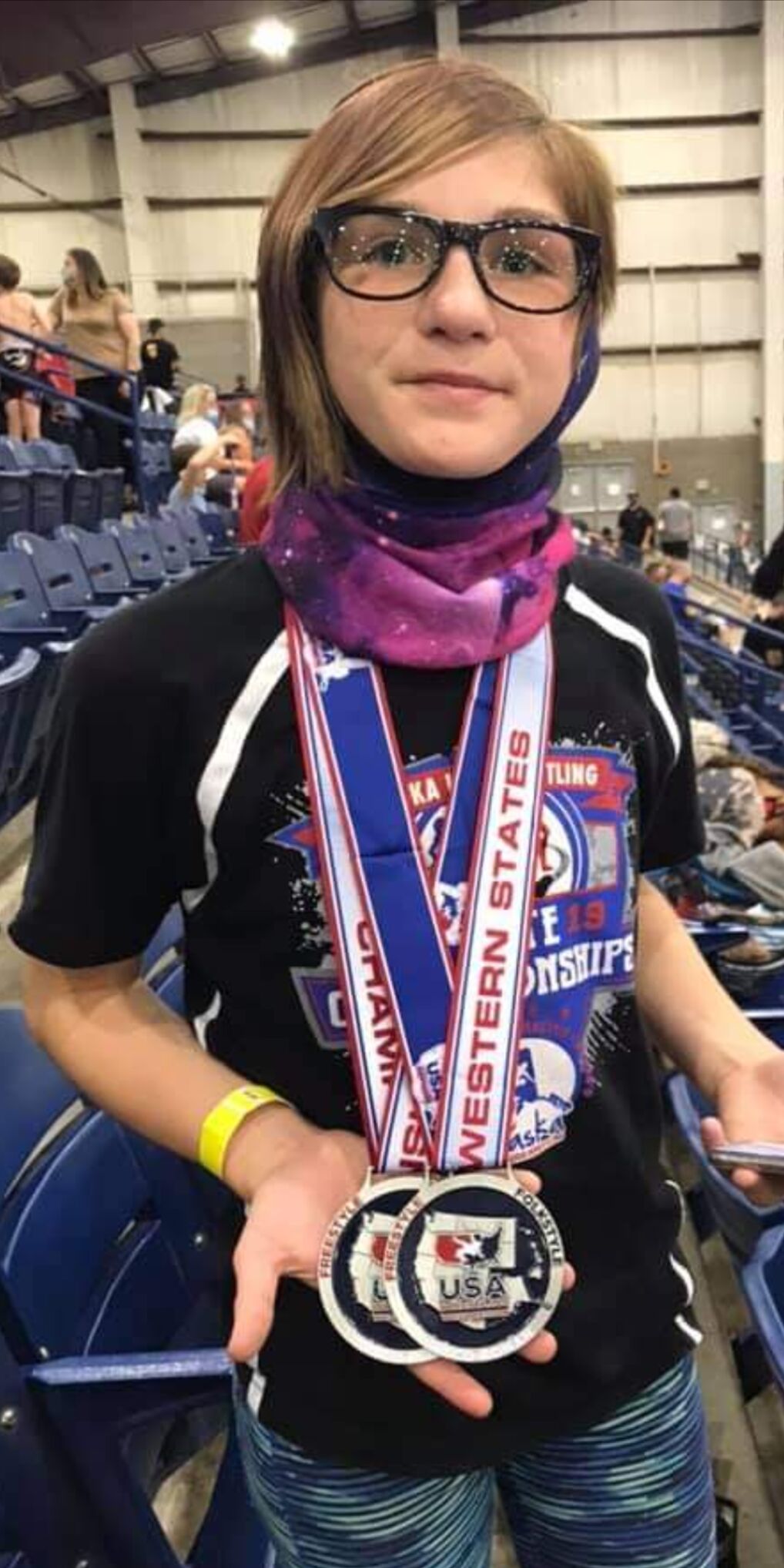 Sienna Mickelson displays medals won at the Western State Championships in Utah. The event was held July 30 to Aug. 1. 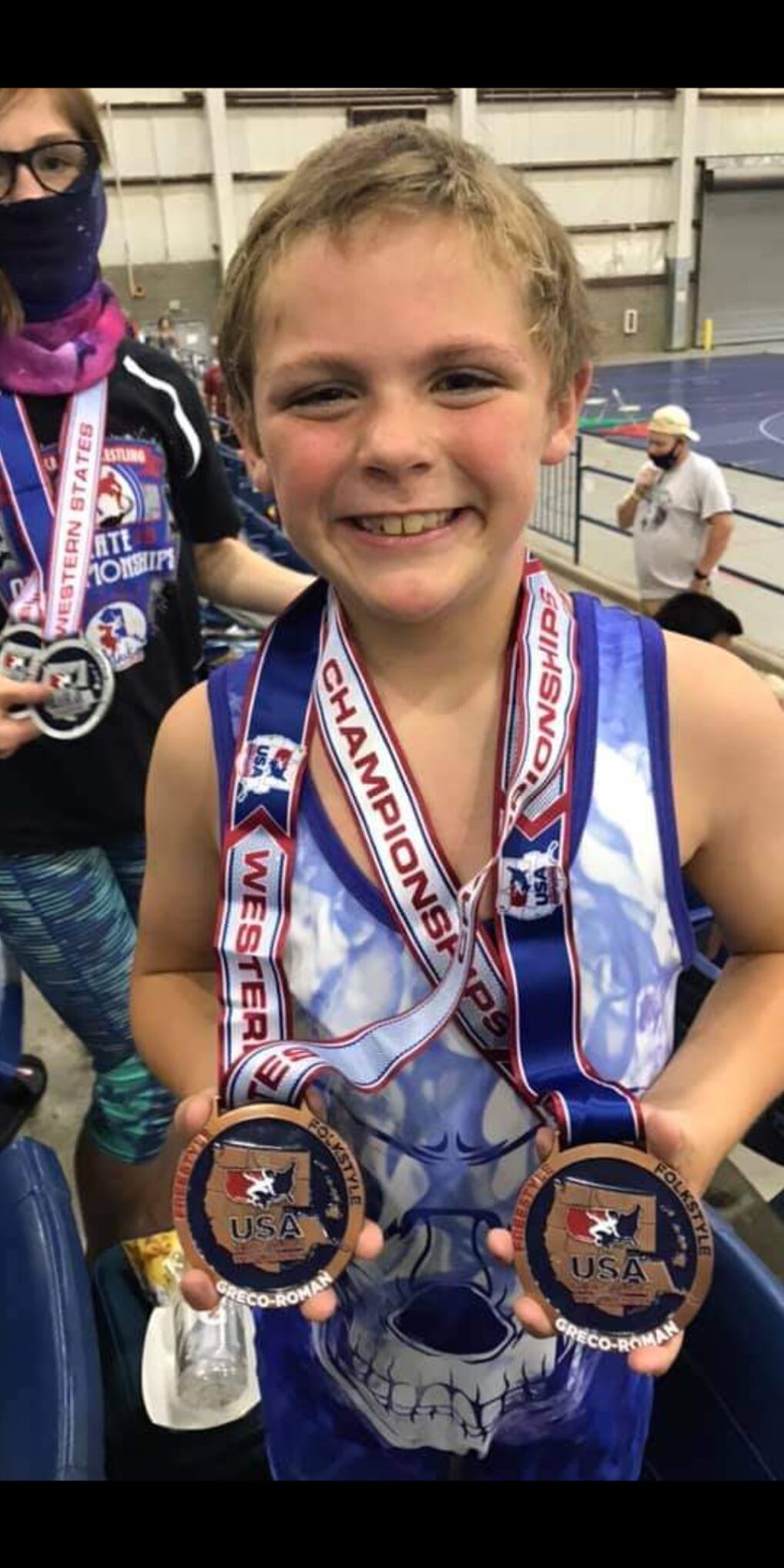 Torrin Mickelson displays medals won at the Western State Championships in Utah. The event was held July 30 to Aug. 1.

Sienna Mickelson displays medals won at the Western State Championships in Utah. The event was held July 30 to Aug. 1.

Torrin Mickelson displays medals won at the Western State Championships in Utah. The event was held July 30 to Aug. 1.

The Mickelson siblings — Torrin and Sienna — picked up podium finishes at the USA Western States Championships wrestling tournament, held in Farmington, Utah, from July 30 to Aug. 1.

Sienna earned runner-up performances in the girls’ 12-and-under 90-pound brackets of the freestyle and folkstyle tournaments.

Wrestling girls from Idaho and Nevada, Sienna finished with a 2-3 record.

Facing opponents from Montana, Nevada, Washington and Utah, Torrin  grabbed bronze medals in both the boys’ 8-and-under 85-pound brackets of the freestyle and folkstyle tournaments. He posted a record of 5-3.

Torrin’s big victory was when he pinned Washington’s Bennett Walsh in the third-place match of the freestyle tournament.