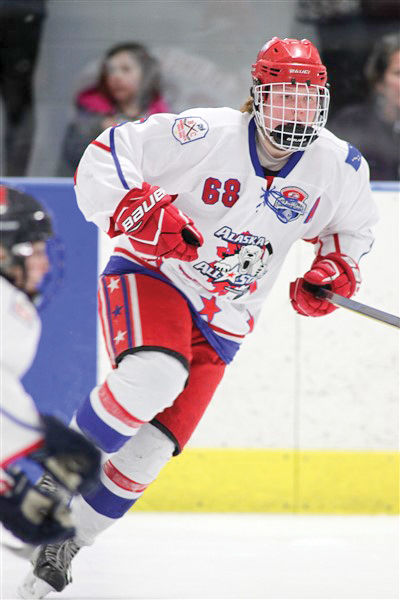 Kodiak’s Carly Glover skates with the Alaska All-Stars, a team based out of Anchorage. 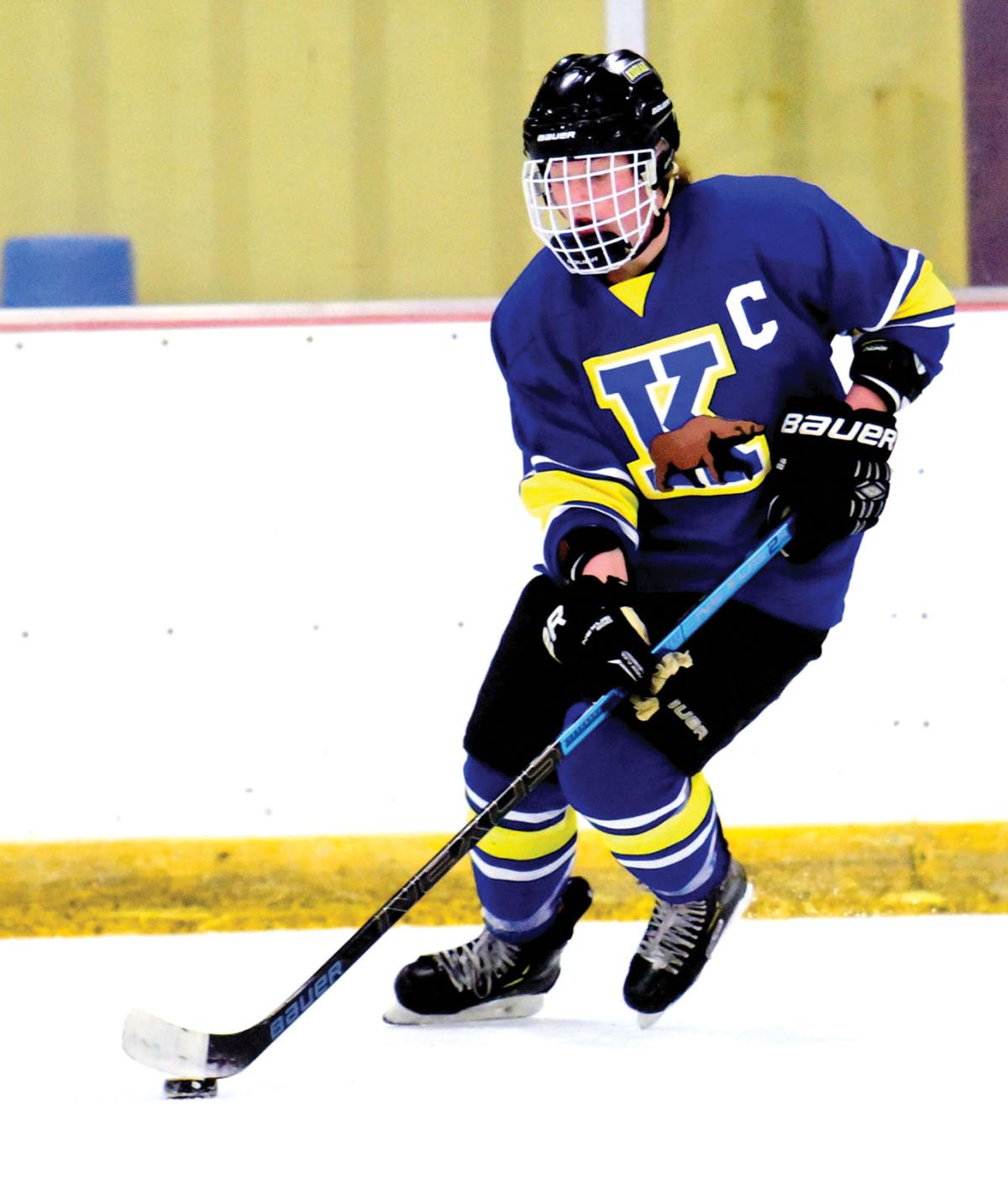 Carly Glover skates with the Kodiak Hockey League 18U team.

Kodiak’s Carly Glover skates with the Alaska All-Stars, a team based out of Anchorage.

Carly Glover skates with the Kodiak Hockey League 18U team.

Throughout her prep hockey career, Carly Glover most likely spent more time doing schoolwork on an airplane than in a classroom.

In four years, she has logged at least 19 trips to places like Detroit, Toronto, Chicago, Seattle, California, New York, Massachusetts and Colorado. Then there is the countless number of weekends spent in Anchorage.

“I am definitely a frequent flier on Alaska Airlines,” Glover said.

When Glover suits up for the Warriors in the fall, she will become Kodiak’s first collegiate hockey player.

“I thought hockey was just going to be an extra sport that I could do during the winter to keep me busy as a kid,” Glover said. “I never thought I would ever go to college for hockey until my freshman year. There is actually a big window for girls.”

Glover has been in contact with Merrimack for several years, but the Warriors’ interest in the Kodiak product heated up in March after the Pacific District Girls Tier II 19U tournament in Seattle. Glover scored 12 goals in four games in the Alaska All-Stars’ title run.

“It was about a month and a half of talking over the phone with the two assistants coaches and the head coach,” Glover told the Daily Mirror. “Then, I got a Facetime call from the head coach that they wanted to commit me. I committed right then.”

Glover will be receiving a merit-based scholarship from Merrimack, a private Augustinian college with an undergraduate enrollment of about 3,600. She was also considering Bemidji State University in Minnesota.

“The small school and competitive hockey are what really drew me to it,” Glover said.

Glover was going to visit the campus after the Chipotle-USA Hockey Girls Tier II 19U National Championships, but that tournament was canceled due to the coronavirus pandemic. She has gotten acquainted with her new school through conferences and videos.

“The school she is going to will be very happy that they have her,” Alaska All-Stars coach Cristy Hickel said. “There may be flashier players out there right now, but she is going to continue to improve.”

Considering Kodiak High does not have a hockey program, Glover’s journey to being a Division I recruit is quite remarkable.

Her path to the ice started as a kindergartner when her teacher, Tammy Hocum, introduced her to the sport. Even though Glover spent more time falling on the ice than standing on it, she was hooked. The entire Glover family latched onto a game that they had only watched a few times. John Glover — Carly’s father — immersed himself in hockey and has coached his daughter from the beginning. Carly said her dad has been an influential figure in her life.

“It has been fun for me to be part of that whole growth,” John said. “Getting up early when she didn’t necessarily want to get up early, but she did to go skate and workout. I appreciate her dedication.”

Carly skated with the Kodiak Hockey League but was also an integral piece of the Alaska All-Stars, an Anchorage-based squad, for the past four years.

“A lot of the girls, by the time they are 14, are flashy and early recruits at ninth grade. She (Carly) was still learning how to buckle her boots then. She was eyes wide open and ready to rock. She just didn’t look back.”

Using her size, Carly — a 5-foot-8 forward — is a potent playmaker on the ice who has earned invitations to two USA Hockey Player Development Camps. This season for the Alaska All-Stars, she was on a line with Soldotna’s Journey Miller and South Anchorage’s Nicole Ness, both Division I recruits. Miller is headed to Mankato State and Ness is going to St. Cloud University, both in Minnesota.

Hickel said Glover became the 218th player she has sent to college, with about 30 of them landing on Division I rosters.

“Having that confidence in her journey has really helped her keep taking steps,” Hickel said. “She is not at her peak, and she is not satisfied, but she is invested in her journey. When you have a young lady who has invested in the process — every shift, every game, every next opportunity — she is always giving it her best.”

Hickel teaches her players the value of hard work and good character by reinforcing the concepts of “don’t blame, complain, or explain.” She creates hardships — like doing push-ups at 6 a.m. in the snow — for the girls to overcome.

“She has those internal leadership skills,” Hickel said. “Most of the players who have come out of here have been leaders on their team in college. She fits with that model, which is really an honest, hard-working human.”

Carly thanked all her coaches and teammates — especially her sister Hannah, who also played on the Alaska All-Stars and pushed her “to be a better athlete and person” — for getting her to the next level. When asked what her favorite moment of hockey has been, she said, “the friends.”

“The girls on my team in Anchorage and the boys here in Kodiak — it is a friendship that you won’t forget,” Glover said.

Glover is excited to start the next chapter of her life.

“One of the coaches (at Merrimack) told me that this is going to be the hardest hockey that you are ever going to play in your life,” Glover said. “That was inspiring. It only gets better.”