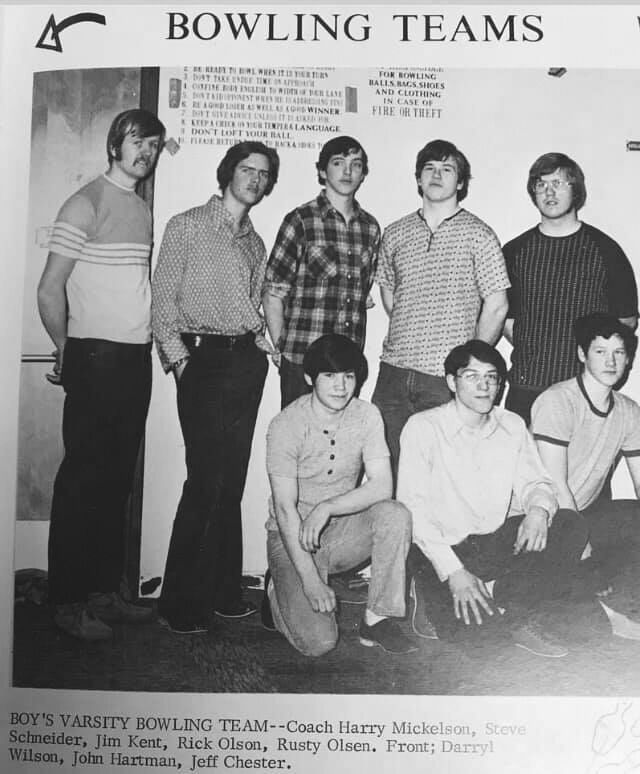 Jim Kent (top row, third from left) is pictured with the Kodiak High School bowling team in the 1970s. 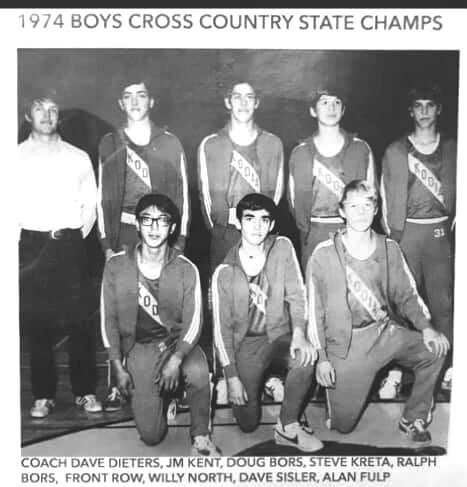 Jim Kent (top row, third from left) is pictured with the Kodiak High School bowling team in the 1970s.

As a freshman entering Kodiak High School in 1972, Jim Kent was handpicked by teacher and coach Harry Mickelson to join the school’s newly-formed bowling team.

Neither of them knew it at the time, but that would kickstart a lifelong friendship and business partnership between the two.

“To call him a friend, you had something pretty precious,” said Mickelson, a week after Kent died of brain cancer at the age of 62.

Kent had an immediate impact on the Kodiak High athletic department when he relocated with his family from Washington to The Rock. He excelled in basketball, track and field, cross country, and, of course, bowling. As a senior, he was named the 1976 male athlete of the year, beating out three sport letterwinner Ralph Bors, state wrestling champion Todd Briggs and wrestler Steve Rounsaville.

As talented as he was as a runner, Kent’s true passion was on the lanes. And he had Mickelson to thank for that.

Mickelson — Kodiak’s most prolific bowler — was asked by the school board to add a bowling class to his math-teaching schedule. Knowing that seniors would fill the bowling class, Mickelson saved four spots for first-year students so he could build a program. Kent — in Mickelson’s freshmen algebra class — was one of the four freshmen to be asked to join. The bowling class replaced freshmen P.E.

Kent — and the other three freshmen — bowled in Mickelson’s class for the remainder of their prep careers.

“When they were seniors, we would have challenge matches against the different teams that bowled in the leagues in town, and they never lost,” Mickelson said. “They got quite good in a hurry — all of them were athletic kids and were smart.”

The summer after graduating, Kent and Jeff Chester — another member of Mickelson’s bowling class — traveled to the Lower 48 to compete in the Celebrity Junior Pro-Am. Kent went on to win a bowling National Collegiate Championship team title while studying at Washington State University.

After graduating from WSU, Kent returned to the island. His arrival was well-timed. Krafts had just reopened the town’s 10-lane bowling alley, which had been closed for several years. Kent assumed the position of manager of Tropic Lanes while also being a commercial fisherman — his degree was in range management and wildlife biology.

The bowling scene came back to life in Kodiak, with multiple league shifts a night. When not mingling with patrons, Kent drilled balls and oiled the lanes.

“Jim’s skill set was that he was so good with people and just nice to everybody,” Mickelson said. “All that inviting behavior really helped. He really built the interest and made it competitive.”

Rod Kiefer, current Tropic Lanes manager, perfected that art of drilling bowling balls from Kent and said he “bent over backward to help everybody.” He was also a great bowler.

“He was the smoothest left-handed bowler I have ever seen. Effortless,” Kiefer said. “Everything was the same every time. He was a 200-plus average bowler.”

During this time, Mickelson’s and Kent’s student-teacher relationship blossomed into a friendship.

They bowled on the same league teams, and, in 1989, Kent sponsored Mickelson in a Lower-48 high-rollers tournament. Mickelson won and banked $100,000.

The prize money was invested in buying the Nob Hill Bowling Center in Yakima, Washington. Mickelson was the silent partner, while Kent ran the center. They were told by the attorney that business partnerships don’t last. The two proved the attorney wrong.

“When we finally sold in 2017, we were still partners,” Mickelson said. “That was the kind of person that Jim was.”

Under Kent, Nob Hill moprhed into one of the best bowling centers in Washington state. Mickelson said their alley was one of the first in the state to install 36-inch scoring monitors and always had the “latest and greatest machines.”

Kent also spent time coaching at the center. He never charged for a lesson.

“He really had an eye for it,” Mickelson said. “There are some people who have a coach’s eye and other people who just see. He really helped me through the years.”

Through all of his ventures in bowling, Kent never missed a summer fishing trip to Kodiak. He last visited the island in 2019.

“It was the highlight of his year. He talked about it all the time,” Mickelson said about Kent’s trips to Kodiak. “I don’t know how many of us caught our first king salmon with Jim.”

Kent’s son, Marshall, is a professional bowler who has won four titles on the PBA Tour and is a six-time member of Team USA. His other son, Jordan, is a lieutenant in the United States Space Force.

“He followed him (Marshall) around these last couple years of his life,” Kiefer said. “We would always see him on TV sitting in the front row — that was his joy. He was pretty proud of him.”

State health officials reported 204 new cases of the disease among state residents today, four of whom are from the Fairbanks North Star Borough.