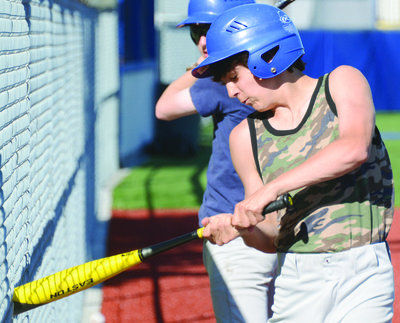 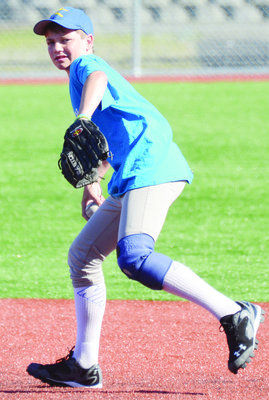 He feels what the team lacks in numbers it makes up for with experience.

The team of 13-and 14-year-olds has seven returning starters from last year’s squad that went 5-4 and bowed out of the District I Finals tournament in the quarterfinals.

Kodiak started District I pool play with a 13-3 loss to Dimond-West Wednesday in Anchorage. Kodiak plays Anchorage-Military today, Polar on Saturday and Abbott-O-Rabbit on Sunday.

Smith said the team is more prepared for this year’s tournament and credits coach Tim Fellows for that. Fellows, a former college baseball player and current member of the Coast Guard, coached in the two-team Junior Little League this season and has helped at all-star practice the past three weeks.

“This is his team,” manager Craig Walton said. “He does a great job and the kids like him. They listen to him and he tells them how it is.”

Kodiak is going to rely on its defense to reach the District I Finals. The top four teams in the five-team pool play qualify for the double-elimination tournament.

The District I champion plays in the state tournament that is held in Anchorage.

“We have a shot at it,” Walton said. “If they play together and play as a team, the talent is there.”

Smith is confident his offense will be able to produce enough runs to keep Kodiak in games.

“We can hit the ball; the defense just has to be able to hold,” he said.

Luke James, Sean Walton, Josh Smith and Mitchell Kane will carry the bulk of the load on the mound, while Smith said everybody would probably see time pitching.

Everybody but Griswold, Ellis and Rastopsoff were on last year’s team.

“They are ready and excited,” Walton said. “That older group of kids, they saw how we did last year and they think we can do better — and I think we can.”