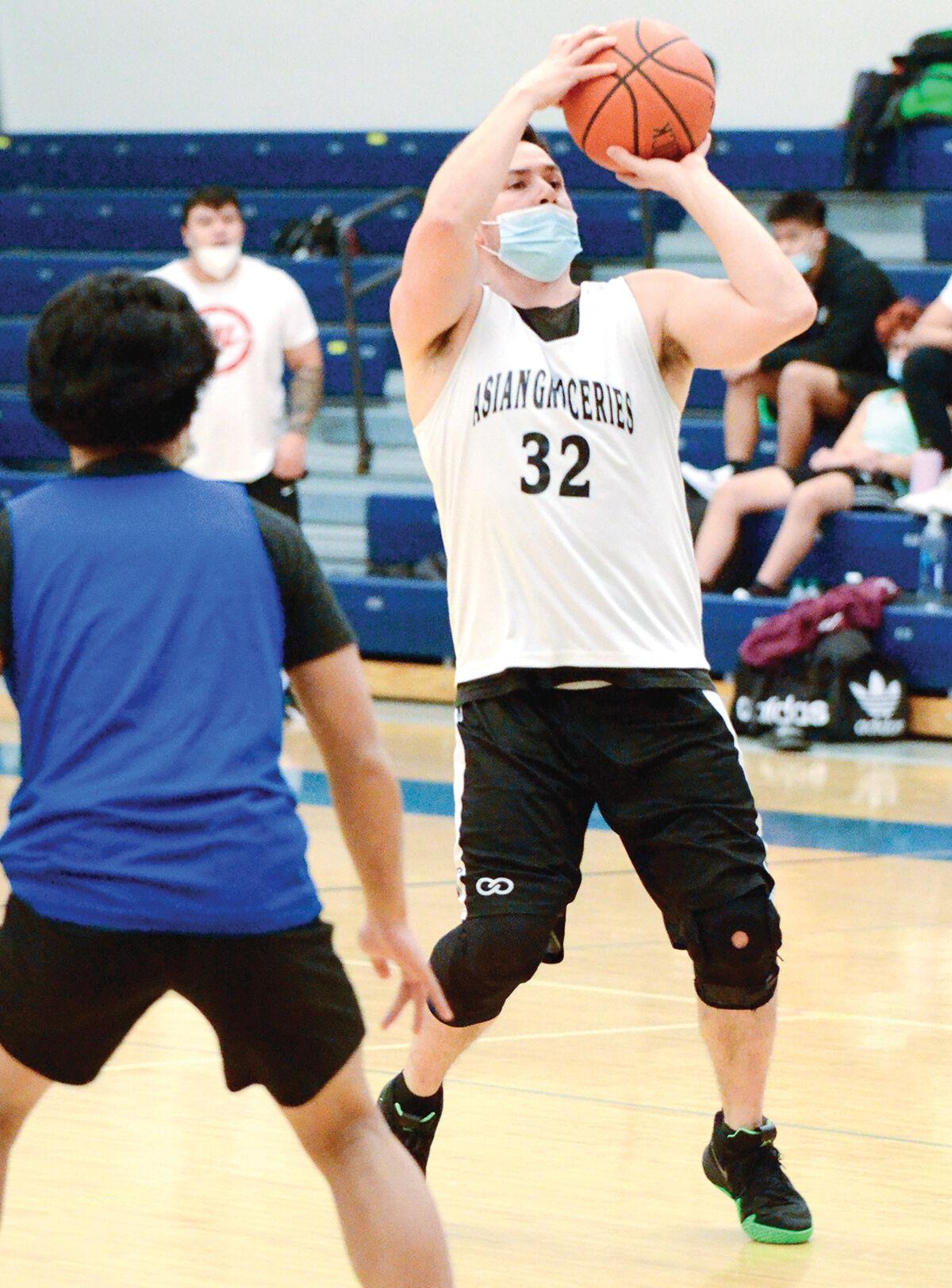 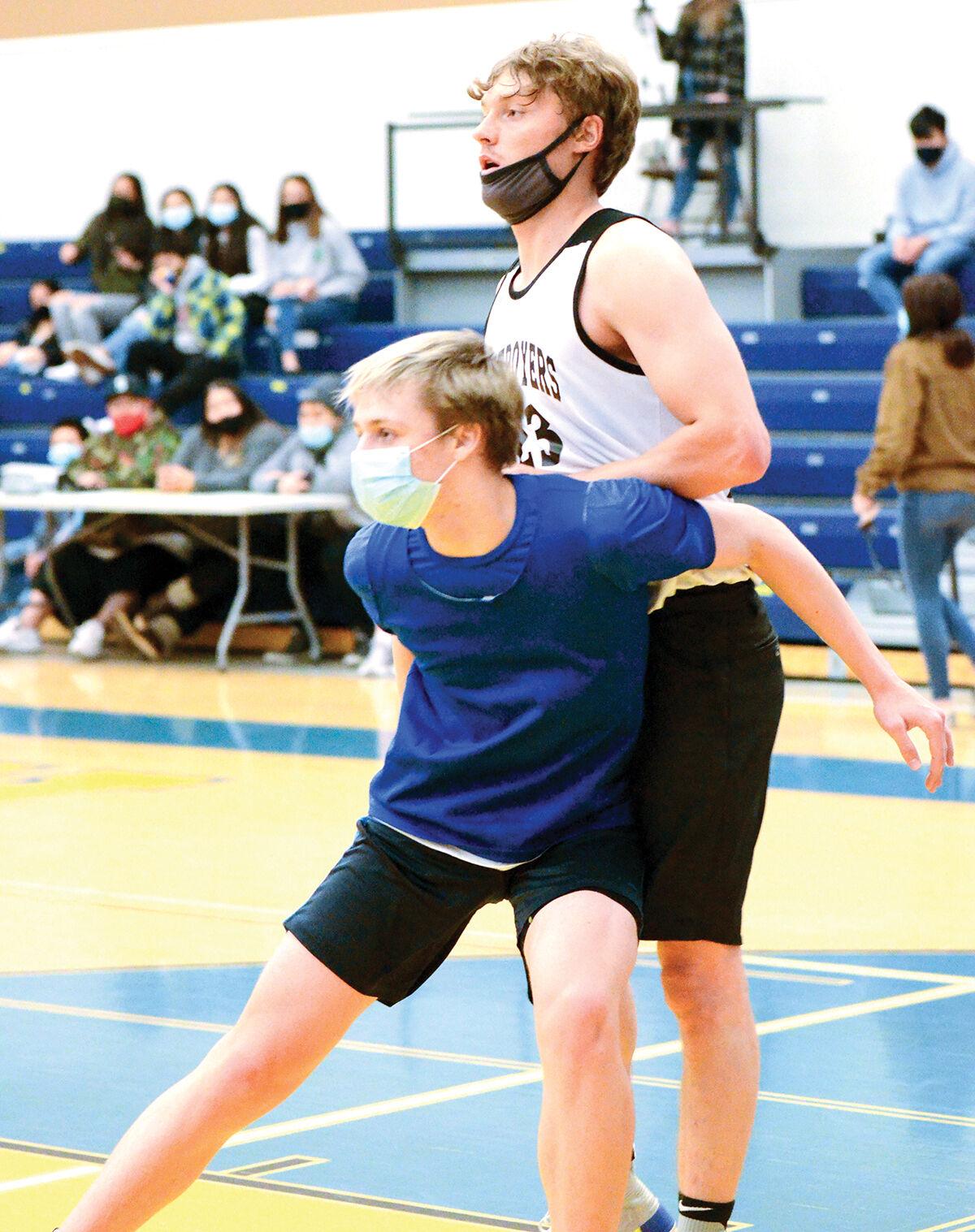 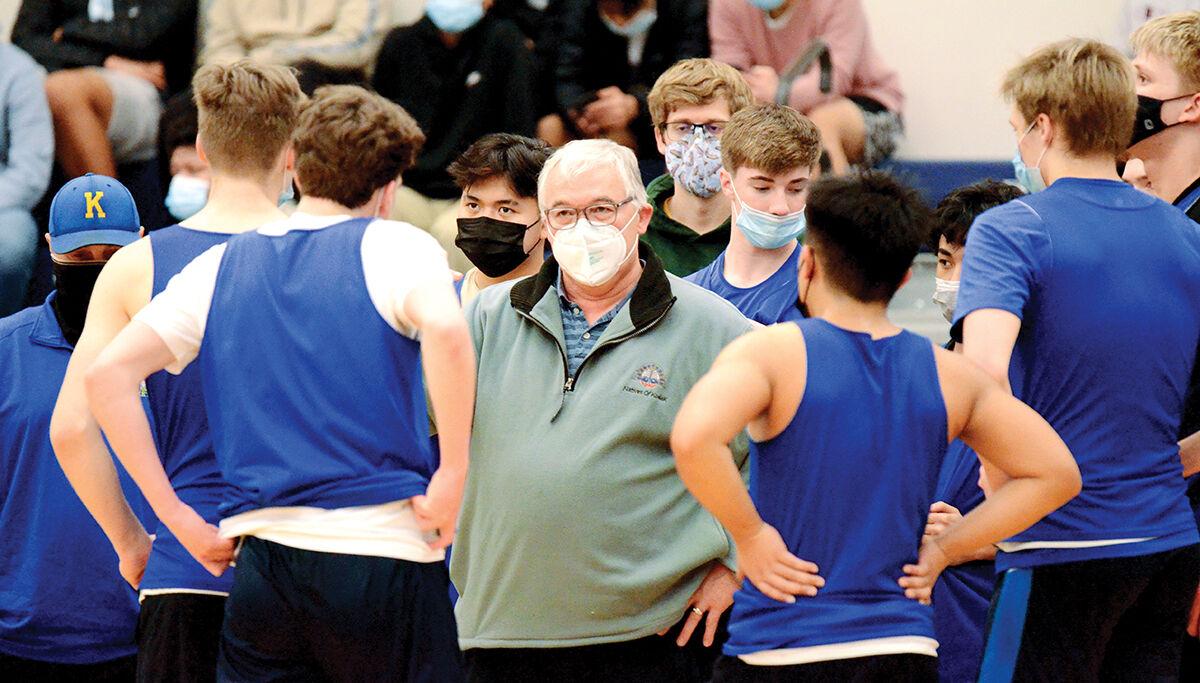 Hornets coach David Anderson talks to his players during a timeout at a City League Basketball game Friday at Kodiak High School.

Hornets coach David Anderson talks to his players during a timeout at a City League Basketball game Friday at Kodiak High School.

In 2001 Kilborn and nine of his best friends shocked the state’s basketball community by defeating favored East Anchorage in the 4A state championship game to complete a 28-0 season.

Kodiak’s victory over East Anchorage was inducted into the Alaska Sports Hall of Fame in the “moment” category in 2019.

“It was such a big part of people’s lives who lived here and got to see it,” Kilborn told the Daily Mirror in 2019. “It makes you realize how important it was.”

Nearing the 20th anniversary of that game, Kilborn proved that he still could keep up with the youngsters on Friday.

The 2002 graduate of Kodiak High drained eight 3-pointers and scored a game-high 30 points, but it wasn’t enough to rally Asian Groceries past the Hornets — the Kodiak High boys varsity — in a City League game at Kodiak High School.

Even though the Hornets won 77-68, Kilborn’s performance was the buzz after the game

“I got into a little rhythm there for a little bit, until I pulled my muscle,” Kilborn said.

Kilborn watched the game from the bench for chunks of time in the second half as he dealt with a calf injury.

Fortunately for Asian Groceries, he had already left his mark on the game.

Down 26-12 with 6:30 left in the first half, Kilborn inserted himself into the lineup and quickly heated up. In 2 minutes, the southpaw buried four consecutive 3-pointers that cut the Hornets’ lead to two points.

“I figured it couldn’t hurt to start throwing them up, because we weren’t making them anyways,” Kilborn said.

After that, the score stayed tight with Asian Groceries taking a 41-40 lead on a Louis Rocheleau 3-pointer four minutes into the second half.

Five minutes later, another Rocheleau long ball and an inside bucket from Elijah Hiner gave Groceries a 54-49 advantage.

The Hornets’ Shawn Case and Ian Rocheleau took over from there. In the final 10 minutes, the two outside shooters connected on six 3 pointers. Case’s last long ball put the Hornets up by 10 with 3:25 left.

Case finished with a team-high seven 3-pointers and 26 points. Jackson Krug added 15 points — 13 coming in the second half. Frankie Marcelo chipped in 14 points.

Louis Rocheleau and Hiner each ended with 12 points as Groceries lost for the second time to the Hornets this season.

“It was fun playing the varsity team,” Kilborn said. “I hadn’t done that in a couple of years.”

The Vultures — the Kodiak High boys junior varsity — erupted for 62 second-half points to cruise to an easy victory over Tacos 49.

“We are not going to like any of the things coming our way.”

The federally funded program has more than $200 million to provide, with $38 million allocated to Anchorage and the rest to be distributed across the state, Butcher said.

For first time, Alaska sees deflation across the state

Urban Alaska’s consumer price index showed a 1.1% decline in prices for 2020, according to the March edition of Alaska Economic Trends issued yesterday by the Alaska Department of Labor and Workforce Development.