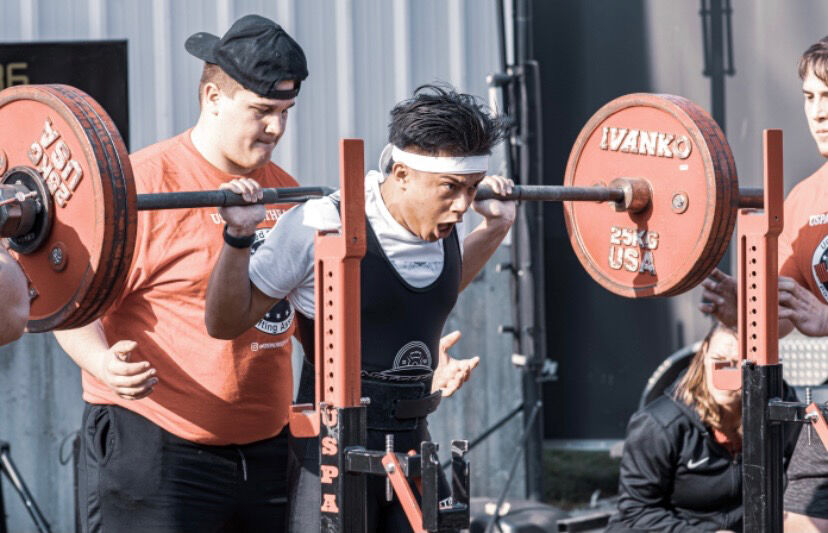 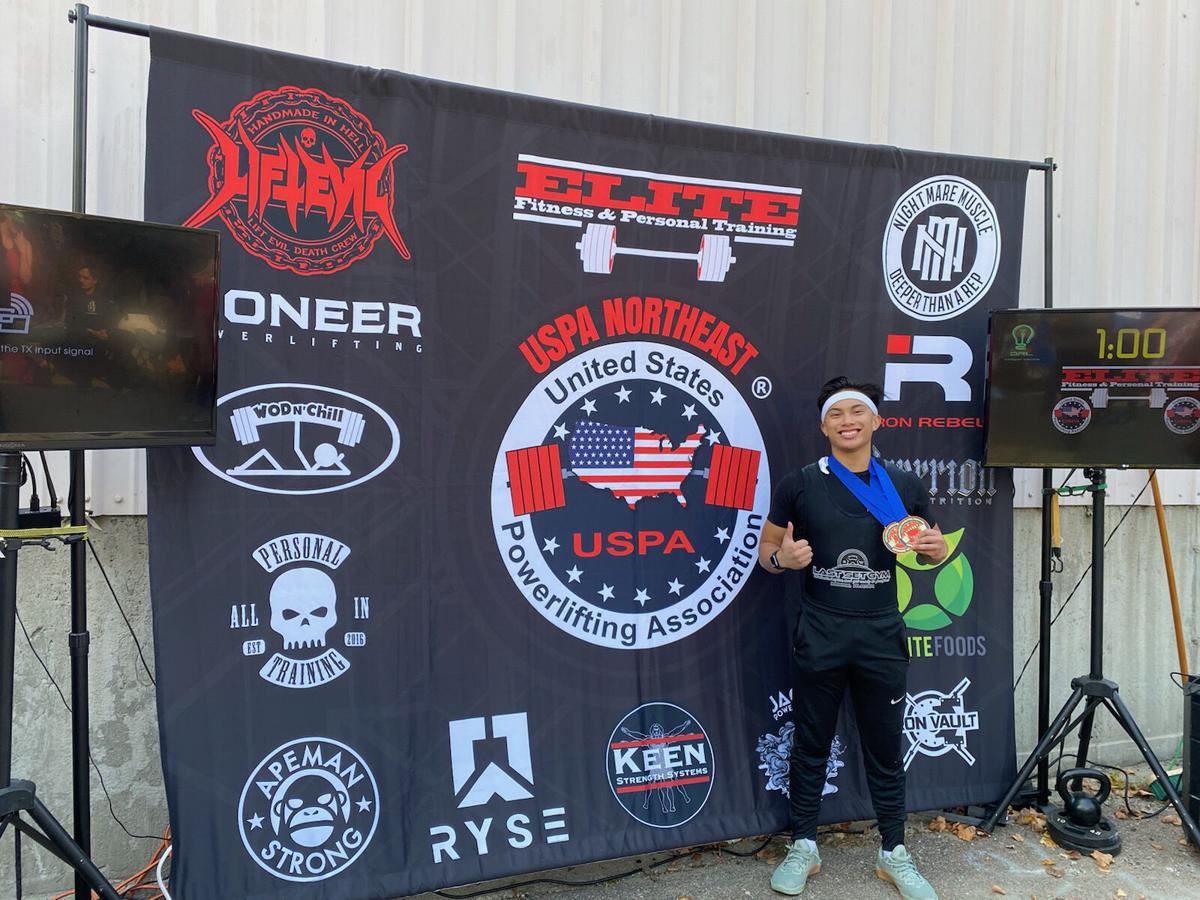 The last time Billy Alcaide was featured on the Kodiak Daily Mirror sports page was in 2016 when he helped the high school track team to a Division I state title.

“There were a lot of nerves, but I booked it at the end,” Alcaide told the Daily Mirror in 2016.

Alcaide left Kodiak after that and, with his speed, was hoping to continue running at Norwich University in Vermont, the oldest private military college in the United States.

That never happened as he soon discovered that Norwich’s track and field club was not what he was accustomed to in Kodiak.

“That fed me to looking for something else to be competitive in,” said Alcaide on Monday afternoon from Vermont.

So, he decided to lift heavy objects. And became good at it.

On Saturday in Williston, Vermont, Alcaide pushed his way to the best performance of his budding powerlifting career. He established one new meet personal-best and matched two others at the United States Powerlifting Association Vermont Fall Bash.

The 148-pounder deadlifted a personal-best 474 pounds, squatted 391 and benched 270. His performance qualified him for the 2021 USPA Drug Tested National Powerlifting meet.

Alcaide recently attended the 2020 national meet to coach and watch Joel Valdez, a 2015 graduate of KHS, win a 148-pound junior national title and finish runner-up in the open class.

“Seeing him at a national level was very humbling to see how far we have come with our numbers — a lot of training and hard work,” Alcaide said. “Being there for him and his big moment was a true blessing.”

When in Kodiak, Alcaide and Valdez train at Last Set Gym. It was at that gym, during the summer leading into his senior track season, that Alcaide got his first taste of weightlifting.

That foundation pushed him to pursue powerlifting years later.

“It shows that my body and my mind can keep pushing forward and getting stronger and stronger every year,” Alcaide said.

Alcaide said this was the most challenging meet he had to prepare for after spending months away from a gym due to COVID-19.

“I had a lot of momentum before COVID hit — I was really hurt by that physically,” Alcaide said.

Alcaide said he starts training for a powerlifting meet nine weeks before the event — the final two weeks, he incorporates single repetition lifts to his workload.

Out of the three lifts, Alcaide favors the squat. He is nine pounds away from reaching his goal of 400 pounds.

“I developed the form and technique early, so that was really prevalent in the growth through the years,” Alcaide said.

In May, Alcaide graduated from Norwich with a bachelor’s degree. He is now in graduate school at the same school, working towards an architectural master’s degree.

He hopes to remain in the Lower 48 for work, with the goal of returning to The Rock in a decade or two.