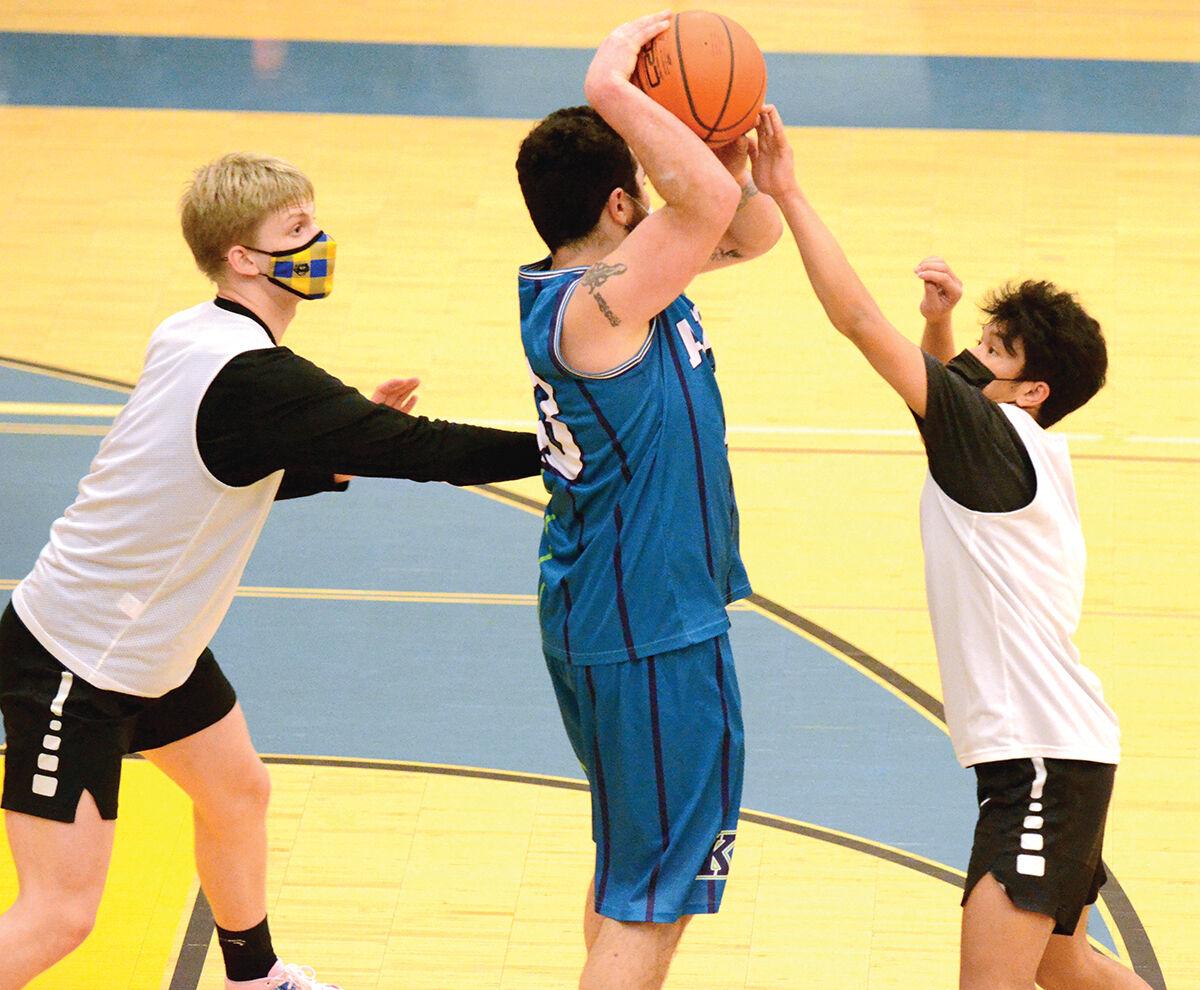 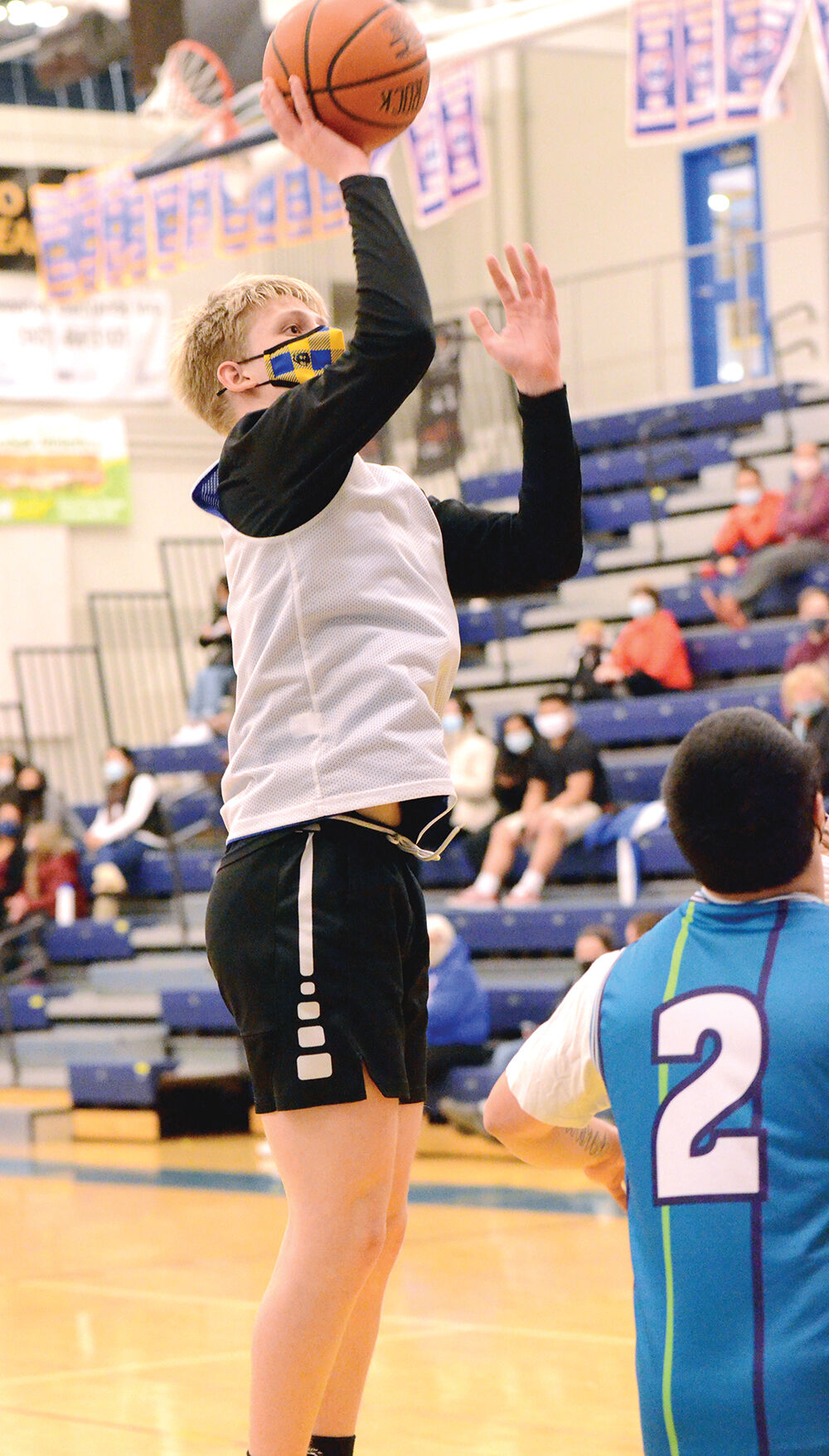 The Hornets’ Jackson Krug elevates for a shot during a City League Basketball game Friday at Kodiak High School. 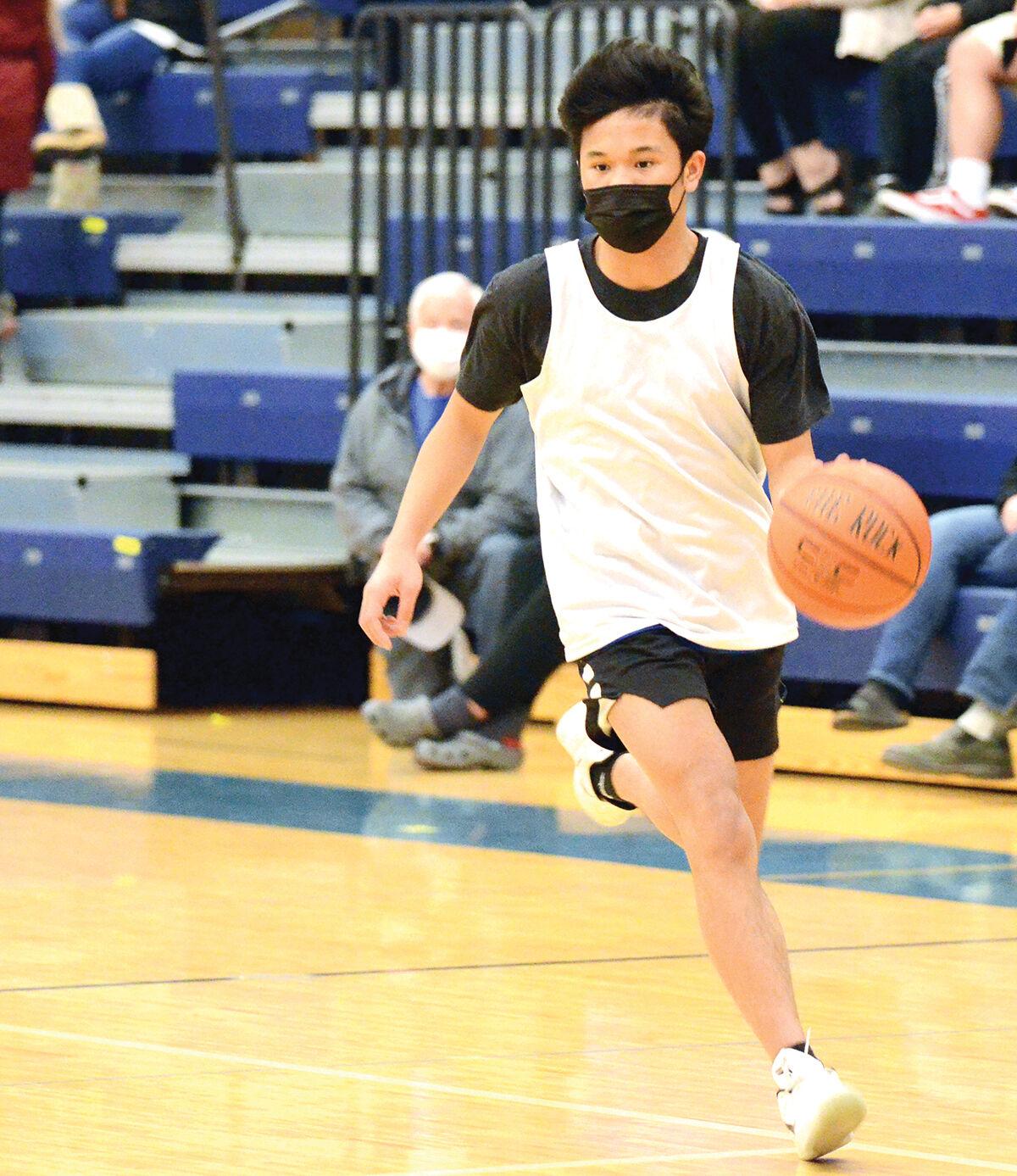 The Hornets’ John Ticman pushes the ball up the court during a City League Basketball game in February at Kodiak High School.

The Hornets’ Jackson Krug elevates for a shot during a City League Basketball game Friday at Kodiak High School.

The Hornets’ John Ticman pushes the ball up the court during a City League Basketball game in February at Kodiak High School.

In late January, the Hornets suffered their only loss of the City League basketball season, 70-69 to AZKAL.

Led by the 18 points of Jackson Krug, the Hornets pulled away in the second half for a 74-68 victory to improve to 5-1.

The Case brothers — Shawn and Connor — also reached double-figures. Shawn Case had 11, while younger brother Connor — coming off the bench for the first time this season — sprung for 10 points.

“Connor is better coming off the bench,” Kodiak coach David Anderson said. “He can watch the game for a bit and see what is going on. It makes a better player out of him.”

Anderson credited the second unit for supplying the energy when the first unit slogged through the opening 10 minutes and fell behind 8 points.

The second unit — paced by Connor Case and twins Brandon and Lyndon Dela Cruz — brought the Hornets to within three points of AZKAL at halftime.

“I put that second group in, and they played a little more aggressive,” Anderson said. “The first group was watching, and I think they said they needed to start playing when we go back out there.”

The Hornets pulled away halfway through the second half, going on a 20-9 run that pushed the lead to 11 points.

However, back-to-back 3-pointers by AZKAL’s Tony Will and a couple of errant passes trimmed the Hornets’ lead to 70-65 with 2:15 remaining in the game.

That was as close as AZKAL would get as the Hornets hit four free throws down the stretch to seal the victory.

“I thought we could have run away with the game, but we let them back in with a couple of throwaways and a couple of crazy shots. When we got the lead, I wanted them to bring it back out and slow the game down — just to take control of the offense,” Anderson said.

Will paced AZKAL with 16 points. Jon Sanchez chipped in 15 points, while Zach Keplinger had 13 points and Eric Stoecker 12 points.

All five of Kodiak High’s basketball teams will be participating in the City League Tournament that is slated to begin March 7.

“The kids are looking forward to it,” Anderson said. “If we get to travel for regions, we will be ready. There are some good games for us here.”

The Northern Lights Conference Championships begin March 18 at Colony High School. The school district is hoping that the Kodiak boys and girls will be able to travel to the Mat-Su Valley for the tournament.

Because of a district travel mandate, Kodiak basketball teams have strictly played a City League schedule so far.

School superintendent Larry LeDoux said on Friday that the district had explored ways for the team to travel but ultimately didn’t want to jeopardize a potential trip to the NLC tournament for its hoops teams if a player or coach contracted the virus.

“It is so dangerous right now — like what you saw in the Mat-Su — that we could end up quarantining and losing our chances at going to regions,” he said.

If Kodiak makes the tournament, Anderson feels his team — despite not playing a regular-season — should be the No. 2 seed behind Colony.

“I don’t know how they are going to do it (seeding), but we just need some advocating that we are that team,” Anderson said.

Jury trials on track to recommence with COVID-19 protocols

“We want to start getting the gears turning here in the criminal justice process for everybody,” Superior Court Judge Terrence P. Haas said. “From our perspective, it’s absolutely a concern that cases get rolling.”