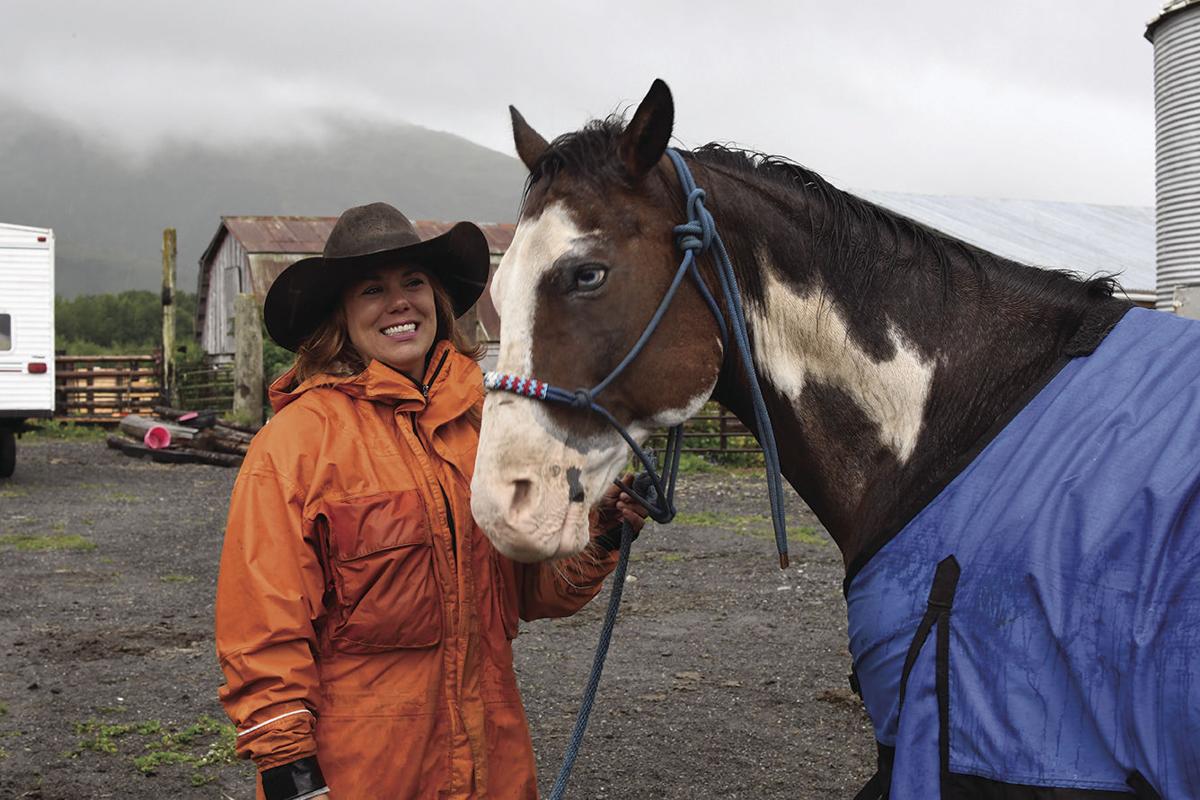 Jillyan Hendrickson, of Palmer, stands in the rain with her horse Skittles after the second day of the Kodiak Cattleman’s Rodeo is canceled due to poor weather. 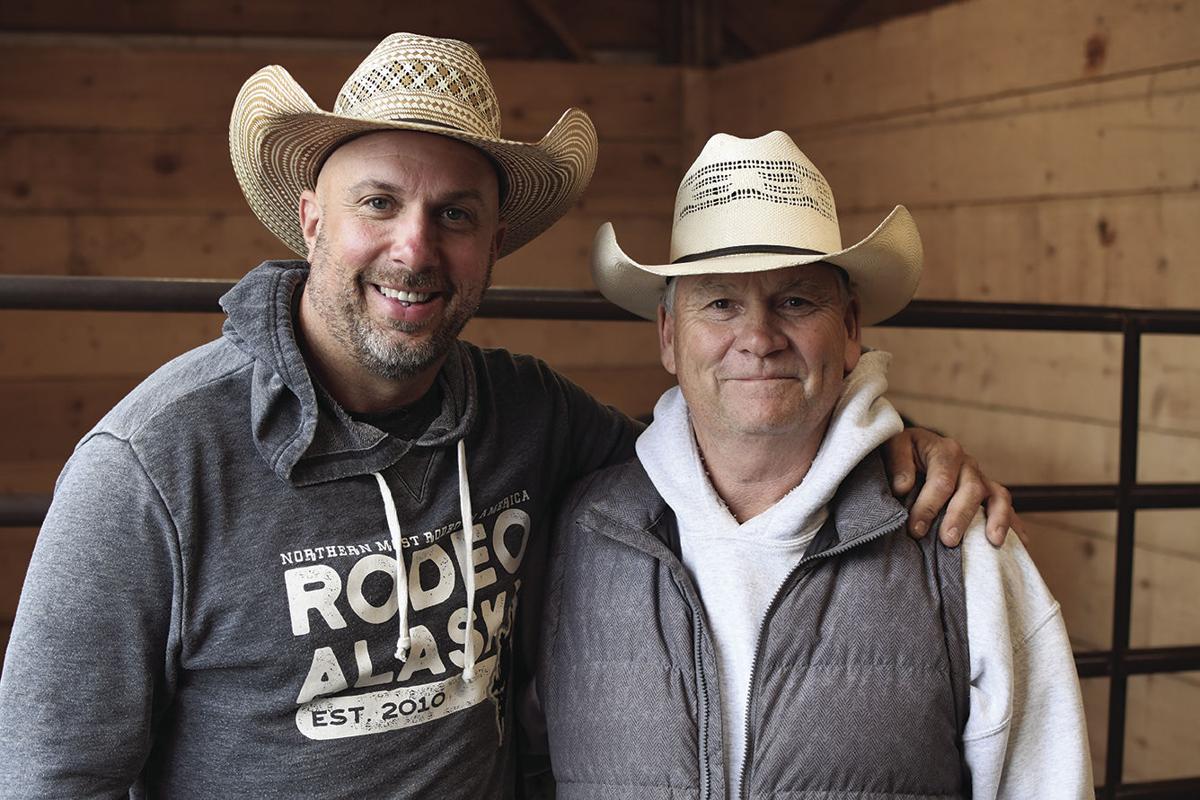 Frank Koloski, left, the owner and promoter for Rodeo Alaska, stands Sunday with Billy Rutherford, who took the All Around Cowboy honors at the Kodiak Cattleman’s Rodeo at Northland Ranch in Kalsin Bay.

Jillyan Hendrickson, of Palmer, stands in the rain with her horse Skittles after the second day of the Kodiak Cattleman’s Rodeo is canceled due to poor weather.

Frank Koloski, left, the owner and promoter for Rodeo Alaska, stands Sunday with Billy Rutherford, who took the All Around Cowboy honors at the Kodiak Cattleman’s Rodeo at Northland Ranch in Kalsin Bay.

KODIAK — A light mist that turned into steady rain Sunday washed out the second day of the Kodiak Cattleman’s Rodeo at Northland Ranch in Kalsin Bay. Though Sunday was too dangerous for the horses to be out competing, Saturday saw more than 700 people take part in the rodeo festivities, according to Frank Koloski, the owner and promoter for Rodeo Alaska. Though Koloski is heavily involved in organizing the annual Kodiak Rodeo and State Fair, he was on island over the weekend as a contestant in the Kodiak Cattleman’s Rodeo.

The first Kodiak Cattleman’s Rodeo, which was billed as an annual event, was put on by Northland Ranch, Pasagshak Ranch and Kodiak Baptist Mission Heritage Farms.

“Since the rodeo in Kodiak first started in Kalsin Bay, we always wanted to do one out there,” Bonnie Stratman, whose family runs Northland Ranch, told the Kodiak Daily Mirror ahead of the event. “The idea was to bring back the Kalsin Bay rodeo.”

And so, the rodeo returned.

“Riding was really good. Team roping went really well. The barrel racing was really exciting,” Koloski said of the contests Saturday. “I think the mounted shooting that went on earlier in the day, was really, really cool and there was a great response to that. And, of course, all the kids stuff going on out here really just made for a great community event.”

With the rodeo grounds slick with rain and mud Sunday, Palmer resident Jillyan Hendrickson stood in the light drizzle next to her horse Skittles and explained that she was grateful that organizers didn’t push forward and risk injuring any of the horses, especially because it was in middle of Alaska’s rodeo season.

Hendrickson had a stellar performance on Saturday, topping the charts in barrels and pole bending, while taking second in team roping and breakaway roping.

The performances were enough to keep her in the money as she walked away with the All Around Cowgirl honors. Taking the top overall spot for men was Billy Rutherford, who took second in team roping with Hendrickson and bagged first in ribbon roping.

The next major rodeo event in the Last Frontier will be the northernmost rodeo in America at the Tanana Valley State Fair on Aug. 4-5.

Of course, the season isn’t over for Kodiak cowboys, cowgirls and enthusiasts, as there is still the 50th Kodiak Rodeo and State Fair to enjoy during the Labor Day weekend this September.

“I think, overall, the fair is striving to bring the community closer and get more people involved. My particular goal is to get as many kids involved as possible,” Koloski said. “Less apps, more chaps — that’s my motto.”

Wilson made the announcement Friday afternoon during a House floor session, noting she will be taking a position with the Office of Children's Services as a policy adviser for Department of Health and Social Services Commissioner Adam Crum.

The vetoes, which took funding away from the Alaska ferry system and the state's school bond debt reimbursement program last summer, required a three-fourths vote of the Legislature to override, a 45-vote threshold that lawmakers were unable to achieve.