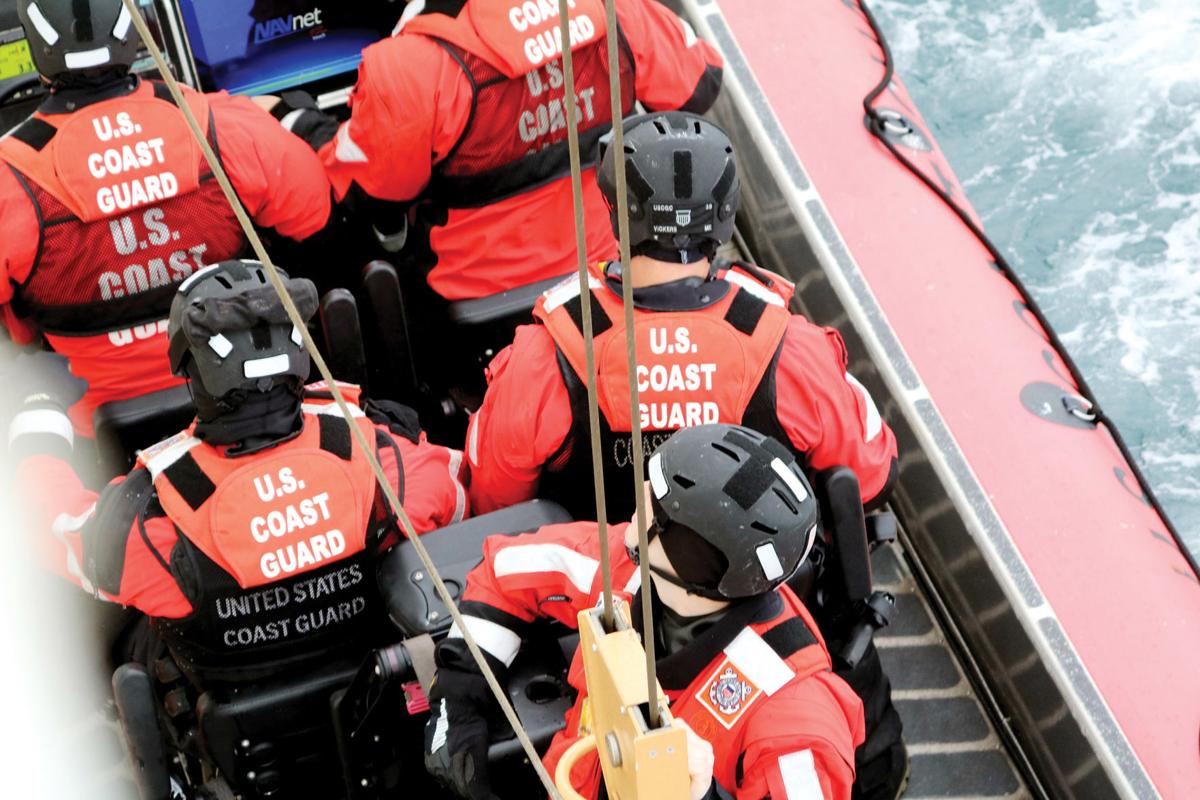 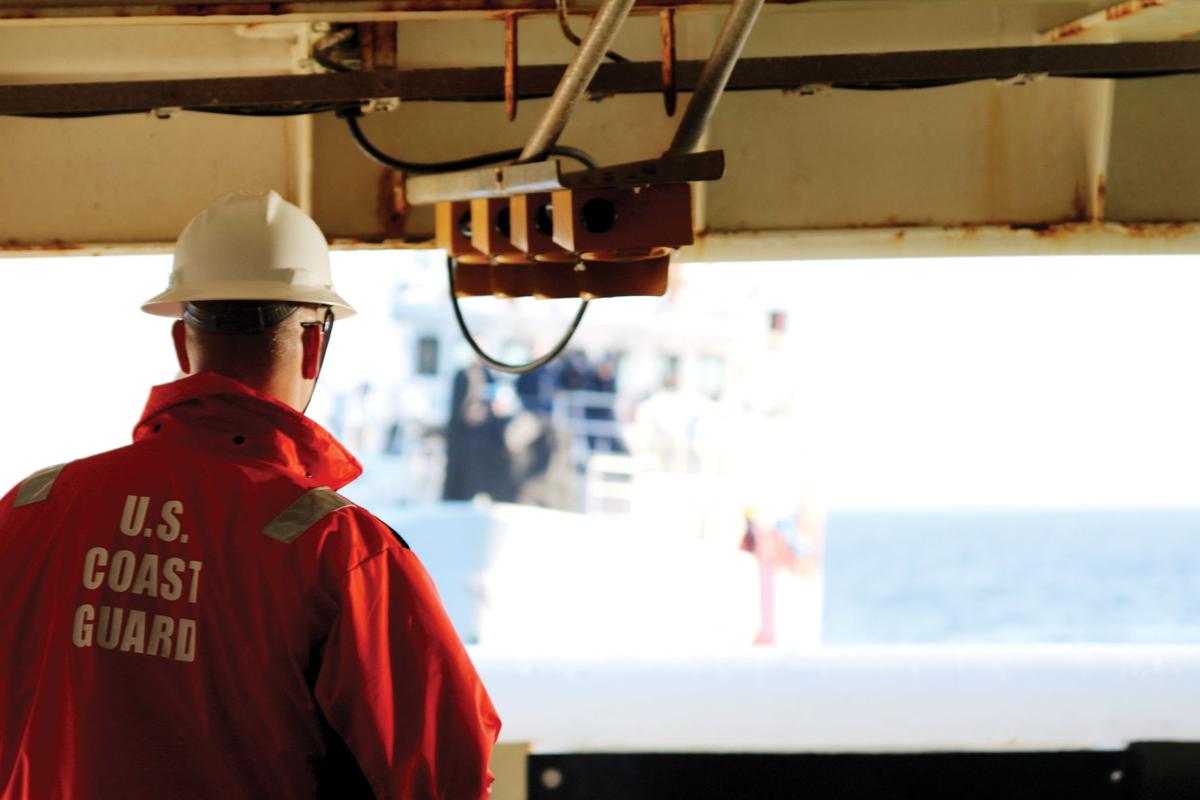 A safety observer watches over the tow line during a seamanship assessment for the Tailored Ships Training Availability in San Diego, California.

A safety observer watches over the tow line during a seamanship assessment for the Tailored Ships Training Availability in San Diego, California.

The U.S. Coast Guard cutter Alex Haley returned to Kodiak on May 8 after a 97-day deployment throughout the Pacific Ocean, Gulf of Alaska and Bering Sea.

Also known as the “Bulldog of the Bering,” the cutter departed from Kodiak in February heading to San Diego for readiness assessment training.

During the training’s drills, which played out realistic scenarios, Alex Haley crew members averaged 98% “across all readiness areas and earned the prestigious ‘Battle ‘E’ award,” according to a Coast Guard press release.

After completing the training in March, the Alex Haley returned to the Bering Sea, conducting domestic fisheries enforcement boardings while patrolling the United States-Russian Maritime Boundary Line. While out at sea, Alex Haley also conducted three search and rescue operations.

“This deployment encompassed a significant amount of time away from home, and was complicated by the ongoing COVID-19 pandemic. Despite the extraordinary external pressures they faced while away from their families, Alex Haley crew members diligently executed their duties,” said Benjamin Golightly, commanding officer of the Alex Haley.

“The need for a vigilant law enforcement and search and rescue presence in the Bering Sea does not diminish because our nation is facing a crisis.”

Although deployments vary in duration and number from year to year, the Alex Haley cutter averages two deployments a year.

The Alex Haley is a 282-foot Medium Endurance Cutter that has been homeported in Kodiak since 1999. The cutter is able to operate in extreme weather conditions, allowing it to conduct search and rescue missions, fisheries law enforcement and vessel safety inspections  across Alaska.

While troopers were responding, they were advised that a second 911 caller said a man was at a neighbor’s house with a gun and people were screaming, according to a news release on the trooper website.