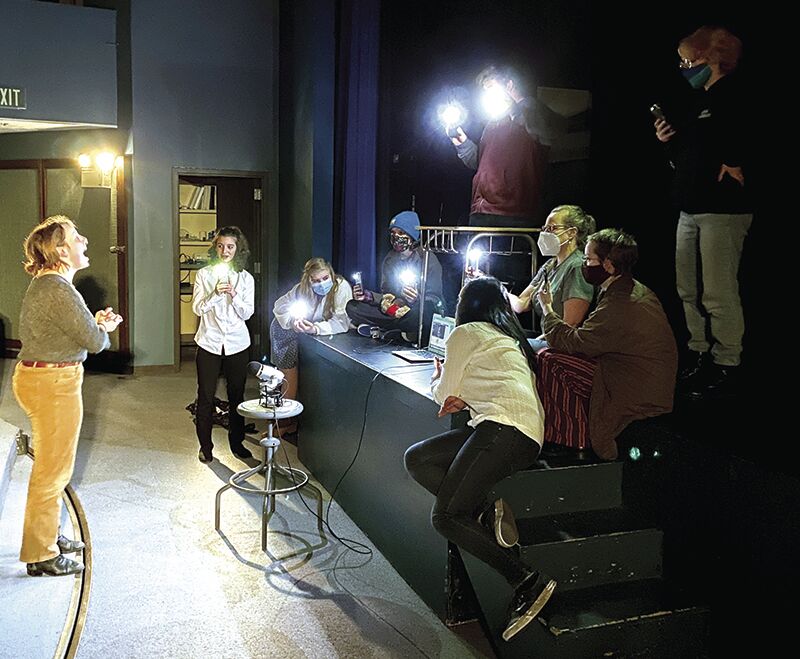 Senior Alli Hartt prepares to perform on Feb. 11 during the blackout while her teammates shine their phone lights on her. 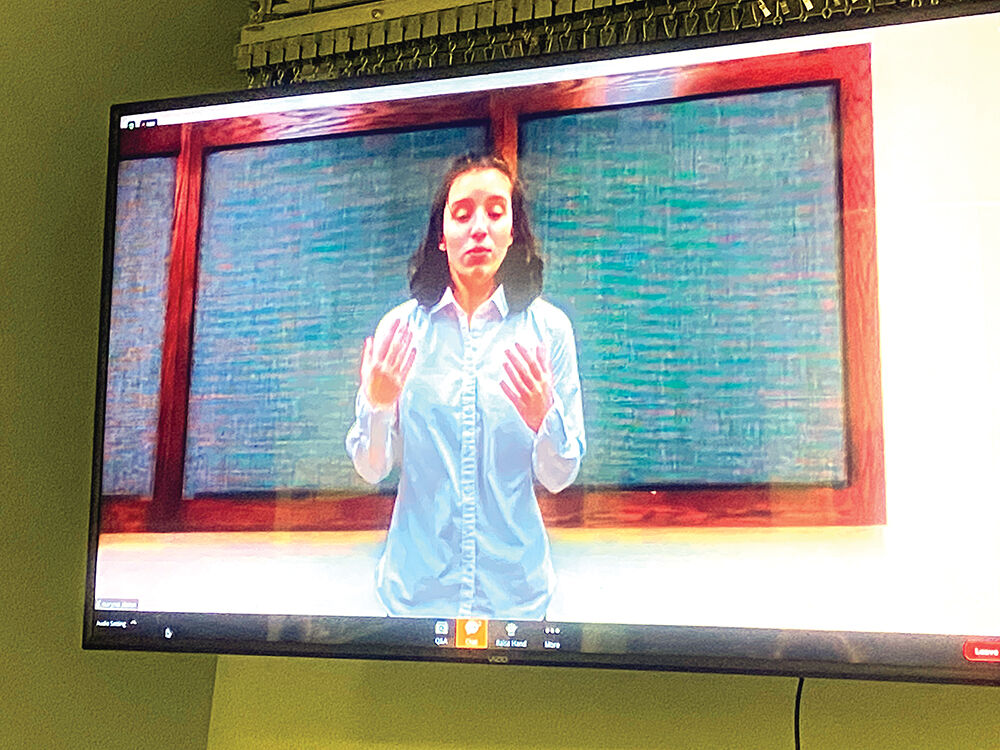 Senior Maryssa Abston performs her Solo Acting piece “Death in the Time of Corona” for an audience across the state.

Senior Alli Hartt prepares to perform on Feb. 11 during the blackout while her teammates shine their phone lights on her.

Senior Maryssa Abston performs her Solo Acting piece “Death in the Time of Corona” for an audience across the state.

The first night of the Kodiak High School Shakesbears’ participation in the state Drama, Debate and Forensics championships didn’t exactly go as planned.

The drama team was competing virtually, performing in front of a screen for judges and other teams scattered all around the state last Thursday night.

Then the power went out all over town.

“It was like, ‘Oh gosh, the worst possible thing that could possibly happen just happened,’” head coach Jared Griffin said.

Thankfully, he said, the wifi at the school kicked back into gear. But the lights did not, leaving several performers to act by the light of their teammates' cell phone flashlights.

Complicating matters even further was that Griffin also had to go to hospital with a kidney stone.

But it didn’t matter much. The Shakesbears still placed first in the Drama category, only the third school in Alaska history to win back-to-back drama titles at the competition. The team has, in the past, won another Drama championship and a Forensics title, another team category.

More than 30 other schools competed in the championships, which were held from Feb. 11 to 13.

“I’m super proud of the team. That they were able to defend their state title is pretty cool. That hasn’t happened a lot,” Griffin said.

“For them to be repeat champions is a big deal.”

Abston reached the national qualifiers in Dramatic Interpretation and Birbilas and Hartt did the same in Duo Interpretation. Simpler qualified as a first alternate. Abston also won in Command Performance Selection.

The Shakesbears entered five events and competed in the finals in each event, sending more actors to the finals than any other school in those events.

New members of the Shakesbears team also performed well. Freshman Garrett Pittman received rave reviews from judges for his depiction of Thor in a Reader’s Theatre piece, and sophomore Mary Grace Enriquez qualified for the finals in Solo Acting, a rarity for a first-time competitor.

Abston, Hartt and Birbilas will all go on to compete in the national competition this summer. Griffin said the team will put on a tune-up show for the Kodiak community in the late spring.

Family of Michael Bradner recalls his service to the state, love of Interior Alaska

Bradner came to Fairbanks in 1956 to work on the Yutana Barge lines and kept working on boats for many years. Heidi said that after those trips, he would always speak about how much he cared about the communities along the rivers.

They're using online posts to contact families and demand a ransom. It's all a scam, state troopers say.