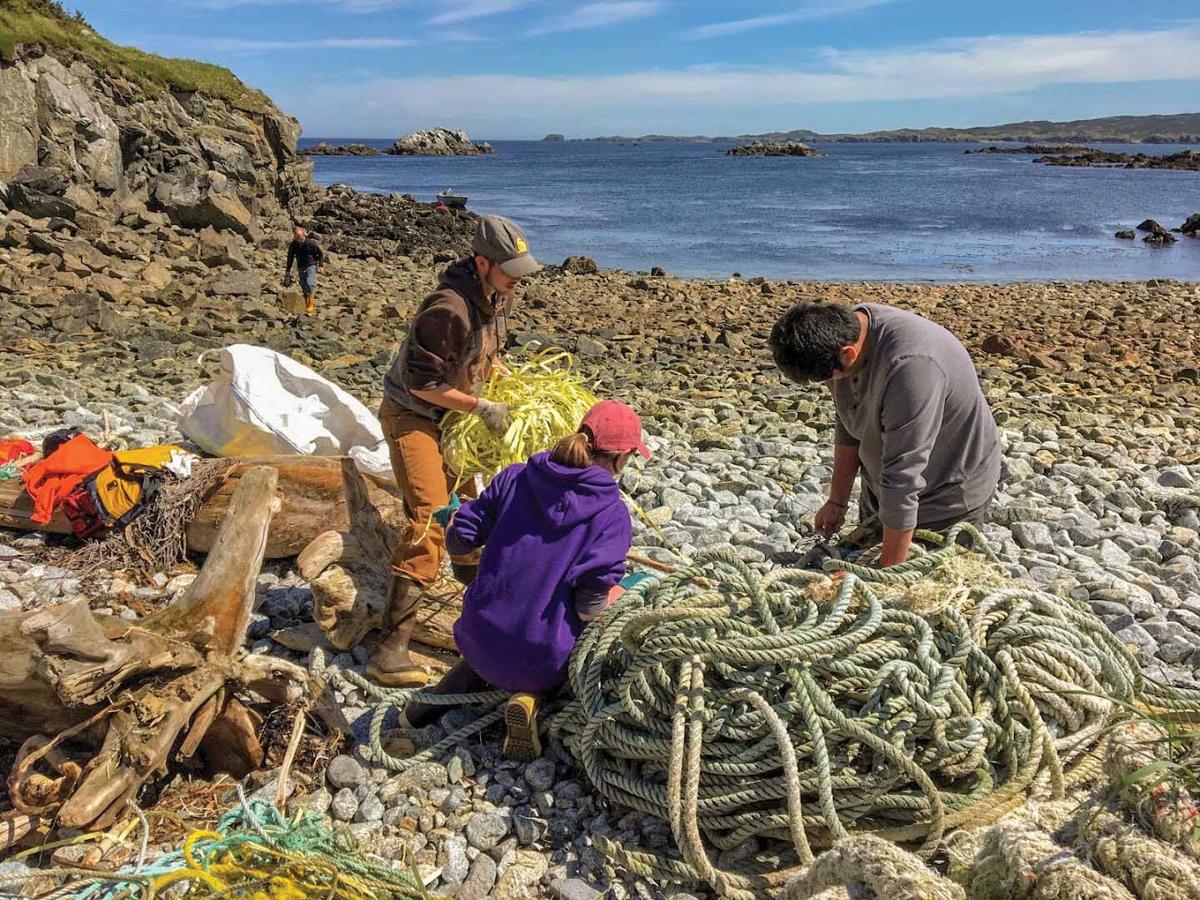 Volunteers for Island Trails Network pick up marine debris from a Kodiak beach in 2019. 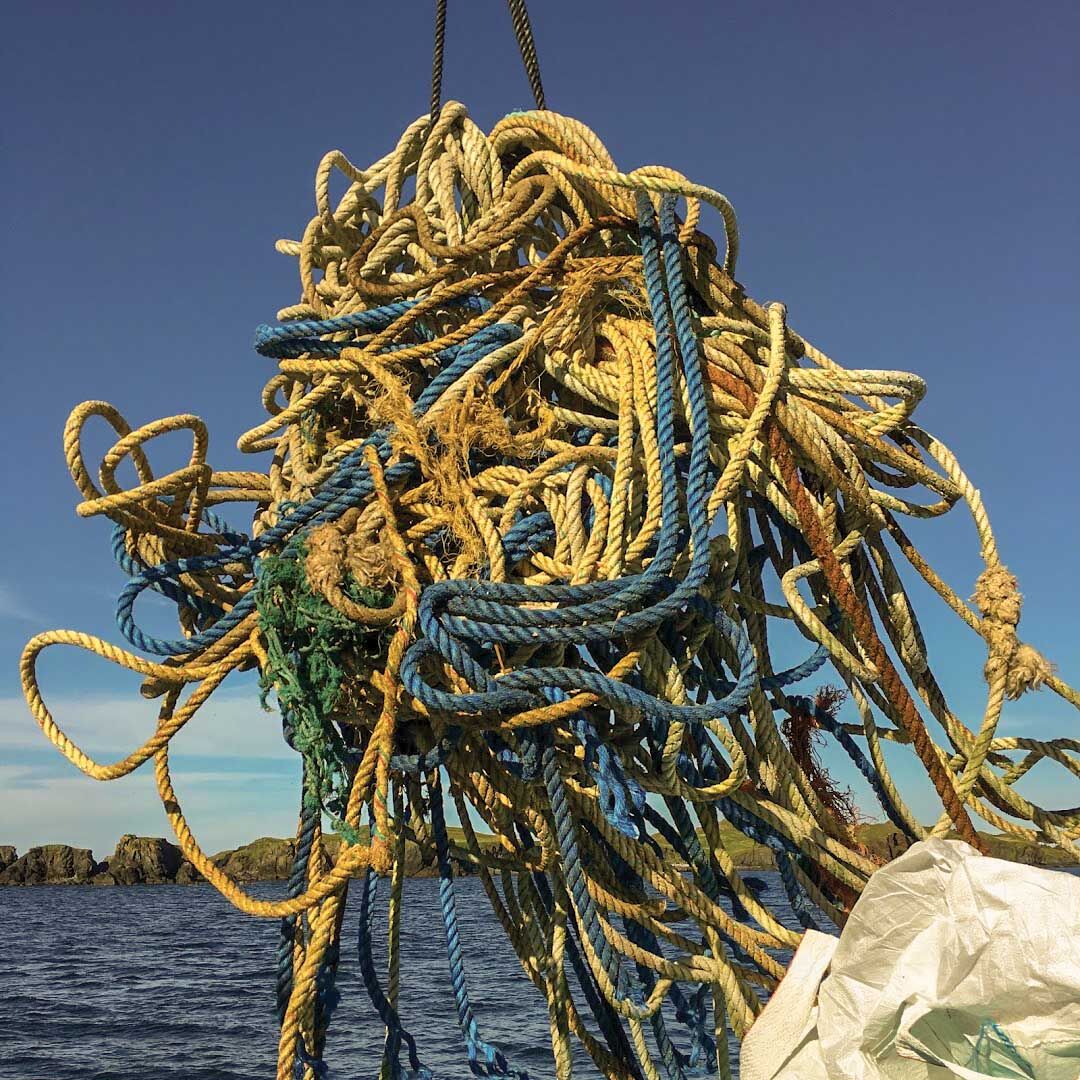 Marine debris that Island Trails Network collected from a Kodiak beach in 2019.

Volunteers for Island Trails Network pick up marine debris from a Kodiak beach in 2019.

Marine debris that Island Trails Network collected from a Kodiak beach in 2019.

The Island Trails Network will lead three multi-day expeditions throughout September to remove marine debris from the beaches of Afognak Island.

“There’s endless amounts to clean up,” said Hana Reyes, who coordinates the expeditions. “The issue is there is so much of it, it keeps ending up in the oceans.”

Last year, the group removed nearly 15,000 pounds of marine debris in Izhuit Bay with the help of volunteers.

From 2008 to 2013, Island Trails Network partnered with the Alaska Marine Stewardship Foundation, conducting 14 cleanups and removing 21 tons, or 42,000 pounds, of marine debris.

Reyes described “marine debris” as anything human-made that ends up in the marine environment that is not meant to be there naturally.

According to the National Oceanic and Atmospheric Administration, much of the debris comes from storm drains and sewers, as well as from shoreline and recreational activity.

The debris also includes abandoned or discarded fishing gear, which can entangle, injure and drown marine wildlife. Abandoned fishing gear also poses issues for boats that might become entangled with the gear.

Island Trails Network is looking for volunteers to join three five-day excursions from Sep. 14 to Sep. 28. The third expedition from Sept. 24 to 28 will depend on the availability of volunteers.

The project is funded by grants from the National Fish and Wildlife Foundation and the NOAA Marine Debris Program.

Volunteers will work about eight hours a day and will get breakfast, lunch and dinner. The participants will have the evenings free. On the last day,  the group will return to Kodiak and unload the debris before the next expedition, which will begin the following day.

Reyes said the expeditions raise awareness among volunteers, noting that “they see first-hand how the laundry bottles they use end up on the coastline of a beach and that they need to pick up.”

She added that change starts with the individual, which eventually leads to community action. This can, in turn, result in changes at the state and federal levels.

What surprised Reyes and the volunteers on previous expeditions was the volume of marine debris in areas with minimal human activity.

“Hardly anyone lives in Afognak and other parts of Kodiak. Still, there’s traces of human activity even without humans being there,” she said.

Reyes said that even if people cannot participate in the marine debris removal excursions, they can still take action in their daily lives by avoiding single-use plastics and remembering the four R’s: Refusal, Reuse, Reduce, Recycle.

“Their actions do matter and their choices do matter,” she said. “I believe that we can make a cleaner Kodiak, a cleaner world by doing these types of things and talking about the issue with other people.”

Despite continuous and successful efforts to remove debris from the beaches in the Kodiak Island Archipelago, the return rate of plastic pollutants on the shores continues to be a concern.

The nonprofit Island Trail Network is working to develop projects and raise funds for further clean-up and removal, while also raising awareness about the issue.

The mission of the network, founded in 2006, is to develop, maintain and promote sustainable trails, waterways, shorelines and access to those resources throughout the Kodiak Archipelago through action, advocacy and education.

All in-person extracurricular activities, including sports, are suspended until the Denali Borough returns to medium or low risk.