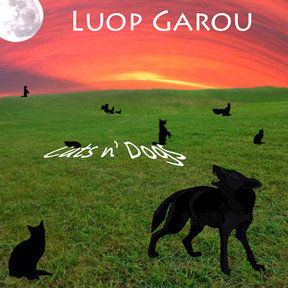 Luop Garou's artwork for the album they are working on. (Courtesy Keegan Keiplinger) 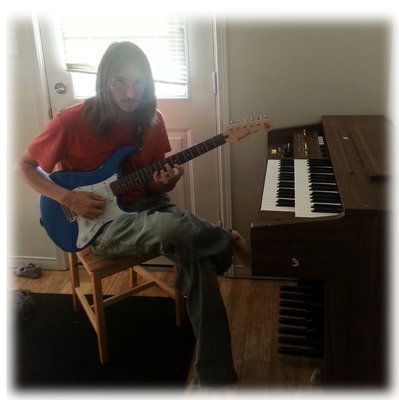 Luop Garou's artwork for the album they are working on. (Courtesy Keegan Keiplinger)

A theoretical neuroscientist, a husband and father, and a musician in a psychedelic band. That’s former Kodiakan Keegan Keplinger, 33, who is part of the band Luop Garou that is currently competing for a record deal with Sony Music UK.

Keplinger grew up in Kodiak, as part of a commercially fishing family. He spent a couple summers fishing, but then decided academia was more his speed.

He attended the University of Alaska Fairbanks for his undergraduate degree in physics, and eventually got interested in neuroscience.

He got married, and has two daughters, 2 and 4.

He’s now pursuing a Ph.D. in theoretical neuroscience, and has about two and a half years left in the program.

On the side, Keplinger plays music. After moving to Waterloo, Ontario for his Ph.D. program, he looked up bands looking for musicians on Kijiji, a Canadian classifieds website similar to Craigslist.

He found Luop Garou, which was looking for a keyboardist and joined up. He’s now the lead guitarist as well.

There are five members who come from a variety of backgrounds including jazz, rock and blues, and metal, which leads to music that spans a pretty wide range of genres.

“One of the advantages of calling yourself psychedelic is that you really can do any genre and then add some effects to it and call it psychedelic,” Keplinger said. “We have some very punk-sounding stuff and some more classic grunge rock stuff, but we throw all the little flourishes in that you’d see in psychedelic music like phasers and echoes and synth and stuff like that.”

Keplinger originally joined the band to do improvisational music and just to jam with. However, they acquired recording equipment and recorded a couple songs and are now working on an album.

They entered one of their songs, “Cats n’ Dogs,” into a contest for a recording deal with Sony Music UK.

There are two different prizes. One is a popularity contest where the band or artist with the most votes will get $2,000 and promotion by Sony. The other is a judged contest with a recording contract as the prize.

Keplinger doesn’t expect Luop Garou to win, but they are doing pretty well votes-wise so far. Currently, they’re around number twenty or thirty out of several hundred in the contest, Keplinger said.

“There’s lots of hip-hop and dance music ahead of us,” Keplinger said. “It’s certainly going to be more popular than our style. I don’t know how the judges will perceive us because it’s kind of different. Psychedelic music isn’t so mainstream anymore.”

Keplinger does have two big fans, his daughters.

“The song that we submitted to Sony, they can’t get enough of it. They want to hear it all the time,” Keplinger said.

Eventually, Keplinger would like to move back to Alaska. “It all kind of depends on where the careers are,” Keplinger said. “I do miss the homeland.”

Moving back to Kodiak is even a possibility, although probably after he’s pursued a career. “Kodiak would be a good place to retire, I’ve always told myself.”

"Without his vision and the visionary idea of what indigenous arts in Alaska could look like, we wouldn't be here now," said UAF Associate Art Professor Da-ka-xeen Mehner, the current director of the Native Art Center and chairman of the art department.

“The primary mission of it is to have an extra blanket or an extra resource for the dogs that have been dropped along the route,” Pomeroy said.