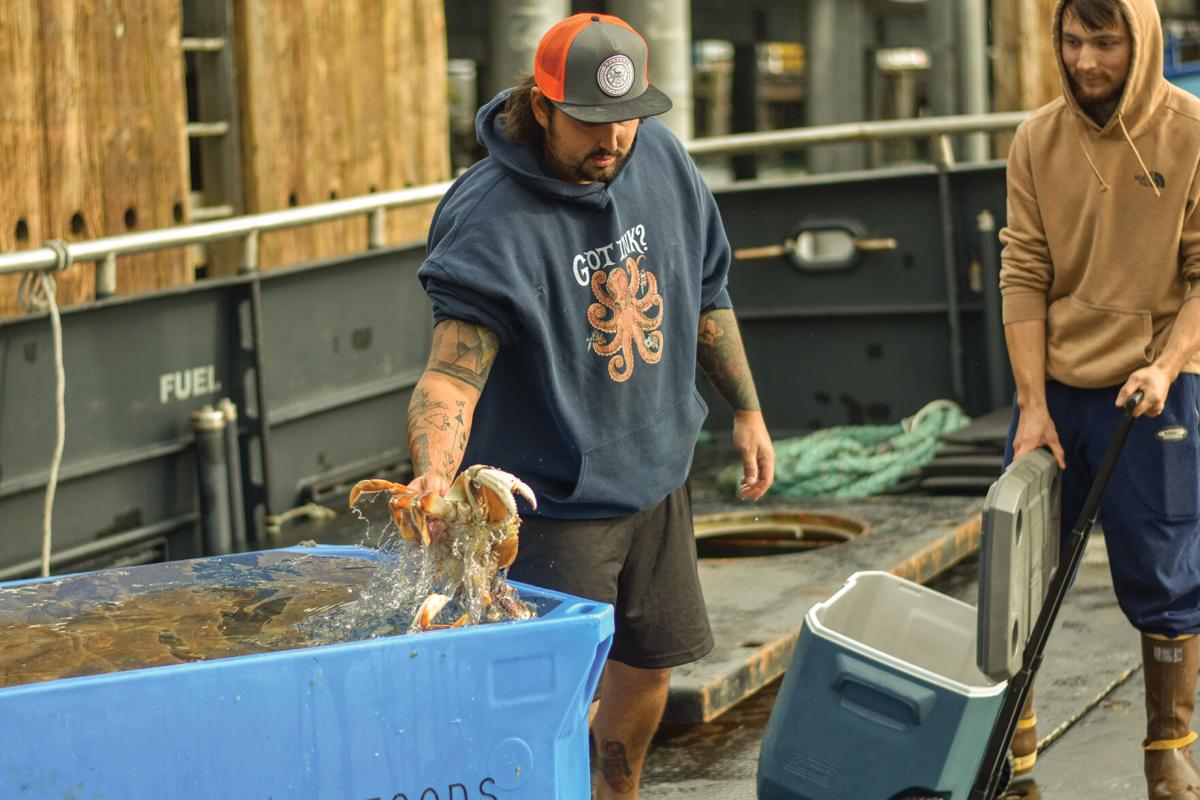 Fishermen Dylan Kavanaugh (left) and Alan “Bobo” Floyd (right) from the F/V Insatiable sell Dungeness crab at Pier 2 while waiting to unload 60,000 pounds of crab at a nearby seafood processing plant. 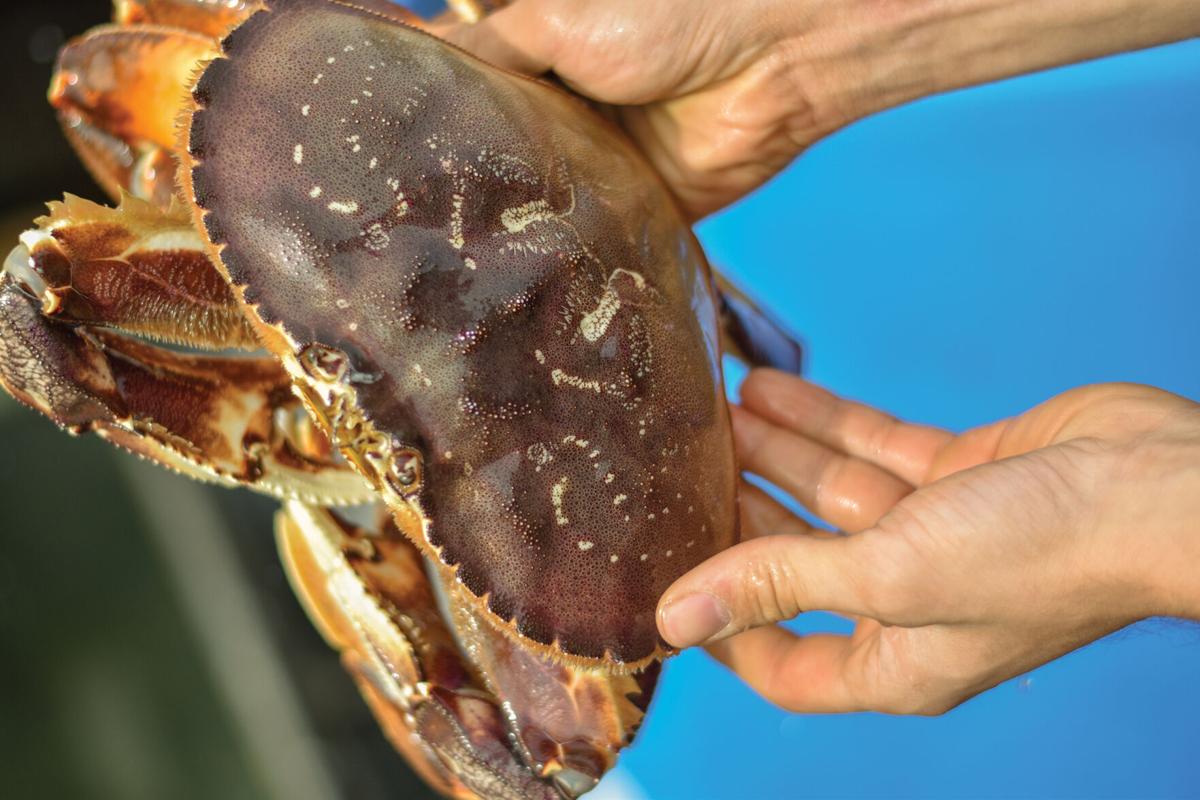 Fishermen Dylan Kavanaugh (left) and Alan “Bobo” Floyd (right) from the F/V Insatiable sell Dungeness crab at Pier 2 while waiting to unload 60,000 pounds of crab at a nearby seafood processing plant.

Kodiak is on its way to having its biggest Dungeness crab season in 30 years, due at least in part to increased participation, according to the Alaska Department of Fish and Game.

Harvest data shows that Kodiak fishermen have harvested 2.3 million pounds of Dungeness crab so far this year, beating last year’s harvest of 1.5 million pounds. The season, which started earlier this summer, will close on Oct. 31.

Fish and Game biologist Nathaniel Nichole mostly attributed the high harvest to an increase in participation rather than “good fishing.”

This year’s catch has averaged about five crab per pot, compared to nine per pot last year.

“It’s not that fishing has been particularly hot,” Nichols said. “We are getting this year's harvest with sheer volume of effort.”

He said 25 vessels have participated in the harvest so far this year, compared to about 16 last year. The successful 2019 harvest has led to a dramatic increase in effort this year, he added.

Dungeness crab harvests are cyclical in nature, Nichols said, noting that a decade ago the harvests surpassed 1 million pounds. From 2008 to 2010, harvests hovered right around 1 million, but were much smaller in the two years leading up to 2008, amounting to only 148,583 pounds in 2006.

Since 2013, the harvests have been increasing incrementally.

Nichols said he could only speculate what fishing might be like next year or the year after, but the size of the crab can potentially give insight into how productive the following year’s harvest could be.

This year’s average crab weight is 2.3 pounds, which is considered large. Dungeness crab range in size from 1.9 to 2.3 pounds, which means that legal-size small crab are not coming in behind the large crab, or “backfilling” the population, Nichols said.

Garrett Kavanaugh, the captain of the F/V Insatiable, typically fishes in Adak, but with last year’s good Dungeness season, the Kodiak-based boat is fishing the island’s waters for crab this year.

“Historically in Kodiak, every about 8 to 10 years it’s good for three years,” said Kavanaugh. “This is the third year. If it follows that trend, next year is going to fall on its face but we are hoping that it lasts.”

He said the decrease in cod numbers this year — which led to the closure of the federal Pacific cod fishery and a decreased harvest quota in state waters — along with warming ocean temperatures indicated that the ocean’s ecosystem is changing.

“It seems like Tanner (crab) is coming back in Kodiak, cod is going down and the cod eat the crab, so with less cod maybe the crab will bounce back,” Kavanaugh said.

This year’s big Dungeness crab season is not unique to Kodiak, with successful harvests also reported near the Alaska Peninsula and Southeast Alaska.

“Something in the gulf right now is favoring dungies, not just Kodiak,” Nichols said.

“I was thinking we, the Fire Department, would have to wait for daybreak to make a rescue effort, and that could well be too late," said Lt. David Poppe, a medic with the Nenana Fire Department.