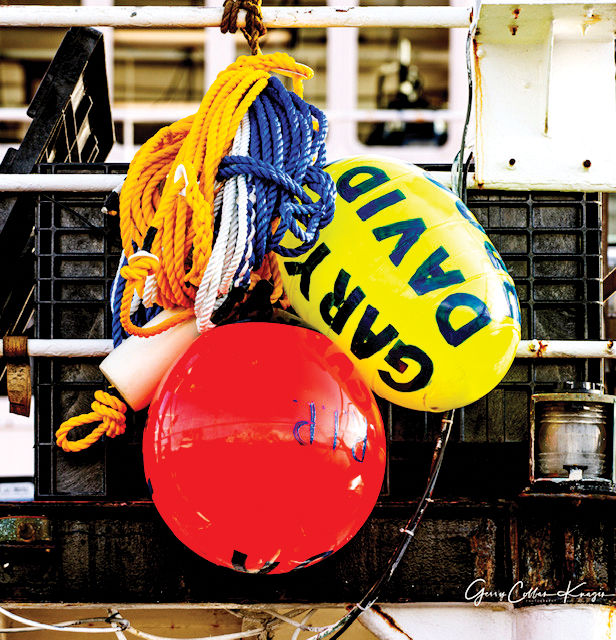 Buoys with the names of two of F/V Scandies Rose’s missing crew members. 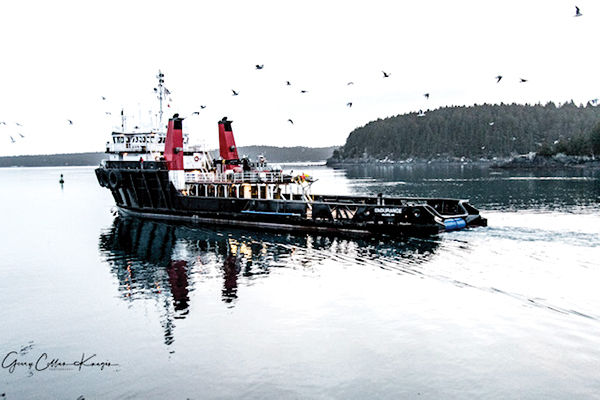 Buoys with the names of two of F/V Scandies Rose’s missing crew members.

A longtime Kodiak fishing family is still looking for answers about why the F/V Scandies Rose sank near Sutwik Island on New Year’s Eve. The accident left two survivors and five missing crewmen.

Matteson Inc., the owner of the sunken vessel, contracted with the F/V Endurance to sail out Sunday morning to deploy sonar equipment to find the Scandies Rose.

“They will be looking to see if they can find the Scandies and do a bunch of scans of her,” said Gerry Cobban Knagin, one of the family members of the boat’s co-owner, Gary Jr. Cobban, and Gary’s son David Cobban, both of whom were among the missing crew members.

“The data is going to go to the (Coast Guard) Marine Board of Investigation. The insurance company wants the data. They want to be able to look at the vessel.”

In addition to the sonar equipment, the boat will have divers onboard and a remotely operated vehicle, about the size of a medium suitcase and equipped with 256 lenses, to take pictures of the ship.

Once the data is collected, it will be compiled to create 3D images of the vessel.

The F/V Endurance will also mark the spot of the sinking by placing yellow and red buoys painted with the names of the missing crewmen. The buoys will be set up like Gary Jr. would have set his crab pots, Cobban Knagin said.

From recordings of the mayday call that Gary Jr. sent out the night of the sinking, and from coordinates gathered from another fishing vessel’s sonar equipment, the Cobban family have what they think are the coordinates of the sunken boat.

The mayday call “was pretty intense,” Cobban Knagin said. In the recording, Gary Jr. frantically called mayday and gave his location, saying that the boat was located “off a foggy cape.” He said there were seven crew members on board. His frantic cry for help was followed by silence.

“The Coast Guard called them back and they didn’t answer because by that time (the boat) sunk,” she said.

The F/V New Venture, also previously co-owned by Gary Jr., located what they believe to be the Scandies with their Furuno sounder, a typical sonar tool fishermen use to locate fish and rocks.

“I hope that we can see something,” Cobban Knagin said, adding that she disagrees with online speculation that the cause of the sinking was the weight of ice forming on the boat.

“I believe there was some icing, but if there would be that much icing, my brother would have the crew knock it off, or he would have thrown the pots overboard,” she said. “It doesn't add up.”

With divers onboard the F/V Endurance, along with high-tech equipment, Cobban Knagin wondered why the insurance company did not conduct body retrieval for the five disappeared crew members.

With a presumption-of-death hearing occurring in May to declare Gary Jr. and David dead, Knagin Cobban and the family wait in limbo and are unable to get their finances in order without a death certificate.

In the meantime, Gerry said the money raised by community members to help the families of the Scandies Rose crew has helped her pay for Gary Jr.’s bills. For each crew member, $6,700 was distributed to their families, Cobban Knagin said.

Another major bank comes out against ANWR development

The largest bank in the United States announced this week it will not fund oil exploration or development in Alaska's Arctic National Wildlife Refuge, sparking criticism from Alaska's congressional members and oil industry and celebration from a collection of state environmental groups.

On Tuesday, a collection of buildings at Fort Wainwright that are used as a “mock village” for training had been converted into a town center for a search and extraction scenario.

The oil and gas exploration and production company is on track to buy BP Alaska’s share of the Milne Point oil field, Point Thomson gas field and Prudhoe Bay, the largest oil field in North America, in a $5.6 billion deal pending regulatory approval.