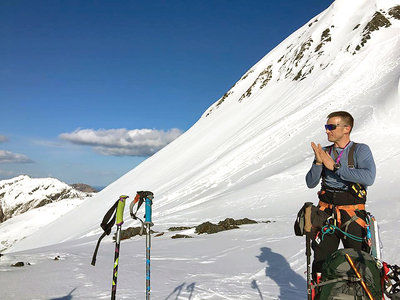 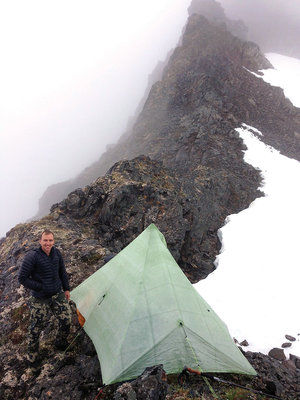 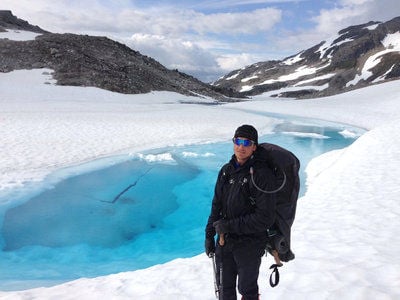 Two Kodiak-based Coast Guard rescue swimmers are about to embark on a challenging climb of Mt. McKinley as a way to honor the memories of Coast Guard heroes who have been lost in the line of duty.

On April 28, Petty Officers Jon Houlberg and Jason McGrath, rescue swimmers stationed in Kodiak, are going to Climb to Remember, raising money for the Coast Guard Foundation’s Fallen Heroes Fund along the way. So far, the two have raised almost $3,000. Their goal is $6,505 — the total represents the call sign of the helicopter crew of CG-6505, which crashed in 2008 off the coast of Hawaii, resulting in the loss of four Coast Guard aviators.

Houlberg and McGrath are experienced climbers, and have been training for the past several months in preparation of their climb — the idea for which has been percolating for more than a year.

“Our biggest motivation is doing something in our own way to honor people who were not just shipmates of ours, but people who were friends of ours,” Houlberg said, explaining why he and McGrath decided on climbing Mt. McKinley.

The Coast Guard family is so tight-knit, especially among aviators, that when tragedy strikes, it sends ripples throughout the community. Houlberg and McGrath knew or worked with several of the aviators who have died in recent years, including Fernando Jorge, who was killed in the crash of CG-6535 in Mobile, as well as Brett Banks, who was lost in La Push, Washington when CG-6017 went down.

“Regardless if you’re friends, it’s already a close community,” said Houlberg, who has been in the Coast Guard for 16 years.

Mt. McKinley, also known as Denali, is the highest peak in North America, and is recognized as one of the most difficult mountains to summit in the world. Houlberg, who said he’s “more excited than nervous” for the climb, is looking forward to the challenge of McKinley, adding that he and McGrath, who has been a rescue swimmer for 18 years, have wanted to climb the peak for a long time.

Houlberg said their Coast Guard training makes for perfect preparation to undertake the climb. Trust between climbers is essential, and since McGrath and Houlberg have gone through the crucible of Coast Guard search and rescue flights, they know they can trust each other, make difficult decisions on the fly, and carefully evaluate risk.

The two climbers have a Facebook page where they’ll update their progress regularly using a satellite device. Houlberg said his wife and kids will be rooting him on from the ground. McGrath and Houlberg are prepared to spend three weeks on the climb, since the weather on the mountain can be unpredictable.

The Fallen Heroes Fund provides funds for emergency assistance to the families of those who have died in the line of duty, including the cost of college for children. Houlberg said knowing that Coast Guard Foundation is there to provide for the men and women who wear the uniform is a great comfort.

“It means a lot,” Houlberg said.

UA's Johnsen finalist for top job at University of Wisconsin

Johnsen addressed the possibility of leaving in a letter to the UA community on Tuesday, noting he hadn’t been looking for a job when nominated for the one in Wisconsin but that the position aligns with his experience and skills.