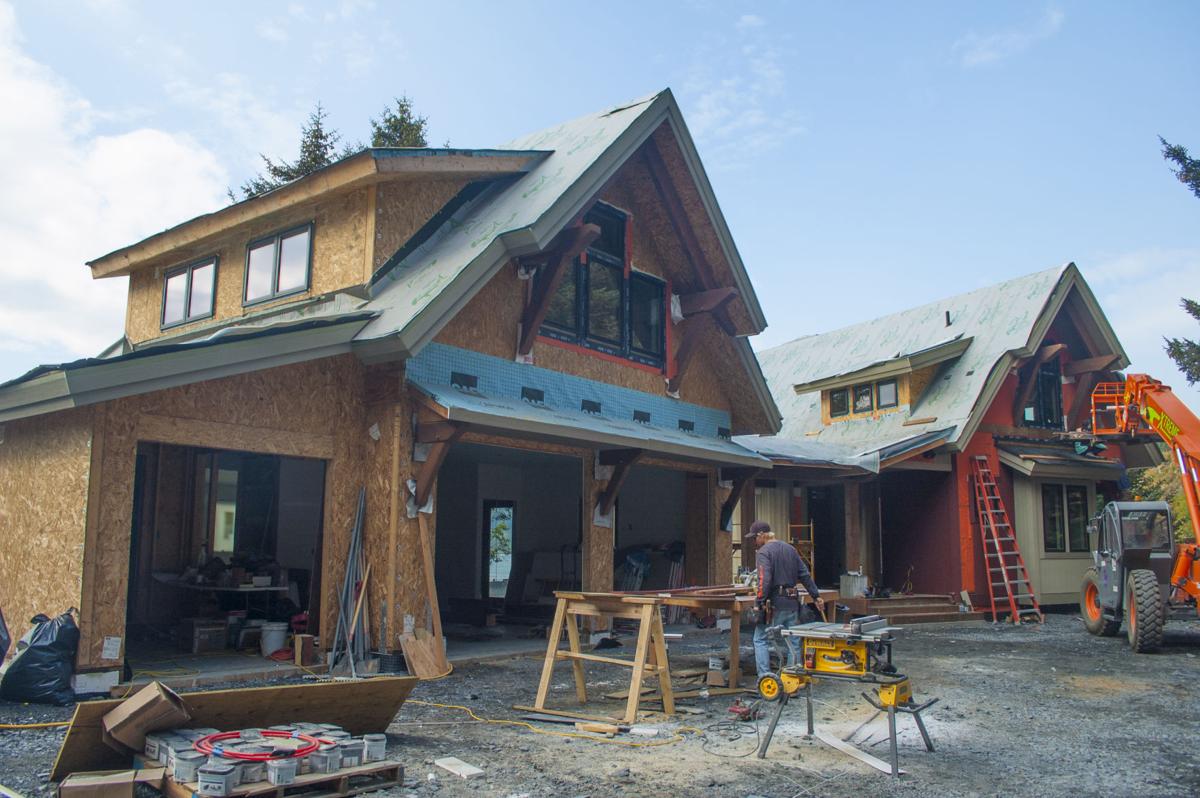 “The Cabin,” one of two homes currently being built at Cliff Point Estates, it set for completion by Sept. 20. 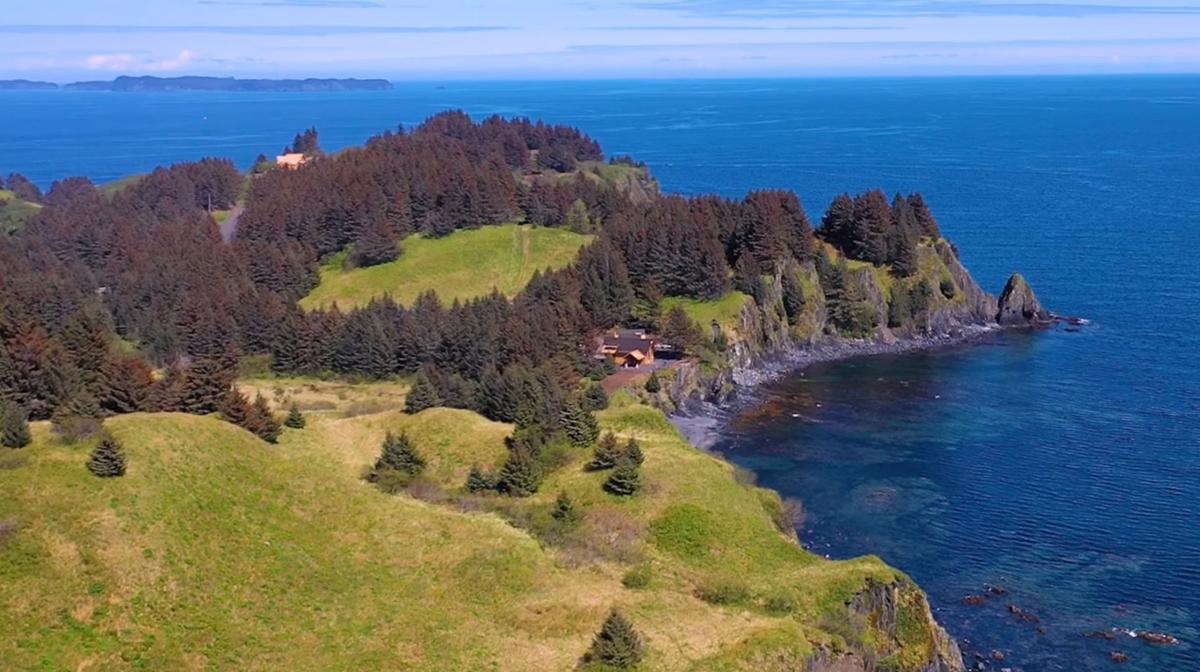 A free event on Sept. 21 will give Kodiak residents the chance to tour the two homes currently being built at Cliff Point Estates. 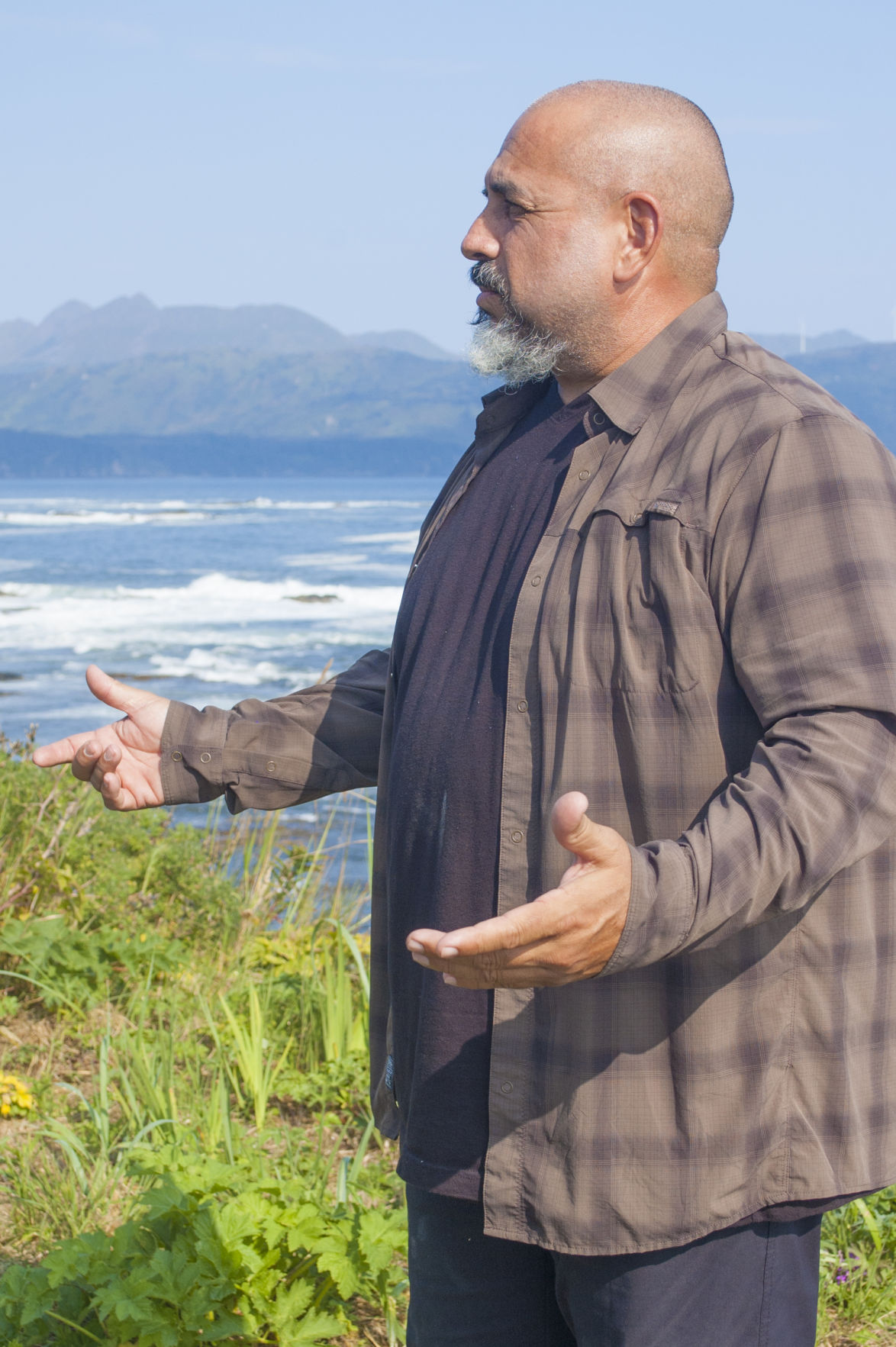 “The Cabin,” one of two homes currently being built at Cliff Point Estates, it set for completion by Sept. 20.

A free event on Sept. 21 will give Kodiak residents the chance to tour the two homes currently being built at Cliff Point Estates.

Three lots have gone under contract since sales began earlier this month, said Director of Development Joe Chaulklin. A total of 167 2-acre lots will be available in the 400-acre property by the end of the development project, which he predicts will take 10 years to complete.

In April, the Kodiak Island Borough approved rezoning the land from a conservation district designation to rural residential, paving the way to subdivide it into 2-acre parcels. Prior to that, the land was divided into 67 5- to 10-acre parcels.

“We identified that in order to make the lots more affordable for people in the state of Alaska, to give more people an opportunity to own out here, we reduced the lots to 2-acre lots,” Chaulklin said. “We’ve spent this last year rezoning the property, getting a clear master community plan in our minds. This is a huge opportunity for tax base for the community.”

Cliff Point Estates is planned as a gated community. Only residents and their guests will be able to enter the area. Chaulklin said the access road from the Chiniak Highway to the entry gate will be paved in the coming weeks.

Prior to the sale, the land was used recreationally by Kodiak residents.

“It’s only going to help the Kodiak Island in general with jobs, tax base,” Chaulklin said on the construction of new homes in the area, a 20-minute drive from the City of Kodiak.

While construction workers completing two homes on the Cliff Point property are based outside of Alaska, Chaulklin said that they are contributing to Kodiak by spending money in the town’s restaurants and other establishments.

Chualklin said he would hire construction workers locally if he could, “but there just isn’t enough manpower here.”

“It’s a huge economic stimulus,” Chaulklin said. “This is a 10-year buildout, so for the next 10 years, there will be a lot of jobs out here.”

One home under construction, called “The Cabin,” will be Chaulklin’s private residence. Another, called “The Olive,” is constructed as a model home that will be shown to potential buyers and ultimately sold.

The marketing campaign will be “a big giant fishing net,” Chaulklin said. “We’re going to cast that net far and wide, and hopefully it will attract a nice mix of local people, people from within the state of Alaska and also of those who want to disconnect from their busy life in the Lower 48.”

Chaulklin added that they plan to maintain the natural topography of the cape. The land is divided into 10-lot “neighborhoods” with names such as “Highliner,” “Anchor Cove,” “White Sands” and “The Point.”

Since purchasing the land from Lesnoi, the current owners have invested $8 million in developing the land and creating infrastructure to support future homes by paving roads and laying the groundwork for electricity and communications networks.

The development will also include walking trails and a 40,000-square-foot beachfront pavilion for the use of residents. According to Chaulklin, the initial plans for a boat launch site and dock have been put on hold, as the Coast Guard, which controls the waters of Womens Bay, has not given the green light for the project.

Chaulklin first became interested in Cliff Point Estates a year ago. Within a few months, he moved to Kodiak from his home in Jackson Hole, Wyoming, and took the lead on the development of the land.

“I have a passion for this property,” Chaulklin said. “I think when you believe in something, it’s very convincing.”

Chaulklin purchased 28 acres of land at Cliff Point Estates in October 2018, and intends to give much of that land to his five children, who live in the Lower 48.

While he is not opposed to buyers with the intention of creating vacation rentals, Chaulklin hopes most buyers will choose to make Kodiak their permanent home.

Cliff Point Estates will have a homeowners association, covenants and design regulations, which are expected to be complete by Sept. 20, Chaulklin said, noting that homeowners fees will start at $1,200 annually.

“There is a mentality here where Kodiak people don’t want to be told what they can and can’t do,” he said, adding that Cliff Point will be different. “I know this is a fishing community and the fishermen are the main industry here, but you can’t store your crab pots here. You can’t store all your fishing nets here. This is for you to leave your busy life … This is where you disconnect with your family.”

Chaulklin said the regulations can be amended if needed, but that homeowners will have clear restrictions on what they can and cannot do within their property. Because Chaulklin is a substantial property owner, he will take the lead on designing and maintaining the regulations.

“I’m not trying to change Kodiak. I’m trying to create something that will benefit everyone here, whether you live here or not. But change isn’t always a bad thing. Sometimes you need change to grow,” Chaulklin said.

In November 2017, Kodiak residents Chandler and Katya Johnson were the first to purchase land in the development, buying a 30-acre lot. According to Chaulklin, the Johnsons’ intention for their property does not match up with the community’s master plan, but some exceptions will be made for them.

“(Chandler Johnson) was here first. We’re going to work with him the best we can,” Chaulklin said. “There will be some concessions for their family moving forward.”

Chaulklin said that while the Johnsons maintain farm animals on their property, other property owners will not be allowed to do so.

“It’s not for everyone,” Chaulklin said.

So far, Chaulklin said he has shown the property to 50 groups of people from Kodiak. All three current contracts are with buyers from Alaska.

On Sept. 20, Cliff Point Estates will host an invite-only evening to “celebrate the existence of Cliff Point and all the people that helped us get to this point,” Chaulklin said. He hopes some “dignitaries” and local town leaders will attend the event, in addition to buyers.

“It’s a celebration of the end of the beginning,” Chaulklin said.

On Sept. 21, Cliff Point will host a 5-kilometer fun run, open to the entire community. The  course will run through the property and give community members an opportunity to view the model homes.

Jim Graham is president of Brechan Construction, Louis Rocheleau is vice president, Jascha Zbitnoff is operations manager and Mark Anderson is chief financial officer. Michael Martin maintains an advisory role in the company, according to the Brechan Construction website.

Speaking on Friday, Zbitnoff said he hopes the development will cater to the Kodiak community.

“We’re hopeful it could provide more lots to the community to address housing shortage,” he said.