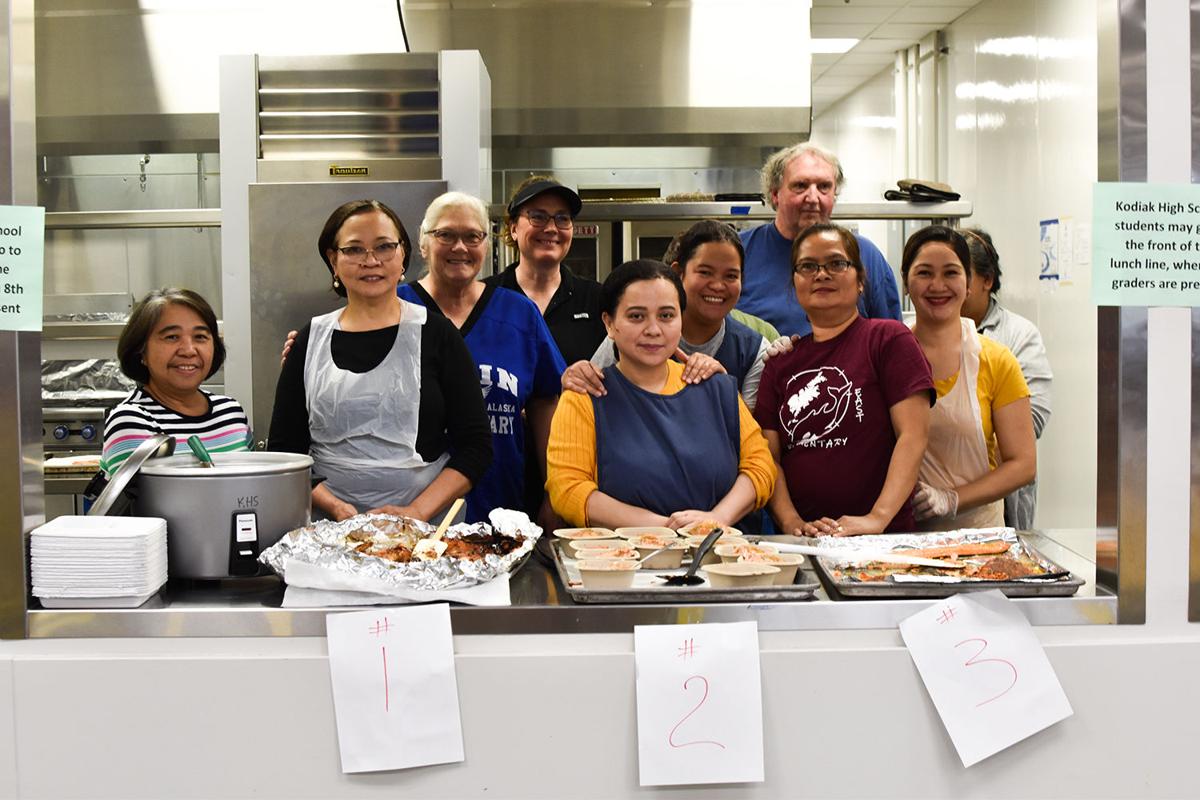 During a school district taste test to add a salmon recipe to the school lunch menu, cooks from schools across town gather to showcase each of their recipes. 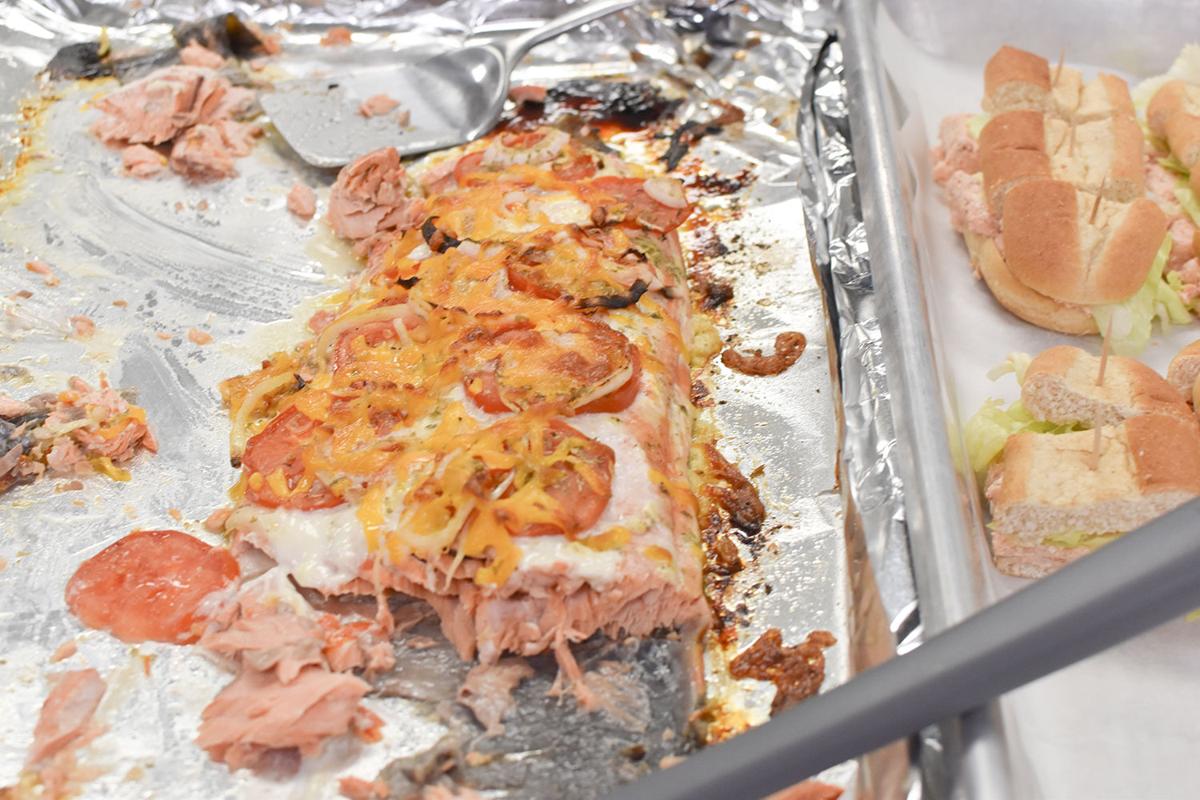 Pizza salmon, one of eight salmon recipes during a taste taste at Kodiak High School. Teachers and staff will vote for their favorite recipes to add to the school menu.

During a school district taste test to add a salmon recipe to the school lunch menu, cooks from schools across town gather to showcase each of their recipes.

Pizza salmon, one of eight salmon recipes during a taste taste at Kodiak High School. Teachers and staff will vote for their favorite recipes to add to the school menu.

The dishes included honey lemon salmon, baked salmon with an asian-inspired sauce, salmon over rice, paprika and brown sugar salmon, salmon pizza,  salmon-salad sandwiches, lemon salmon, and ginger salmon. Each recipe was crafted by a cook from a different school.

The 40 teachers and school staff acting as testers tasted each recipe and wrote their comments on a piece of paper.  Of the eight recipes, two will be chosen based on the comments and dish’s cooking time, said Leon Wallace, the district’s food service coordinator.

The school district also will use the salmon for fish sticks, Wallace said.

The donation was the idea of Bruce Schactler, a member of the Kodiak Seiners Association, who brought it up with the organization’s board of directors and spoke to Kodiak’s processors who voluntarily fileted and packaged the fish.

Taste tests are not a normal occurrence for school lunches, since most of the food is usually pre-packaged, said Chief Financial Officer Sandra Daws. School officials attend food shows at the beginning and end of the school year.

The last time Wallace remembers having a food taste test was three or four years ago when the district conducted one with high school students, which put honey sriracha chicken on the menu.

High school math and quilting teacher Alexis Jackson tasted the recipes and said she thought students would like the brown sugar and paprika recipe, which tasted like teriyaki and the salmon sandwiches.

“Some of the foods that they have at the hot lunch are pre-packaged in plastic, so they are just reheated food,” Jackson said.

The donated salmon has a lot more nutrition, she said. It is “real food that I would be proud to serve at home.

Although all students are eligible to receive school lunches, the number of students who choose to eat the lunches fluctuates depending on the day. The most popular day is pizza, served on Mondays, Daws said.

School district officials said they are grateful for the donation.

“I think that this (donation) is a reflection of how Kodiak works together and supports education,” said Superintendent of Schools Larry Ledoux. “We certainly appreciate the benevolence of the fishing community and we think it’s a great partnership and we appreciate Ocean Beauty for processing fish and the fisherman who donated it.”

“Hopefully we’ll have it next year,” Ocean Beauty Seafoods Plant Manager James Turner said of donating salmon to the schools.

The resolution cites traffic fatality statistics — some years the state has reportedly seen more fatalities from snowmachines on roadways than from conventional vehicles — and calls for more review.

An Alaskan gets a federal nomination, mining for minerals, and flying on bio-fuel

Five things in Alaska politics that you need to know this week.

The bill states that “unless authorized by federal law,” an employer may not require an employee or job applicant to undergo or show proof of a Covid vaccine “as a condition of employment.”